Your traditional zombies just won’t do it anymore; now you need human bodies that’ll morph into the most disgusting and foul creatures imaginable. Enter Dead Space 3, a game where dismembering monsters is encouraged, and putting your boot to their skull is something beyond satisfaction. As disturbing as that sounds, it’s up to you to save mankind from inevitable extinction from these things while being scared; very scared. Space may be dead, but Visceral Games’ survival horror series is still alive and in its most chilling chapter yet.

What Dead Space has been slowly building towards is a coherent storyline filled with rich characters. The past two games were mainly about getting the hell out of Dodge while leaving you with tidbits of interesting lore and character development. This is heavily expanded upon in the third game as the story is now a seek and destroy mission with Isaac Clarke going in search for the lovely Ellie, and possibly putting an end to the Markers for good. There’s a much larger cast of characters than before, and the majority of them bode well with Isaac, one way or another. Unfortunately, the Unitologist freak named Danik is far from a compelling antagonist and feels thrown in just to have someone stifle Isaac’s progression. 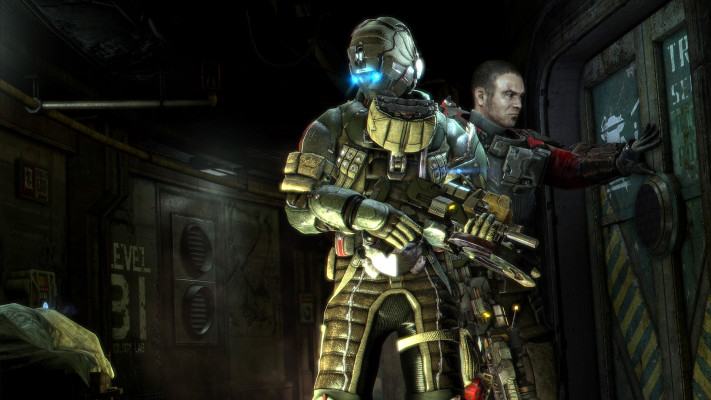 What’s more, since there’s cooperative play, Sargent John Carver will affect specific moments in the story ever so subtly. During a single player run, Carver will appear out of nowhere, generally in well-placed moments, and doesn’t seem too out of place from what’s going on. If anything, it almost feels as if he’s going through his own journey, something that would’ve been quite interesting to play. Going through with a friend will allow Carver to be a part of the action, affecting gameplay elements, cinematics and a few dialogue events during the course of the game. It’s definitely worth going back and seeing how things play out differently, not to mention how the pacing is compared to the more atmospheric solo campaign.

Speaking of which, fans have worried in the past that adding cooperative gameplay would damage any survival horror elements Dead Space may have contained; thankfully that isn’t necessarily the case. Sure, when playing with a friend there’s far fewer moments that will have you jumping out of your seat, but when playing through Dead Space 3 solo, your heart will be racing. What Visceral Games does perfectly is luring you into a false sense of safety and capitalizing on it. It’s not just monster closets and jump scares (they do those well, too), but small things such as fading out the music after a battle, only for there to be one or more creatures just waiting to pounce. It’s a dark and atmospheric experience that will leave you with a couple quick yelps.

The gameplay is pretty much what you’ve come to expect: dismembering necromorphs and facing tower-sized monsters. What has changed is that, because the main antagonist is just a man who rolls with a group of psychopaths, there are now weak humans who are looking to hunt you down. Facing fully armed soldiers is one of the disappointments as it turns Dead Space 3 into a generic third-person shooter. Thankfully, these segments are very few and most of the time those nasty necromorphs will join the fun and take care of them for you. There’s just something humorous about seeing a religious cult running away from what they seem to be striving for. 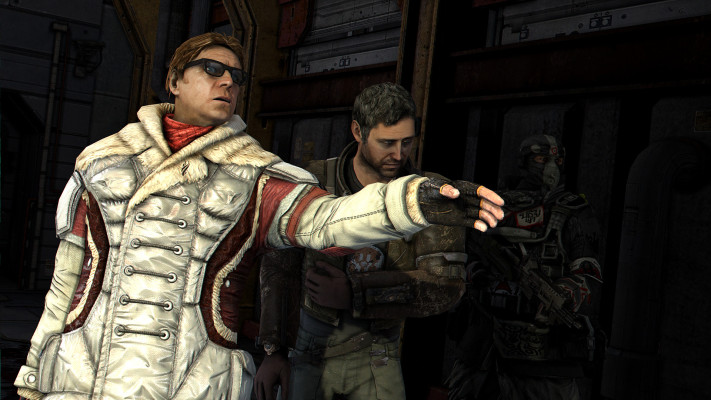 This isn’t just going around and shooting every moving corpse you can find; there are a number of puzzles scattered throughout each mission and they’re usually linked to some sort of mini-game. This usually consist of hacking terminals and lining up specific nodes on a computer. It’s a nice break from the action and atmosphere, but these are generally not all that fun to do. After playing Tetris with a couple pieces of cargo, you begin to realize this isn’t what Isaac was meant to do. It’s also a little disconcerting that the game seems to have a lack of asset variety. There’s no doubting the visual brilliance Dead Space 3 contains, but the majority of the enemies are rehashed from previous games, and once you’ve seen your first underground side mission, you’ve seen them all. They even go as far to use the same rendered clip from the second game to show you how to use kinesis to rip off a necromorph’s arm and beat him to death with it. Regardless, there are still a number of enthralling and disturbing events that are considered foreign to this franchise, but don’t expect the third game to reinvent anything in any way. It plays and looks like Dead Space, just with more snow.

One of the new aspects to the series that’s a step in the right direction is the ability to take on side missions. Because the game moves at a linear pace, there needs to be a bit more variety; that’s where these side areas come into play as they allow you to take a break from the main quest and go searching for treasure. Unfortunately, these missions are generally not all that exciting to take on. I found myself not knowing what I was doing and just going from point A and to point B until I received a big chest of gold. Then again, that’s an aspect of many open world games these days, and Dead Space 3 is partially that. Don’t get the wrong impression; this is still a linear game, but there’s a coating over open world adventure and traversal that is available if you want it. Generally though, there’s not much to find; if you don’t know already, space is almost entirely empty. It’s definitely something to improve upon, but it’s good they’re incrementally implementing it. 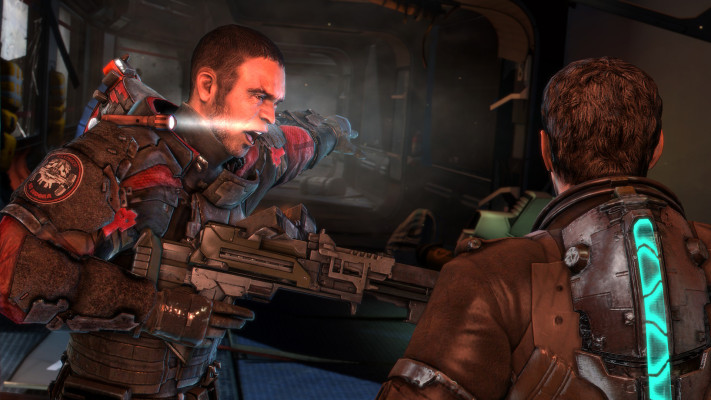 Dead Space 3 is a worthy successor to an already ambitious franchise, but it doesn’t come without its faults. Sure, it has a larger scope and a more intriguing storyline, but there are some questionable design choices mixed in with the thought of déjà vu. Regardless, Dead Space 3 retains its horror brilliance in offering a moody, atmospheric adventure full of exciting events. Its exponential size and approachability will have both diehard fans and newcomers alike dreaming of what’s next.