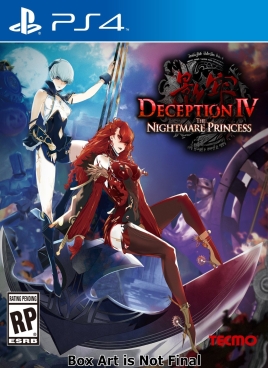 Tecmo’s Deception series has carved a quiet niche out for itself since the original PlayStation era. This trap-centric strategy game combines cunning with brutal violence like no other. Realistically, no other company has even tried their hand at this sub-genre, and it’s a bit surprising because traps have a fairly universal appeal. While the ones included here go far beyond putting a bucket on a doorway and dropping water on someone underneath it, they’re also timeless acts of mischief. Only this series and PS2’s Trapt on have really made use of them.

As its name implies, Deception IV is about misleading enemies into various traps and implements of destruction placed around the map. By default, a stage will have three traps selectable with either a shoulder button or d-pad press that can be alternated between. Each trap needs to charge up, as does your kick attack. This kick can either daze enemies or throw them into the path of a trap that has already been set. You can also combine traps — so if you have a springboard, you can hurdle someone into either the path of a swinging axe or just put them into a wall or some other implement of torture.

It’s a surprisingly fun concept reminiscent of Haunting Starring Polterguy, but with a far darker bend. Plus, this has scantily-clad female characters for whatever reason, while that didn’t. You can either play as the daughter of the devil Velguirie, who apparently hates clothing given her attire, or Laegrinna. a platinum-haired beauty with the lowest-backed getup in gaming history. There are alternate DOA outfits that would go “man, that’s just too revealing,” but it works for her and doesn’t impede her ability to impale people, so why try to fix a formula that isn’t broken?

Number-based traps let you keep a bit of a guideline in your head of what order to place them in. You can have a comedy trap for the first one, then a slightly more physical trap as the second, before concluding with something that would otherwise kill in one shot for the third. You can mix and match things however you like though, and while story missions will restrict trap selections, there are options available to showcase creativity. The story modes themselves are essentially extended tutorials with some dialogue in-between the missions. It’s not riveting, but it’s amusing stuff that provides some context to the in-game violence. 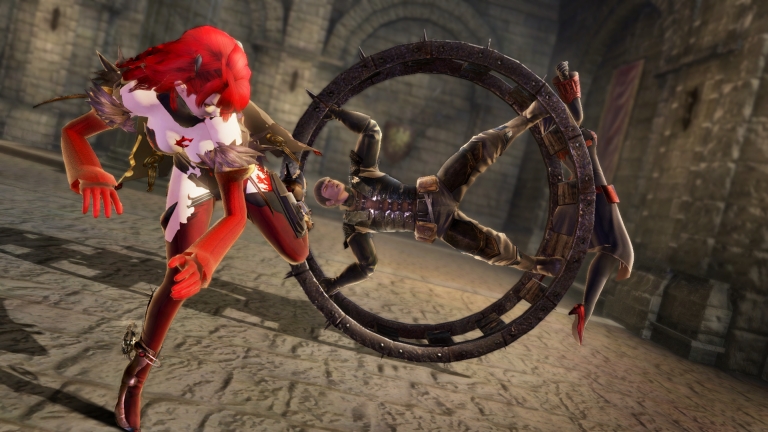 Deception IV has one of the best tutorials out there because it makes anyone who either hasn’t played an entry in this game before, or done so in a while, familiar with everything. Trap order, trap placement and how to combine traps with your kicks is taught. Gauge monitoring is also your friend, as is camera placement. Turning the camera to more of a side view allows you to get a better read on where the opponent is in relation to a trap. After a few uses of that trap, you learn its timing, and can then ace stages in no time.

Doing so feels fantastic, and you now have the ability to brag about your top-level games online. Clip uploading is available, and if you want to boast, you can put your stuff up. Those seeking to improve can learn from the masters, and if you have save data from a prior version of the game in the PSN cloud, you can just download it onto your PS4 and resume your play. They thought of pretty much everything someone could imagine with a game like this — including stage and enemy creation.

Enemy creation is a bit limited and mainly just allows you to change skin, names, attire, behavior, and weapons. That sounds extensive, but doesn’t allow you to do much visually — so if someone’s expecting a full creation suite for that part of the game, you’ll be a bit disappointed. However, you have far more freedom when it comes to stage creation. That’s where the imagine comes alive, and the already large online library of downloadable stages ensures that Deception IV will have a shelf life far beyond its story mode. 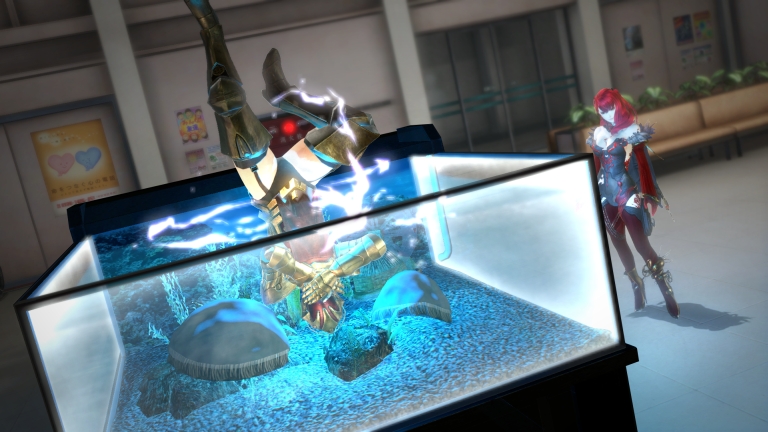 Visually speaking, Deception IV isn’t going to win any awards. It looks like what it is — a re-release of a PlayStation 3 game. The texture work has been gussied up a bit, but not to an extraordinary degree. Ground textures and trap textures look fantastic more often than not. Bodies still have an early PS3 look to them though, with an action figure-style look that is slightly off-putting at times since the characters lack any facial expressions and the only way to tell joy or pain is through the voice work. Animation is reasonably good, with lifelike movement for the kicks and more exaggerated motions when needed — like some of the sillier traps.

The Nightmare Princess‘s soundtrack is one of the best out there. The music is epic and would feel right at home in a God of War game. Instead, it’s here for you to massacre people in a completely different way, and it works beautifully. Mission success results in one of the coolest and most stirring chants you’ll ever hear in a game. It’s a large chorus of people singing, and gets your blood pumping after the blood of your foes has been spilled. The use of Japanese dialogue with English subtitles may not be for everyone, but the game’s very concept isn’t either. The use of subtitled dialogue ensures that the original game’s creepy flavor with the acting was retained, and eliminates not only costly voice over sessions, but the possibility of a bad dub ruining the game. 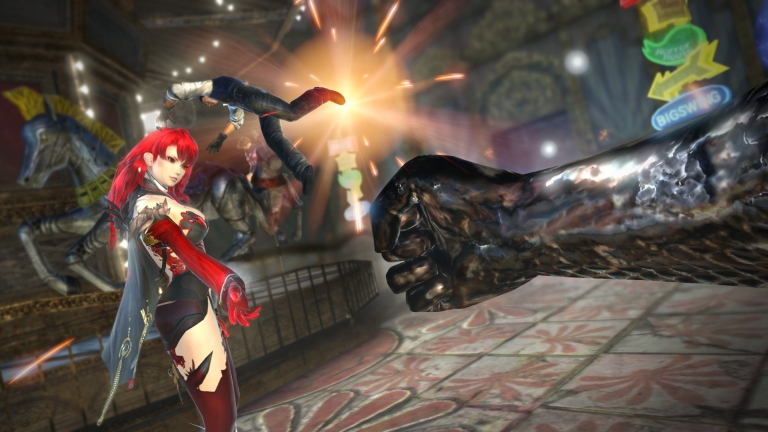 Deception IV: The Nightmare Princess offers up the definitive edition of the newest entry in the series. As a result, it’s a highly-polished experience that benefits from some extra care. There isn’t a lot wrong with the game objectively, and the concept is executed about as well as could be expected. The graphics aren’t going to push the PS4 to its limits, but the soundtrack is stirring and something that will catch many off-guard. Anyone looking to get into the Deception series should do so with The Nightmare Princess, it’s as a top-notch game and one destined to be a cult classic down the line.