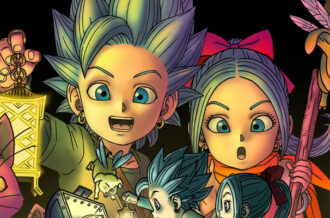 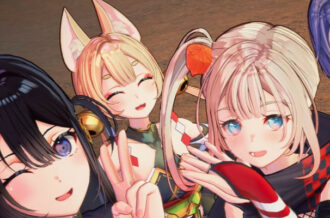 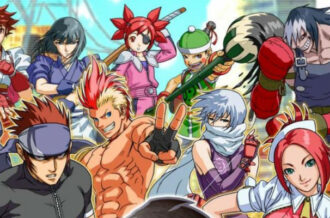 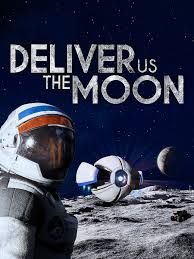 Deliver Us the Moon

“There was a time when resources seemed endless. But in 2030, the great energy crisis began.” In a not-too-distant future where the Earth has become a barren wasteland tapped of all resources, Deliver Us the Moon paints a hard-hitting picture of humanity on the brink of collapse. It’s a parallel that can be made with our own world where geopolitical maneuverings have led us (as a globalized society) to a crossroads of climate crisis and resource depletion that must be acted upon swiftly. While Deliver Us the Moon takes these events to an escalated worst-case scenario, the inspiration is clear. In this future Earth, climate runs rampant by creating droughts, famine, dust storms and other severe conditions not suitable for human life. With no source of energy on Earth whatsoever, humans look to the stars for answers. A global council of Earth acted swiftly and created the World Space Agency (WSP) to send problem-solvers into space. Luckily, humanity only needed to make one giant leap over to the Moon, where the powerful Helium-3 isotope could be mined for energy. Deliver Us the Moon tackles difficult subject matter with an engaging story and gripping gameplay that will leave players on the edge of their seats. The title excels at creating atmosphere fitting of the absolute loneliness of space while supporting players with intuitive, natural mechanics. There are so many great things about Deliver Us the Moon, yet there are some story components of the game that have us calling Houston with problems and keep it from reaching its full potential.

Once the World Space Agency (WSP) was created, precious resources were used to send humans to the Moon. Humanity was able to fully colonize the Moon by 2032 and create a permanent mining base responsible for collecting Helium-3 and sending it to Earth. Humanity’s brightest scientists were able to come up with a transfer process where energy could be sent to the Earth via Microwave Power Transmission (MPT). This Helium-3 was able to solve the energy crisis for decades to come until the Earth could come up with some other energy alternative. In 2054, however, the Moon went dark. An MPT Blackout stopped all transfer of Helium-3 to Earth with no warning or communication. One day, Earth just stopped receiving messages and resources from the Moon; this was a death-sentence for Earth. With no resources to send a crew to check out the Moon, the world lived in a Blackout for five years. 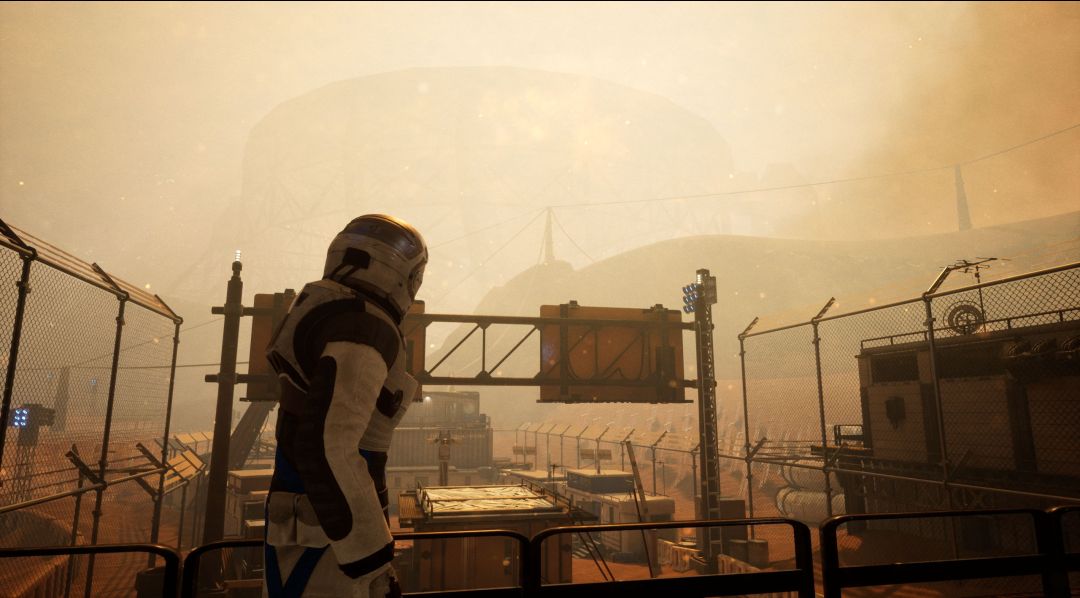 Five long years without power or major resources continued to put a strain on the Earth. Yet a small former group of colonists and members of the WSP worked tirelessly to gather enough resources to send one person to the Moon to find out what happened, and ultimately, deliver the Moon back to its former glory. Now the year is 2059 and we are about to launch to the Moon as a lone astronaut with the weight of the world on our shoulders. The journey begins still on Earth. Immediately, Deliver Us the Moon hooks the audience with a gripping story about human tragedy. The gravity of the situation is implied by the way the Earth is falling apart. This is a do or die mission for the fate of the world. As you suit up and get ready for launch, the title makes sure to set the tone with a beautifully-haunting soundtrack and bleak, yet beautiful visuals to represent the overall situation. As the little puzzles are solved to initiate launch sequence, the title forces you to interact with the surroundings to gather information for how to bypass and solve puzzles. This is a constant theme throughout the game where puzzles interact well with the environment. Upon arriving to the space station that serves as an elevator down to the Moon’s surface, a myriad of puzzles must first be solved to bring functionality to the station that will actually allow passage down to the Moon.

Searching the environment is necessary as there will be helpful puzzle components hidden throughout, as well as collectibles and pieces of lore for the diligent player. Yet it can never be so easy as going from one point to another seamlessly. Deliver Us the Moon makes use of excellent physics mechanics to make players flail around aimlessly in zero gravity situations. Within the space station, it’s easy to float around, but the physics are spectacular as you can spin out of control if not careful about balance. Even a lack of attention to surroundings prove confusing as you’ll find yourself floating upside down, “didn’t I just come from over there?” Throughout the entirety of the game, its physics mechanics stand at the forefront to add that extra layer of realism to the title that elevate the subject matter appropriately. This lack of control is actually what Space is all about, isn’t it? While we believe we can control Space, Deliver Us the Moon reminds us of the opposite. Despite the challenge of zero gravity, a point is reached to make the elevator optional again, but it couldn’t have been that easy, right? 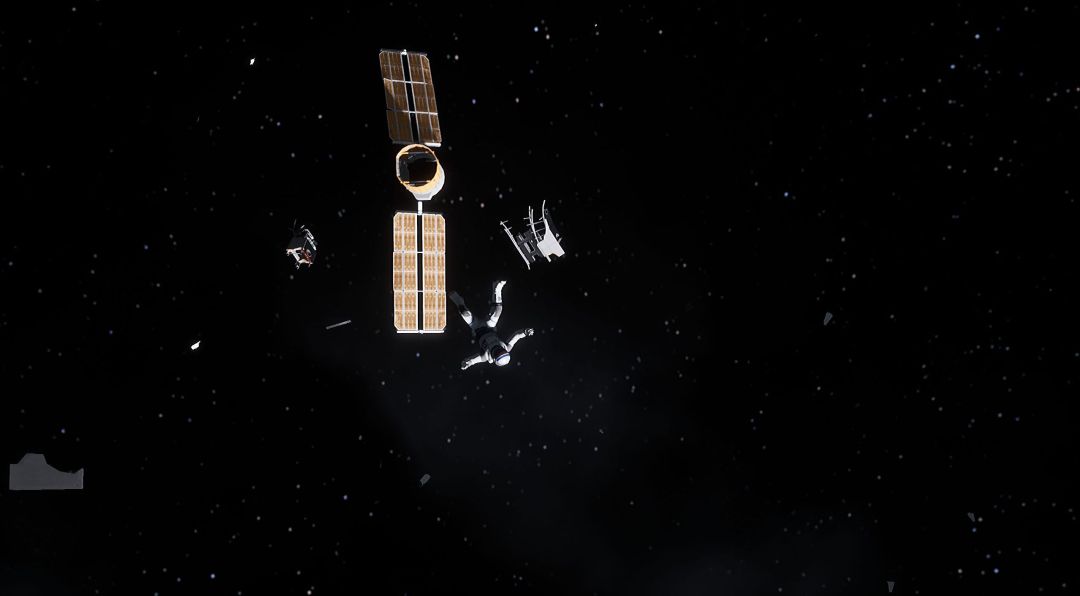 “Looks like we patched power,”I thought to myself. “Let’s go ahead and start it up!” Finally, we’re going to the Moon! But what would any game about Space be like if it didn’t thrust you out into the endless vacuum of the void to experience it first hand? There’s a surge in power that causes an explosion to breach the station’s hull. Out into the inky black we go. Deliver Us the Moon uses situations such as these to create a sense of dread and further atmosphere. The escalation of the story is something to admire because of the way it balances moments of calm with thrilling moments that make the heart race. To be perfectly honest, this writer dreads the endlessness of Space, so it was a horrifying experience to be vacuumed out and hurtled across the void with nothing to hang onto. Calling upon inspiration from media works like Interstellar, Gravity, 2001: A Space Odyssey, etc., Deliver Us the Moon understands how to balance loneliness and isolation with an expanse so large the human mind cannot comprehend it — how one can feel so claustrophobic in such a huge void.

Deliver Us the Moon not only shines with its atmospheric gameplay, but it also a concrete narrative that explores various themes like survival, sacrifice and science-fiction. Notes can be collected within the environment and there’s even the ability to playback recorded security tapes once a friendly AI companion is obtained, ASE. Similar to how it felt running around with a Companion Cube in Portal, ASE becomes a little companion in the vast loneliness of an abandoned Moon base. Appearing very inspired by Destiny’s Ghosts, ASE can be expressive and can even help scan items or solve puzzles. Using ASE’s playback feature, clips can be picked up around the base that show how the power blackout actually goes deeper than just “malfunctioning” equipment. Based on clues found and recordings, it appears a secret operation was set in place by colony leaders to abandon both the Moon and the Earth to depart to new worlds that aren’t dying. But that couldn’t be possible, could it? 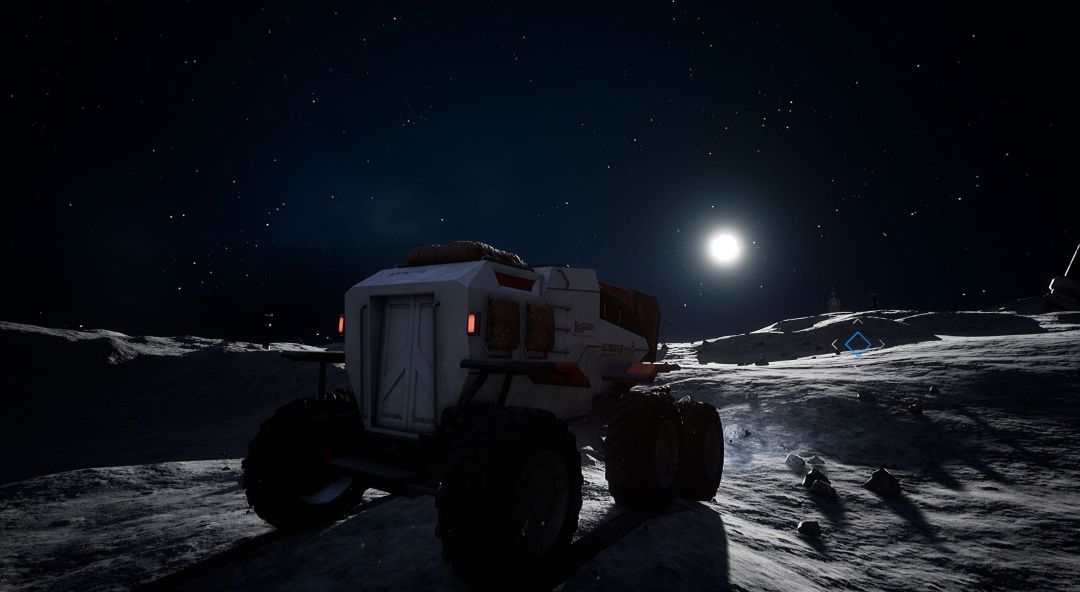 After arriving on the Moon, players hop around to other stations to attempt interconnected power link-ups. By reactivating each station and then activating the main reactor, power could be returned to the Earth! Yet as the quest continues, the story weaves an even bleaker tale of backstabbing, abandonment and even murder. It appears the colonists tore themselves apart while some evacuated and others remained. It’s learned that it was always the plan to leave Earth to rot. Mixed feelings arise as it’s learned some colonists chose to abandon their fellow humans on Earth for new opportunities. Other colonists couldn’t fathom letting their friends and family on Earth die slowly. It’s learned that colonists not willing to evacuate were met with brute force. The title explores how humans can often prioritize self-preservation above others and it also explores how humans cannot survive without one another either. These themes come to a climax as we learn how all of this came to fruition. The story may start slowly, but it does escalate quickly to gripping and emotional moments about life, loss and sacrifice.

Deliver Us the Moon has a little bit of everything in one small package. Gorgeous atmosphere and visuals help create a true feeling of being out in the isolated atmosphere of Space. Not only do players get to float around in zero gravity in space stations, but are also able to explore the Moon’s gorgeous surface on a quest to bring the MPT back online. The puzzles are challenging enough utilizing natural intuition for solutions so that it’s not an overly-frustrating experience by any means. Where players may see a snag in the title is in its play-time and its story. It took me about 4.5 hours to complete the game and that was with me being as diligent as possible. I won’t say that the quantity of play-time is necessarily indicative of the title’s quality, but there’s a cost benefit one may want to consider before purchasing such a small title with almost no replay value for $25 USD. Again, the title being only roughly five hours long does not detract from its quality of gameplay, story or atmosphere at all, but when we assess games it is important to consider all of its factors (as an example, Man of Medan was released not too long ago with a similar price point and play time, but it has multiple playthroughs that add replayability). Another area that catches a snag is the ending narrative, which is abrupt. In the end, you’re able to complete the mission of bringing power back to Earth, but that’s it. While you find out what happened to the other colonists who evacuated you never get any sense of closure for the overall event. 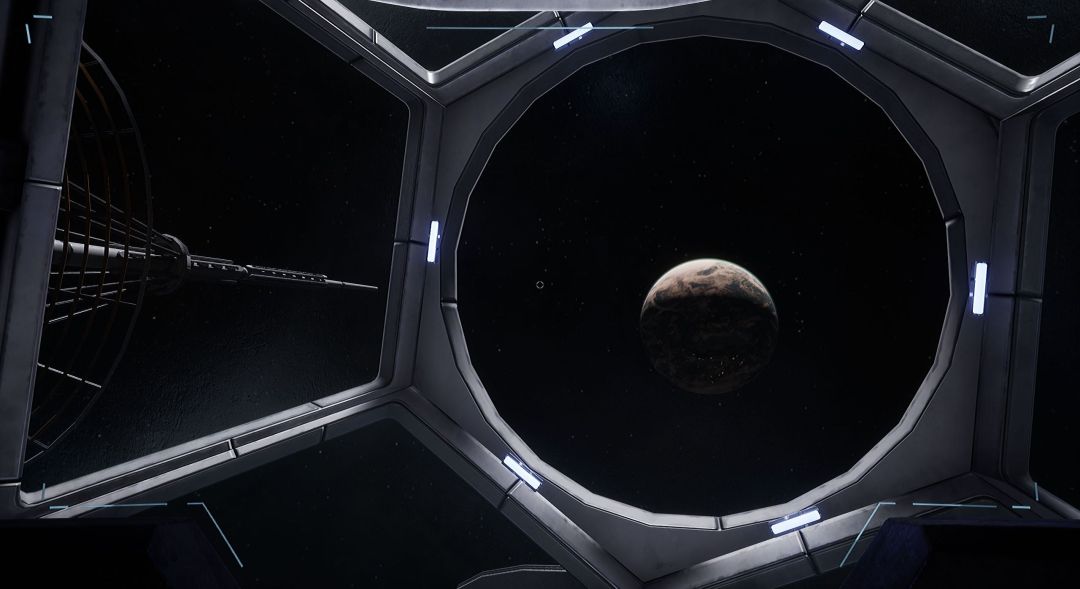 Deliver Us the Moon is a surprisingly emotional story about the indomitability of the human spirit and the sacrifices of the few for the many. I did not expect to feel so emotional by the end, but the title tackles heavy subjects with such grace that it becomes touching. This, combined with beautiful graphics and an amazingly-constructed atmosphere create a thrilling experience in Space. While the title does do a lot of great things with visuals and gameplay, the story comes to an end with no real definitive solutions. By bringing power back to Earth, are we not still stuck dependent on an outside source of power? Just because we brought power back to the Earth, does that really mean everything is solved? What of the other colonists? Did they actually find another planet to settle? There are a few loose ends here that detract from the overall story and leave us asking, “that’s it?”  With one group thinking the Earth can be saved and the other planning to evacuate and start over somewhere else, there doesn’t seem to be any real conclusion (I recall a similar feeling after watching that third Matrix movie). But maybe that’s not for us to know. Maybe what we are supposed to know is that as long as there is a glimmer of hope, humanity will find a way. While the title does not have a quantity of gameplay, it sticks to its indie roots to make sure there is quality in what little there is. If you’re looking for a gripping, emotional science-fiction story, Deliver Us the Moon is waiting.