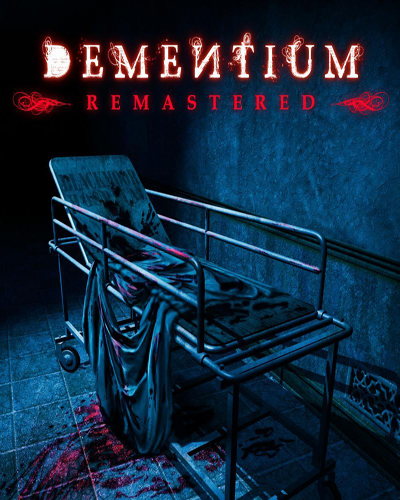 Released eight years ago for the Nintendo DS, Dementium was something of a novelty, being a first person shooter survival horror game — and a effective one, at that — on a platform that didn’t boast too many similar games. Developer Renegade Kid has spruced up the 2007 graphics and added some welcome concessions towards user-friendly gameplay. Dementium Remastered for the Nintendo 3DS looks and plays better than the original, but there are still some annoyances in the control scheme and combat.

You wake in a seemingly abandoned psychiatric hospital and must navigate what feels like an endless progression of spooky corridors, armed with only your flashlight and a series of weapons that you find along the way. There are keys to find, puzzles to be solved, and a fair amount of non-linear backtracking to open doors, locked gun safes and the like in order to progress. And of course there are all sort of scary Doom-influenced monsters to fight — or run past, if that’s your preference.  There are groany creepy corpse zombie monsters with their beating hearts exposed, ghost girls, screaming baby monsters, insects that sound like helicopters and disembodied head monsters. The sound design is generally excellent and an integral part of survival, as the enemies usually reveal their presence aurally first, which is great as the levels are very dark. The music ranges from an melancholic piano theme to repetitious cues that cycle through too often. Turn down the sound and you lose the clues that enemies are nearby.

Using your flashlight does a good job illuminating the surroundings, but the act of switching from flashlight to weapon, or cycling through weapons, means an awkward moment of taking the thumb off the stick to operate the D-pad. losing temporary control and sight of the enemy. Just taking the time to switch to a weapon can be a crucial one in a fight, and holding the 3DS with one hand is fatiguing. Movement can be via the thumb stick and stylus, or thumb stick and face buttons, though that method is pretty imprecise. Players with a Circle Pad Pro are in luck as the game supports newer systems and add ons. 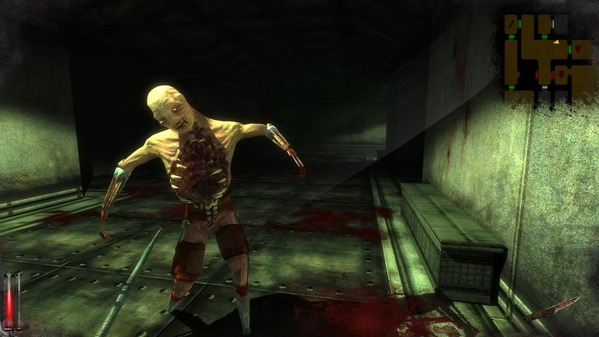 Overall, the upgraded 3D visuals, lighting effects and jump scares are well done but there isn’t much variety in the halls and rooms and getting turned around is easy. There is a map — and a very handy notepad on which to take memos — but no way to add notations directly to the map. Save points are not shown on the map, either, but the game now supports multiple user saves, which eliminates a lot of really needless replay. Happily, monsters do not respawn from cleared areas.

At normal difficulty, there are enough medicine bottles and ammo to be found so that the game is not too frustrating. Combat comes down to a combination of knowing which weapon is effective, and knowing how to fight the interface/controls in order to balance both an effective use of the flashlight and a weapon. There are six bosses — including a couple of repeated ones — and they are all difficult and time intensive fights, if not terribly tactical. In fact, the boss fights probably take up a very large percentage of the game’s length. One could replay the game on higher difficulties just for the challenge, but one time through pretty much lets you see all the game has to show you and offer in terms of combat and game play. It’s not like the controls become less awkward on the Nightmare difficulty. 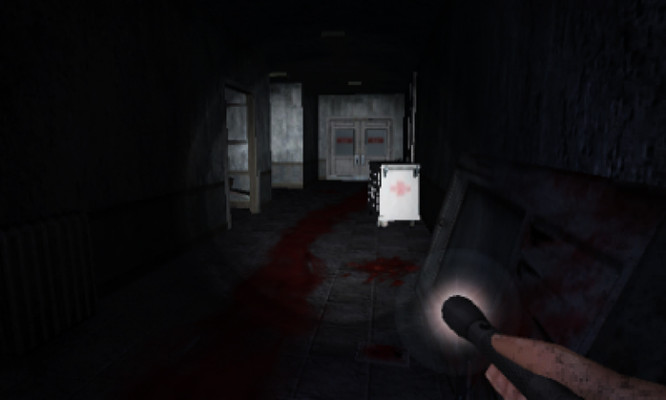 Other than the Resident Evil offerings, there simply aren’t a lot of good survival horror games on the 3DS, so even this remake of an eight year old game is welcome. In a marketplace where the genre is well represented by dozens of games on current consoles and PC, nothing about Dementium Remastered is going to seem revelatory, but it’s a competent update to a game much appreciated by fans in its day. It looks good and sounds creepy and unsettling and though Renegade Kid has tweaked the gameplay and systems to make it friendlier, Dementium Remastered is still a victim of some awkward controls, borderline bland level design and an overall feeling of repetition.