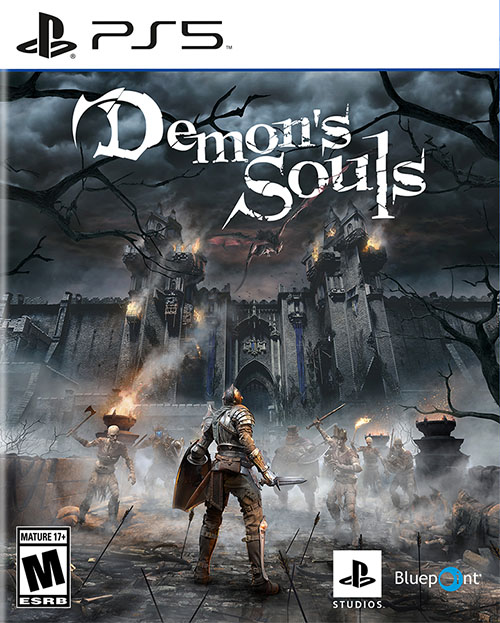 Released back in 2009, Demon’s Souls started a revolution that would propel FromSoftware into being an Action RPG focused developer. Sure, they had King’s Field under their belt, but they made a name for themselves with titles such as Chromehounds, Metal Wolf Chaos and of course the Armored Core franchise. It has been seven years since we’ve seen a mech-based title from the Japanese studio as they have been working on a franchise that would capture the hearts and minds of gamers across the world. Of course I am talking about the Souls franchise. With the release of Demon’s Souls, we saw FromSoftware move to Dark Souls, which has sold millions of copies across the last decade, and of course the award-winning Bloodborne and Sekiro: Shadows Die Twice, each following a similar, but slightly different formula. Sony has recognized its success and tasked Bluepoint Games, well known for remastering classic series such as God of War, Uncharted and Metal Gear Solid, along with remaking Shadow of the Colossus a couple of years ago, to remake the original Souls title. With FromSoftware no longer at the helm, has the Texas-based studio done the PS3 classic justice or is the Souls formula best left in the hands of the original creators?

If you have played a Souls game before, you’ll feel right at home, at least relatively right at home. There’s a reason why Demon’s Souls is regarded as the hardest Souls game, as there’s a lot of elements that were streamlined and eased in future releases, whether you see them or not. While you’ll still be leveling up and putting points into attributes such as strength, magic and endurance, the world’s design is a lot more unforgiving than ever before. It’s not only the amount of traps that can be found, but rather the lack of shortcuts, as well. Dark Souls is known for its open world where you’ll go between bonfires and find ways to cut your time to the boss by a significant margin. That’s rarely the case in Demon’s Souls. For starters, this is a stage-based design, meaning there are five different main areas you can travel to, none of which are connected to one another other than being somewhere in this fantastical world. That means there are no checkpoints to be found; it’s the one at the beginning of the map and one when you slay a demon boss. Obviously there are still some shortcuts in the world, but don’t expect them to cut the time you need to travel to the boss room by a decent margin. When you die, you’ll be put right at the beginning of the map with little aid. This only adds to the satisfaction you will feel when finally taking down a boss, each with their own unique traits and move sets. 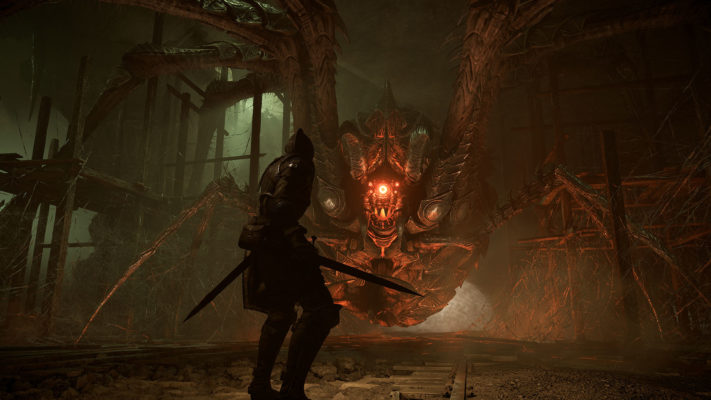 Bluepoint Games has done a magnificent job in recreating the work FromSoftware was able to accomplish over a decade ago, adding to it ever so slightly. Everything you’ve come to love from the game remains intact, from the grotesque monsters and their attack patterns to the vague storytelling. It’s essentially what they did with Shadow of the Colossus in a much larger-scaled game. Coop plays a bigger role than ever before, though, as it would appear the limitations between characters has been removed or nerfed considerably as we were able to play at level 50 with a lower level 10 player no problem. In addition, password matchmaking has been added to better ensure players can find their friends among a slew of markers, which is a huge help. Bluepoint has taken out some of the glitches, such as the item dupe, but has left in things such as the rolling shortcut in 4-1. You can even still cheese/farm a certain enemy at the beginning of The Ritual Path in Shrine of Storms. Almost everything is here and it just feels good to go through it again after so long.

While Demon’s Souls stays mostly true to the original game’s mechanics, there are aspects I do wish would have been moved into the modern era. For starters, item burden was done away long ago, and for good reason as it hinders your ability to pick up items in crucial moments. Considering healing items aren’t stored in a Estus Flask but instead are depletable and actually have a weight value, not to mention pieces of armor you pick up can weigh a considerable amount, it makes organizing your inventory all the more time consuming and a bit of a chore. To a certain degree it ensures you won’t have a mess of items, having to scroll through an endless sea of gear to find what you’re looking for mid-combat, but still, having to send items back to the Nexus when you want to use them right away is a hassle. Also, how coop works is that only phantoms can be summoned, meaning you will need to kill your character in order to join another player’s game. You are forced to purposely cripple one’s self in order to play with friends or help others, which is not an enjoyable way to play the game, especially when one of my favorite past times in Souls games is helping poor souls with fights. There’s being faithful to the original, but then there’s implementing features that only have improved the streamlining of their games.

Visually, Demon’s Souls is beautiful. The lighting, model quality and particle effects truly are that of the next generation and all of this can be played at a silky smooth 60fps. Demon’s Souls was never a game that looked spectacular from a technical standpoint, nor were the Dark Souls games for that matter. It was about creating an atmosphere like no other, where you’re immersed within this dark and dreary world filled horrors around every corner. For the most part, Bluepoint was able to successfully convey that in the remake by going through every inch of the game and recreating it for the next generation. I say for the most part because there are some artistic choices through the environmental and monster design in specific sections that leave much to be desired. Sometimes it looks like something straight from FromSoftware’s disturbing playbook, other times it looks like a generic design that looks too clean for its own good. It doesn’t help that some of the animations are janky, although I suppose that leads to the original’s charm. The load times are also something to make note of, as no longer will you have to wait an exorbitant amount of time after dying (which will be a lot), as it takes just a couple of seconds to get in and between load times. Finally, the sound design is something to marvel at, as not only has the music been redone to a masterful degree, but the sound effects are meticulously created and applied. The sound of a dragon’s wings and fiery breath has never sounded so good, not to mention the subtle bell sounds within the Tower of Latria. 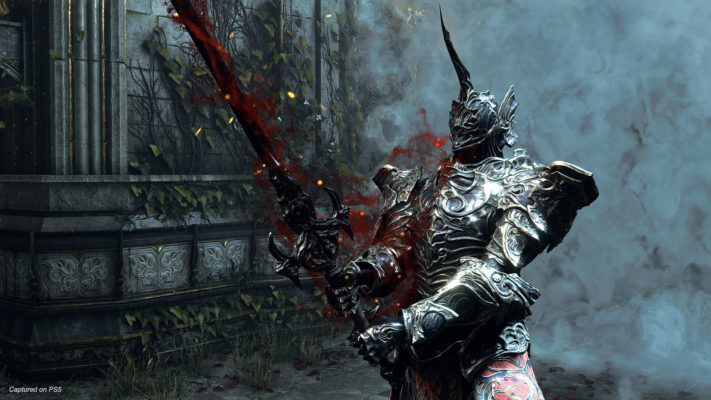 Demon’s Souls is not only the best PlayStation 5 game, it’s the next-generation experience you were hoping for. Now granted, it is the only title that was developed for the new console without a last generation iteration, but that doesn’t mean the words hold little value. I had my doubts coming into this; it’s hard to mess up a FromSoftware formula, but there’s always concerns from not having the original team at the helm. Thankfully, Bluepoint Games proved they are more than capable of recreating the 2009 classic and even adding to it ever so slightly. Now this doesn’t mean it’s a perfect remake, as I would have loved to have seen some changes to a handful of components, such as item burden and online. Coop has some unfortunately limitations, specifically only being able to summon phantoms. It doesn’t help that, as of writing this, we’ve run into a considerable amount of lag in the game, where it can be borderline unplayable at times, something I hope will be ironed out. Regardless, these are minor issues to an outstanding core game. Strategically moving through the claustrophobic mines to getting trapped in a cell with a Cthulhu-looking wizard, you will be on the edge of your seat from start to finish, and even will want to progress through new game plus. Demon’s Souls is the game to get a PlayStation 5 for and arguably the best launch title in the last couple of decades.