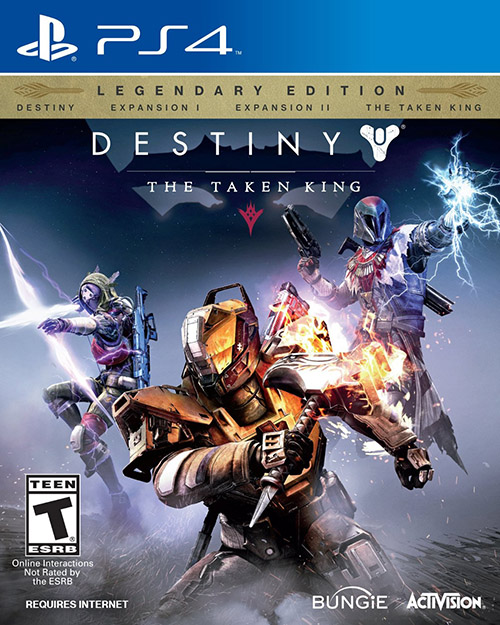 Destiny: The Taken King has arrived one year after the polarizing Destiny and its two disappointing DLC packs. After beating the lackluster story, Destiny offered little for players to do except pray to RNGesus that a certain piece of loot would drop. DLC packs The Dark Below and The House of Wolves added a few new story missions, maps, two modes, a raid and a new hub world, but neither added enough to the endgame to make Destiny worth playing for hours on end. From day one, Bungie’s mantra with The Taken King was to address the problems of year one. Have Bungie done enough to bring disillusioned Guardians back to the light?

A slew of features have already been reworked as part of Update 2.0. The dreaded Light System that forced players to hunt for very specific gear has been entirely retooled. Light is now calculated by averaging the attack power of the three weapons with the defense power of the gear. Though a high Light Level is required to access The Taken King’s toughest activities, there is no need to pray to RNGesus to get specific loot. Update 2.0 also introduced the Quest system, which supplies The Taken King with the majority of its endgame content. Players can accept up to 32 quests from NPCs on the Tower or Reef, which come their own unique objectives. Quest objectives can be as simple as kill a certain number of enemies and as complex as meeting a certain criteria within a time limit. Even after beating The Taken King’s campaign, there are tons of different quests to embark on, each delivering well-deserved rewards. Both the Quest and Light Systems are available without purchasing The Taken King, but are severely limited.

Destiny: The Taken King’s story is a vast improvement over the abysmal showing in Destiny and its two DLC packs. Oryx has come to avenge his son, Crota, whom the Guardians laid waste to in The Dark Below. Serving him are The Taken, twisted forms of enemies previously fought. The story is rather short, and can be completed within a few hours, but is the best few hours of campaign Destiny has ever had. This is thanks to the wonderful voicework of Nathan Fillion as Cayde, a handful of scripted set-piece moments and the excellent cutscenes. 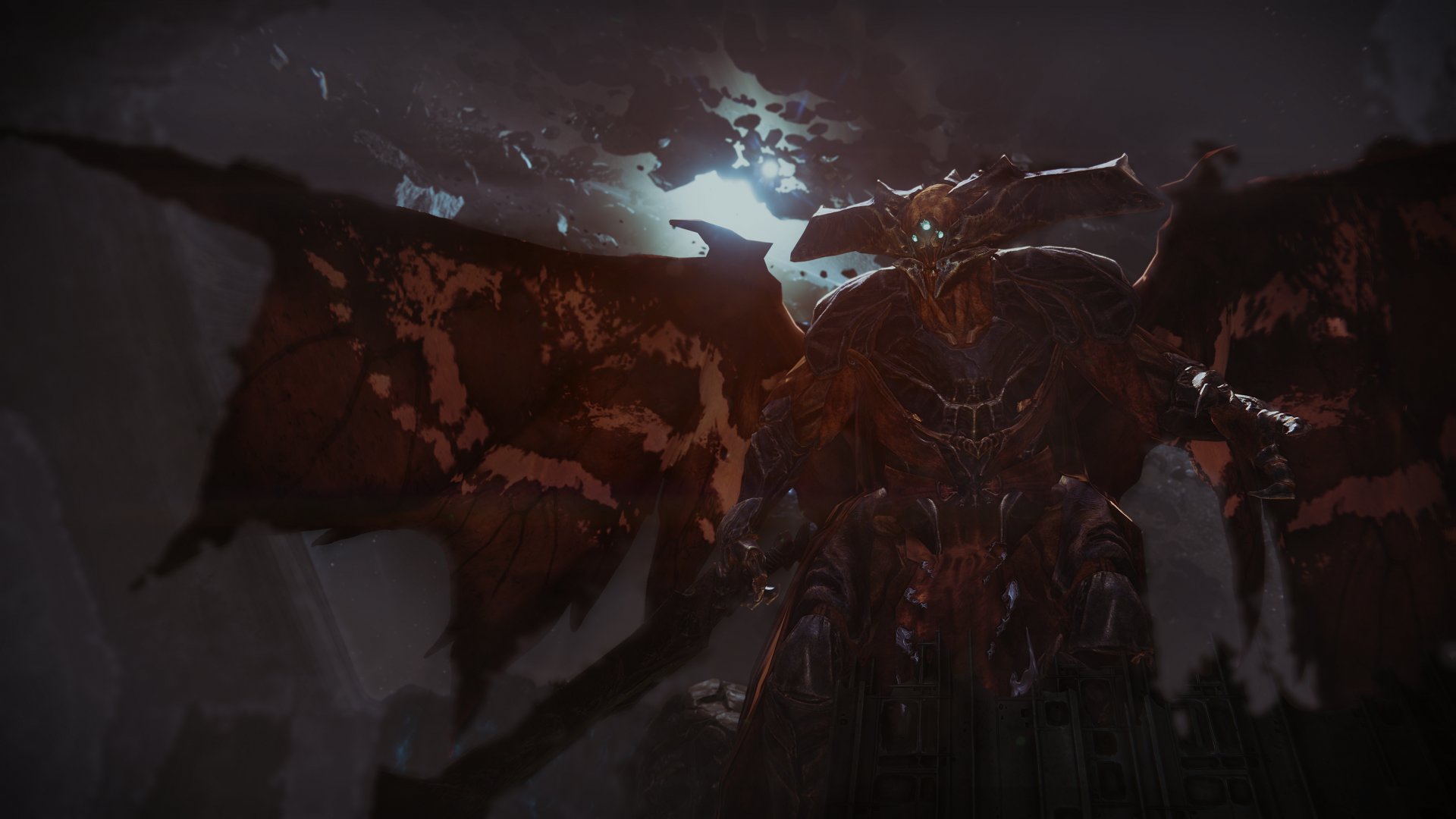 The story, while leaps and bounds better than anything else Destiny has had to offer, still leaves much to be desired. Its short length combined with its over-reliance on using old areas and enemies make The Taken King feel like it could have been part of year one. One would think the meat and potatoes of the story would take place on the Dreadnaught, The Taken King’s new area, but one would be mistaken. A paltry three of the core campaign missions take place on the Dreadnaught, leaving it wholly underutilized.

Probably the biggest disappointment is Oryx, The Taken King himself. Oryx is the first true antagonist of the Destiny universe, and his only purpose in The Taken King is to be a generic badguy. Despite other character’s insistence on the danger Oryx poses to the Solar System, he never poses a threat to the Guardians or the Solar System during the campaign. 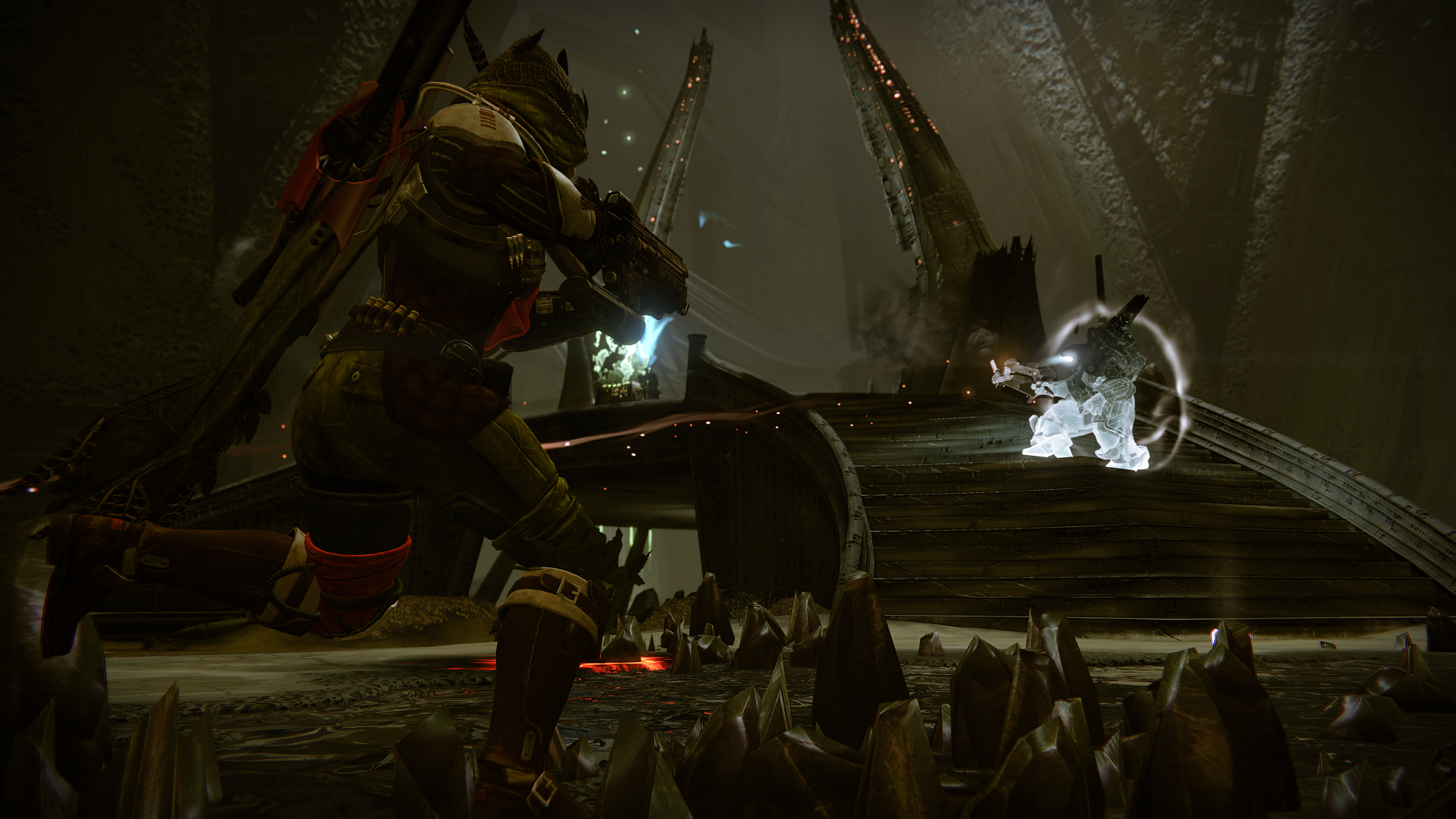 While the story falters, the rest of The Taken King’s content is golden. Though underutilized in the campaign, the Dreadnaught is easily the best area to explore. Big and vast, the Dreadnaught houses numerous chests, hidden areas and other hidden secrets. Even after more than a dozen hours, there are still secrets to discover. The Dreadnought also houses the Court of Oryx, Destiny’s largest public event, which drops generous rewards depending on the difficulty of the public event.

The Taken King comes with a menagerie of endgame content that significantly improves upon the Year 1 offerings. In addition to the Quests, players can also participate in four brand new strikes and three strikes from year one that have been tweaked to include the new Taken enemies. Teamwork and strategy are key in these new strikes. One strike pits players against two different Cabal bosses, one focus on offense and the other on defense. A different strike, Sunless Cell, puts players in utter darkness while the boss stalks them. In this strike, players have to communicate and watch each other’s back, or risk getting slaughtered. These strikes are far more interesting than any strike that has come before. 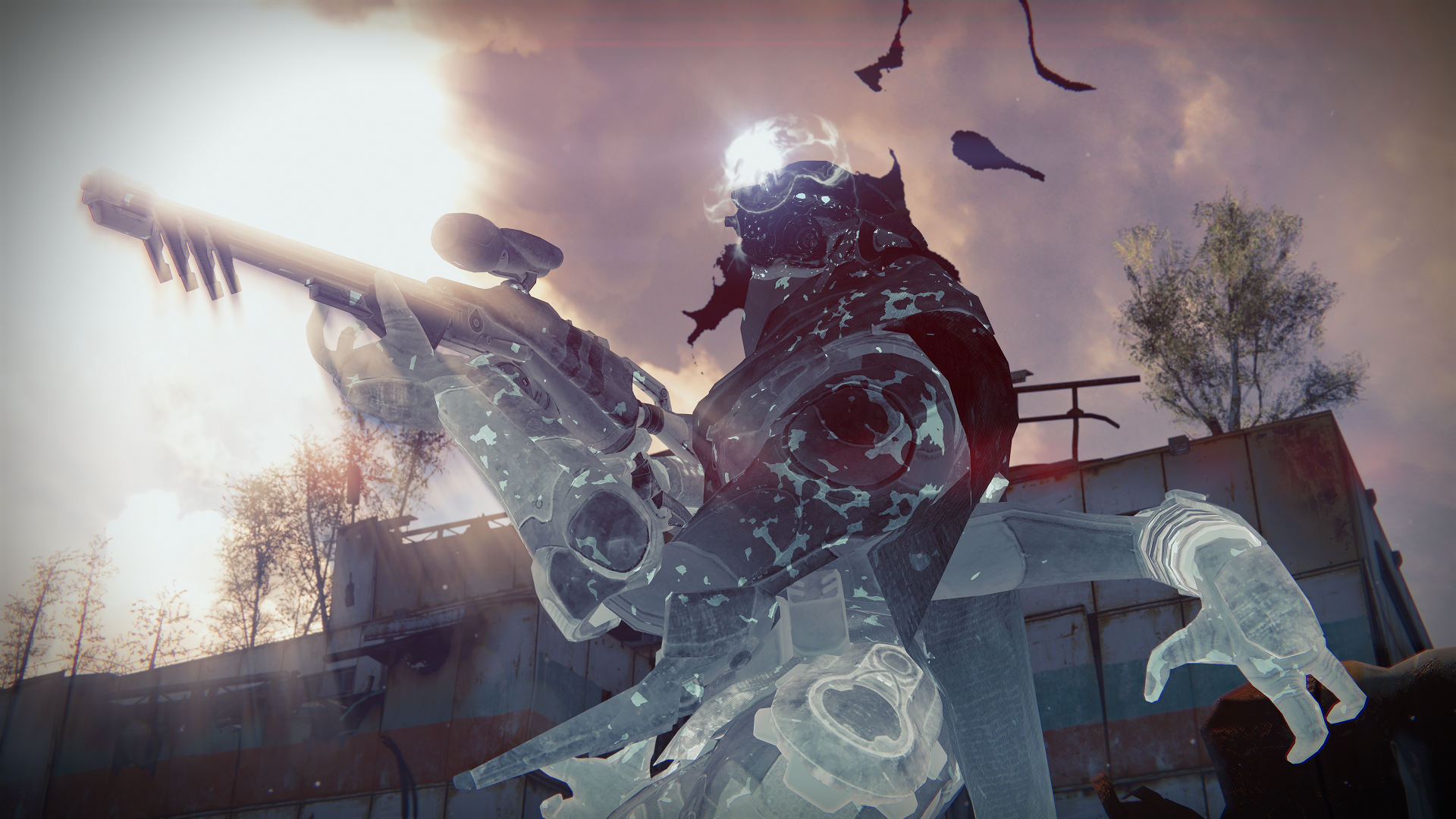 Then of course there are the new enemy type, the Taken. Though the Taken are reskins of normal enemies, they’re different enough to make them feel unique and new. Taken Acolytes can summon turrets, Psions can multiply, Thralls can blink and Phalanx’s shields send out mighty blasts. They challenge players to fight in ways they might not have with normal enemies. Sliding in and shotgunning them may not be the best approach, especially when they have a shield that can send players flying back. Overall, the Taken add some much needed variety to the game, and it would have been nice to see some of that variety rub off on the older enemies, as they’re getting stale to fight after a year.

Surprisingly, the Crucible feels like an afterthought in The Taken King. Bungie clearly wanted to fix the issues with PvE, but seem to have neglected the PvP portion of their game. There are eight new maps, but only two new modes. Rift is a Capture the Flag mode where teams fight over an orb of light that must be escorted to the opposing team’s rift. Mayhem is a chaotic mode where Supers and grenades recharge at an accelerated. Both are fun, and the new maps are aesthetically pleasing, but the game gives little incentive to play multiplayer. In year one, players could earn Crucible Marks to spend on new weapons and gear. In year two, Crucible and Vanguard Marks (earned through PvE) have been replaced by Legendary Marks. While it is possible to earn Legendary Marks through PvE events, it is not possible to earn them through Crucible unless playing on a pre-determined playlist. While it’s great to see the PvE side of Destiny get some attention it shouldn’t have come at the expense of PvP, which has been solid since launch. 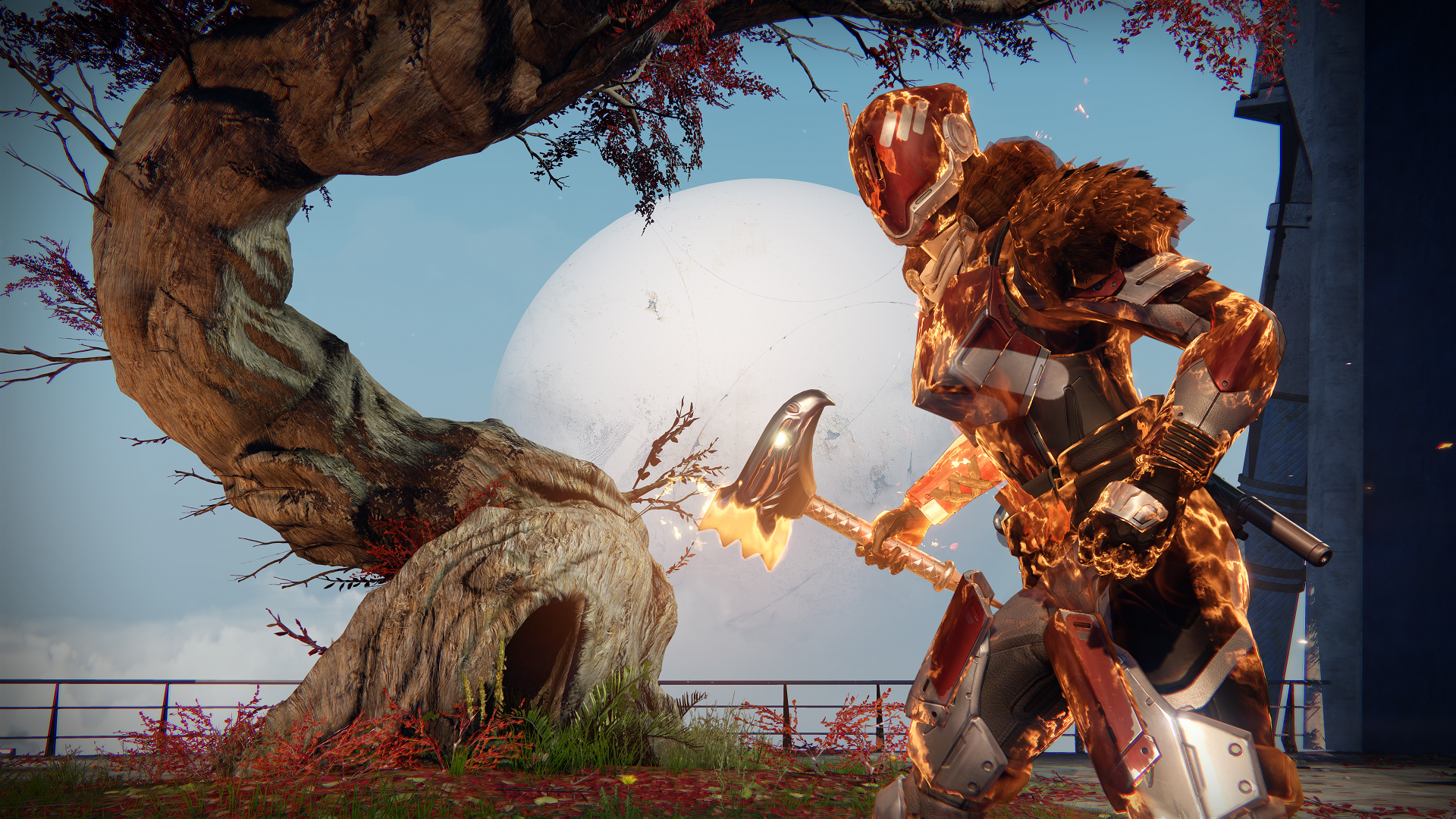 Though The Taken King adds a bunch of new content and changes some of the mechanics, the core of Destiny remains the same. The tight shooting from year one remains top-notch and satisfying. Collecting weapons and gear from random drops is still a big part of Destiny, but Bungie have increased the drop rates making it much easier to find higher quality weapons and gear. There are three new sub-classes – Sunbreaker for the Titan, Nightstalker for the Hunter, and Stormcaller for the Warlock – that fill in the sub-class gaps from year one. Hunters can tether enemies, Titans finally have a ranged Super and Hunters get a close-range attack.

Many of Destiny’s biggest issues still crop up in The Taken King. The areas that came with year one remain unchanged and have grown stale at this point. Sure, Taken are thrown in to the old areas as timed-sensitive events, but they do little to alleviate the fact that these are the same areas players have raced past for an entire year. Class Items and Ghosts are finally made useful, but Sparrows remain useless other than to get from Point A to Point B.

The presentation also remains unchanged. The Taken King is just an expansion, so there isn’t a reason for the game to look any better than Destiny did. The only noteworthy presentation change is the removal of Peter Dinklage as Ghost. Nolan North takes over the role with mixed results. His performance of the new dialogue from The Taken King is outstanding, but his performance of the dialogue from year one is awful. After revisiting the older content, it becomes clear that Peter Dinklage was doing his best with the material he was given. How Dinklage would have done with the improved Taken King dialogue is a question that will never be answered. 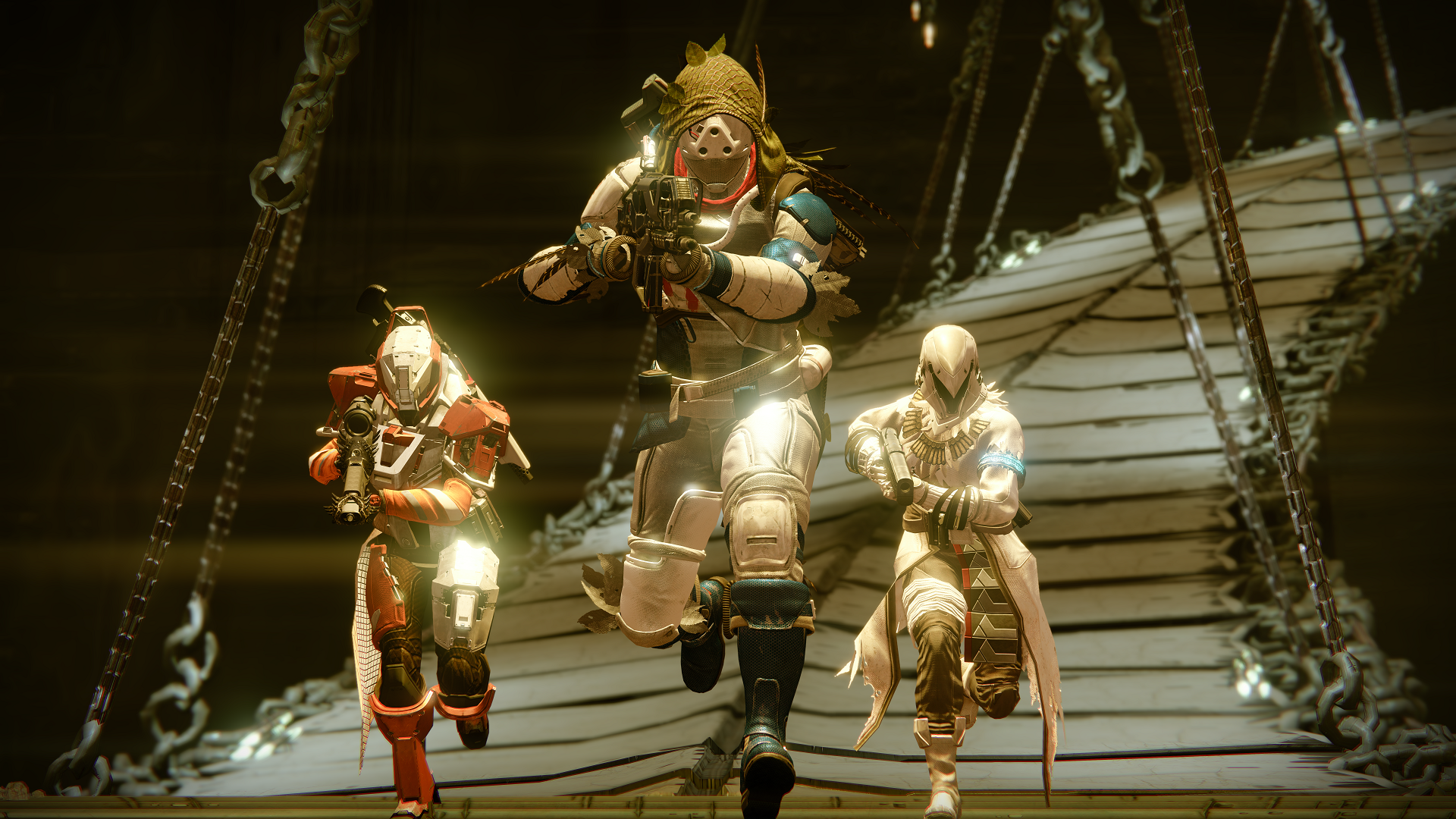 Bungie set out with a goal for Destiny: The Taken King and they have mostly succeeded. While some of the nagging problems from the original game persist – boring patrol areas, recycling of areas and enemies, and bullet-sponge enemies – Destiny: The Taken King does more than enough to make up for the sins of its predecessor. The story may not be anything special, but it’s a colossal improvement over anything Destiny has thrown at players. The Dreadnaught, while not the most aesthetically pleasing locale, is large and interesting to explore thanks to its hidden treasures. With the new Quest system, Light Levels and diverse strikes, there’s never been so much to do in the world of Destiny. Is Destiny: The Taken King worth the investment? For longtime players, this is a no-brainer, and even those who gave up on Destiny a long time ago should give Destiny: The Taken King a look. The Taken King has come and he’s brought a much-improved experience.