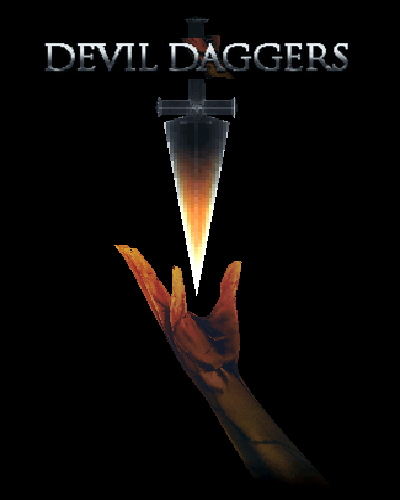 Eschewing nearly every gameplay mechanic or design facet that we’ve come to expect over the past decade or so — story, character, high-quality graphics, moderate or adjustable challenge — Devil Daggers harkens back to early ’90s Doom, Quake and Hexen, the era of shooters that depended on raw speed and spatial awareness. But Devil Daggers strips that aesthetic down even further: one continuous level with one hand wielding one weapon against an unrelenting series of monstrosities. Survival is the only goal; to inch up a little higher on the leaderboards and to not die in literally the first five seconds of the game thanks to a one-shot death at the hand (if that’s even possible) of a demonic flying skull.

Really, gameplay doesn’t come in any more pure form than this, for better or worse. There are no weapons to pick up, no armor, there’s no character progression or change of scenery. There are bits of replenishing health, and the basic weapon adds a power or two, and there are some momentary power ups. But mostly, you run around the platform, circle strafing the weird enemies as they spawn in and spawn in and very quickly begin to overwhelm you with numbers and frenetic movement. You run through and around the chaos and try not to be too unnerved by the game’s audio, a near-constant cacophony of grinding metal-on-metal, processed bio-electronic screams, and edgy noise. It’s very much a near perfect companion to the already tension-infused gameplay.

At this early point in the game’s release, “long” runs are seven or eight minutes and every run posted on the leaderboards — including your pathetic ones that ended before they began — can be replayed. This is the way you learn to play Devil Daggers, not from some hand-holdy tutorial, but by watching the masters and the losers. Little by little — not unlike Dark Souls — you learn the strategies and your runs and scores inch up a little higher…until you get careless and die twenty seconds in. Unlike most games, and even most roguelikes, you generally don’t get significantly stronger or more powerful the longer you survive. 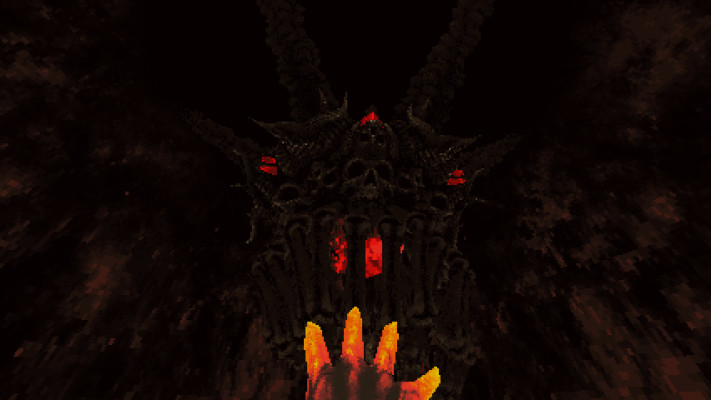 I’m so glad that this isn’t another indie/retro/16-bit/roguelike. While the blocky daggers and primitive hand/weapon certainly harken back to the first Doom, in fact the giant squid towers, dragon centipedes, and glowing crab-like enemies move with much more fluidity and grotesque grace than any character in those classic games. Equally fluid and precise — and Devil Daggers would be a total flop if it were not so — are the mouse and keyboard controls. There is no HUD or health bar or score counter to distract you. Distractions and sensory overload come from the screen full of monsters, flashing colors and music.

Playing Devil Daggers is addictive and it’s a rush but the OCD score chasers should probably have to sign some sort of waiver before installing or something. For others, the one, unchanging mechanic and level might induce some fatigue and desire for variety. A rotation – or even random selection — of landscapes or environments and monsters wouldn’t take away from the concept but would give the eye and imagination a little relief. 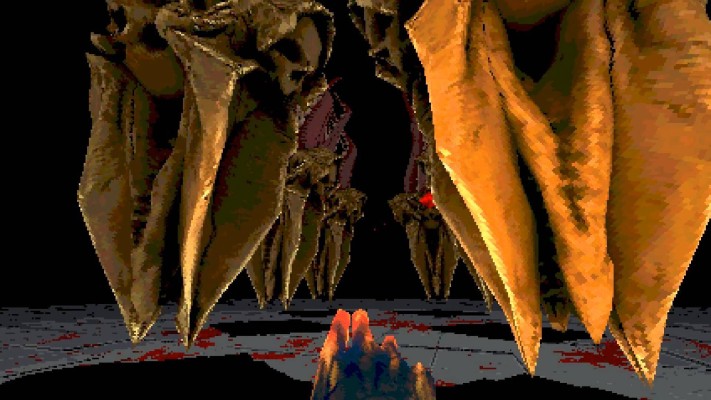 Devil Daggers is laser-focused on providing a very specific type of shooter experience, suggesting old school classics stripped down to their fundamental core. It’s simple but not simplistic and the very definition of addictive. Devil Daggers’ gameplay and aesthetic create a huge amount of unrelenting tension, both from its art and sound design, and easy chance for failure at any moment. Ultimately, as successful as Devil Daggers is at fulfilling its mission, its endless nature and lack of variety might undermine its permanence on the playlist. In the case of Devil Daggers, bragging rights and leaderboard position aren’t just numerical teabagging, they’re symbols of a specific type of zen-like mastery.