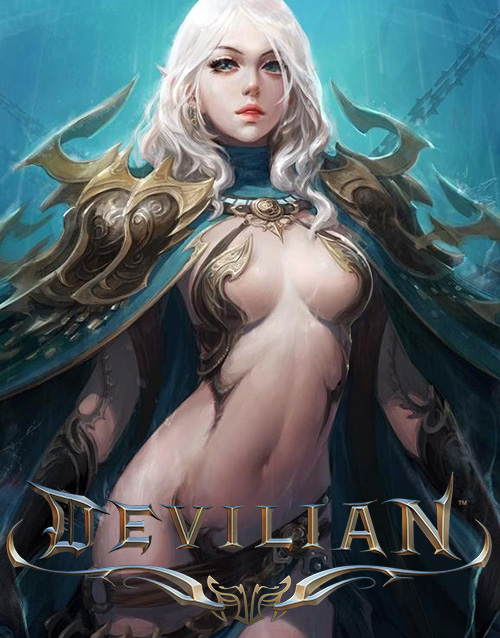 Other than Path of Exile and a handful of others, there are surprisingly few MMOARPGs — games that combine third person Diablo-esque action with MMO-like multiplayer leveling, PvE questing and PvP combat. On December 10, Trion Worlds launched Devilian, from Korean developer Bluehole Ginno. Trion Worlds is of course responsible for the generally excellent MMO Rift. The influence of that game — as well as classic ARPGs — is strong in Devilian.

Players who come to MMOs primarily for the story, questing, role-playing and combat will find Devilian satisfies some of their needs, but not all. The four current character classes are gender locked and limited in initial options for customization, so players will see dozens of duplicate versions of themselves in the world, which always works against feeling like a unique character in the story. While each class has three distinct ability upgrade paths, each with a lot of useful spells or special attacks, characters cannot mix and match and become hybrid casters/melee fighters. At around level twelve, characters quest and train to take the Devilian form, a powerful alternative version of themselves, with a separate upgrade and abilities tree. The Devilian form is temporary and must be fueled by combat.

Combat in Devilian is addictive, fluid, fast, and fun and probably the main reason to play the game. In the PvE campaign, at least, it is also very easy for the most part and leveling is extremely rapid. It is rare to feel underpowered when questing, although some of the bosses can be challenging for solo players. Spells and special abilities feel powerful and flexible. They’re fun in multiplayer, too, but as in most newly-hatched MMORPGs, multiplayer combat hasn’t been entirely balanced yet and the long-range characters are way OP. The mechanics for finding a party for bosses and dungeons are simple and straightforward. Apologies to the teams that work hard to write quests and voice NPCs, but this is one of those games in which you’ll click through the quest text, hit “accept” and move on. It’s not that they’re poorly written, badly localized or ineptly voiced; just bland, generic and forgettable. After taking two characters way past the halfway point to the level cap and running virtually the same quest progression, it would hard to identify a single NPC past his or her function. 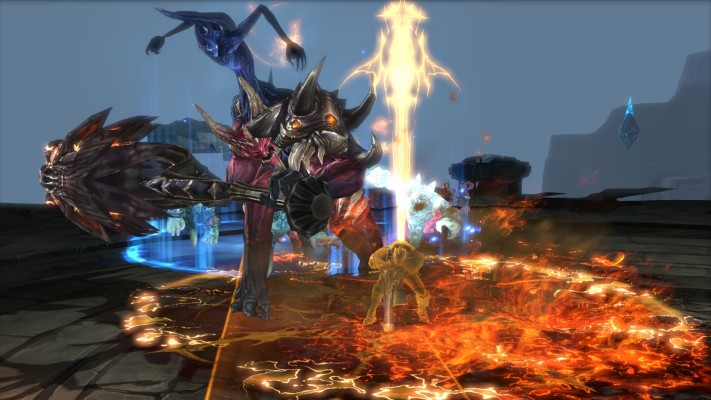 Likewise, the quests themselves are as standard-issue as they could possibly be — collect, kill, revive, etc — but at least the game’s interface and map systems make finding important quest locations on the map easy. Early on your character receives a mount and there are fast travel hubs at significant junctures. In general, Devilian has an uncluttered, logical, and easy to use UI that is explained in enough detail in the early minutes of the game, but anyone who has spent time in an ARPG or MMO will need little or no explanation.

As in many MMOs that are grind-heavy, enemies stand around in groups just waiting to be killed before respawning almost immediately. Nearly every enemy is copied right out of the fantasy RPG playbook — skeletons, goblins, spiders, ghosts, spell-casting mermaids, zombies, undead warriors — and rarely will you ever think, “I’ve never seen that before.” A little like the NPCs, the enemies are not terribly memorable.  That’s not to suggest that combat isn’t fun. The mobs die in satisfying little gouts of blood and spells knock back, freeze or set alight the monsters in a wide variety of ways. The bosses are more challenging, primarily because the important dodge and health potion mechanics are on a cool-down timer and it’s very easy to get pinned down in a corner. 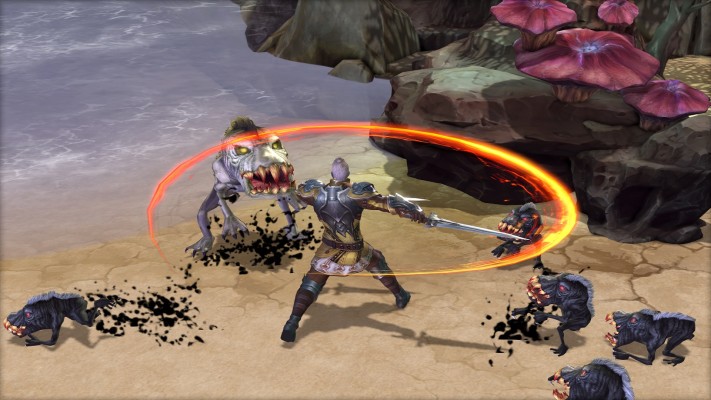 The Korean MMO design aesthetic — where the female casters dress in cleavage-revealing gowns, thigh-high stockings and high heels, you know, truly practical dress for battle — is strong in Devilian,  as it was to some extent in Guild Wars, the Lineage games and will be in the upcoming Black Desert Online. Environments are uncluttered, which is not to say they are ugly or unfinished, but simply textured. Devilian makes some artistic and graphic compromises in order to run on a wide range of systems and it shows. The musical accompaniment for each area is interesting and overall, the score is strong.

Devilian is a free-to-play game and most all of the low and mid-game content is available without spending money, but the game never really lets you forget that there are things you could buy — additional inventory space, more character slots, faster XP boosts, pets, mounts, outfits — either piecemeal or in the form of more expensive packs. “Look, here’s a free game. Pay money and you can get through it faster.” There is little for max level players to do but grind for loot and replay dungeons. The gold sellers are allowed access to the chat channel and messages in game — always a bad sign — so one wonders if bots can’t be far behind. 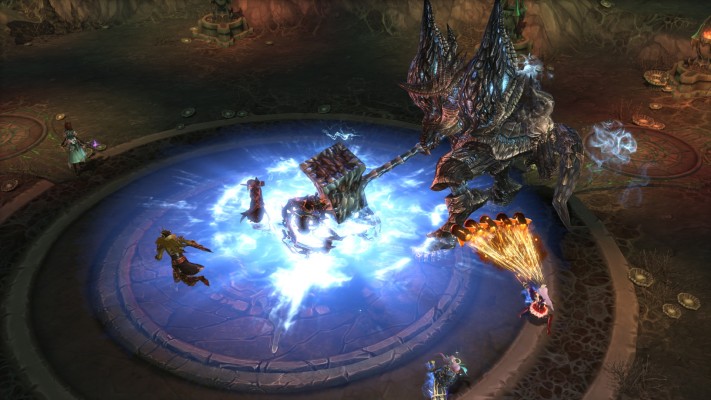 Devilian’s combat makes it a totally competent action-RPG/MMO. Combat hits the sweet spot and while the enemies aren’t terribly bright or memorable, the process of fighting them is fun and addictive, if a little too easy. The interface is clear and the systems are well designed. It’s possible to have several hours of fun with Devilian until you realize that not much is going to change for the better, worse, or more interesting. What’s most missing is a sense of urgency, drama, emotion, or reality, even just the slightest indication that you actually matter in the world. No matter how much you feel like a badass for killing that group of undead soldiers with a single blow, the moment is fleeting as you’re pushed aside by the next, identical looking avatar, killing those same undead soldiers with the same spell or weapon. This is not a new problem in MMOs, but it’s surprising that sixteen years after the appearance of Everquest, developers aren’t more interested in solving it.