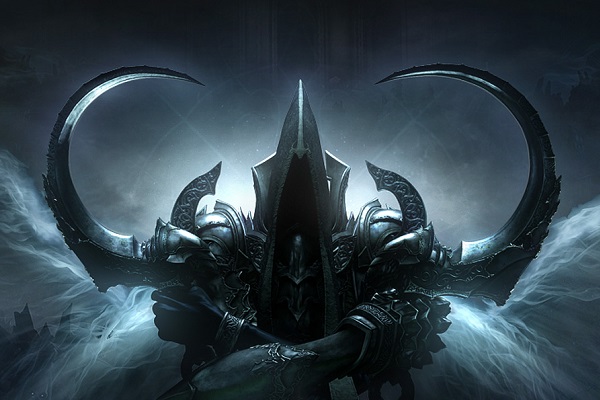 The first major expansion for 2012’s Diablo III is here.  Diablo III: Reaper of Souls adds a brand new act to the campaign, playable hero and a new Adventure Mode.  Does this expansion pack bring enough new content to Diablo III, and is it any good?

Diablo III: Reaper of Souls takes place immediately after the events of Diablo III.  Tyrael, in possession of the Black Soulstone, attempts to hide it away from mortals and angels in order to prevent the return of Diablo.  However, Malthael, the former Archangel of Wisdom, steals it in an attempt to rid the world of evil.  To do this, he has come to the conclusion that all of humanity needs to die.  Knowing that he cannot defeat Maltheal, Tyrael summons help from the Nephalem to stop the Angel of Death.

Reaper of Souls‘ story should not be the main reason for playing the expansion pack.  While it does tack on a few extra hours of gameplay, it ends up feeling a bit superfluous.  Maltheal is an interesting and intimidating villain, but is barely seen throughout Act V.  The best part about the story is that it does tie up some loose ends that the main game failed to answer.  Unfortunately, this can’t override the feeling that Malthael, and the rest of Act V, are merely tools that will either lead into the next expansion pack or the inevitable Diablo IV. Just because the story is superfluous to the world of Diablo, however, doesn’t mean that Reaper of Souls is a bad expansion pack.  In fact, it’s excellent in that it gives the player hours of new content to play with. 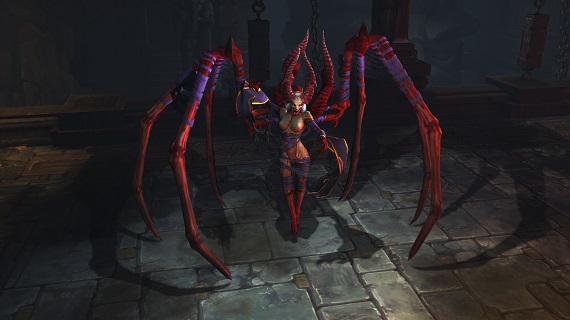 The new areas of Westmarch and Pandemonium are dark, dreary and filled with death.  If you thought that Diablo III’s levels were too bright and filled with life then you’ll really dig exploring these new locations.  Westmarch and its surrounding countryside are quite large, filled with plenty of monsters to kill, sidequests to play through and optional dungeons to explore.  The size of the new areas are comparable to the size of the areas in the main game.

New content also extends the playable classes.  The level cap has been increased to Level 70.  All of the classes have been given new active and passive abilities.  Obviously, the big new hero addition is the Crusader class.  This slow, tank-like class is great at absorbing damage and dishing it out.  It’s a pretty good addition to the roster, though you’ll have to start the campaign from the beginning if you want to play as one; there’s no way to get at any of the Reaper of Souls content with a level 1 Crusader.

The best addition to the core Diablo III experience is the brand new Adventure Mode, which is unlocked after beating Act V.  Adventure Mode lets you wander around all five areas and tackle different bounty missions.  These are small little quests that usually revolve around killing a certain amount of enemies, killing a boss or helping someone out.  It may sound repetitive, but they’re short and sweet and the rewards you get are well worth your time.Completing a bounty rewards you with a rift keystone.  Collecting five of those keystones allows the player to unlock a Nephalem Rift, a randomized dungeon filled with dangerous enemies and awesome loot.  Adventure mode itself is worth the $39.99 asking price of the expansion as it constantly beckons you to play more with the promise of more enemies to kill and more loot to gain. 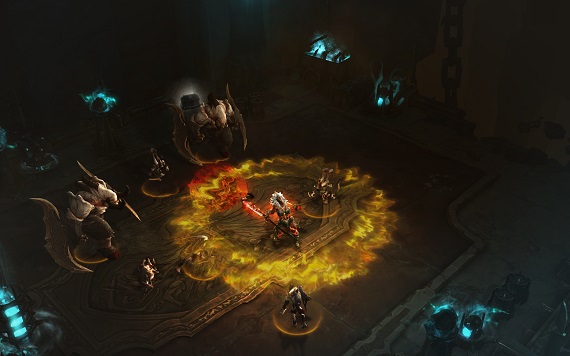 In an age where expansion packs are merely just a few extra maps and weapons, Diablo III: Reaper of Souls feels fresh and exciting.  The story seems like filler and never lives up to its intriguing premise, but the extra hours it adds on are fun thanks to an interesting new setting.  It will do little to change your opinion of the core Diablo III experience, but fans will find plenty to enjoy with Reaper of Souls.  Its new hero class and impressive Adventure Mode will ensure that your money was well spent.