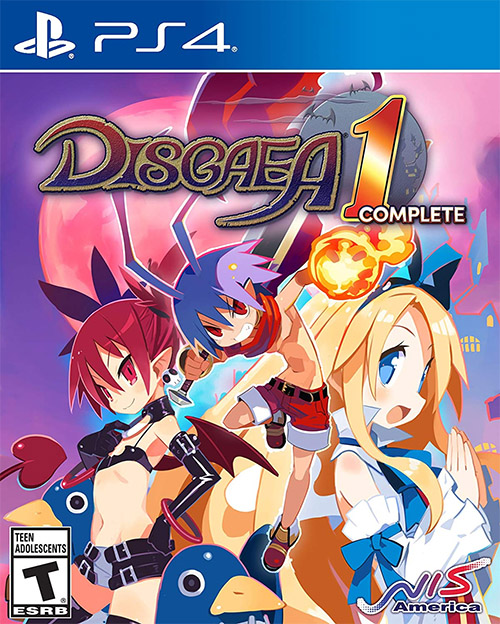 The PlayStation 2 was a phenomenal success when it launched in 2000, both in terms of hardware and developer support. It spawned some of the best Japanese Role Playing Games to date, including Final Fantasy X, Persona 4, Dark Cloud and of course Disgaea: Hour of Darkness. The latter has been continuously worked on and improved over the years, spawning four sequels (plus one direct sequel) that have been hit or miss. Nippon Ichi has gone back to what made the series so popular in the first place and remastered the original Hour of Darkness with beautiful new artwork that we’ve come to expect from the developer over the last seven years. Fans who were hoping for a full on remake of the lengthy RPG will be treated with nothing but heartbreak as this is the same old game with a new coat of paint, and unfortunately, right when you get into combat, it’s apparent how far the series has gone since it made its debut back in 2003.

The plot is simplistic. Disgaea 1 Complete takes place in the Netherworld (the equivalent of Hell), and the Overlord’s son has just awoken from a long slumber only to find his father is dead. He goes on a journey to find himself and claim the title of Overlord for himself, but there are more sinister plots going on in Heaven. The story itself is comical, with a charming cast of characters, from the devilish Etna, to the loveable angel-in-training Flonne. Nothing has really changed from the original PlayStation 2 game, outside of the few voice actors who were replaced as the series moved forward, such as Etna and Vulcanus. If you haven’t played an iteration of the SRPG since its original release (such as the Nintendo DS, PlayStation Portable or PC versions), you probably won’t even notice as the dialogue remains exactly same. Speaking of the dialogue, the script itself is playful although it can get a little grating at times as the characters like to go through the standard tropes you may see in anime. As a protagonist Laharl can be an annoying little brat, although his character does mature as the story continues. The rest of the characters, from Mid-Boss or even Captain Gordon, ensure your 50-100 hours with the game will be colorful. 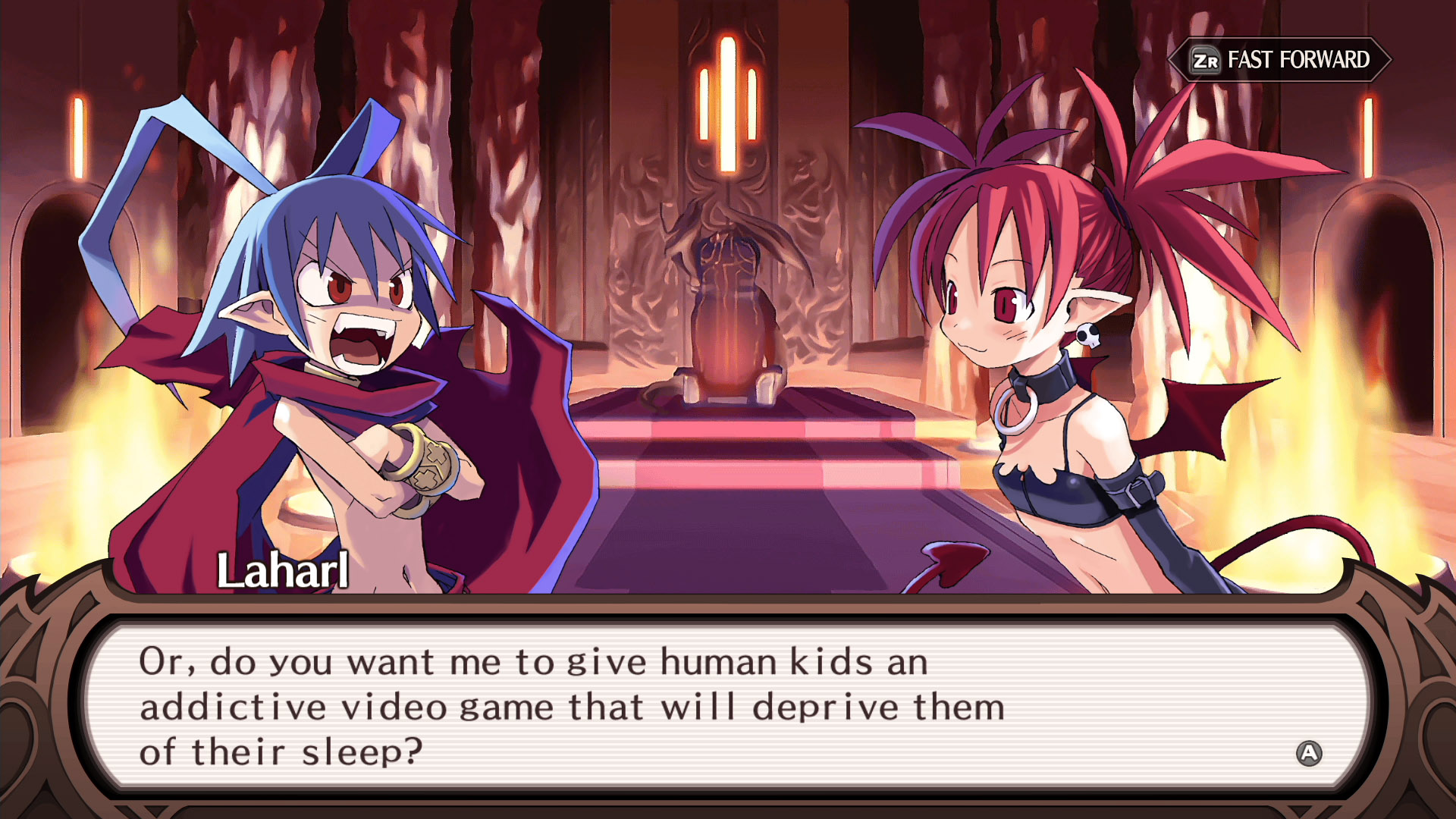 One aspect a lot of fans might have been hoping for is improved mechanics. It’s been over fifteen years since Hour of Darkness was released, and while there’s a new visual flair, this retains a lot of the original designs. This is a bit of a disappointment as there were a lot of mechanics that were improved over the years, to the point that Disgaea 1 Complete feels a bit archaic. Just listing some off, you’re unable to see what geo panel you’re moving onto, you can’t throw allies to one another or immediately walk onto a character, you’re unable to cancel a movement action after you’ve completed an combat action, and worst yet, if two characters are attacking the same enemy and they die on the first hit, the second attacker doesn’t get his turn back. These are just a few example of the various battle mechanics that have been improved and iterated upon over the years that would have served to enhance the game’s playability. Then there are just baffling decisions, such as, if you’re next to an enemy and a geo symbol, why is the symbol at the top of your attack list? Mind you, it’s not like the game is bad by any means as these mechanics were enjoyable back then, and they still are now, but almost the entire time playing the remaster, it made me want to go back to Disgaea 5: Alliance of Vengeance.

One aspect some may have completely forgot about is just how much of a grind the first Disgaea can be. Much later on it becomes a lot easier, but you have to trudge through repeating specific levels or risk going into the Item World to level up. You don’t want to do the latter, either, as the Item World can be inconsistent, sometimes working perfectly, other times having completely inaccessible platforms you’re unable to get to. This is one time when the Cheat System, seen in newer games in the franchise, would have been beneficial with the amount of grinding seen here. With all that said, the core mechanics of Disgaea are still enjoyable as it’s a strong Strategy-RPG with a large emphasis on putting together your perfect party. It almost has that Pokémon emphasis on obtaining the best monsters or demons out there, just this time you put them in front of a senate to participate in votes and do utterly brutal killing moves of enemies. 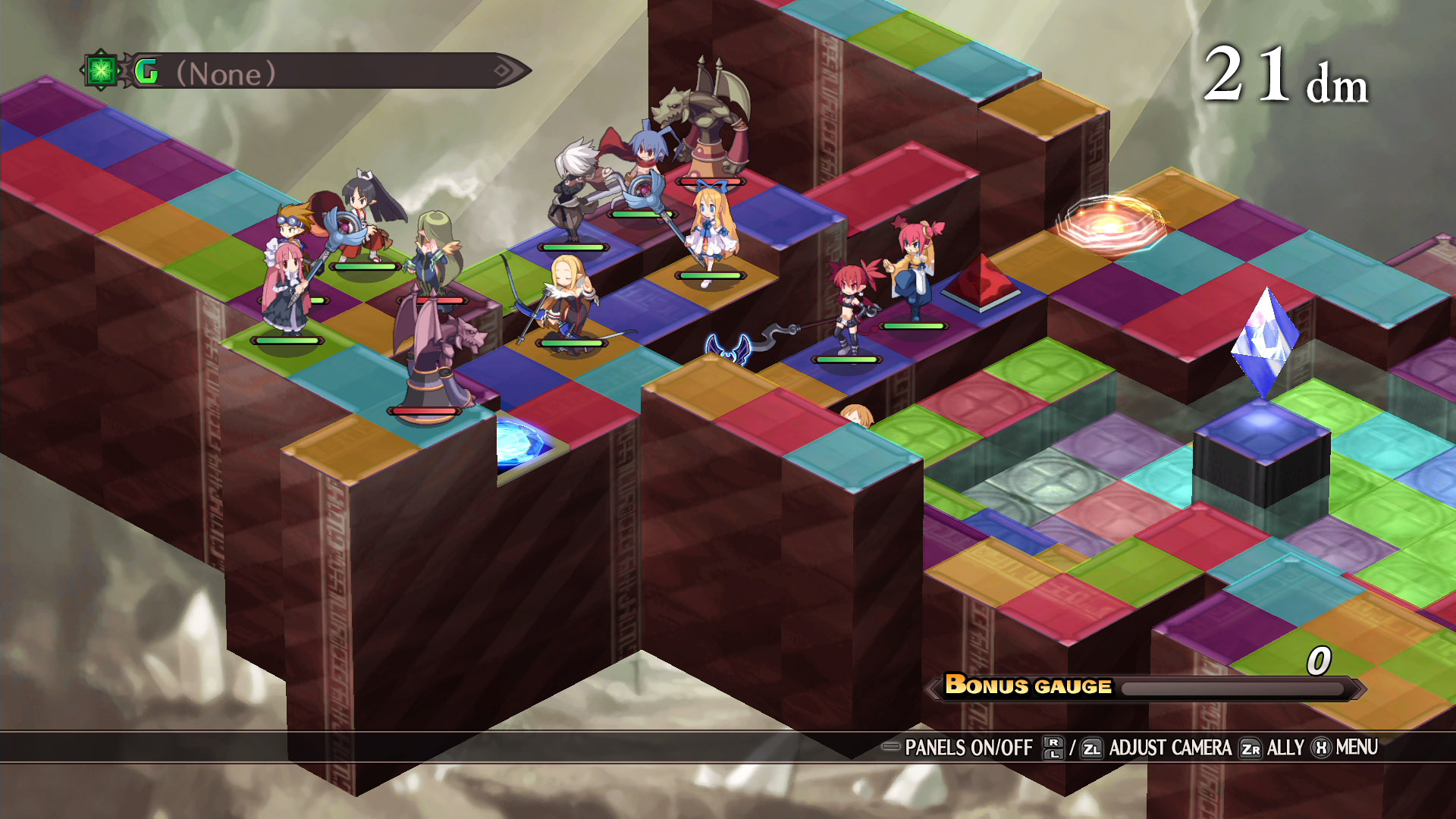 As the improvements themselves, Disgaea 1 Complete doesn’t come with a lot of them. The main attraction is the new sprites as they’re beautifully drawn, resembling that of more recent iterations such as Disgaea 4 and 5. It’s almost in the vein of something like Gears of War: Ultimate Edition where this is a visual overhaul with the same old gameplay attached, although it made a lot more sense for a linear shooter. The environments, while seeming to have the same about of polygons – it’s a randomly generated, block-based game so you shouldn’t expect too much improvement there – have wonderfully reworked textures. With that said, while most of the textures have been redone, there are still some that are from the original PlayStation 2 release, such as the walls in your main hub area. Even the episode previews that occur at the end of each major story beat reuse the old cinematic stills with the low-resolution sprites. Disgaea 1 Complete is a bizarre release, as most of it has been touched up to meet more modern expectations from a visual perspective, but there are sections that don’t seem to have been touched. At the very least NIS America allows you to listen to the Japanese voice track if you so desire, although I found it a mix of better and worse in comparison to the English voice overs.

While I’ve played a good number of games on the Nintendo Switch, I’ve never seen one crash as much as Disgaea 1 Complete. In fact, I fail to remember if I’ve even had one do so before this. Mind you, I’m sure there are buggy and poorly-optimized games on Nintendo’s platform, with players suffering even more than myself, but I’ve run into nothing but anxiety and frustration playing through the SPRG. Most of the time it’s not too bad as I’ve mainly lost ten or so minutes at a time while playing missions through the Dimension Guide. Unfortunately, we’ve had it crash deep into the Item World a handful of times, with a significant amount of progress lost. I averaged one every six to seven hours, which doesn’t seem terrible at first glance, but considering this can be a 100+ hour RPG, it quickly racks up. Definitely use that save feature liberally, but even then, an auto-save feature would have helped this issue significantly. 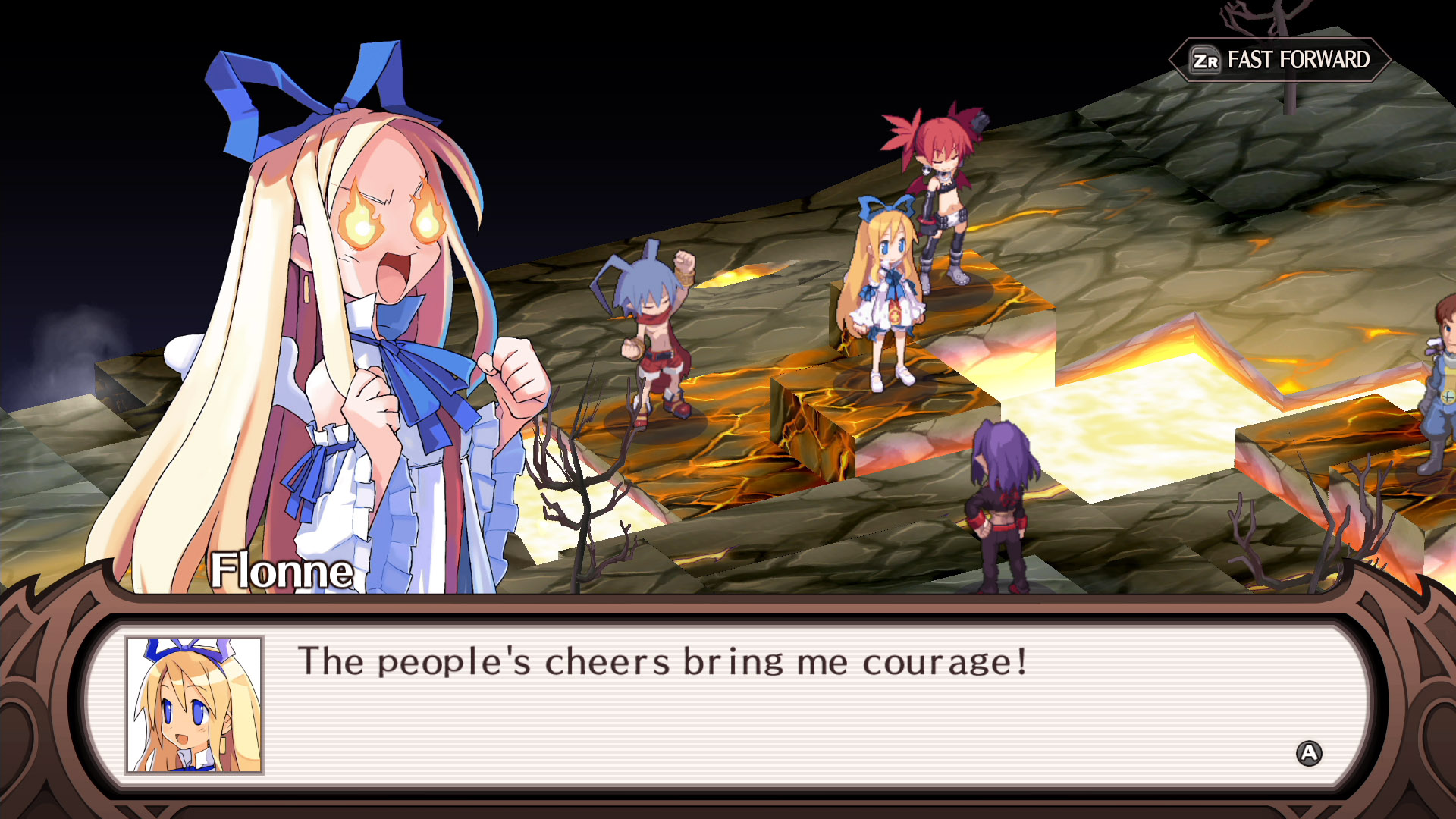 Disgaea 1 Complete is a remaster of a classic Strategy-RPG that might have been better left in our memories. It’s a reminder of how far the series has come in the last fifteen years, at least in terms of streamlining a number of combat mechanics. Unfortunately, it has gotten to a degree where I wished Disgaea 1 Complete was a full-on remake and not just a nice coat of paint as all through my lengthy adventure I wanted to go back to Disgaea 5, even with how overly complicated it was. It doesn’t help that I ran into more crashes than I thought a console game could produce, let alone a Switch game, and there are areas that didn’t get the visual overhaul as rest of the game did. Even with all this complaining, Disgaea was and still is a great game with solid mechanics and an enjoyable cast of characters, but this remaster will mainly be for those with the deepest of nostalgia for the original.