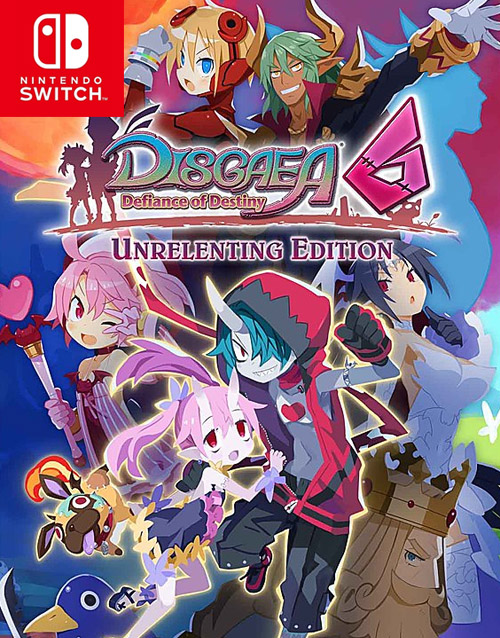 While Nippon Ichi Software has a sizable number of properties under their belt, it’s the Disgaea franchise that has excelled the company into stardom. This wacky, over the top turn-based RPG has grabbed the hearts and minds of players for nearly two decades, introducing us to a surprisingly addictive game wrapped in a repetitive format. Level up a class, unlock new ones and then reincarnate them to be even better. It’s a fun and creative formula that compelled players to put together their ultimate roster with the various jobs, such as Magic Knight, Ninja and Armor Knight, just to name a few. The Japanese developer has brought us alluring characters such as Laharl, Etna, Red Magnus, Desco, Rozalin and so many more, ensuring our adventures from the depths of the Netherworld to the Angelic worlds always entertained. With it being six years since the last mainline game, Nippon Ichi is looking to reinvent the look of the franchise by bringing it into the 3D world, moving away from the beautifully-crafted sprites it’s known for. Deciding on the Nintendo Switch as the exclusive console was not the biggest surprise considering the success of Disgaea 5 Complete and to a certain degree Disgaea 1 Complete, but considering the transition into more-technically heavy visuals, it may have not been the best choice.

The first major issue with Disgaea 6 is the plot. The story quickly gets old, using the unfortunate JRPG trait we’ve slowly become accustomed to where we beat a boss but immediately are defeated in the cutscene afterwards, over and over again. One shot the God of Destruction? Sorry but Zed and pals are exhausted and are killed purely for the story to move forward. Granted, this plays into the idea that Zed, our protagonist, is a zombie, and he is “Super Reincarnated” in every death to become stronger. Regardless, because of this, the writing feels lackadaisical to the point I started to tune out the little that was happening on screen. There’s a reason why Zed is trying to kill the God of Destruction, but his backstory takes forever to get going, and the little snippets spread throughout the first half of the game does nothing but annoy. It tries to beat around the bush far too often and doesn’t treat the player with respect as if we couldn’t put two and two together. It also lacks the comical and cartoonish dialogue we’ve come to expect from Disgaea, treading in some rather dull territory. 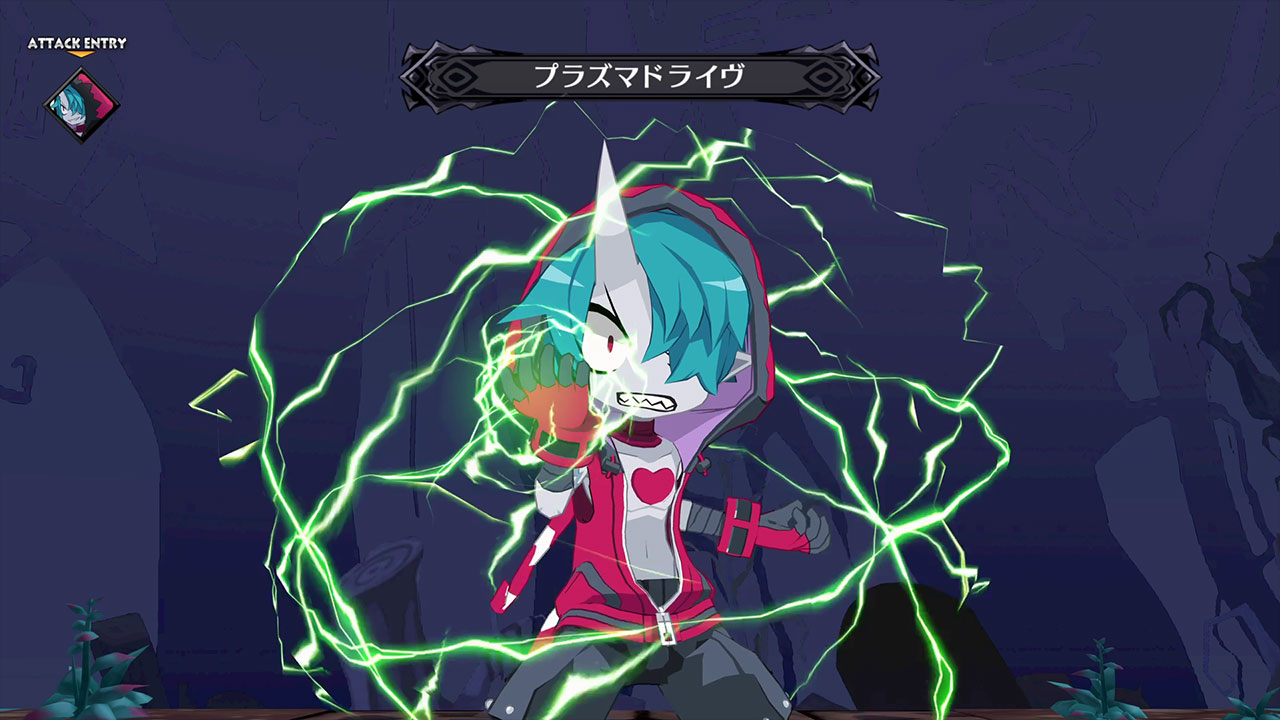 The cast of characters do not help the story, either. Usually Disgaea is filled with fun and unique faces that you want in your party. In Disgaea 6, they feel generic and bland to the point of utter frustration. Each has their own small arc, but it amounts to nothing more than simply overcoming a small annoyance with the most minimal character building, such as taking down a cowardice hero who has taken over your kingdom or a sister who wants a “bad ending” for the world. I could not get invested in any of their plights due to their rushed stories and interactions. It doesn’t help that Zed has no personality whatsoever. We’ve become accustomed to a hero who has some sort of crazy trait, whether it’s being overly confidant to the point of borderline annoyance or someone who seems to have a bottomless stomach when it comes to curry, there’s nothing about Zed that makes him likable or enticing to follow. His dog companion, Cerberus, has more charm than him. Prism Ranger Piyori might be the only character that belongs in the universe, as her story fits perfectly with the comical tone the series is known for. She’s essentially a Power Ranger who lives in a world that’s a TV show about justice. It’s too bad this isn’t reflected with the rest of the cast.

One of the major draw points for Disgaea is its massive list of classes that, for the most part, play different from another. A couple of classes have been added for creation, such as Psychic and Mecha Girl. Psychic is a caster with a focus on Star attacks and abilities that have knockback and sometimes teleportation skills. Mecha Girl is more of an all-rounder with various technological abilities such as lasers and beams. Both are solid additions, but they seem to have come at a great cost. Perhaps because of the transition to 3D, quite a few classes have been removed completely. For example, the gender alternatives for long-running jobs have been taken out, presumably to remove some redundancies, such as Valkyrie, Fight Mistress, Magician and Cleric. There is a gender bending trait you can unlock, but it doesn’t seem to do anything other than being matched with another Evility. In addition, everything added over the various Disgaea games are nowhere to be found, such as Professor, Sorcerer, Dark Knight, Sage, Beastmaster, Celestial Host, Wrestler and so many more that the list could go on forever. There’s only thirteen humanoid classes and nine monster classes to be earned and recruited, which is a huge letdown.

With that said, the core combat is still fun. This is the turn-based JRPG we all fell in love with, with over the top special moves and combos. It helps that there’s a good number of well-designed combat scenarios, even though a good portion of them are straightforward. Nippon Ichi has embraced the absurd floating numbers and values, having the player quickly exceed level 500 in a couple of hours. To a certain degree this makes the game far more wild, but at the same time, it feels unbalanced. While you can somewhat expect something like this in the post-game of Disgaea, it comes right off the bat. In fact, we had no trouble exceeding level 4000 within the first three chapters, and the amount of damage you’ll be able to do goes into the category of “what’s the point?” Obviously, there’s a little more to leveling because you’ll find yourself reincarnating when you reach max rank on a class, but it feels like the developers thought they had to respect your time more than you probably want. There was always a good balance of progression, but now there’s no challenge. In fact, because of this I found myself doing dramatically more damage with a standard attack rather than a special attack. 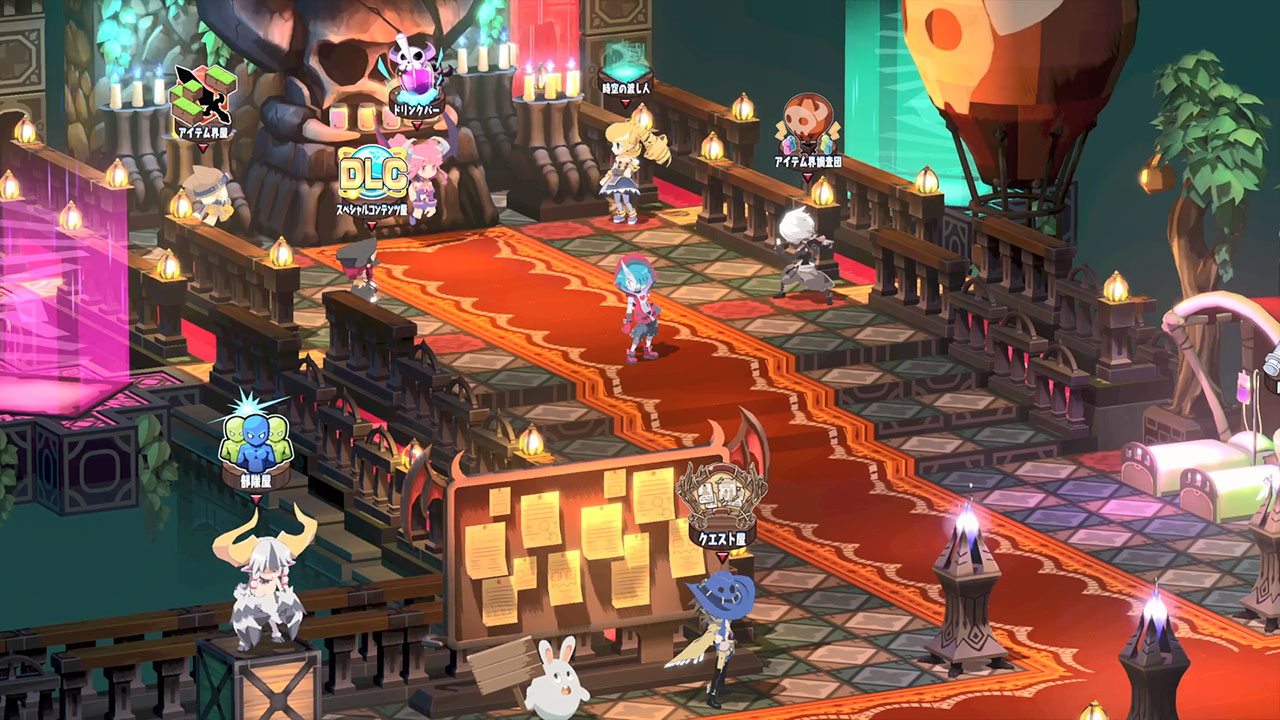 This mostly has something to do with the newly introduced auto-battle system. On one hand, this reduces the time you need to grind levels substantially, ensuring your end game could be more pleasing. At the same time, it feels like Nippon Ichi wants you to grind through the main story due to the crazy leveling structure for main missions. Instead of balancing the game like they have in the past, you’ll just have to press one button and the game will run for you until you get to your desired level. There’s an absurd amount of attention and detail to this system, where you can completely customize your AI’s thought process. It’s not just go-all-out or act defensive (which it has defaults of), but they’re able to adapt based on what’s HP pools and enemy defenses. This breaks the game not because it’s in the game, but because it’s a huge focus in the game. Why play the game when you can simulate it? It’s like playing an EA Sports game and just simulating the season. There’s nothing satisfying about that.

This is the first time in Disgaea’s history that Nippon Ichi has created a fully 3D combat system. In the past, it has only been the environments that fell into this category, but now character models have been modeled and animated in 3D. Cutscenes still maintain character stills to convey the story, but otherwise, everything else has been reworked for a new generation of visuals. For the most part, it works well. While there’s still much love for the high resolution 2D sprites of the past, the developers have gone out of their way to beautifully craft and animate everything. The problem, though, is that there are three different game modes to choose from. You can have your Quality set to a focus on visuals, performance or a bit in between. More options are always better, but the concern is that each has their own major issues. For starters, the focus on Graphics helps excel the image quality quite a bit, but the problem is that it’s borderline unplayable due to its horrendous framerate. Performance is what you should be using if you want a better experience as the framerate smooths out greatly, but at the price of what looks like Vaseline smeared on your screen. Finally, balance play is far more playable than Graphics but at the same time the framerate remains less than ideal. Disgaea 6 maintains a certain level of charm with its visuals, but it’s faulty from a technical perspective. 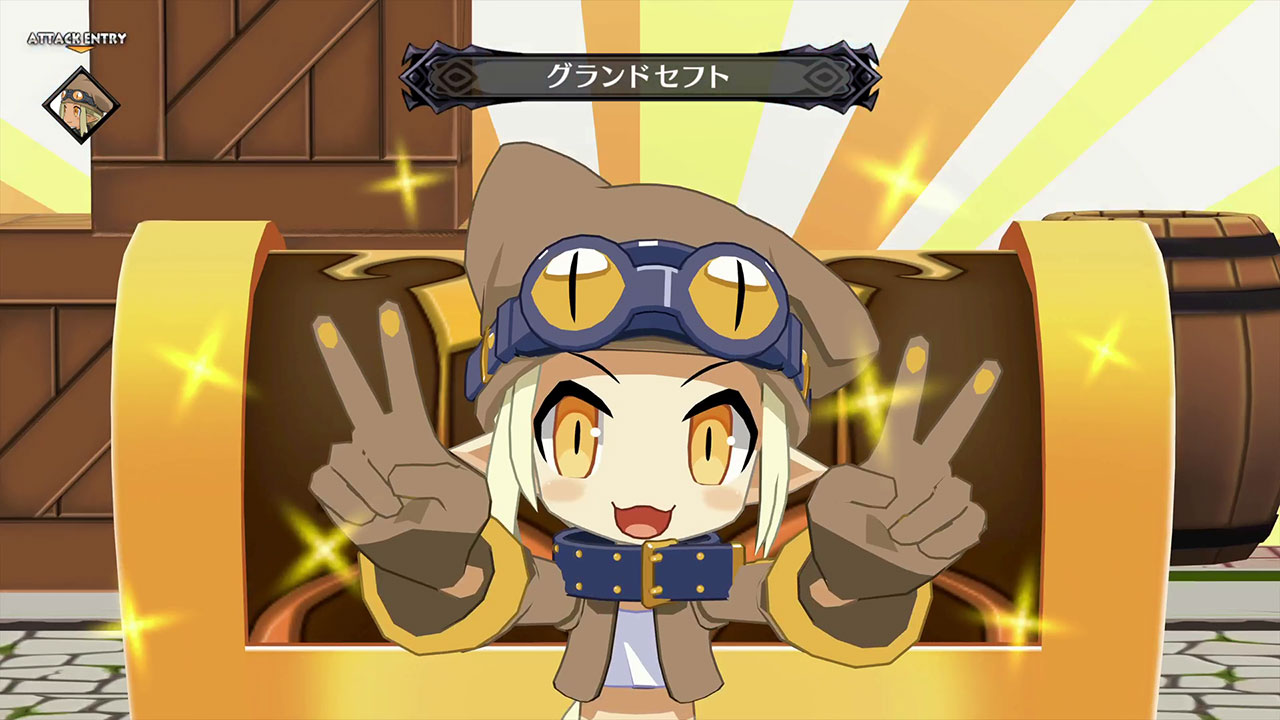 As Disgaea: Hour of Darkness was the first game I ever reviewed nearly two decades ago, I have had a long and beloved history with Nippon Ichi’s franchise, so it breaks my heart to play Disgaea 6: Defiance of Destiny. The story is bland with few jokes that actually hit, and the cast of characters do not help the cause with uninspired backstories and personalities. Combat is still a redeeming quality as the strategic tile-based formula remains fun, and the developers do throw in some interesting twists in the main story from time to time. Unfortunately, they’ve doubled down on the absurd values, making you question what’s the point of doing quadrillions of damage, ensuring that leveling and the progression through the story is unbalanced. It could have something to do with the new auto-play feature, which is detailed to how you can assign your characters AI roles, but it becomes another concern when it’s better to just press a single button and win. You can just not use it, but it feels like it’s meant to be used and abused to level up considering the recommendations for each chapter. If you had told me this was originally going to be a free-to-play mobile game, I would believe you. Unbalanced, chaotic and a mess, Disgaea 6: Defiance of Destiny pushes the franchise in the wrong direction. There are glimmers of excellence, but it all comes together in such a disheartening package.