If there’s one thing to nitpick about 2012’s video game industry, it’s the lack of large new intellectual properties. From Final Fantasy XIII-2 to Resident Evil 6, sequel fatigue is setting in hard, and with two more months of the same, the creative pool is running dry. Fortunately, one game stands out this Fall as something different from what we’ve come to expect: Dishonored. From Arkane Studios, creators of 2006’s Dark Messiah of Might and Magic, comes a semi-open world stealth action title that experiments with new ideas and even some witchcraft. Will this be the refresher we’ve all been waiting for, or will sequel-itus plague us the remainder of the year?

Dishonored is all about choice. There are three different approaches when going into battle: stealth-based, combat-based or technique-based. Stealth-based is pretty self-explanatory, but the number of different abilities allows for unique ways to dispose of foes in a silent manner. In most stealth games, the last save might as well be reloaded if you’re spotted, but the mechanics here allow for an easy retreat or the ability disguise yourself to exit combat. Any game that gives you the option of avoiding conflict or minimizing it is something to be adored. Silent kills feel exhilarating, but if you want to play the pacifist route, knocking someone out and hiding their body is always a valid choice. Having played through stealthily, the only gripe I have is that there’s no real indication when you’re hidden in the shadows. Most games visualize shades of darkness that fill the screen when completely cloaked but here there’s nothing of the sort, making it difficult to gauge an enemy’s field of vision. Regardless, it’s a minor issue that can be dodged by properly concealing yourself around corners. 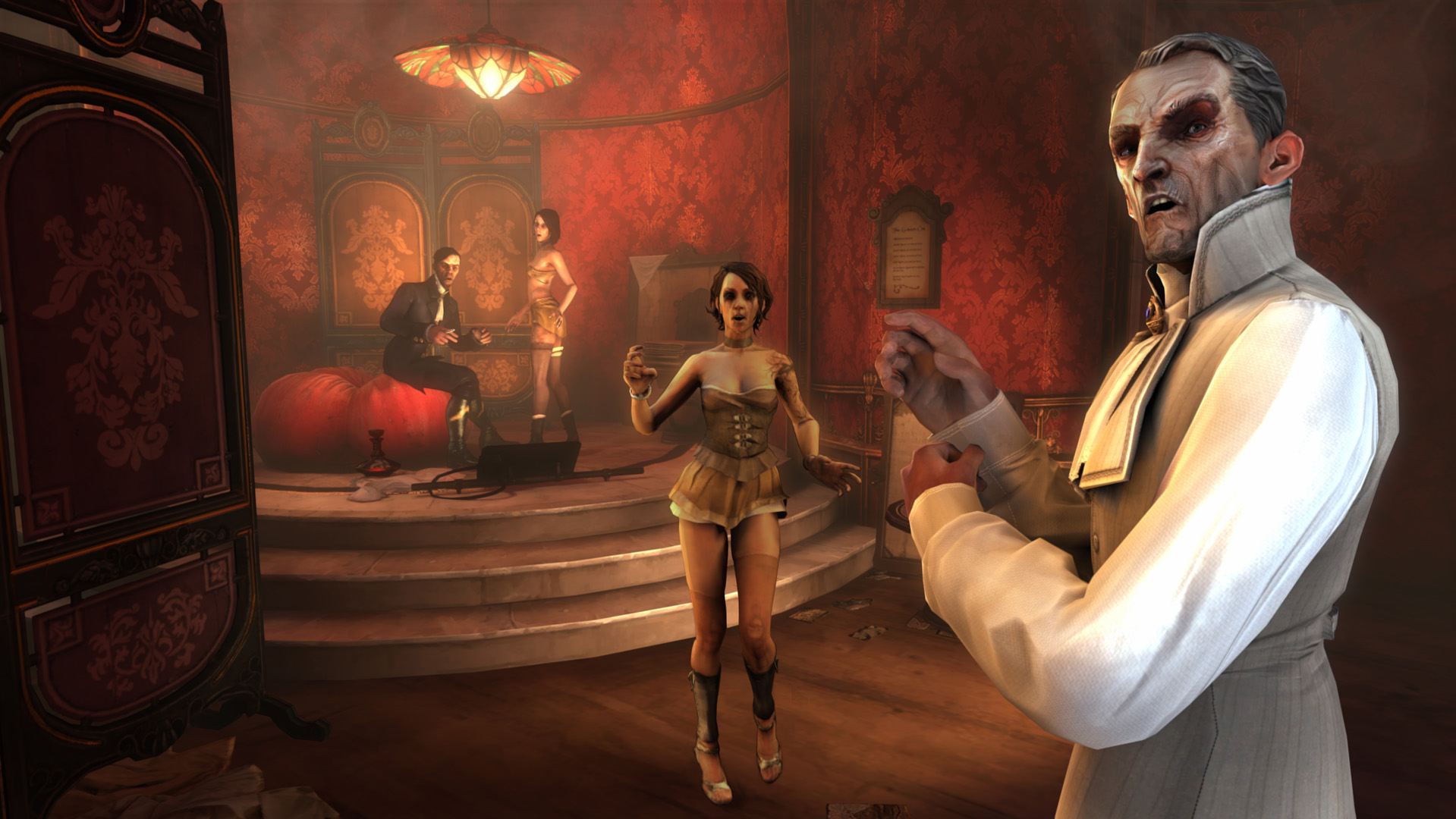 Playing through gung-ho is a little more challenging, but results in a quicker conclusion. If there’s one or two opponents coming at full speed, it’s relatively easy to dispatch of them. It’s when the game adds a couple more into the fray that things become all the more challenging, making the player rely on quick thinking and creative ways to avert death. It definitely helps that the slow down feature from The Witcher 2 has been adopted into the ability selector as combat never feels like it grinds to a sudden halt. The flow of combat is satisfying as the different AI behaviours will leave you constantly changing up your strategies.

This is where the technique-based gameplay comes in handy as it can be a mixture of both stealth and combat, but with a number of environmental elements combined into one deadly formula. These include recalibrating shock stations that will turn enemies into dust and distracting guards by throwing items, such as bottles, away from your current location. There’s also the more entertaining route in using upgradable magic, such as summoning a pit of plague-infest rats to do you bidding, or freezing time while in the midst of battle, that brings a new wave of style to combat. There’s a lot to do here and a number of approaches that can be taken will ensure that each playthrough will be different from the last. 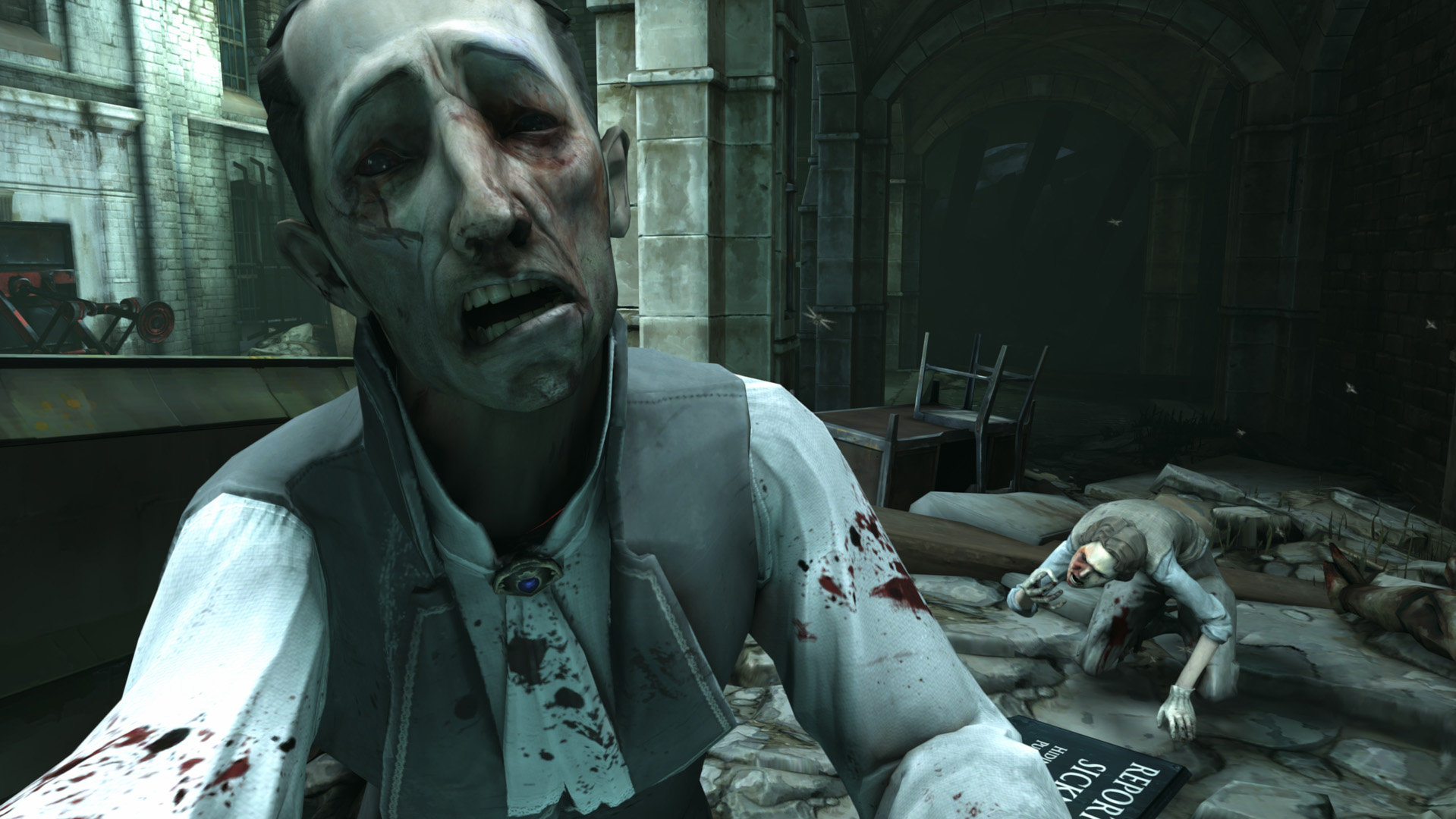 The world of Dishonored absolutely shines. While it has a dirty and gritty industrial era setting, it’s the amount of variety and attention to detail that makes the game all the more awe-inspiring. You can definitely see the style that was carried over from Viktor Antonov, Dishonored’s art director, time at Valve as many of the environments, and a number of robotic enemies, are very reminiscent of Half-Life 2. Even though texture work can look washed out, the style and overall finesse of the art direction will leave everyone engrossed in this depressing world.

Probably one of the bigger letdowns is the story itself. While the world is booming with undying vibrancy, and most characters have intriguing personalities, the narrative and overall plot falls short of what it’s trying to accomplish. The story is about an empress of a plagued city who is assassinated in front of your eyes, with her young daughter, and only heir to the throne, plucked from her dying arms. It’s a great setup but it ultimately runs dry as the plot thickens and the twists are unfolded. It is nice to see a back-story trying to be told about the city and the unfortunate history that has plagued it (literally), but having to read the hundreds of books that are scattered across the many levels become tiresome and interrupts the overall flow of the game. 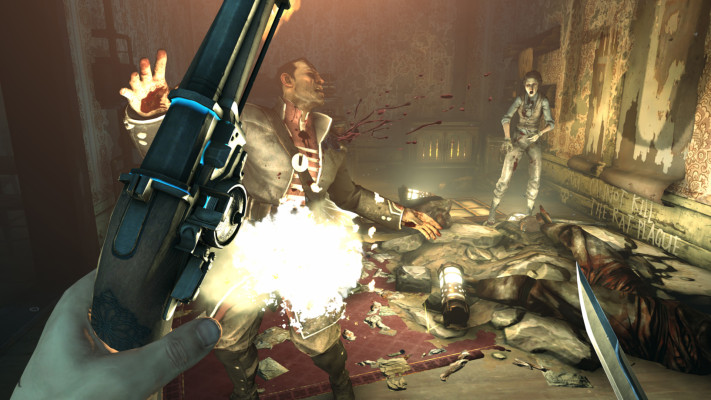 Dishonored is as if Deus Ex had a beautiful child with Bioshock whose ancestors were that of Half-Life descent. While it certainly has its issues, such as a plot that isn’t as fleshed out as it could be, and low-resolution textures inhabiting the world, it’s still one of the better new intellectual properties this year. By offering multiple combat systems, a superbly crafted world and a high volume of alternate paths to take, Dishonored accomplishes great feats that will pave the way for future action-adventure games.