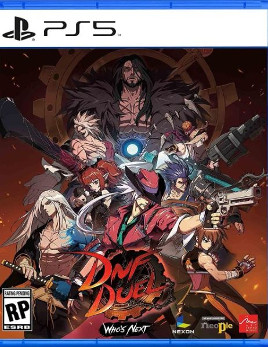 Dungeon Fighter Online is a popular long-running beat ’em up action RPG. Its original name in Korea is Dungeon & Fighter, or DNF. Learning this bit of information suddenly made a fighting game based on Dungeon Hunter Online getting named DNF Duel suddenly make sense. For full disclosure it should be noted that I am not an expert by any means on DNF, but due to the collaborative efforts of DNF developer Neople and Arc System Works, one would suspect that the source material is respected in this spin off. What is familiar is the signature style of Arc System Works fighting games which is enough to make this an intriguing title for Dungeon Fighter fans and fighting game fans in general.

The general premise of DNF Duel is taking the world of Dungeon Fighter Online and translating it into a fighting game that’s not unlike a couple other franchises Arc System Works is known for creating. As an RPG, Dungeon Fighter Online allows for character creation so players can create their own identities in game. In order to come up with the fighting roster for DNF, sixteen different classes from Dungeon Hunter Online were reimagined into new characters, which explains why the character names seem more like classes than actual names such as Dragon Knight, Ghostblade, Grappler and Kunoichi.

There are a few different modes which are all standard fare for modern fighting games. DNF Duel supports both local and online competitive play along with solo play for all offline modes. Local Mode has Free Battle, Story Mode, Arcade Mode and Survival Mode. Practice Mode includes both a Training Mode for free range practice and a Tutorial for guided instructions. There’s a Collection where players can view their Player Profile, Replay Library, Gallery and Glossary. This is where different pieces of artwork and profile items, such as avatars, can be purchased with in-game currency earned through gameplay. There’s an Online Mode that includes Ranked Match, Player Match and Ranking. 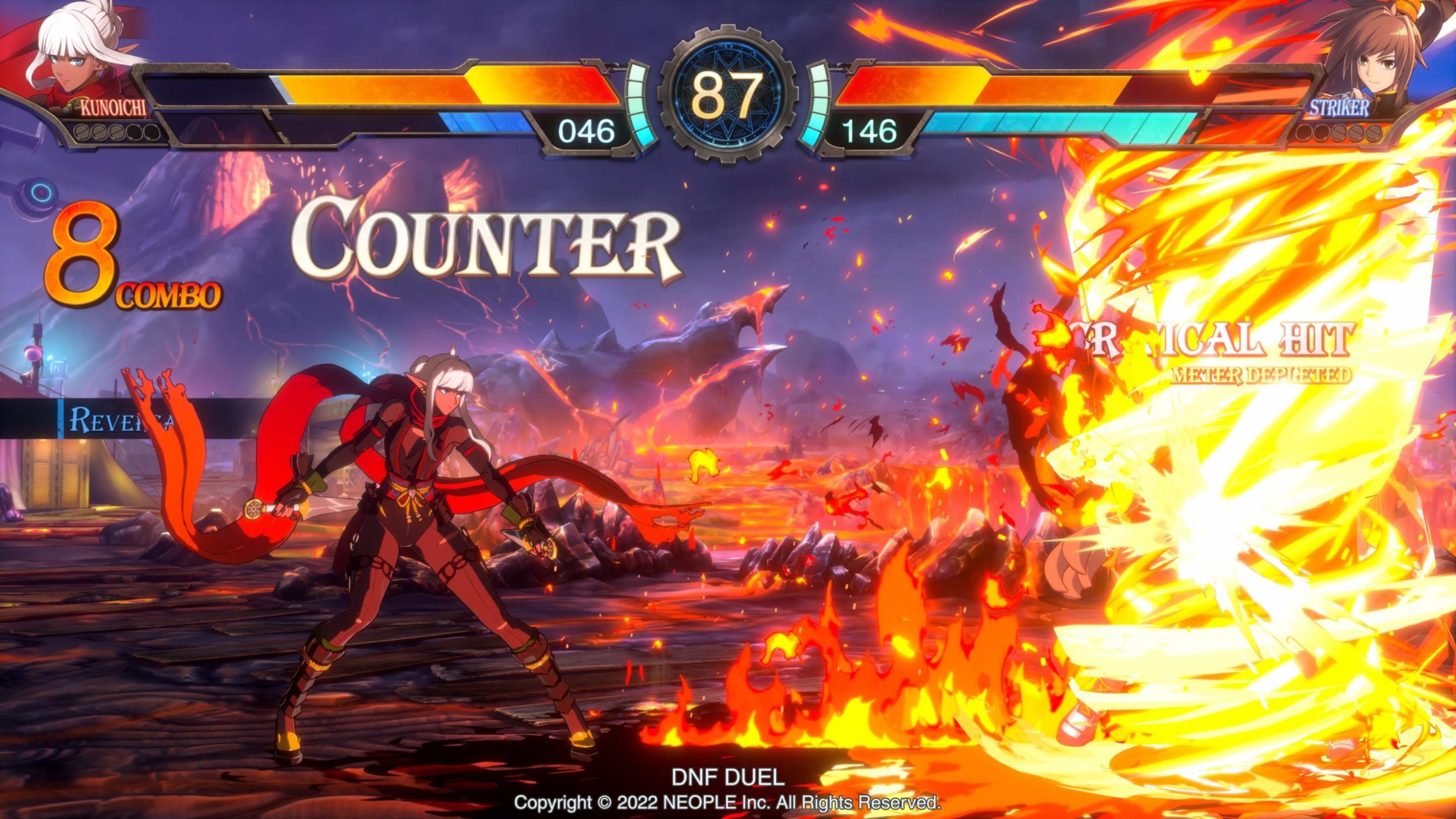 While online play will likely be where DNF Duel finds most of its longevity, the Local Modes do provide a lot of entertainment value. Free Battle is essentially the Vs. mode where the player will participate in matches against the CPU or another player. Survival Mode is an endurance test where the player tries to complete 15, 30 or 100 matches depending on the difficulty. Health isn’t restored after each match, but points can be spent to increase damage or restore health. Arcade Mode is a series of eight matches. Story Mode is the most interesting and actually provides a lot of single player value. Each of the characters have a story told over nine chapters where they discuss their personal connection to Will and try to solve the mystery of the Wonder, a mysterious gate to another world. Each chapter takes a few minutes, so maybe a ballpark of 30-45 minutes per character story. Each chapter is a series of cutscenes and dialogue that culminates in fight. The writing isn’t Shakespeare, but it’s interesting enough where it’s worth playing through each character’s story.

The battle mechanics are straight forward and similar to most 2D fighting games with some twists. It’s actually recommended to go through at least one character tutorial to understand some of the finer points of the mechanics. There are a few different basic attacks, block and dodge functions, but also some attacks that use up MP. Using the magic attacks is encouraged as MP regenerates over time, but having it run out can put the player in a vulnerable state. There’s a powerful attack players can use if they have maximum MP and are low on health that results in an over-the-top animation sequence. The fighting styles can get fantastically ridiculous. Punches, kicks and sword swings aren’t too out of the ordinary, but stringing together combos that involves dropping bombs and fire tornadoes are common, as is carrying around portable cannons and gun turrets. 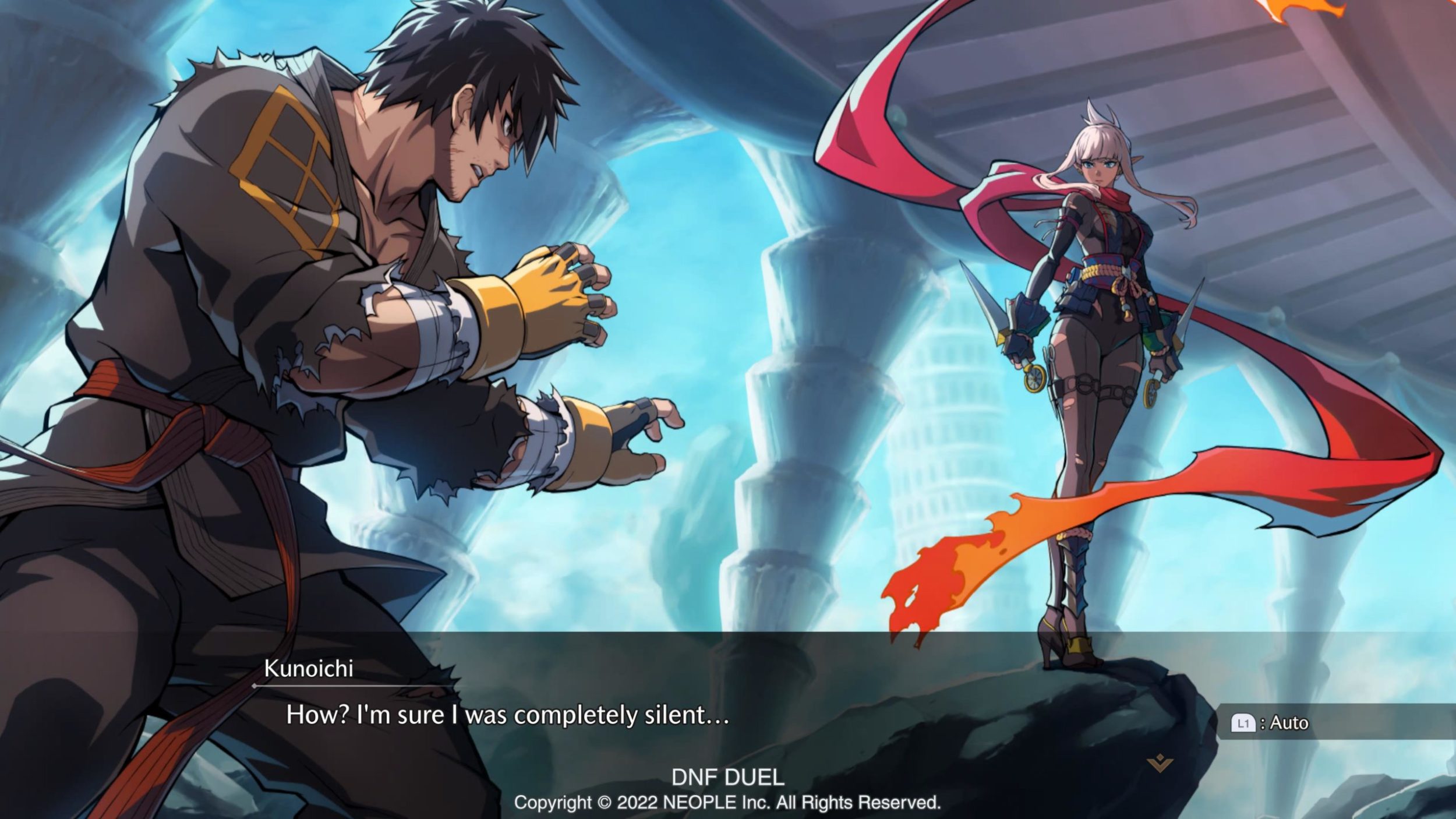 The shortest way to summarize DNF Duel is to stay it’s Guilty Gear with Dungeon Fighter Online characters. I’m sure the dev team loves a lazy oversimplification like that, but it’s meant in the best possible way. Guilty Gear ranks among the best modern fighting games and the good things that can be said about that franchise are applicable to DNF Duel. One the things that was most enjoyable is just how over the top some of the attacks are. The use of high-tech weaponry and magical attacks combined with more traditional swordplay and martial arts helps make this a unique beast among fighting games. A good story mode isn’t something one is guaranteed in modern fighting games, but thankfully DNF Duel has one that makes single player worthwhile. The character designs, as I understand them, are essentially classic classes from Dungeon Fighter Online reimagined as warriors. Going this route for character design creates a huge risk of them being soulless and generic, but the Story does a good job of bringing them to life and developing them like proper characters.

DNF Duel plays like a dream. The battle system is complex enough where spending time in the two Practice modes will help the player learn the nuances of each character’s move set but its accessible enough where newcomers to fighting games can have a fighting chance with a less-refined approach. The controls are intuitive enough where even without going into the Practice modes it’s easy to figure out combos and strategies for each character. The gorgeously-animated 2D characters stand out against the 3D backgrounds that cover a variety of imaginative terrain. While not going for the full on heavy metal motif of their other well known franchise, some of the music DNA has bled into the soundtrack to make it just heavy enough in all the right ways. 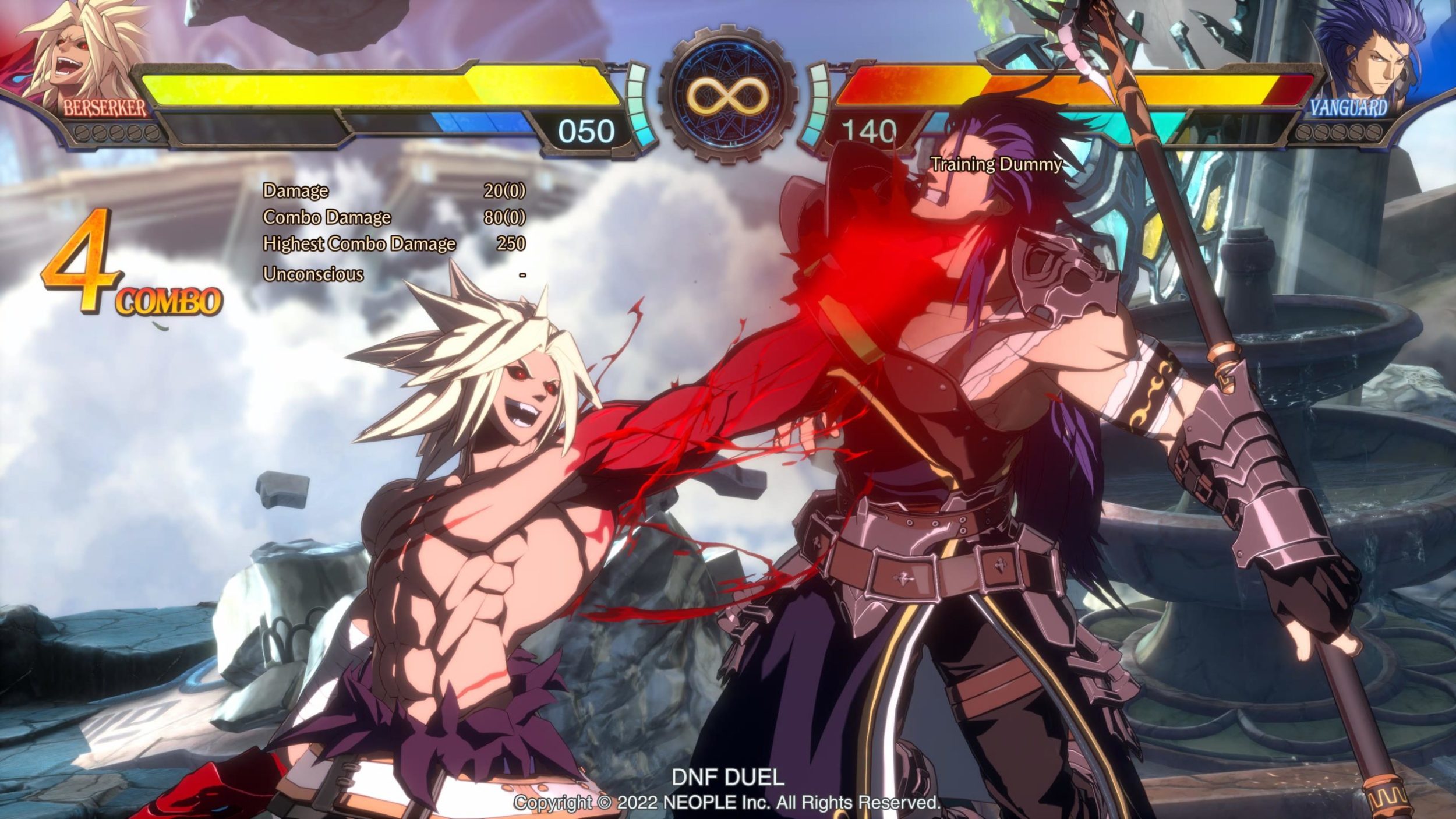 DNF Duel successfully brings the world of Dungeon Fighter Online to a fighting game arena with all the ingredients that made previous Arc System Works games great. The Story Mode provides interesting background about each character’s reason for fighting while the smooth mechanics give reason for having them continue to fight. The animation quality and art direction make this one of those games that is almost as entertaining to watch as it is to play. All the design elements of gameplay, graphics and music come together in a way that proves that while most current games embrace 3D, there’s still relevance in 2D tournament fighters.