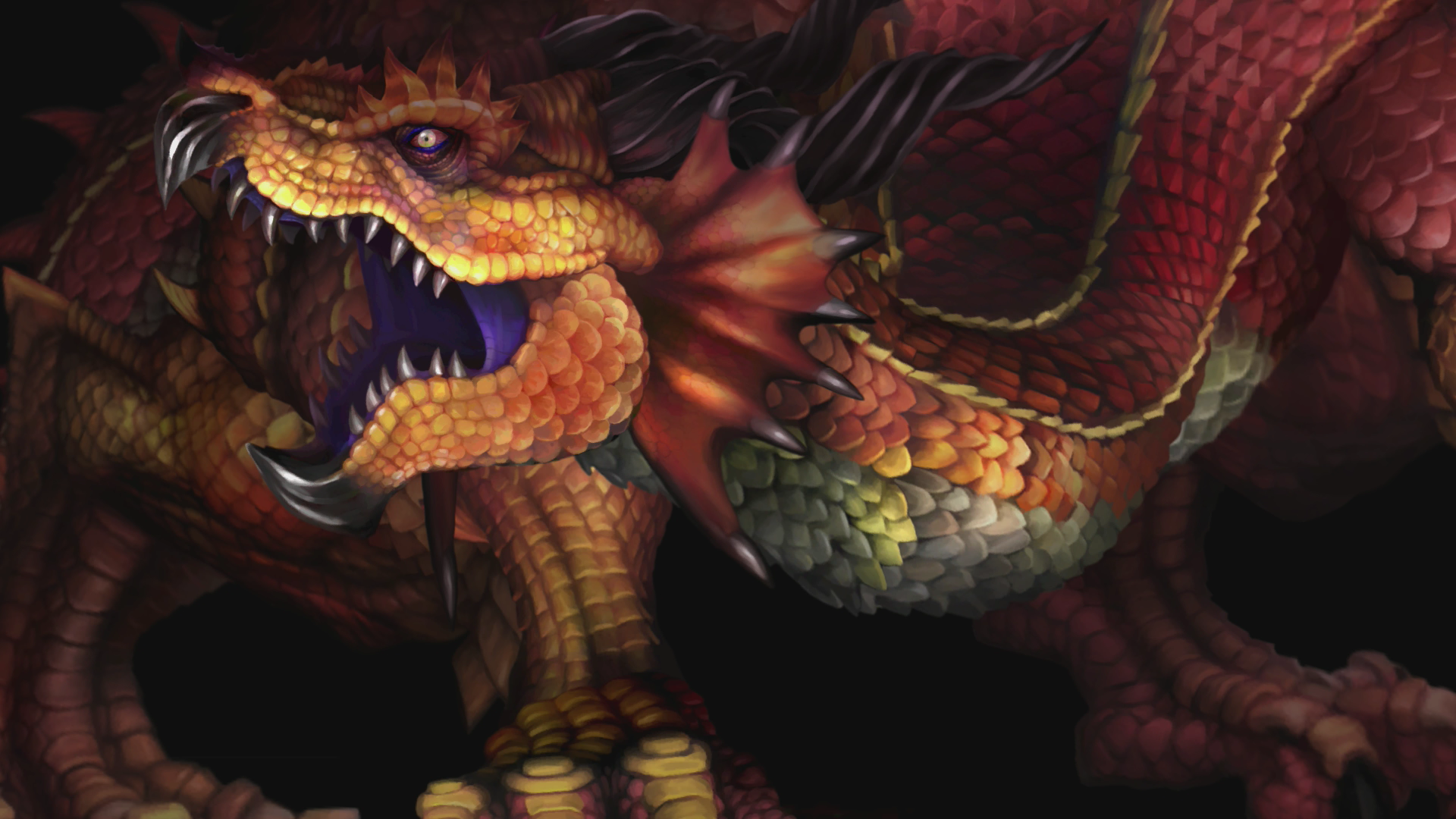 Many years ago when side-scrolling brawlers were common in the arcade, Final Fight came along and raised the bar. The fighting action was pretty good, but the large, detailed sprites running around colorful backgrounds while punching hordes of enemies, all moving with minimal slowdown, was an amazing thing to see. It was the kind of thing that made you wonder about the future of gaming, if arcade games can look this good now. Then the polygon came along and sprites fell to the wayside for a decade or so, but fortunately it’s been several years since 2D clawed its way back from the edge of extinction. Admittedly, most of it is in a modern-retro lo-fi pixel style, but every now and then something like Dragon’s Crown comes along to show off what a fully-budgeted 2D game can look like. It turns out that’s best described as “utterly amazing”.

As for how it plays, however, it’s not too far removed from Final Fight or Castle Crashers. Dragon’s Crown is an unapologetic arcade game with a bit of RPG layered in for good measure. At the game’s start you choose from one of six character classes, each with its own strengths, weaknesses, and attack specialties. As the levels progress and the story develops, you level up, buy new skills, equip a variety of weapons and accessories, and rain down unending beatings on anything that stands between you and the level boss. Each level is packed with secrets and bonuses to search for, which is great when playing single-player, but hop online and the thrust of the gameplay changes to being in the midst of as much carnage as possible. The pace may differ, but it’s fun to either take your time searching for goodies or go rushing through the chaos. 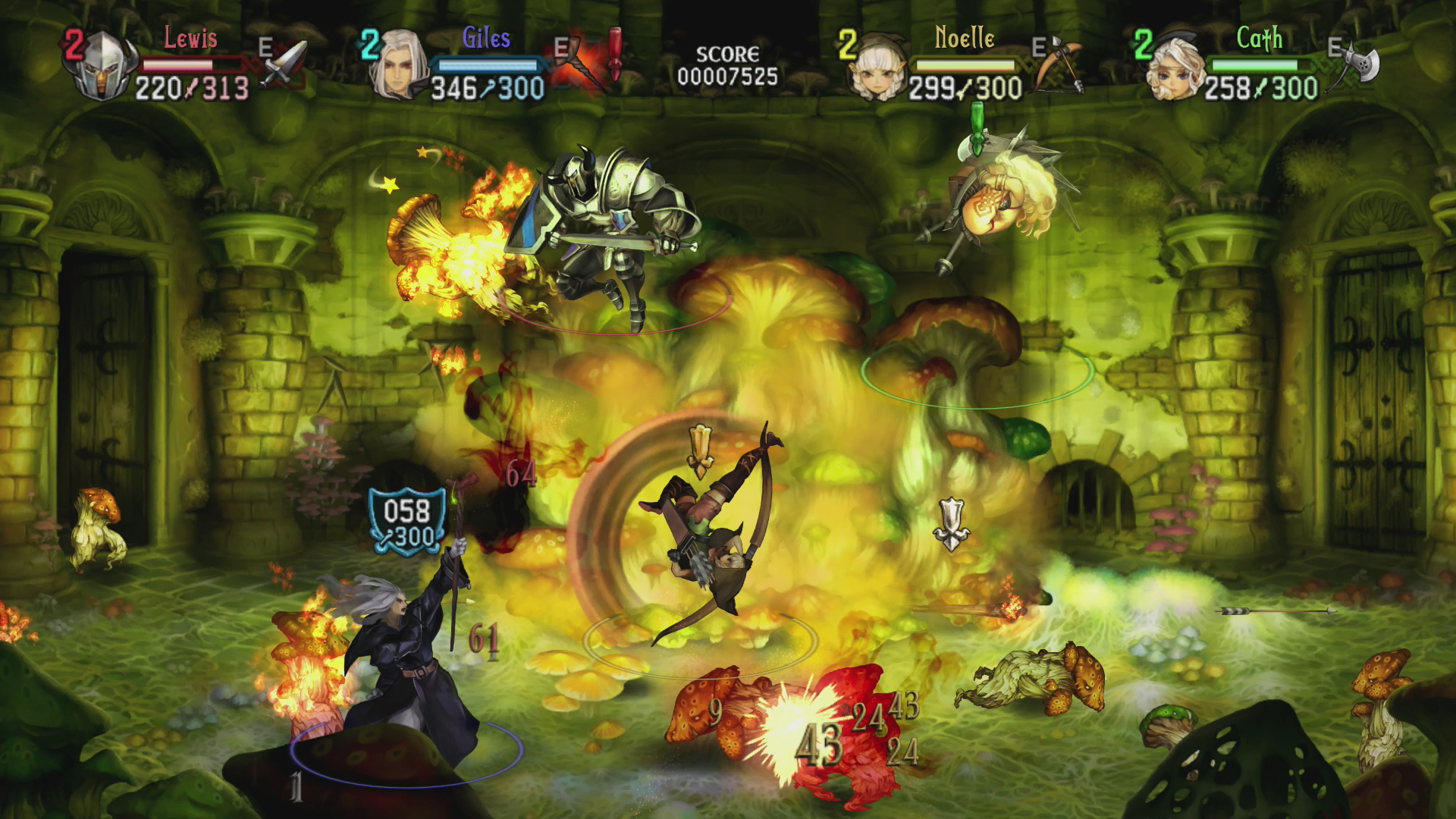 Outside the dungeons is the town that’s the home for the adventurers, which is where all the plot bits happen and loadouts are configured. The bar is home base, and it’s here that you return at the end of the level to identify equipment and get experience. You can also add up to three AI companions to the party in offline mode, once you’ve resurrected the bones of dead adventurers found throughout the levels. This can be pretty handy for the early part of the game, before you’ve earned online access. Finding a character who compliments your play style can make the levels fall over much more easily, and while Dragon’s Crown will drop in random AI companions as the area progresses, it never hurts to stack the deck in your favor a bit beforehand. Another good feature of the AI companion setup is the ability to lock out a slot, because while it’s nice to have a full crew of four, when there’s magic, lots of monsters, and special attacks going off everywhere, it can be really hard to figure out which part of the battle’s pandemonium is you.

While finding yourself can sometimes be tricky, the actual fighting is fairly simple. One button does most of the work, with a tap combined with a directional press for different kinds of attacks while holding it down for defense. Magic and other abilities are where things get tricky, seeing as they’re controlled by the plus pad. Limited-usage magic, health potions, and class-specific capabilities are all assigned by inventory, and pressing left or right chooses an item and then pressing down activates it. It’s a little clunky, unquestionably, but with a bit of advance planning it all works out right, especially seeing as you can set the item order any way you’d like. 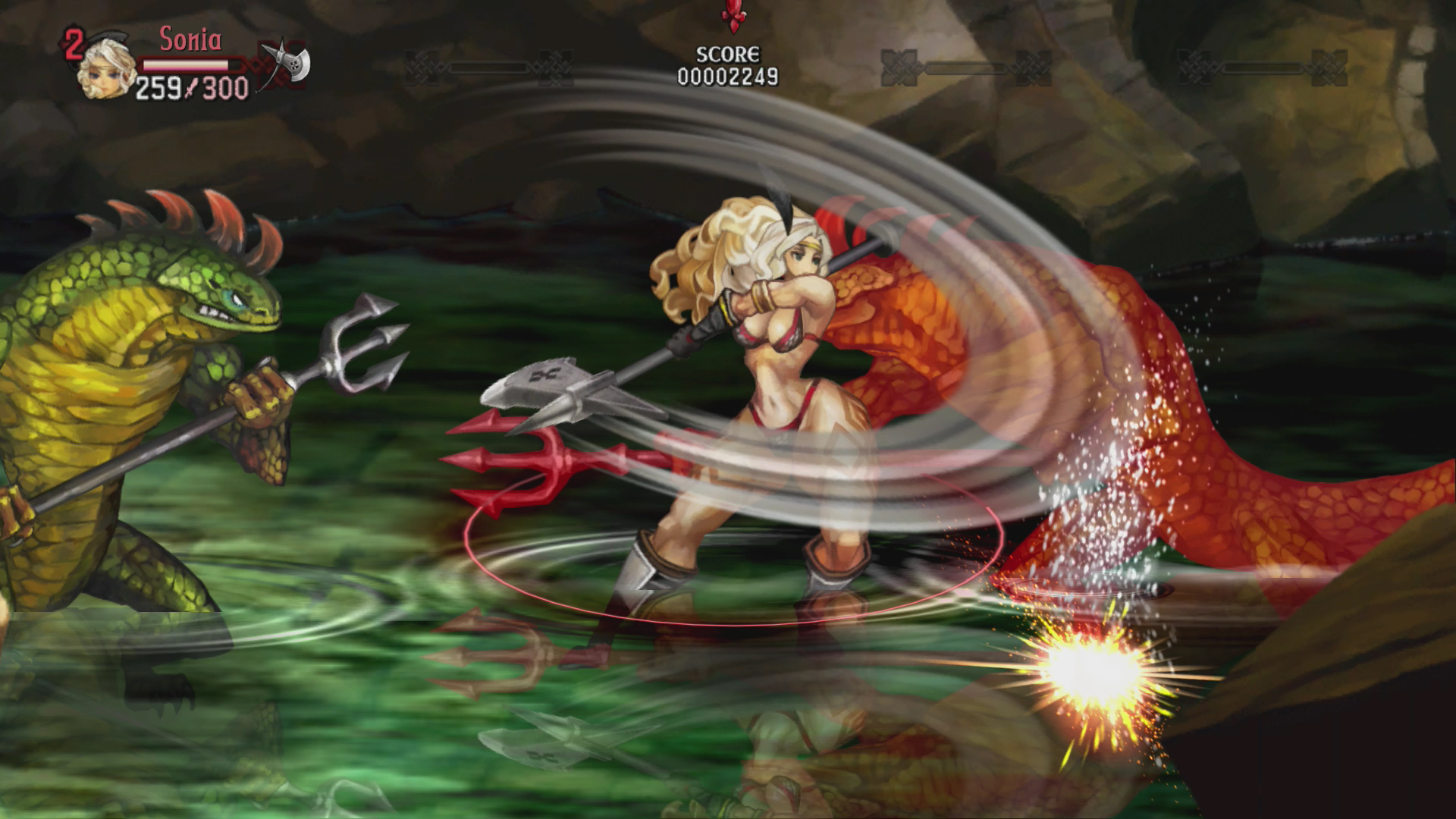 The items and magic have a preset number of uses, but they refill themselves completely on returning to town. There’s only one small problem with this, and that’s due to the enhanced bonuses you get for chaining dungeons together. Once the first nine levels are complete Dragon’s Crown opens up fully, allowing online play, a harder alternate route through the levels, and rewarding bonuses for stringing one level after another without heading back to town to restock. The solution? Multiple packs of items! You can buy potions and magic rings in town, but the weapons and accessories are only found in dungeons. Gathering enough goodies to properly load up multiple backpacks with well-balanced equipment can take some effort, but once the levels start chaining together and the bonuses stack up, it’s hard to stop before every last resource has been exhausted.

Dragon’s Crown is a great arcade throwback with just enough RPG to keep the mind-numbing repetition that’s the downfall of most side-scrolling brawlers at bay, but there is one aspect of that may be a bit contentious. The entire game is beautifully rendered with hi-res 2D art in George Kamitani’s signature style, which is heavily influenced by 1980s fantasy art. There’s not a lot of clothes and all the boobs jiggle, wobble, dangle, or otherwise move in a way that basically begs for a sports bra. On the one hand it’s gratuitous and juvenile, but for the type of fantasy the art is based on it fits perfectly. It’s a modern take on the legacy of Boris Vallejo, Frank Frazetta, and Heavy Metal magazine, and looks exactly like it should for the kind of art that inspired it. 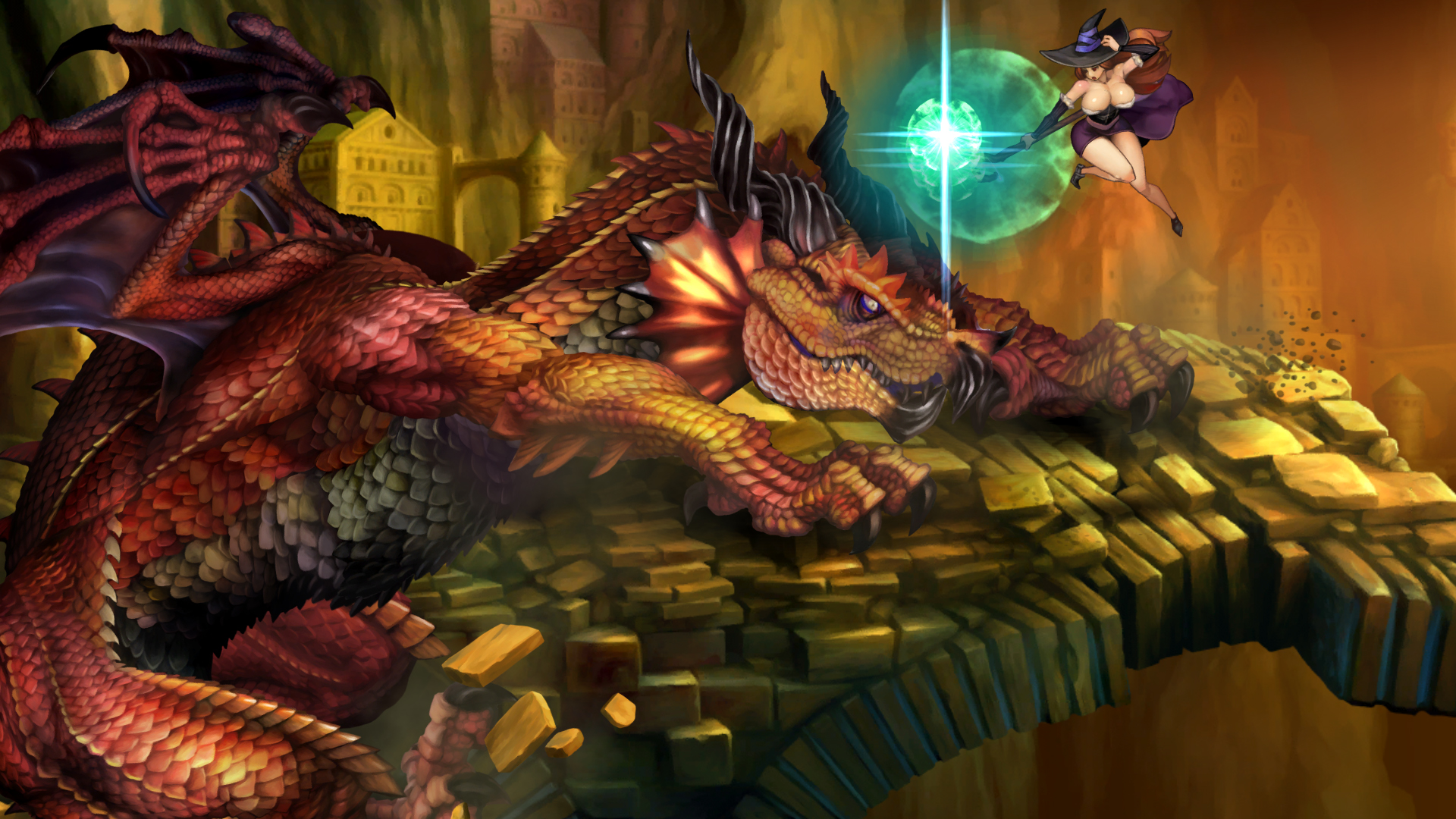 As a side-scrolling brawler, Dragon’s Crown is deep and loaded with replay. As an example of 2D art in gaming, it’s unequalled. The characters, enemy monsters, bosses, level art, and everything else that goes into the look of the game is unmatched in detail and design. True, it only equals and doesn’t beat the smoothness of the animation in Aladdin or Earthworm Jim, but neither of those two had the high resolution and associated detail to deal with. Once the impact of the art settles in, however, what’s left is a fast, responsive, and highly playable action-fest that’s great fun both in single and multiplayer. It’s a fantastic tribute to classic arcade gaming, loaded with secrets to unravel and enemies to pummel into a fine paste. It’s always a good day for beating on monsters, and that’s never looked better than in Dragon’s Crown.