In Capcom’s recent history, there hasn’t been anything as massive and more dedicated to their fans as Dragon’s Dogma. Last year’s game featured a vast world to explore and incredibly diverse hardcore gameplay mechanics that put all action-RPGs to shame. The Japanese company is looking to expand on the fiction with Dark Arisen: a brand new island that introduces new foes to fight and new equipment to find. Take up arms and rise to the occasion as it’s time to vanquish the fabled Dark Arisen once and for all.

The new content starts relatively early in the game when the Arisen approaches a young woman on the docks of Cassardis (the beginning town). She needs the aid of no one other than the Arisen and so begins the adventure of the dark and obscure Bitterblack Isle where only terror awaits. This is a long and monster-infested dungeon that will challenge the player to uncover all its deathly mysteries, along with collecting more glorious loot, gaining more insight on the world, and upgrading existing weapons well past their means. 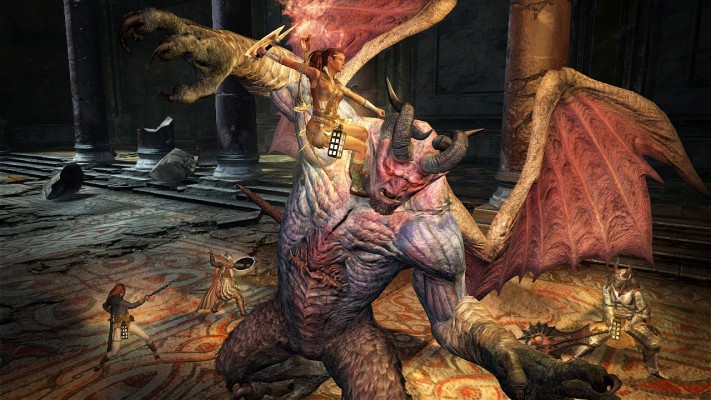 The problem that Dark Arisen faces is that it doesn’t necessary play to the strengths that made the original game great. The world in Dragon’s Dogma was vast, and while it had its problems, it was still enjoyable to explore. In Dark Arisen, it’s completely the opposite. Sure, the gameplay remains the same, but the new location could easily be compared to Dragon Age II’s disappointing dungeon structure. It’s a closed off dungeon with little exploration that’s divided into three sections, at least in terms of the number of shortcuts, and each just reuses the same five or so areas with incremental differences between them. For example, one area will allow you to drop to a smaller basement level while another may be filled with water; or a passage may be blocked off in one instance while connected in the next. The only unique and original areas are at the beginning, the middle and the end of the dungeon, while the rest are purely repeated.

Additionally, the new enemies are far from expansive. The addition of Death is a welcome sight, even though he’s completely, and understandably, overpowered, but a number of the new enemies feel like rehashed models. Making something bigger or a different element doesn’t make them any less the same as they were. That said, the newer opponents are still very exciting to fight and require different levels of skill and knowledge to defeat. Death can kill anyone with one well-placed swing of his scythe and send allies back to the Rift, while Daimon, the antagonist of the story, can cast magic and even transform during the second playthrough. While there is a lack of original enemies, the new ones do contain strong traits. 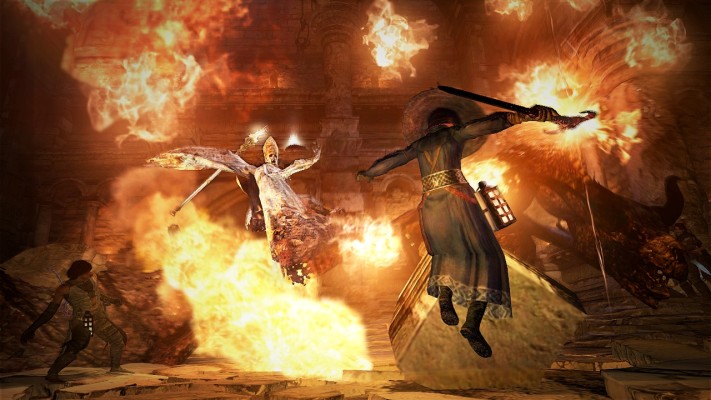 The new content clocks in, depending on the difficulty, around eight hours and is very replayable. It actually only becomes enjoyable after the dungeon is completed once when enemies become more difficult and varied in their placement. It keeps players on guard to not necessarily know what they’ll come across next. Additionally, weapon forging has been upgraded ever so slightly. Previously, weapons could go up three levels and then a fourth if they were lucky enough to be touched by dragon fire. Now, once a weapon has been dragon forged, which is somewhat difficult if the main game wasn’t already completed, the ability to advance it two more levels is given, but only with items that are found by grinding in the new dungeon.

While I may be a bit sour on the new Dark Arisen content, thankfully the main game is also included in the package. This comes almost untouched, just with some minor gameplay balances fixes and statistical adjustments to equipment. Previous updates, such as hard, easy and speedrun modes have been built right into the game, along with an install disc (at least for the Xbox 360 version) to help speed up load times and increase the draw distance. Additionally, Ferrystones are more affordable in stores, and if players played the original vanilla version of the game, they will automatically be given an Eternal Ferrystone that will allow them to fast travel without worry. Regardless, not a whole lot has been changed here, and that’s a good thing as Dragon’s Dogma felt like a complete and solid package when it hit last year. Excellent gameplay, a vast world to explore and an intriguing storyline to adventure through; Dragon’s Dogma certainly is one for the ages. 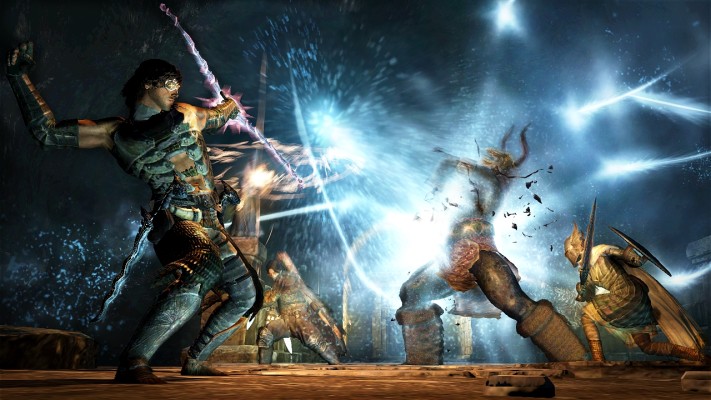 Dragon’s Dogma: Dark Arisen is technically the best version of 2012’s RPG, but the new content leaves something to be desired. It only becomes interesting after the dungeon is cleared, when enemies are both strengthened and varied, leaving the first playthrough to be lackluster. Regardless, packing it in with the main game is a solid move and the imaginative gameplay mechanics still remain some of the best in any action-RPG. If you’re a newcomer to Dragon’s Dogma, then this is the edition to get; otherwise, you’ll have to be an incredibly dedicated fan as there isn’t enough here to justify an upgrade.