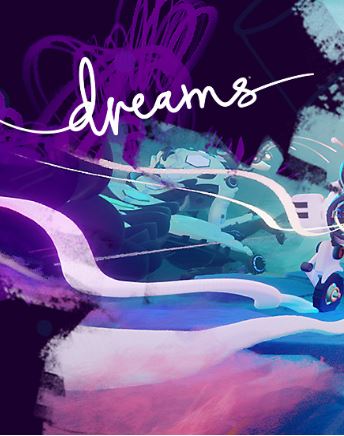 What are dreams? They could be a series of thoughts, imaginations or fantasies running through our heads while we sleep. They could be aspirations, ambitions and ideals we have for ourselves or others. A dream is what we choose for it to be. Dreams are the personal parts of ourselves we can choose to share with the world–and that’s exactly what Sony and Media Molecule’s goal was with Dreams. Part game and part development software, this latest PlayStation 4 exclusive seeks to put total creative control in the players’ hands. If we can imagine it, Dreams is there to help us create it. From in-depth tutorials about level design, to workshops about scene writing and more, Dreams is an open sandbox of endless possibilities. And if players need a break from designing their own sequences, there’s an ever-growing number of games players around the globe have created and uploaded for others. With Dreams being such an unorthodox title unlike any we’ve seen before, it doesn’t lend itself to traditional review methods. Instead, we must examine Dreams‘ goal as a software and whether or not the tools it provides help players achieve the promise of creative freedom.

“In the beginning, there was nothing. Then there was everything.” Dreams starts off in a magical tutorial sequence that truly shows off the power of the software. Playing on the theme of imagination and creativity, bursts of shapes and colors greet you as the concept of Dreams is introduced. A concrete sense of the title’s purpose is developed as the opening sequence boasts the endless possibilities found within the software. This title is unlike anything I’ve ever played in my many decades of gaming experience. Not only is Dreams an innovative idea, it’s an idea that could spark a new future for gaming.

As we are shown the basics of Dreams, we begin by picking our “cursor” for the title. Players can pick from a number of imps as our helpers. These fuzzy little creatures help us navigate space and create scenes. Dreams’ default setting utilizes motion controls in the Dualshock 4 or Move controllers for those with VR. I can’t say that I’ve ever been a fan of the PlayStation’s motion controls, but for the sake of immersing myself in the title I decided to keep them on for awhile. The motion would work better with Move controllers as it took some time for me to become acclimated to motion with the Dualshock. When merging motion controls with the various editing tools available, Dreams does become a beautifully tactile experience that transcends traditional gaming models. Where other games may have win conditions (or conditions that signal being in a state of winning), Dreams isn’t a game about “winning.” It’s a title about creating. 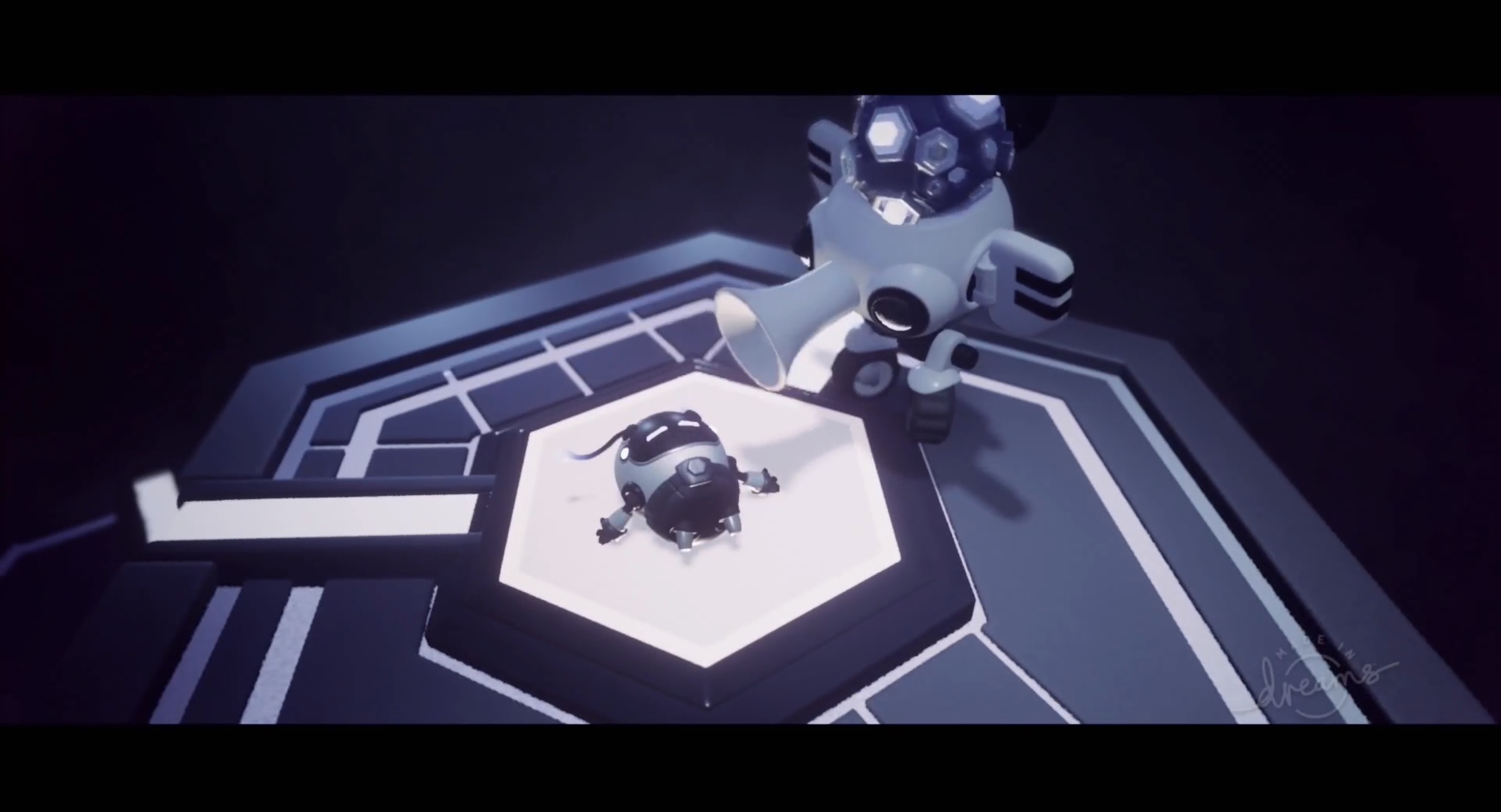 Creation is the game and Dreams does exactly that. I’ve never been so impressed by how a software educates its user like Dreams does. There’s so much to explore in the title. There is a tutorial for every step of the creation process. To show users the true power of the software, Media Molecule invites players to first play “Art’s Dream”– a stunning look at the true power of the Dreams software.  Everything from vibrant colorful designs to a musical number are included in Art’s Dream. While playing through, it was almost difficult to comprehend that Dreams allows for such a stunning production of content. But it’s true. Taking a break from creating to Dream Surf allows you to try the creations of players around the world. Others have wasted no time in recreating new designs of familiar games. From someone creating a “Fallout 4 Dreams Edition” to new Sonic the Hedgehog creations and even original games, I was not prepared for such impressive software. Playing through others’ creations showed an entire universe of possibility.

Dreams isn’t even necessarily about making games, it also allows dreamers to create gallery images or small videos of anything that comes to mind. From various art styles to scene creation, Dreams made the promise of original creation and impeccably kept that promise. Don’t find yourself to be a creative expert? That’s alright because players can even “remix” content that’s already been created and published in the software. It’s a mechanic that requires the original creator’s permission, but allows others to make their own tweaks without having to build from scratch. Being able to explore the creativity of others allows social connection unlike anything we’ve seen before in a game. More recently, a title like Death Stranding played with the idea of “social media” mechanics like we’ve never seen in a game, but Dreams takes social connection to a whole new level. Where Media Molecule created the foundation, users have an active role in the title’s growth and expansion. 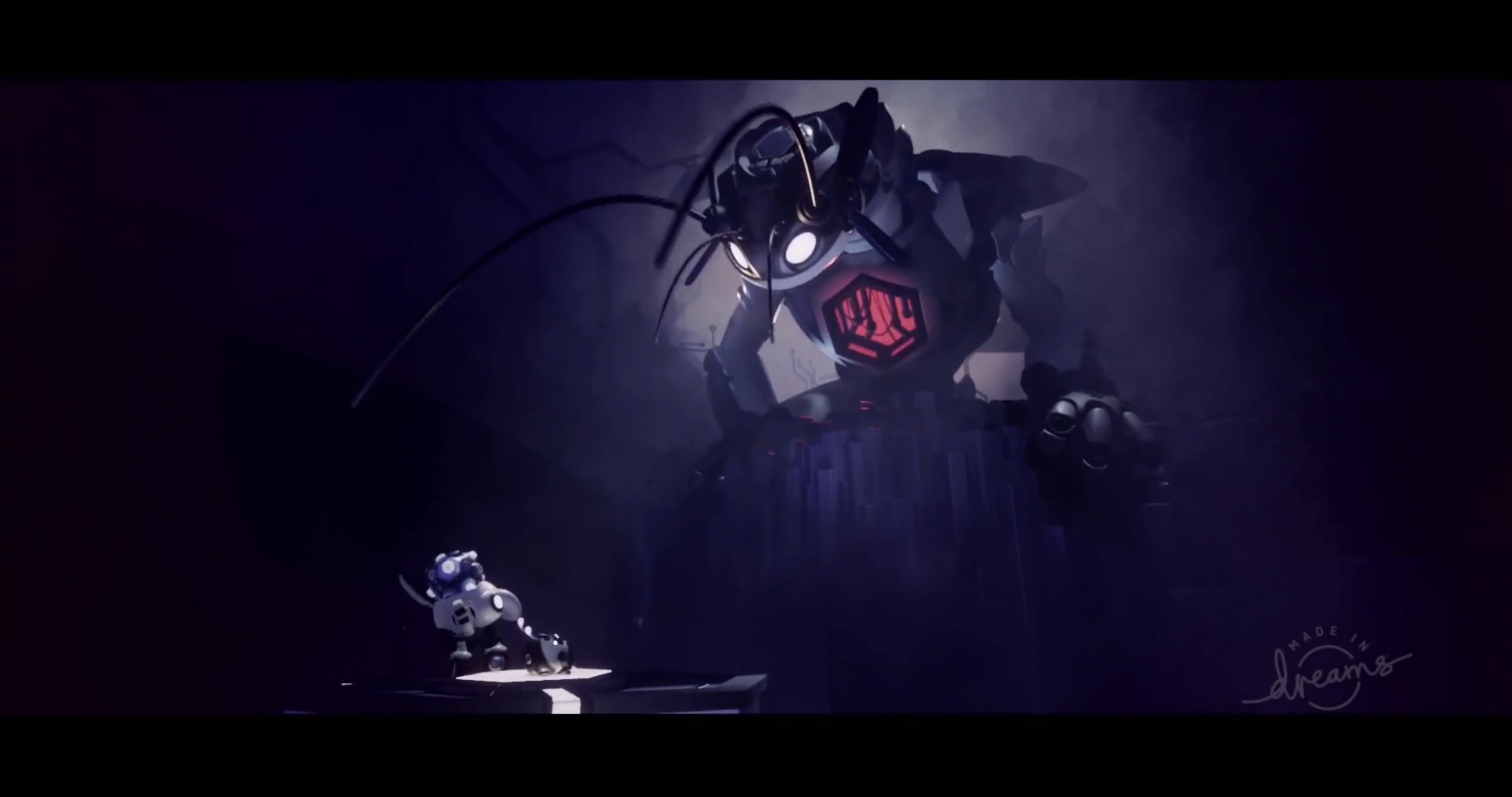 Dreams makes good on its promise of absolute creative freedom. There’s a simple reason why the title is able to exceed expectations: it’s development tools. It’s a simple reason that yields a complicated structure. Many of the tools players have to work with in Dreams are exactly the kinds of things development companies use to create their own content. It’s as if Media Molecule went through an entire checklist of “How to make a game” and put it into Dreams. It’s exactly what we’ll find as we start to explore the software. There are so many different tutorials that take diligent care in teaching players how to navigate the world of Dreams. From tutorials on navigating the camera to tutorials on color shading and more, Dreams teaches players the ins and outs of how to create content. It’s an excellent start for those with any interest in developing games or creating art.

Each tutorial has multiple parts that show players how to get started. I personally don’t like when a game holds my hand too much when teaching me the basics, but I don’t mind it with Dreams because there is so much to learn. Almost too much to learn for those with limited schedules. It’s fascinating to see how many different classes there are within the software that guide players every step of the way. This does lead us to a very real criticism, though — that while Dreams begs us to endlessly explore, it also demands much of our time. It’s a title that has a steep learning curve when it comes to creation. It’s a title that requires you to sit down and watch tutorials for awhile. And while the tutorials are indeed adorable and approachable, this does mean that many hours spent in Dreams is actually learning the ropes first before anything is actually done. Yet despite the intense demand of time, Dreams does have all the necessary tools for creation if you have the time to devote to it. 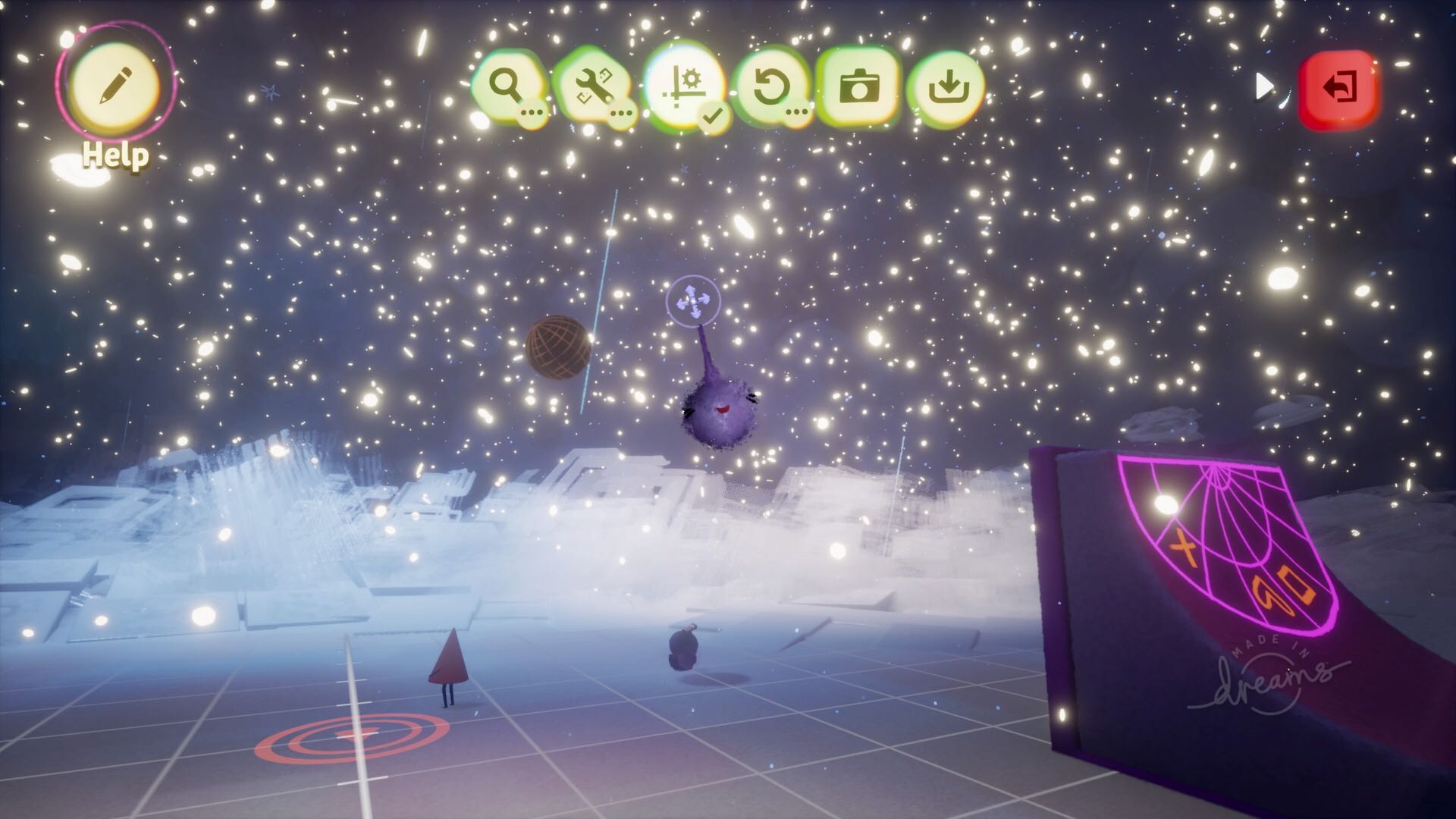 Dreams is not a traditional game, but rather constantly changing innovative content creation software for PlayStation 4. Players around the world have already started Beta and Demo builds for their original creations that may not have been previously accessible. This has traditionally been software that required a PC in the past, but now Media Molecule and Sony have created an inviting title that anyone can use. The possibilities with Dreams are impressive and endless. Bright and vibrant, it invites creativity and ingenuity in ways never seen before that could change the way we view games in the future. Dreams made a promise to players that if they could “dream it,” they could make it. It delivers on all those promises with a robust creation system and tutorials for every facet of the game. While learning how to Dream Sculpt is challenging with a steep learning curve, Dreams does not let its players flounder. With some practice, anyone can create whatever content comes to mind. Despite it being time consuming, Dreams delivers certain freedoms not found in other games. Dreams is a perfect title for players seeking a robust sandbox with exceptional creation tools. It just goes to show that anyone with a dream can make it a reality.