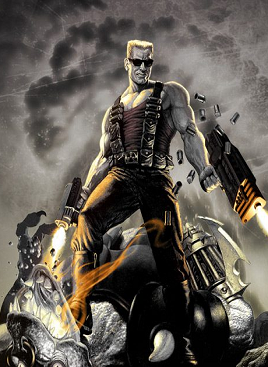 Duke Nukem has more of a prolific history than normally attributed. Starting off in the early 90s as a side-scrolling action hero, he truly caught on with the gaming populace with the release of Duke Nukem 3D. Boasting an advanced faux-3D engine, voice clips writing that was admittedly pulled directly from movies and exquisite level design that were designed to feel like actual places instead of just being a maze, the popularity of the title can not be underestimated. It truly brought the genre forward. After, there was the infamously long-in-development Duke Nukem Forever coming directly from developer 3D Realms. Fans became impatient, eventually giving up and just ridiculing the project.

In the meantime, numerous other titles of varying quality found release across different consoles, including third person shooters and new side scrollers. Still, Duke Nukem 3D is the game that holds a special place in the bacon encrusted hearts of the OG. Gearbox also has a soft spot for it. After Developer Digital’s license ran out for selling the Megaton Edition of the classic, Gearbox decided to revisit the classic before putting it out under their own label. Bringing the original developers back together to create a whole new episode to go along with the originals, Duke Nukem 3D: 20th Anniversary World Tour is now upon us. Regarding the original content, it continues to play very well. While some newer players might find the gunplay overly simple when compared to the likes of a Call of Duty title. these kids are, to use the medical term, devastatingly wrong. While the modern shooter does provide thrills of their own, the challenge of Duke lies in exploration, solving a series of minor puzzles, and using an assortment of heavy weaponry to render alien scum into nothing more than a few bloody chunks strewn across the landscape. That feeling remains here, represented with almost perfect controls.

One of the things that Gearbox was rather excited about was the touched up graphics, most notably the lighting effects. While there is a difference that can be seen when switching between the original and the touched up, they aren’t really noticeable. The idea was to make it look like the player remembers as opposed to radically update it. The thing is that I have personally played through the Megaton Edition recently, so my memory is fresh. The touch ups don’t do a heck of a lot. But that’s okay, truthfully. It is preferable to err on the side of maintaining the original in a case like this. Besides, there is a plethora of director’s commentary to make up the difference. 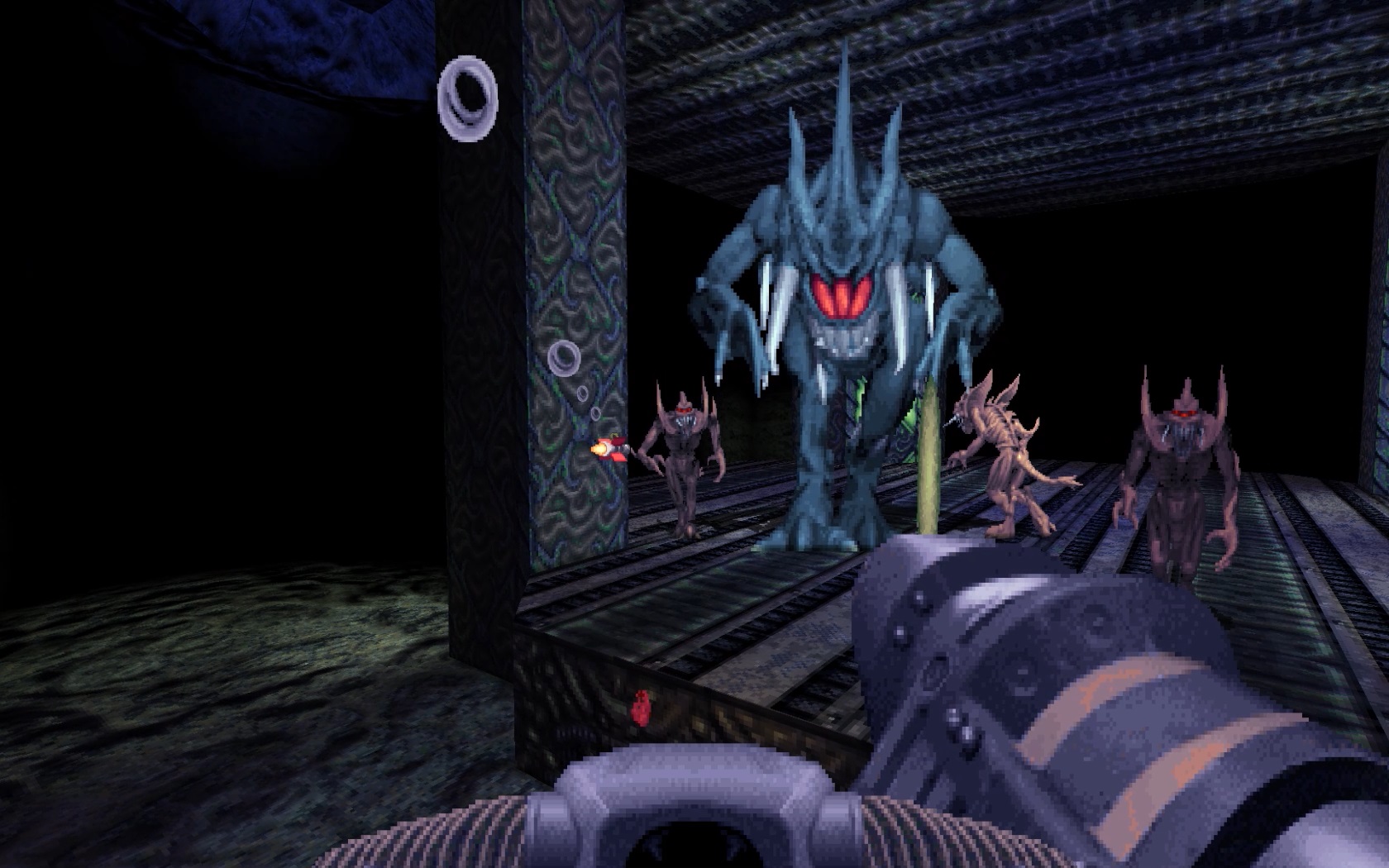 The real draw of this title is a whole new mission pack; it was certainly my initial destination. Entitled Alien World Order, this eight level adventure takes Duke on the titular world tour, detonating foes with classic weapons along with the new Incinerator. Rumored to be planned for the original release back in the 90’s, this weapon lights enemies aflame, sending them running and screaming. It makes for great crowd control as it takes an enemy temporarily out of the mix. Should they burn long enough, they will eventually be reduced to ashes.

The level design on these new stages are nothing short of excellent. From the opening mission, High Times, through a maze in Egypt, the streets of London, and more, these feel like they belong on the initial title. Admittedly, there is a propensity for overwhelming the player with hordes of scum, but this is intended for veterans of the original release and is placed directly after Atomic Edition‘s The Birth in level order. The majority of stages are rather lengthy, with the most taking twenty or more minutes to clear. (That is without trying to hunt down the ever elusive secrets.) Challenging, but never unfair, this mission pack earns its place among the best of Duke. Were Gearbox to create a whole new Duke game like this, it would be an instant purchase from this fan. 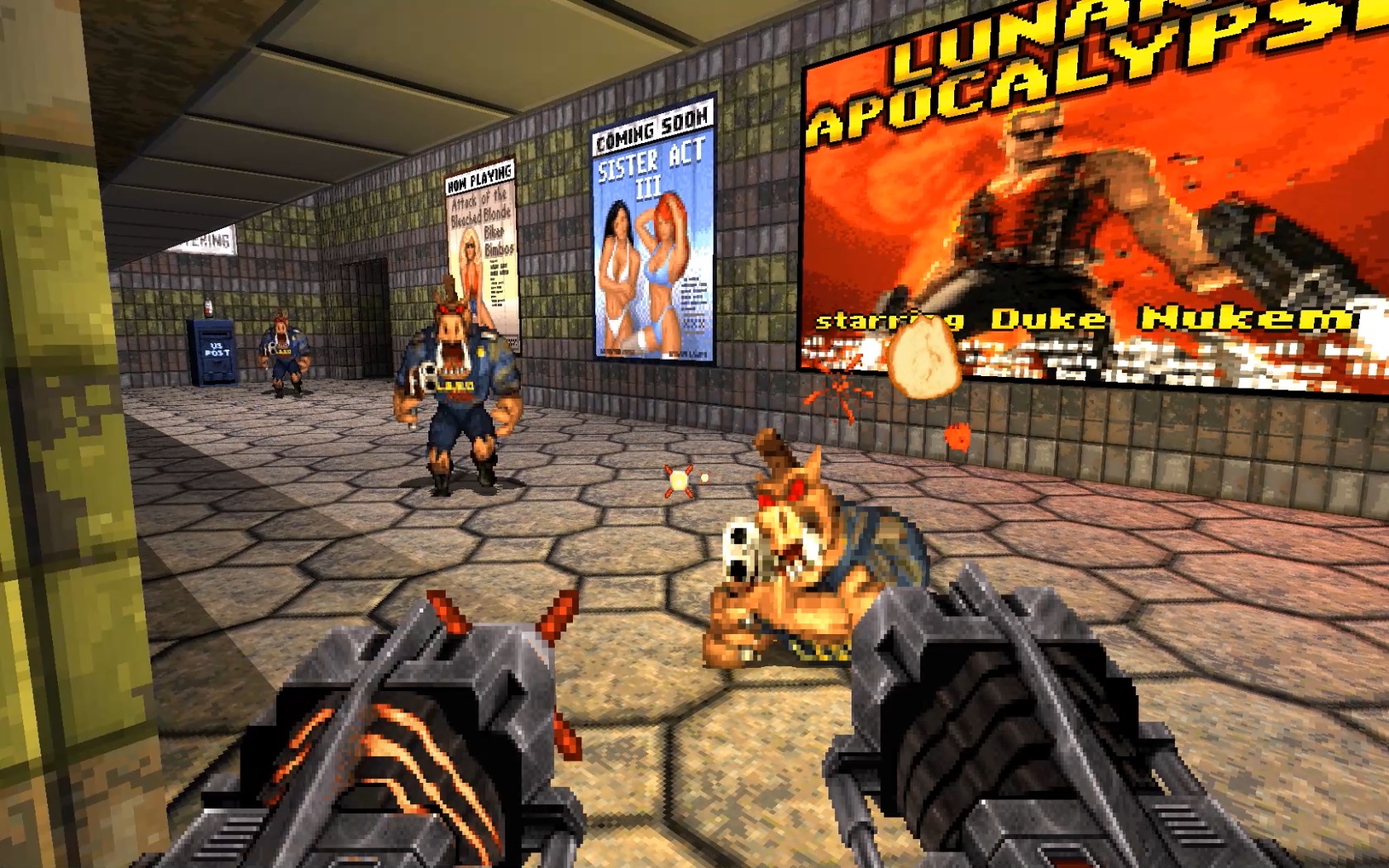 There is one major issue with playing this title on consoles or with a controller on PC: the weapon switch. As originally designed, the player simply slaps a numerical key to pull up the corresponding weapon. In this version, on the controller, the player uses the left or right bumper to cycle through the arsenal. Once landing on the weapon, there is between a one to two second delay before Duke whips it out. This can lead to some disastrous situations that are mitigated by the inclusion of Megaton Edition‘s rewind feature. When death occurs, the player can rewind their play back to anywhere they were in a level. Useful for learning the levels, and thus knowing when to equip a certain weapon, it also removes the need for save scumming the game.

The other disappointing thing about this package is the lack of other mission packs. Whereas the previous release included Duke It Out In DC, Duke Caribbean: Life’s A Beach, and Nuclear Winter, this edition only includes the original three, Atomic Edition‘s The Birth, and the new Alien World Order. While the three omissions weren’t developed in house by the original team, they were sanctioned mission packs that did see official release by 3D Realms. As such, it seems that they should be included in a 20th Anniversary celebratory title to create the definitive version. 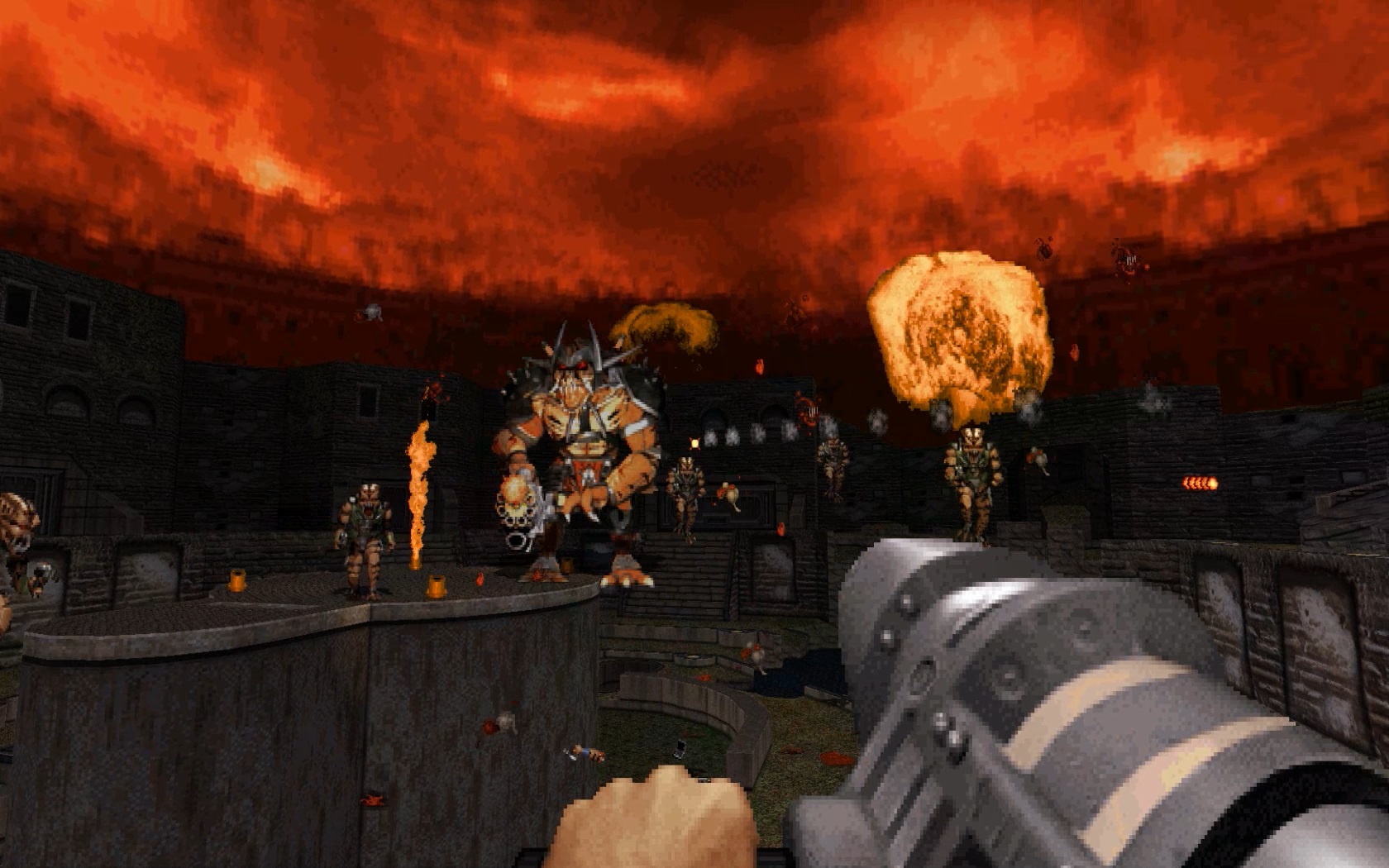 While not without some issues, Duke Nukem 3D: 20th Anniversary World Tour is absolutely a worthwhile release of an absolute classic. It is admittedly better played on a keyboard as designed, but the original title is given a clean representation with this version. The addition of director’s commentary as well as a healthy brand new mission pack denotes a level of care for the game that didn’t necessarily have to be shown. Tossing the original up on the marketplace so that it was available for purchase would have been sufficient. Gearbox went above and beyond (for the most part) with this one. Whether that is worth the asking price for folks who have played the original to death for the will be up to them, but I would consider the new pack worth it, even without the extra bells and whistles.