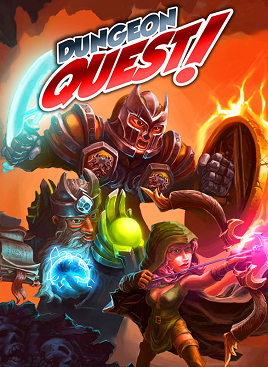 Having only recently dipped toes into true smart phone gaming, it’s taking some time to get acclimated to what is out there. There is just so much stuff to sift through in order to find the quality among the never ending droves of copy cats and pure dreck. One recent find has been impressive. It might be old news to the more knowledgeable, but it has received major updates since its inception. Shinybox Interactive made themselves a great action/RPG with the free to play Dungeon Quest!. Unnecessary exclamation point aside, this mobile title is just really well put together.

There isn’t much of a plot to this one. The player chooses between three classes and starts exploring dungeons and collecting loot. The options are to be expected: warrior, rogue, and wizard. The warrior is the hacky-slashy type, the rogue is nimble and sneaky, and the wizard flings spells with aplomb. Admittedly, this explanation isn’t required, but there could always be a freshly unfrozen caveman who quickly learned the ins and outs of modern technology but never obtained a basic grasp of RPG tropes. Still, it would have been nice to see something new in the classes to make this stand out. The initial choices are just so achingly generic.

After choosing a class, it’s time to play. Players dive into the first dungeon, start taking down the violent denizens, and begin accruing an incredible amount of drops. These come in the typical common, rare, and epic varieties, and the good stuff can come from seemingly anywhere. A common mob might drop a much needed epic robe, making it worth hunting down every last enemy. It seems like there is always something new in the inventory to check. Another interesting aspect of the equipment is how it affects skills. As players level up, they will be able to access more skills from a quick virtual button press, but the actual skills depend on what’s equipped. Sure, that new epic might allow for higher defense and damage, but instead of the heavily used magical shield, the player gets a teleport skill. This might not be as beneficial to the player’s style. Therefore, even at early levels, there is constant experimentation with load outs and strategies. This is actually pretty neat and makes finding the new stuff even more fun. 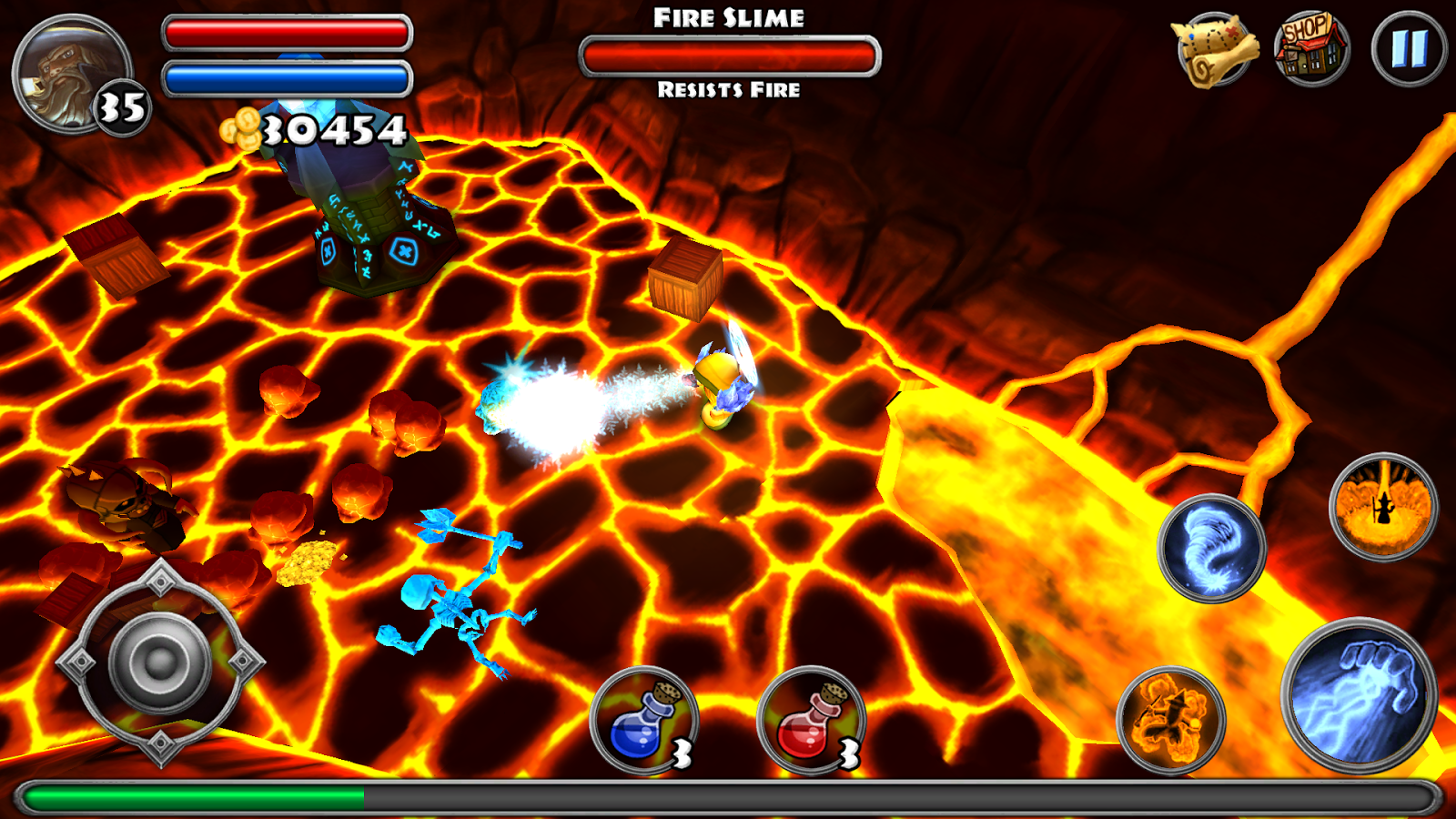 It’s got a great graphical style, too. Pick any Shinybox designer, and they will tell you that they are huge fans of Diablo, Sacred, and the like. Still, though, they wanted to create something that could be appealing for families to play together. What they created is a cartoon-like fantasy playground that is safe for kids to enjoy while still providing a large amount of depth for people who want to slay monsters and earn upgrades. It’s pleasant and the stylistic choices render it something that won’t tax older devices. Also, as Hardcore Gamer newcomer Chris Shive has observed, it’s less colorful than Diablo 3.

This family friendly focus also shows through when the player dies mid-battle. When this happens, they can choose to continue where they left off for a small amount of in game currency, or start the level over again. As the amount was a pittance so slight that it would be earned back after felling a couple of low level monsters, the immediate respawn was always taken. People interested in grinding might opt to do the latter, but never because of a lack of resources.

This surface simplicity hides a large amount of moving parts just below the surface. Sure, each level up yields three points that can be divided into attack, health, and mana, but these aren’t the only stats. Players interested in min/maxing will find copious amounts of stats and traits to explore, based on equipment. A quick look at the forums reveals the insane amount of dedication fans have in getting the best character build for any situation. 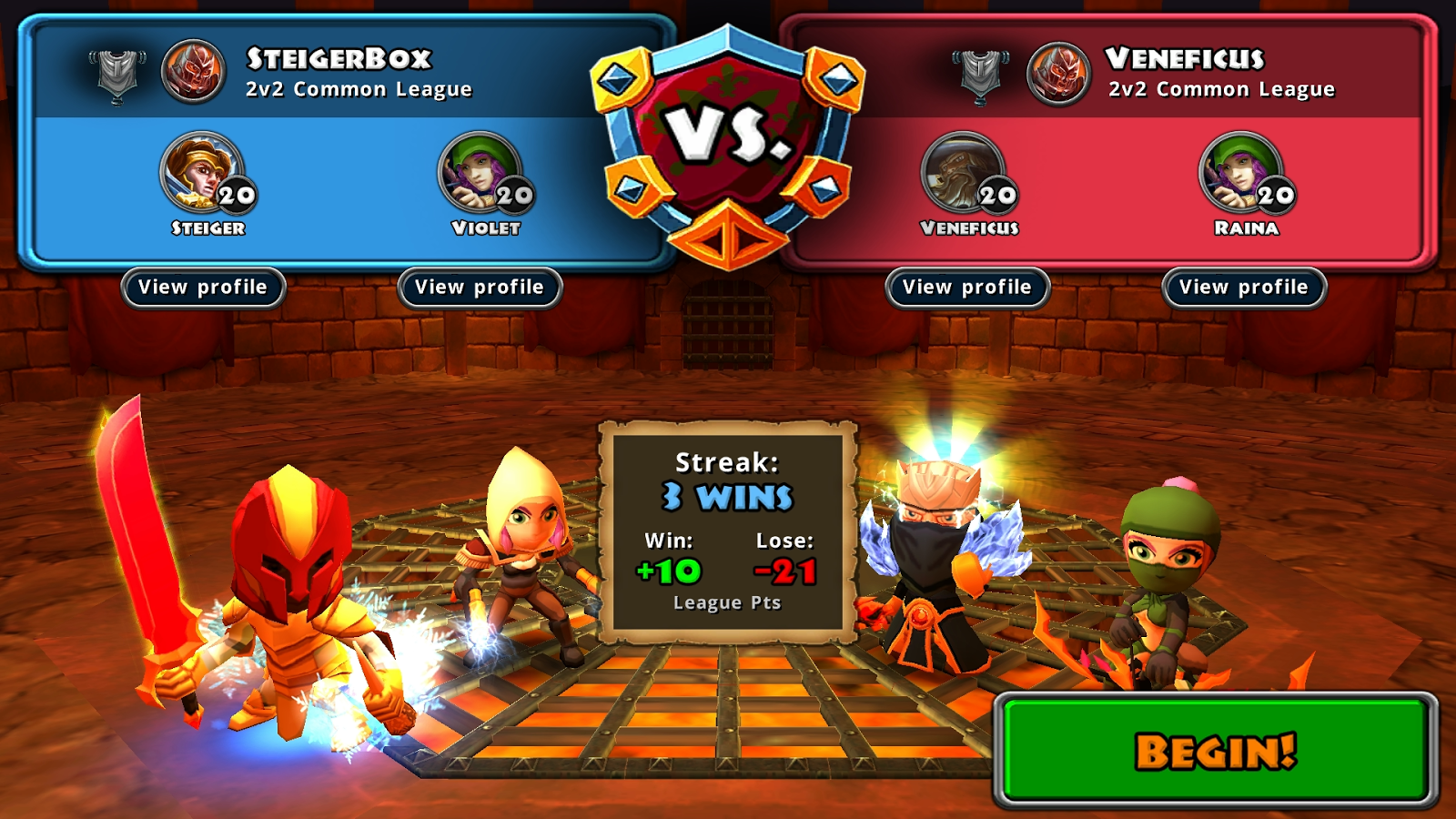 The only real knock against Dungeon Quest! comes as a result of this reviewer being a cranky old man. Playing this on an iPhone 6s gets to be handcrampingly uncomfortable. The movable virtual stick works really well, and the buttons are wisely placed, but playing on the smaller phone requires the hands to cramp and claw up. Plus, based on where the speakers are located on the phone, holding the device like a regular handheld means blocking the sound. Obviously, this is more of a flaw with the platform itself, and other players will not have an issue based on the hardware they’re rocking. However, as these issues are common enough, one would hope that alternative control schemes could be introduced to alleviate this issue.

While it does not affect this review, it should be noted that there is an upcoming PC port of this title. After spending about twenty minutes with an early build, this seems to be the preferable way to play. Mouse and keyboard options are available and the controller support is really well put together. This version will see a guaranteed download from me when it launches. As it will support cross save, current players won’t even need to start over.

As this is a free to play title, the most pertinent question is how intrusive the monetization happens to be. In this case, it’s not bad. It is possible to purchase bonus perks before starting a level, but one has to do some exploring with the menus to do so. The expected cosmetic items and ease of use functions are also present. However, these required active searching in the shop menu to find. At no point did the title make it feel like more fun could be had by plunking down some money. What might rankle some are the still image advertisements that pop up between levels. These are easy to close, and do not change the way the game plays. Single player gamers can also disable these by engaging airplane mode. 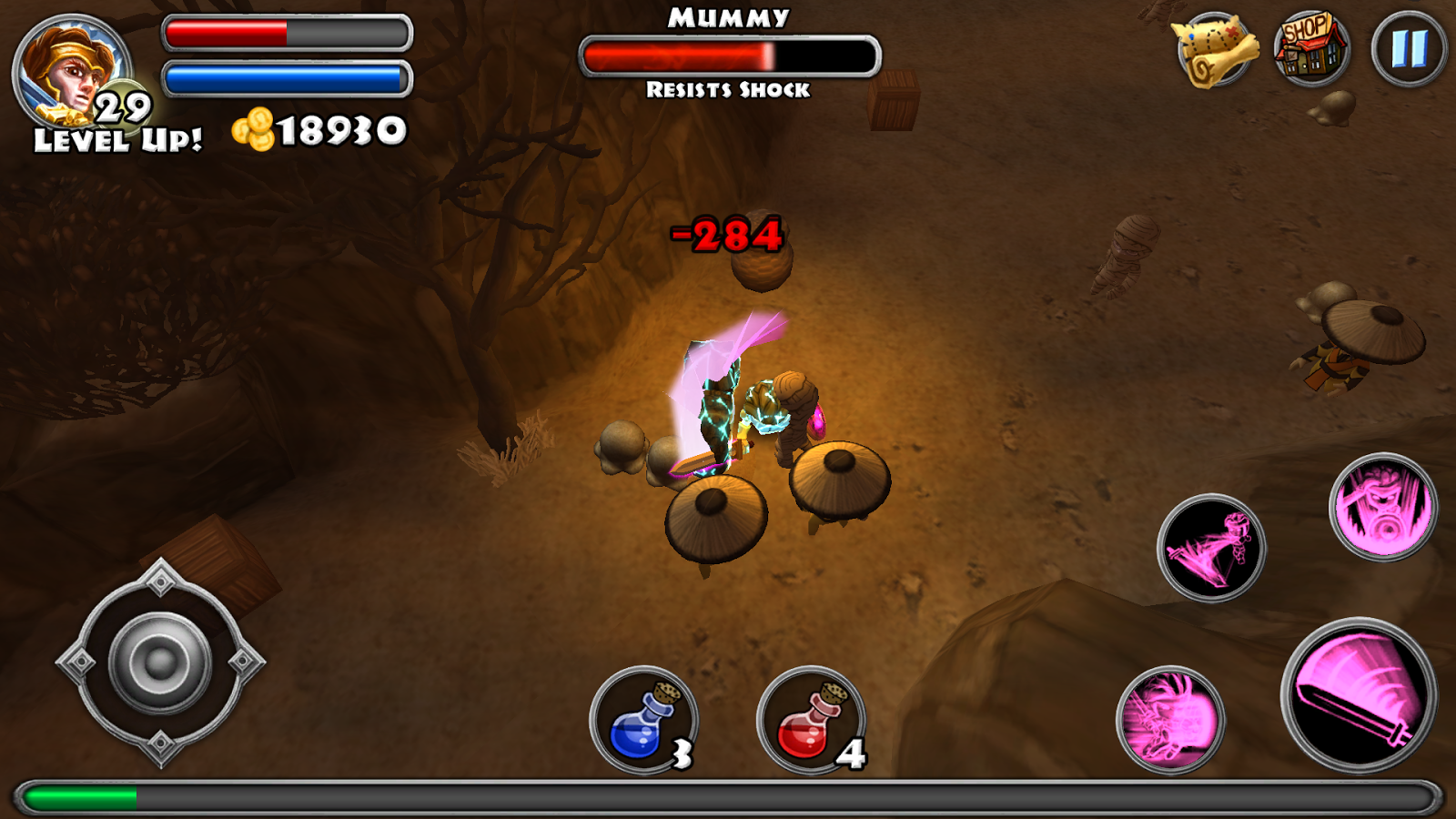 When agreeing to do this review, the offer was made for some shortcuts to allow me to see later parts and all that the game has to offer in less time. This is common for free to play titles, as most of these games are designed to be time sinks. I initially planned to take this offer, but later decided not to. The game was just too much fun as it was. Finding loot and earning gold was just too rewarding. Basically, I didn’t want to skip ahead. Anyone hoping to slake a bad case of loot lust on the go has the perfect outlet with Dungeon Quest!