Growing up in a single location, people can forget that other countries across the globe have their own diverse history to be told. Chinese history is one of the oldest we can account for, at least in terms of written material, and has arguably the most conflicts. This sets up a perfect formula for a game as the fourth spin-off title from the long running Dynasty Warriors series improves on a few aspects while maintaining what fans come to expect. Explore historical figures and events while rewriting history as you see fit.

If you’ve played a Dynasty Warriors game in the past, know that there isn’t a drastic change in the formula. The Square and Triangle buttons will be your best friends with the more than occasional Circle button coming into play. Even with a massive arsenal and hundreds of techniques at your disposal, once a single move set becomes familiar with, anything other than that will be foreign to the player. It’s not knocking the wide variety, but rather the functionality of a few of the weapons. Some are incredibly useful and flow perfectly with combat, while others feel out of place and seem more appropriately equipped to some of the whackier enemies. 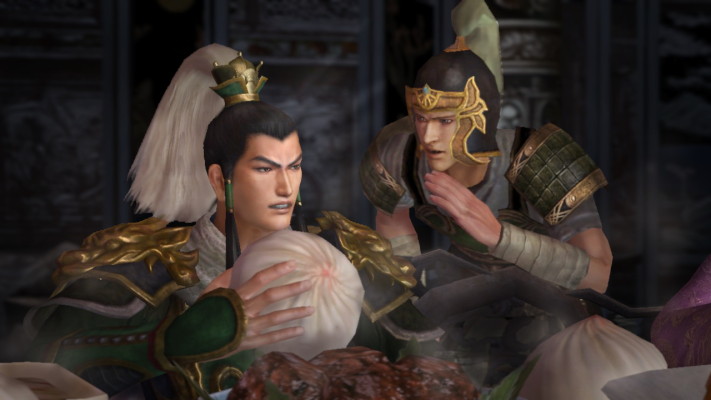 Similar to what we’ve come to expect from the spin-off series, Empires doesn’t tell a story, but rather establishes your own lineage in Chinese history. Right from the get-go it can be very discouraging if you haven’t played any of the previous game before. Selecting either a created character or one of the hundreds of historically influenced Chinese figures, the game puts you on a path to make a mark in history. Whether this is creating a Vagabond unit and eventually trying to become Emperor, or siding with another kingdom to help them reunify China, there are multiple ways to approach the campaign. This makes each playthrough unique as events will play out differently based what actions take place and the alternate alliances that are formed. This is packed to the brim with content and replay value, if you can withstand the rather repetitive nature of the gameplay.

As much as it is a hack ‘n’ slash title, Empires is also a strategic one. Every action performed, such as interacting with subordinates or equipping Stratagems, will cost one month of time, and time is a significant factor when coordinating China. Everything is in a state of flux, so if a kingdom expands too quickly, they may find themselves overwhelmed with micromanaging troops, or if they don’t act quick enough, they might be facing a single overpowered foe. Everything is based on strategy and in order to survive this harsh second to third century, alliances must be forged in order to relieve a common enemy of power. It’s essentially a game of Risk, except the player controls a character on the battlefield, helping tide things in his favor. 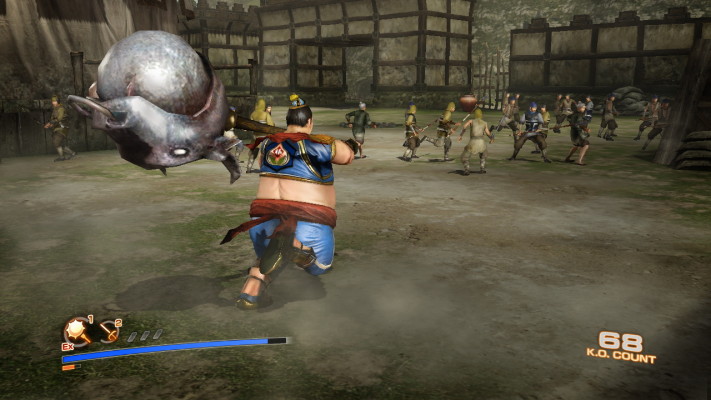 There are more overlaying structures that go into the game, though. Relationships play a significant role as they influence who you can recruit and who you can trust. Making friends, declaring siblings and getting married; Dynasty Warriors 7: Empires deals heavily with how you interact with others and mends it perfectly with combat as it ties into how warriors perform on the battlefield. It certainly helps that the game is broken up into multiple years so there’s a variety of newer generation of soldiers to fight and recruit. Unfortunately, this sometimes means characters are spread a bit too thin, causing many randomly generated faces to popup as significant contributors to kingdoms.

One of the biggest problems is that online play seems completely shoehorned into the experience. Don’t get me wrong: the online multiplayer is something the series benefits from, but if you want to join an ongoing fight, the ability is tucked away in the Extras tab. Inviting or looking for help isn’t exactly all that easy to spot either right away, as it’s a little icon on the bottom of the screen when selecting troops for a fight. Placement of accessing the multiplayer capabilities needs to significantly change or become more present as the online component is one of the best parts of the game. It’d be a dream to team up with four people across the globe and start your own kingdom, but right now it’s limited to a single instance of someone helping another player out with a level and then being kicked out when they win or lose. 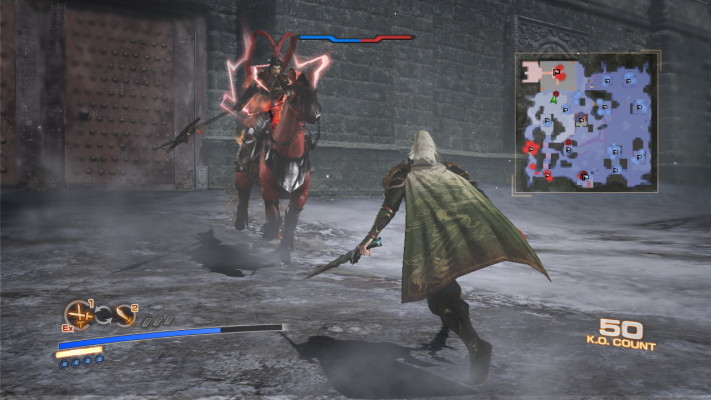 Dynasty Warriors 7: Empires is something you have to have a lot of heart and dedication to play. If you’re someone who enjoys encyclopedias of Chinese history, you’ll more than likely find what’s being offered to be entertaining. Sure, the visuals are lackluster and the combat can be repetitive, but having empire building tactics and expanding on the multiple ways to play the game won’t leave hardcore fans disappointed. It has its share of issues, but DW7: Empires turns out to be an incredibly addictive experience.