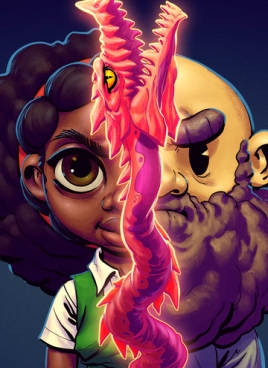 EarthNight has been in the works for years, and with a hand-painted art style, it has stood out since the second it was announced. With a world full of detail, you wind up getting sucked into what’s going on from the moment the adventure begins. Everything about EarthNight is set to be fast-paced and get your blood pumping — but does it all gel together? Endless runners have been done to death for the last decade, but can a unique concept and visual style carry a game to heights greater than the norm for its genre?

Most endless runners focus on pure platforming, while others will go with a blend of shooting and jumping to mixed results. EarthNight begins with your chosen character soaring to the back of a dragon to jump on a slew of enemies. Obstacles litter your path and in order to ensure you have a good chance in the main levels, you need to avoid making contact with anything on your way down. Landing sees you lunge forward and dart around the stage in a unique manner. While you are running and jumping on enemies, you have to do it in perfect rhythm or your timing will be messed up.

A perfect landing generally begets another one, while being a bit early or late will result in you being slightly off. You will eventually get the hang of things, but the early going can be a bit rough. Fortunately, your reward for figuring out the timing of your jumps and overall momentum of everything is well worth it. Once you get into a groove, EarthNight feels every bit as a rewarding as a modern-day Rayman or Donkey Kong Country Returns game when it comes to momentum playing a large part in what makes the game fun to keep coming back to. 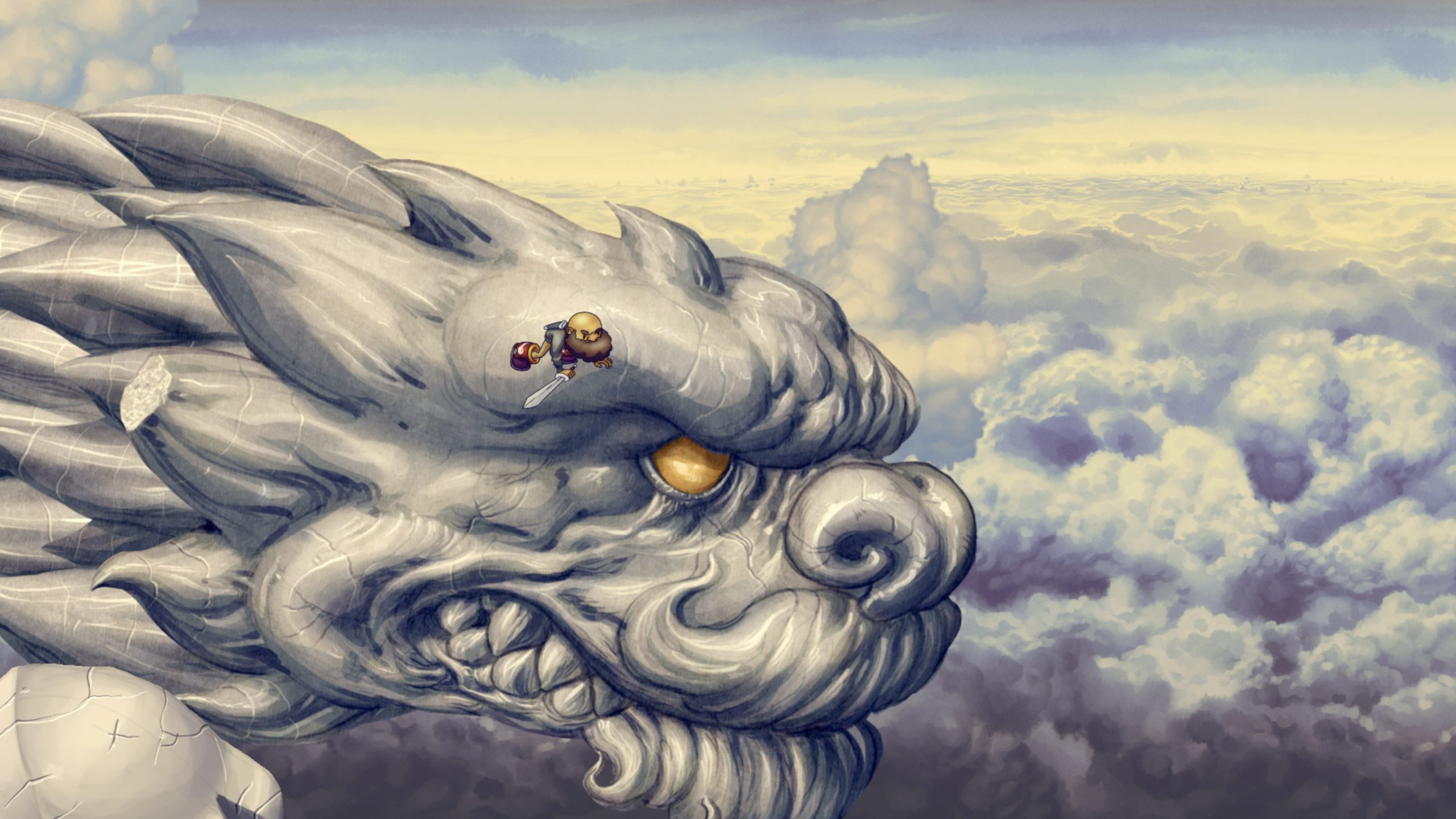 You struggle and then are rewarded with being able to get into the zone and eventually, doing so without having to think about it. Once you start a stage on the right foot, it’s easier to keep it going. Conversely, messing up early can be discouraging — but not crippling to your enjoyment. A mistake results in damage, but it isn’t a one-hit death runner. You can fail a few times and still be all right. The big key is to pay attention to your surroundings because the hand-painted style makes it easy to have everything blend together. Once you do that, you will be able to overcome that obstacle.

Success is tough, as enemies do come at you from all angles, but the game scales its difficulty nicely. It’s an endless runner where you can do a basic jump or long jump and much like learning the timing of a double jump in most platformers, you will figure out the best time to do each kind of jump given the circumstances you’re in. If you’re surrounded by enemies, then a basic jump generally allows you to hop above them at the risk of not fully knowing what’s above you. A sea of enemies in rapid succession are your main cues to go with a regular jump and then quickly press down to stab them quickly. You need to choose between battling and avoiding combat, however, because you can’t jump over or take out every enemy.

Sometimes, discretion is the better part of valor since every level leads to an end boss battle where you need to make sure you have some life left over to tackle the large dragon head. It’s a risk/reward scenario because your natural instinct as a gamer is to take out every enemy you face. However, doing so increases the chances of dying before getting there and that requires a stage restart. Playing it safe may result in getting to the end — but in a less exciting manner. If you’re playing to make progress in the early going, then it’s better to go with a safe route, while playing to purely have fun means that you may not care about how much progress you make and want to instead maximize the fun even if it’s spread out over a smaller timeframe. 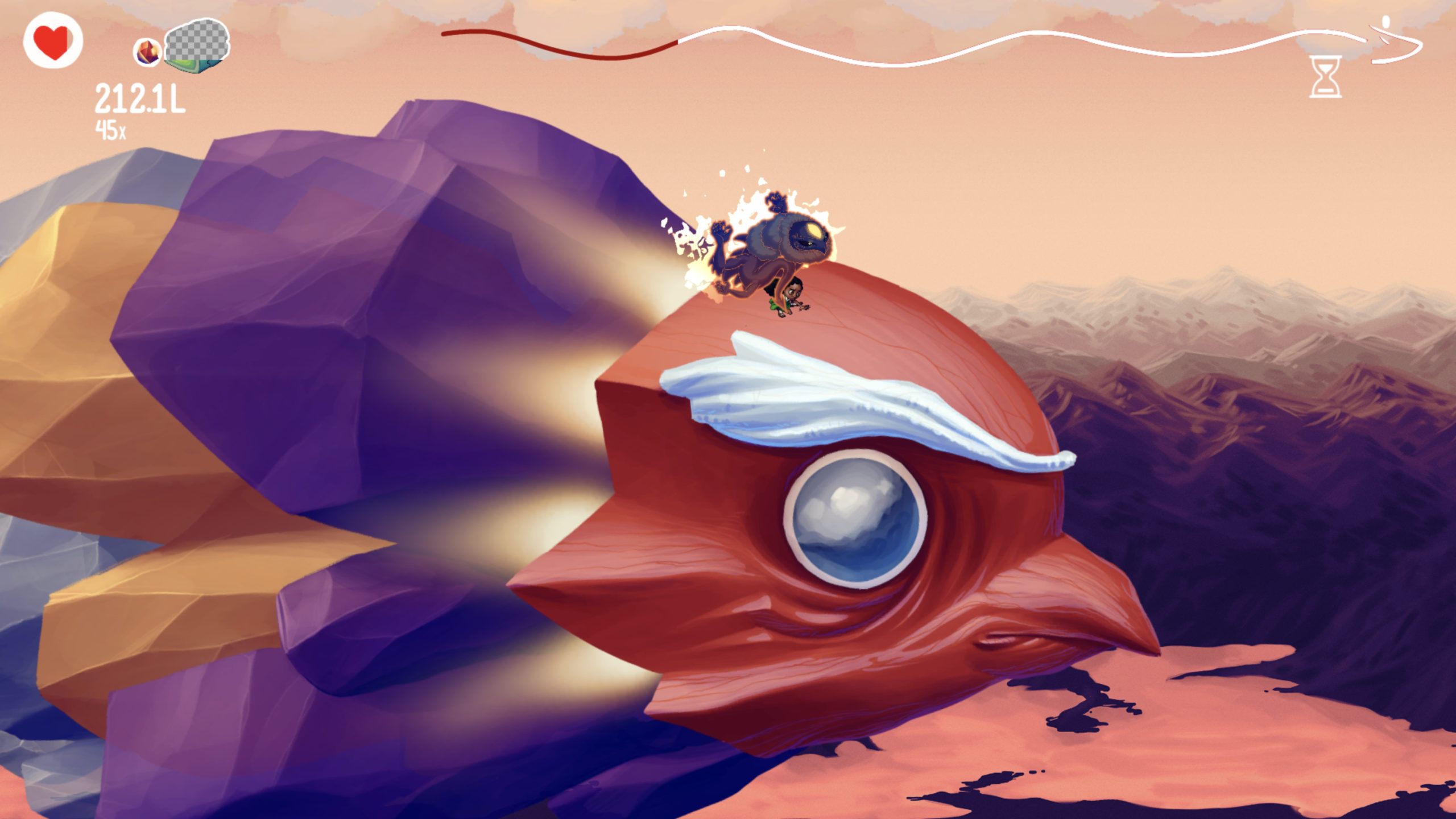 Visually, EarthNight looks good for what it’s going for. The painted art style is stunning and looks impressive in screenshots and even better in motion. Each character has slightly different body language when they’re either running or flying through the sky in skydiving portions, but their timing is the same. It’s an impressive feat given that a single mistimed jump can mean the end of a run and be able to mentally figure out exact timing is a huge help. The animation is lush for clothing, but remains simplistic for timing purposes when it comes to character movement.

EarthNight has some of the best usages of chiptunes in a game since Scott Pilgrim vs. The World almost a decade ago. Just like that game, it uses an older style of gaming music with more modern instrumentation to create non-stop excitement. Every second of the game is spent with you racing to the finish with music blaring and the pitch slightly changing depending on what happens. Grabbing more loot increases the pitch while hitting enemies results in a sudden, jarring stop to the music — adding a bit of gravity to what happened. Playing with a nice set of headphones drives home just how intricate the sound design is and it’s some of the best we’ve heard for a smaller-scale game like this. 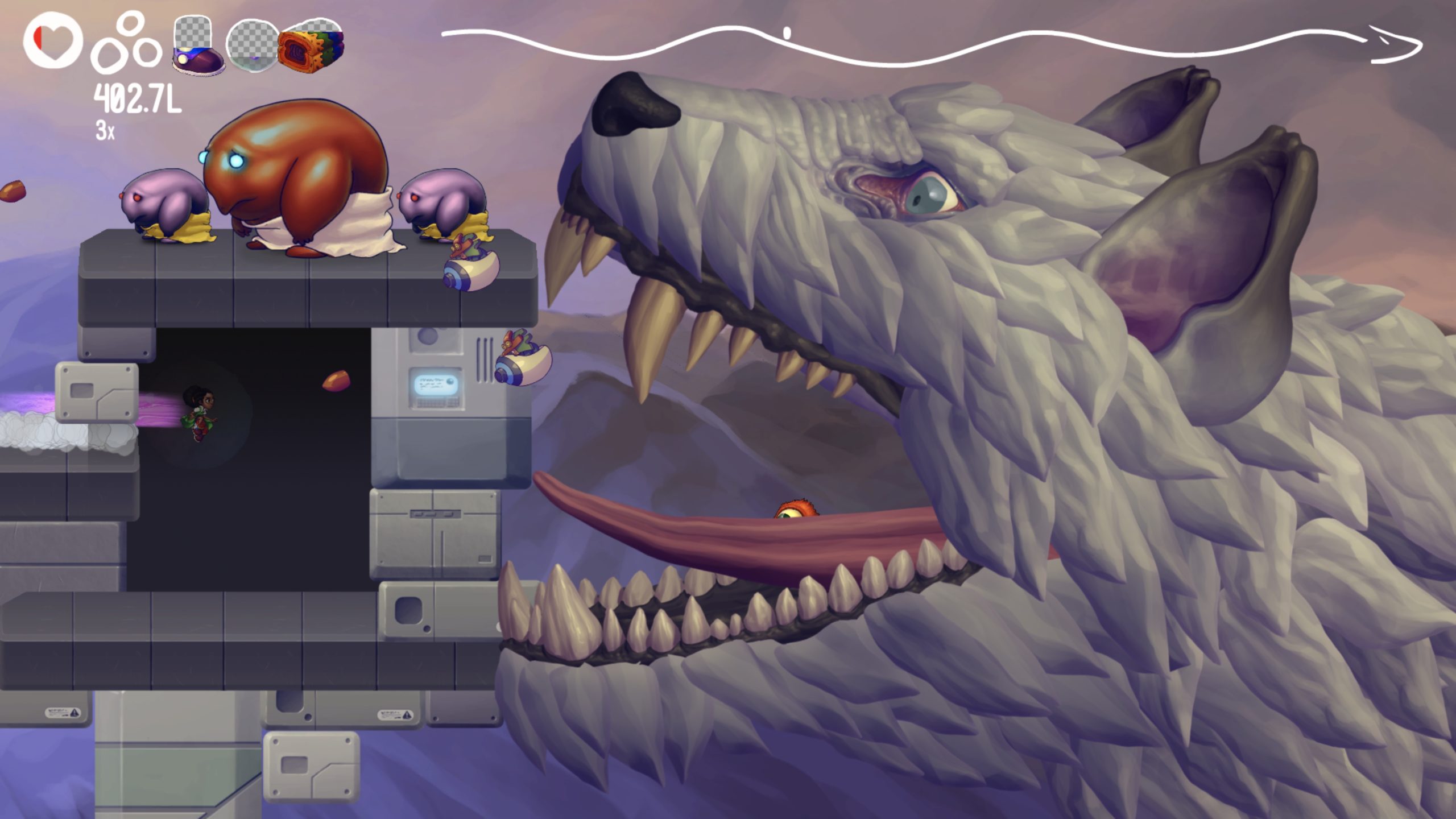 EarthNight has limited scope, but does what it does very well. Its fast-paced platforming meshes in nicely with a soundtrack that doesn’t stop delivering satisfying music. It has some of the best gameplay/soundtrack integration out there and is a must for anyone who loves endless runners. It’s challenging and unlike a lot of runners, tests your platforming skills early and often with a blend of perilous jumps and tricky enemy placement. It looks gorgeous with a painted art style that works well still and in motion. Anyone who enjoys a challenging runner will want to give EarthNight a try ASAP.