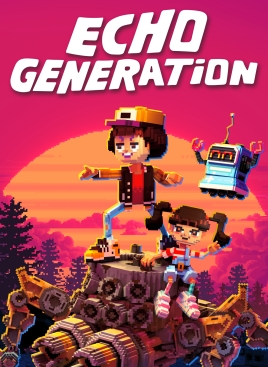 It feels like Stranger Things was a game changer, doesn’t it? Sure, it feels like we were all rediscovering classic ’80s kids adventures such as The Goonies during the 2010s, but Stranger Things’ dark, supernatural take on similar formulas feels was irresistible, and produced many similar tales in popular media. It’s easy to see some of its DNA in Echo Generation, the new RPG from developers Cococucumber, which sees you fending off what feels like a sudden monster invasion in the sleepy suburb of Maple Town in the Summer of 1993. Another twisted little nostalgia trip that hearkens back to childhood days, is it an impressive game as well?

As you first set foot into Maple Town, accompanied by your sister Lily and you pet (starting out with family cat Meowsy, and then letting you switch between five different pets as you find and unlock them), the first thing that should immediately leap out are the breathtaking visuals. Echo Generation sees Cococucumber once again showing off their skills when it comes to voxel/3D pixel art styles, and the result here is astonishingly-detailed landscapes and characters, be it moonlit cemeteries filled with cat ghosts or sunset-kissed junkyards with killer robots. It practically becomes scenery porn, helped by a terrific synth soundtrack nicely setting the mood along the way.

But where Echo Generation flexes its graphical muscles is when it comes to the boss battles. Practically all of them are humongous, colorful monstrosities with a ton of variety that can be rather imposing and creepy in a nice contrast to the sunnier settings, and one glimpse at any of them will have you wondering just how much work went into all of them. Whatever it was, it was all worth it, though. And not just when it comes to the visuals, but also the fact that they put up quite the challenge as well, making for intense fights. That actually applies to any of the regular enemies as well, especially when you have to face any in groups. But still, the bosses easily highlight some of the game’s biggest strengths. 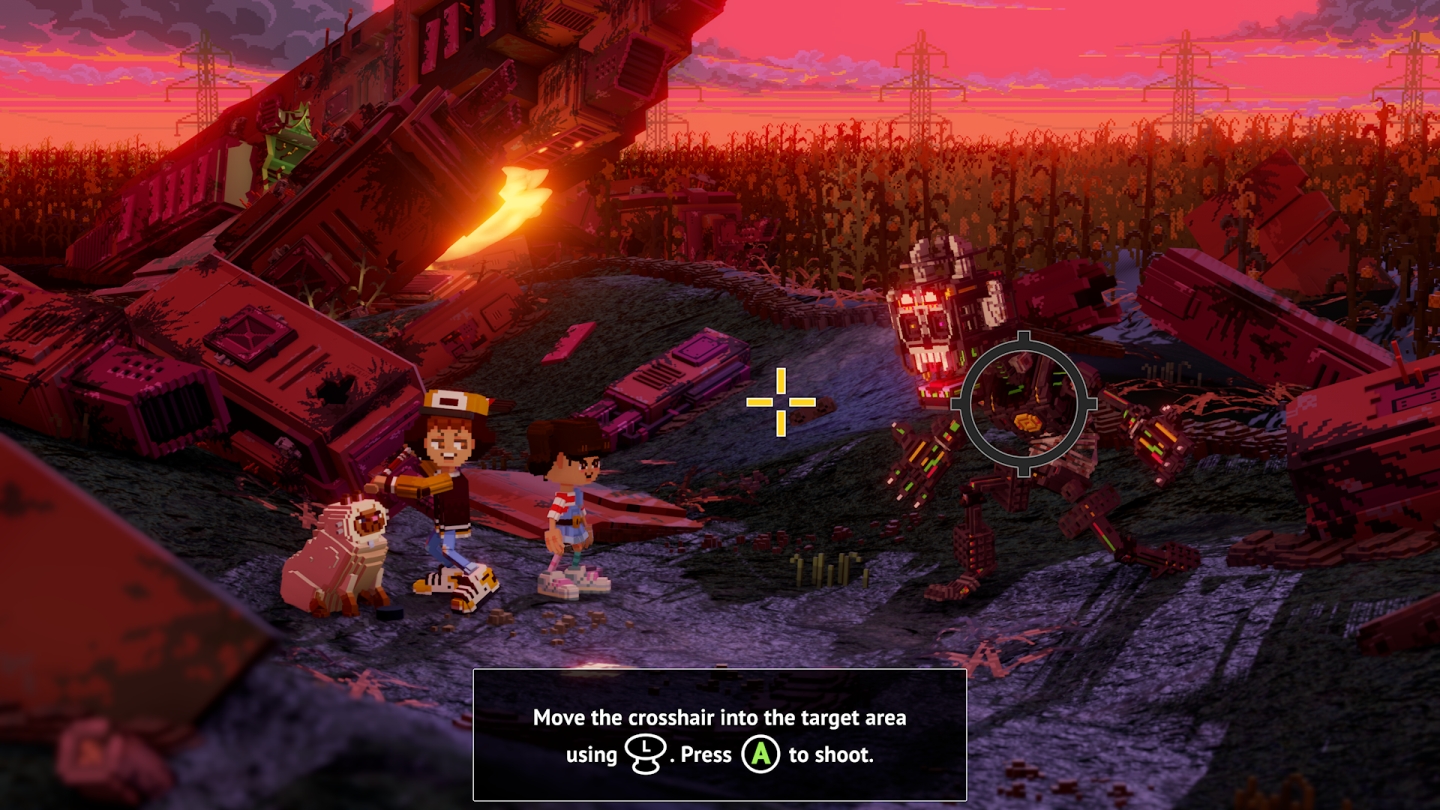 The combat itself is cut from the same mold as the Paper Mario games, that of having turn-based battles with an emphasis on proper timing, button prompts and little mini-games in order to successfully pull off attacks. They’re all nice, simple and fun, easily getting the job done. Unlocking more attacks also requires finding hidden comic books strewn across the land, typically at the start of various quests, which encourage you to search even further and explore every area that you can. Defense, in contrast, requires just one timed button prompt…except against certain bosses where you actually have to manually move left and right in order to dodge attacks, typically some that could deal a lot of damage. More of these gameplay bits would have been preferred when it comes to defense, but it’s still fine as is.

The combat does have a few hiccups in it when it comes to stats, though. The pet system, for one, is a cool idea, letting you switch between five different pet companions with their own skills and play styles, opening the door for more strategy. Unfortunately, every pet you recruit starts at Level 1, regardless of when in the game you unlock them, and as Echo Generation is shockingly low on areas with enemies that allow you to grind for experience, you’re likely better off just sticking with the first pet you get (likely Meowsy) since they’ll already be several levels ahead of everyone else. Also, status effect such as bleeding may provide a boon early on against weaker enemies, but when it still only deals one damage per turn and you’re up against enemies whose HP gets into triple digits, it becomes a tad pointless. None of these are true deal breakers, though, but they share a similar flaw in that they fail to account for your progress. But on the note of progress, let’s discuss the game’s big flaw: the story. 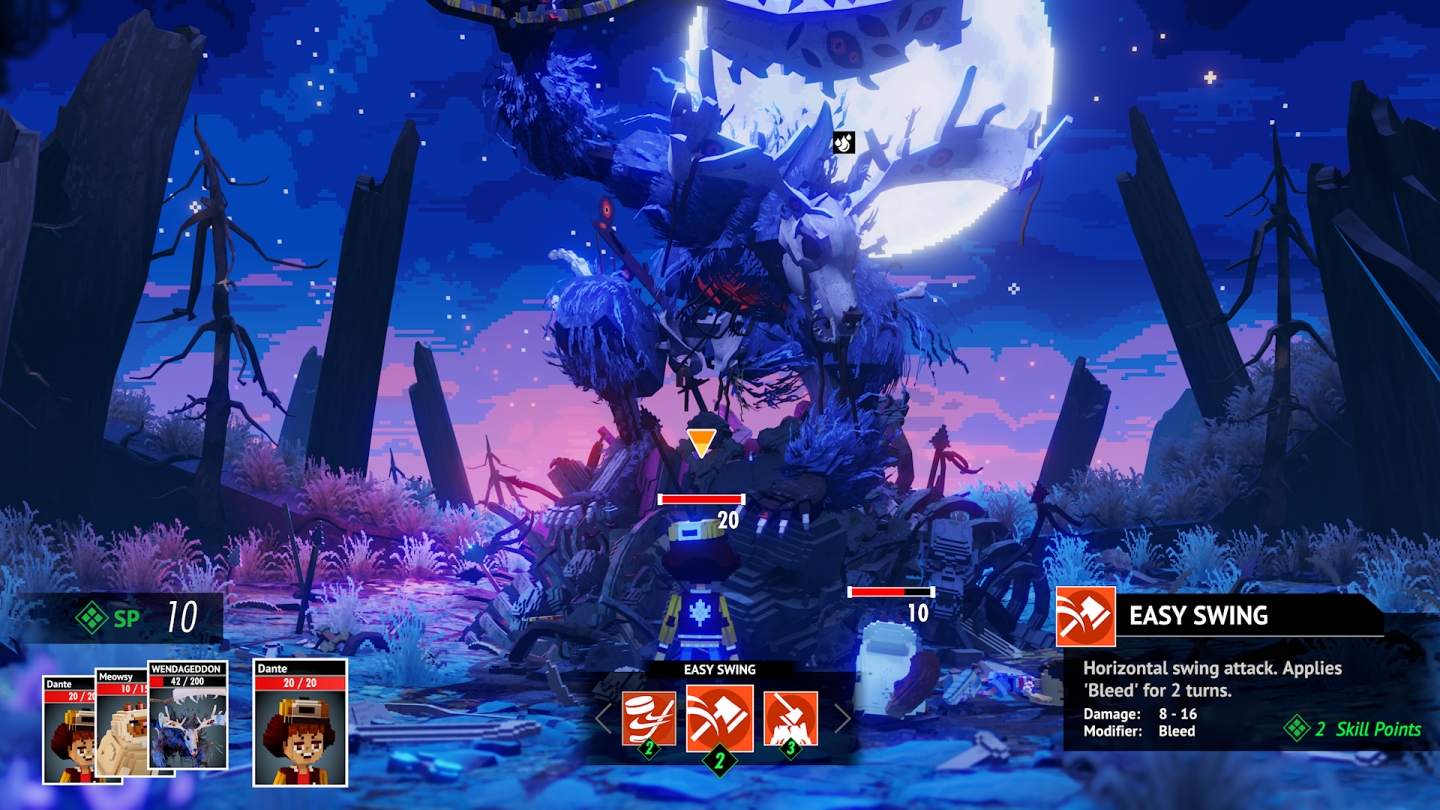 You may have noticed by this point that we haven’t exactly discussed the plot of Echo Generation yet. Well, we’ll be happy to discuss it with all of you once we figure out what the plot actually is. Ostensibly, it’s about you, Lily and your pet investigationing a mysterious crash that happened near town. Except then it’s about you and your friends trying to film a movie. No, wait, now the principal may be a serial killer. Whoops, now a spooky prom ghost appeared while investigating the principal. Okay, now let’s try to help that guy contact aliens in the woods, if we don’t get distracted by helping the knight ghost take out the Wendageddon along the way and…that’s only a portion of what’s here.

It’s all just so aimless, nothing but a collection of seemingly random events. And you know, if you just wanted your game to be a big open world filled with an emphasis on several individual stories over one main story, that’s fine. But there’s no way to actually track quests, no way to view objectives, no way to guess what your reward for each one is, no way to tell if you’re making any progress. There isn’t even a map of any kind to use, let alone fast travel, which makes things even more grating once the world gets bigger and bigger. And while a lot of the stories you come across have good ideas behind them, too many feel too shallow to be enjoyable (and it’s not like the characters involved have much depth in general), as if a lot are  just excuses to burst out whatever humongous and detailed boss designs the developers could think of. Though admittedly, it’s a hard to blame them in that department… 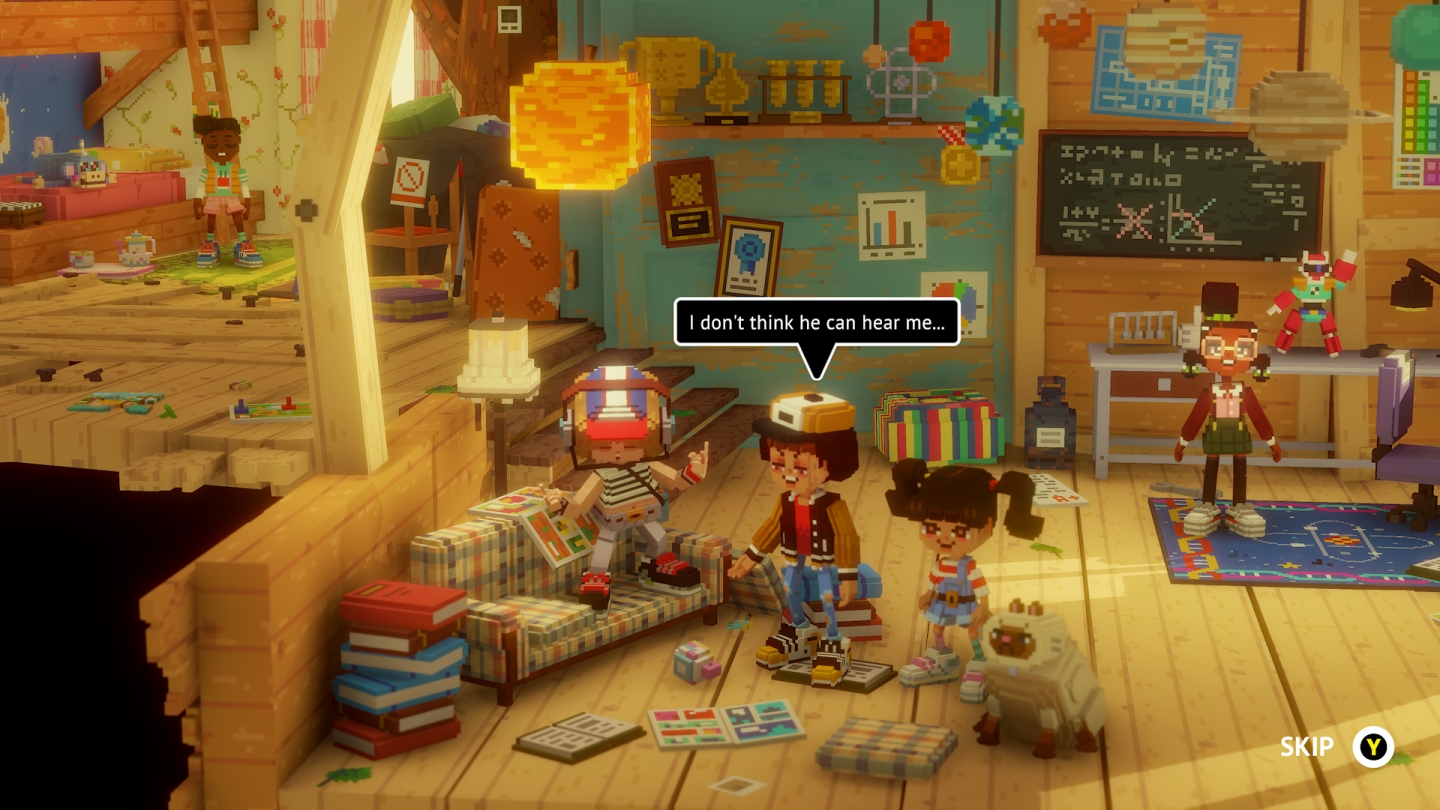 Echo Generation is visually striking, with a lot of intriguing concepts and solid combat and gameplay at its core. Unfortunately, a lack of focus with the narrative holds it back from being a truly impressive RPG. The boss battles alone might be worth the price of admission, and there’s still other bits to enjoy, but those looking for more meat would best be off searching for another tale of adventurous kids from decades past.