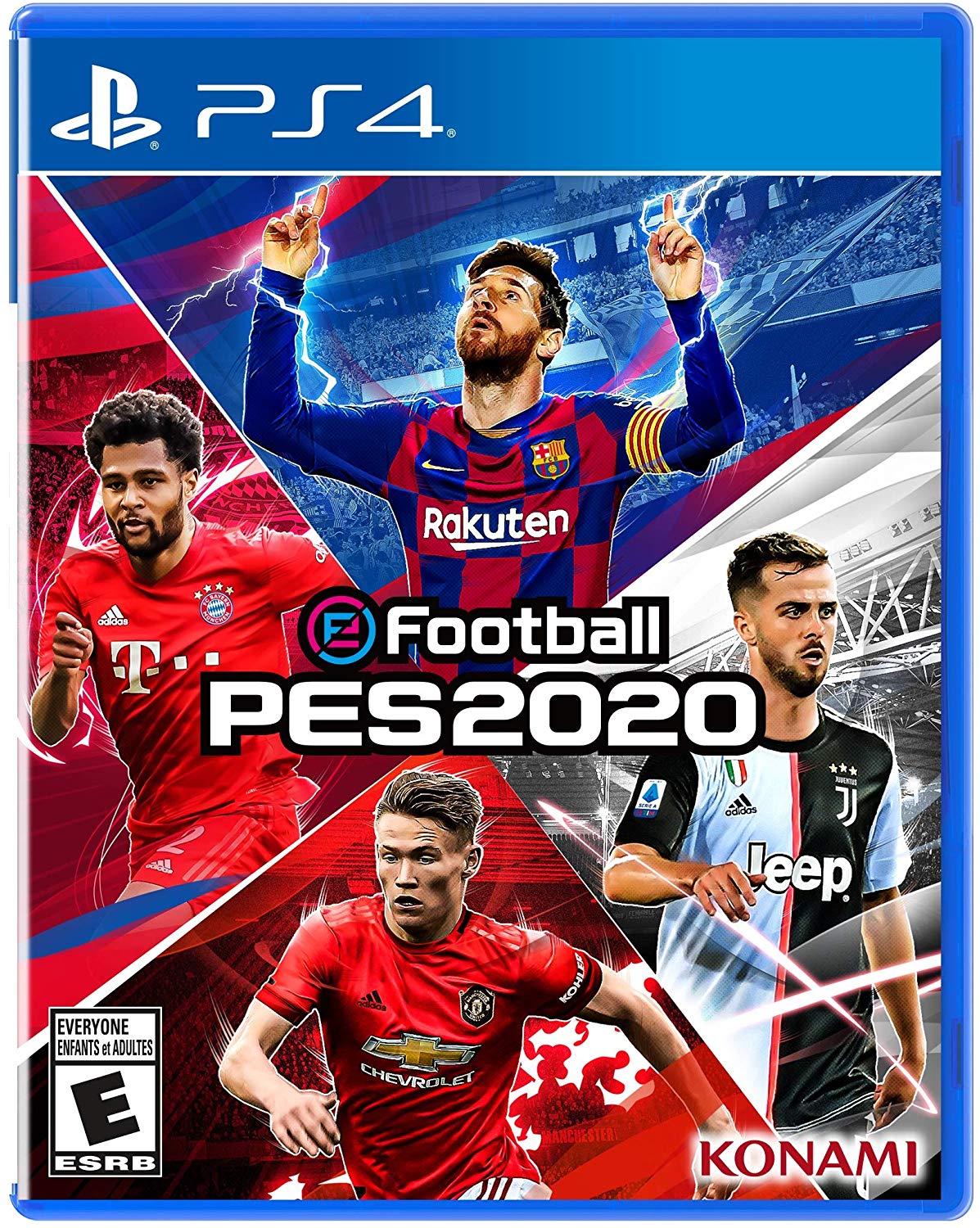 There’s really only one sport left that features competition between two successful franchises and that’s soccer. Konami’s Pro Evolution Soccer and EA’s FIFA. The former series received a face lift this year with adding eFootball and a theme to the marketing. That isn’t the only thing that has come on board. Konami is serious in bringing the best soccer or football experience and broke the bank getting new licensed teams and players. The most important licenses they snagged were Messi and Ronaldo along with their respective teams. There are much more for soccer fans around the world. With all these new additions, is there enough here for eFootball PES 2020 to take the crown from its competition?

PES has always been geared towards the more hardcore soccer fan but the tide has changed some this year. What backs this up the most is the list of licensed leagues the teams have. It almost leaves FIFA with nothing outside of the Premier League and MLS. While PES still lacks the official Premier League sponsorship, the look of the menus and score graphics resemble the purple theme. Konami has brought over Barcelona FC, Juventus, Manchester United, Bayern Munich and Arsenal to bolster the roster. The game features eighteen leagues from all over the world to cater to specific regions. There’s a deep roster of teams here.

While the look of the menus and overlays have changed, eFootball PES 2020 still is hurting in the ease of use department. Konami has added these prominent teams and players and they should be featured when selecting teams. This goes back towards the hardcore soccer audience as team selection is broken down by league and unless you know exactly what you’re looking for, you will be searching. Upon initial launch of the game, Konami has basically made it seem like you’re signing your life away by going through prompt after prompt of agreeing to terms. Even before every game, it downloads live updates. It’s tedious and annoying. Konami needs to focus more on the ease of use through the game to support casual players and make it more attractive. 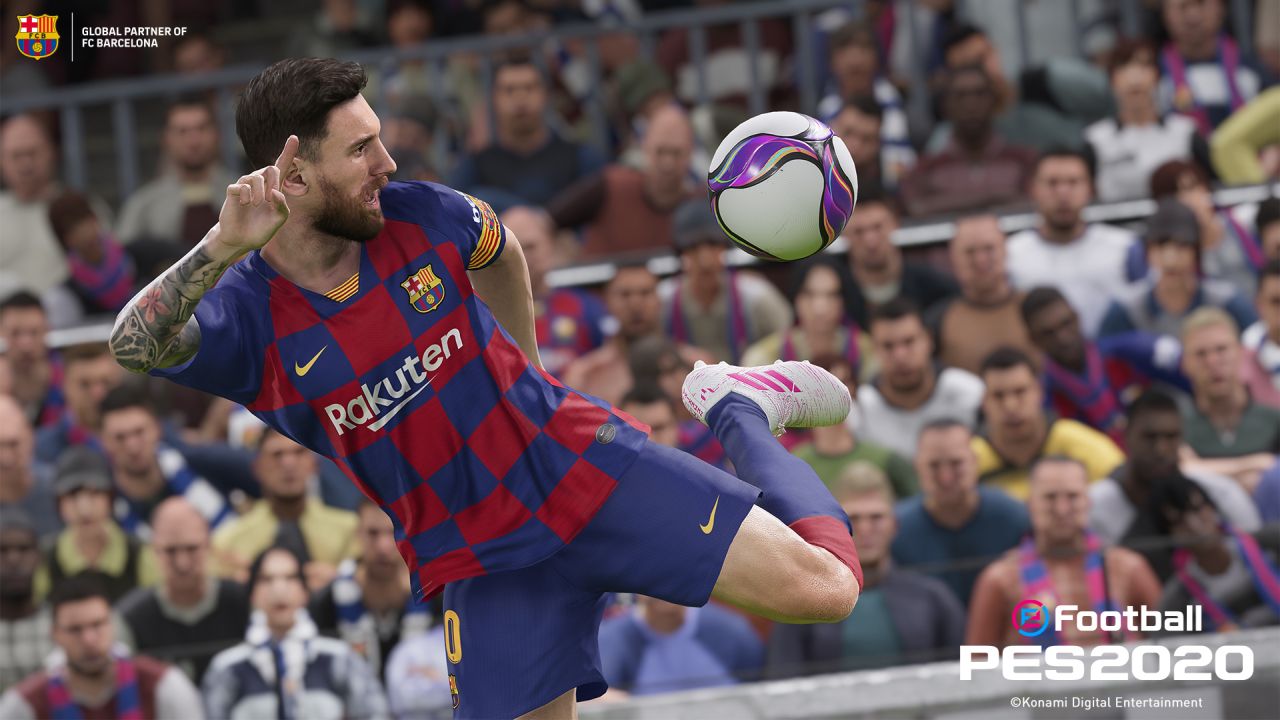 Konami continues to use the Fox Engine to showcase PES and it’s one of the best graphical engines going. Players’ faces are 3D scanned as details even include tattoos. PES continues to be the most realistic sports game out there as the faces will have you questioning reality. Even the pre-match has a shot of the local city and you would think you’re looking at live video. Stadiums are gorgeous and full of detailed life while the field features lush grass. The lighting continues to tie everything together to bring the most lifelike visuals in sports games to life. eFootball PES 2020 continues the legacy of being a technical masterpiece.

While the looks and realism of the models are one thing, the action on the field is another. Animations continue to be buttery smooth and the biggest change to the game this year includes finesse dribbling, Konami worked with Andres Iniesta to develop the techniques and super advanced techniques that are tied to the right stick. With one-on-one matchups, players have the ability to continue dismantle defenders. Finesse dribbling is a game changer and the satisfaction that comes from successfully pulling off a move will have you laughing. This feature will be worth watching advanced users in videos torch defenders. There is a lot that can be pulled off here and it’s ridiculously satisfying with a learning curve. 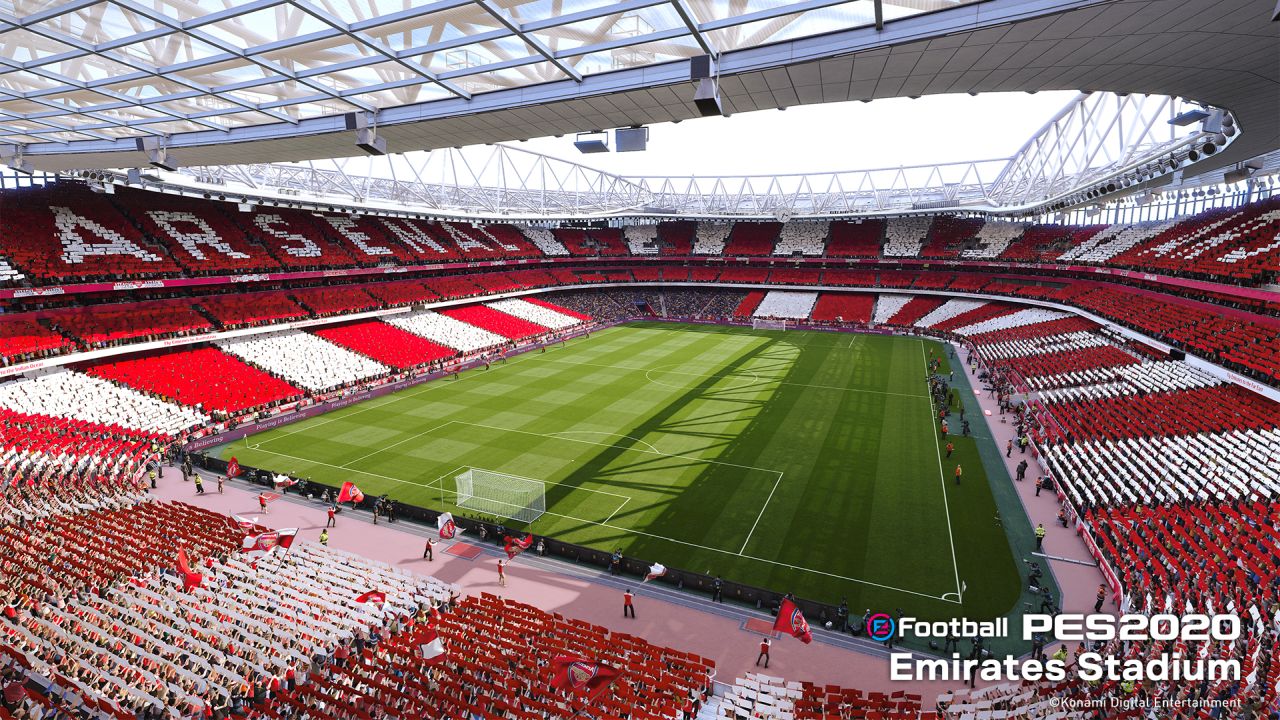 Ball physics have been tuned and there’s little to complain about with gameplay as it still properly replicates the sport. It seems that online that players will chain up commands and it’s heavily dependent on the animations. Playing defense is responsive when you’re on the player, but the one gripe with the AI is its responsiveness on defense. Momentum will have defenders going one direction while the offensive player sprints away to track down a pass. The defense also seems like it can reach to intercept a ball and it just doesn’t. This can create a lot of offensive opportunities and mismatches.

Gameplay modes include the typical offline and online matches with a focus being on eSports with the addition of the eFootball nameplate. The Master League is PES’ take on a franchise mode where you take over as a manager and control a franchise. It’s a different feel than a traditional franchise mode in sports games as Konami has focused on implementing a more realistic transfer system this year. New managers have been added and they look just as realistic as the players do. A dialogue system will help decide the personality of your manager while you progress through seasons by training players to do new techniques and gain attributes all while dealing with ownership and the media. The Master League continues to be a fantastic and utterly deep mode for true soccer fans to experience. 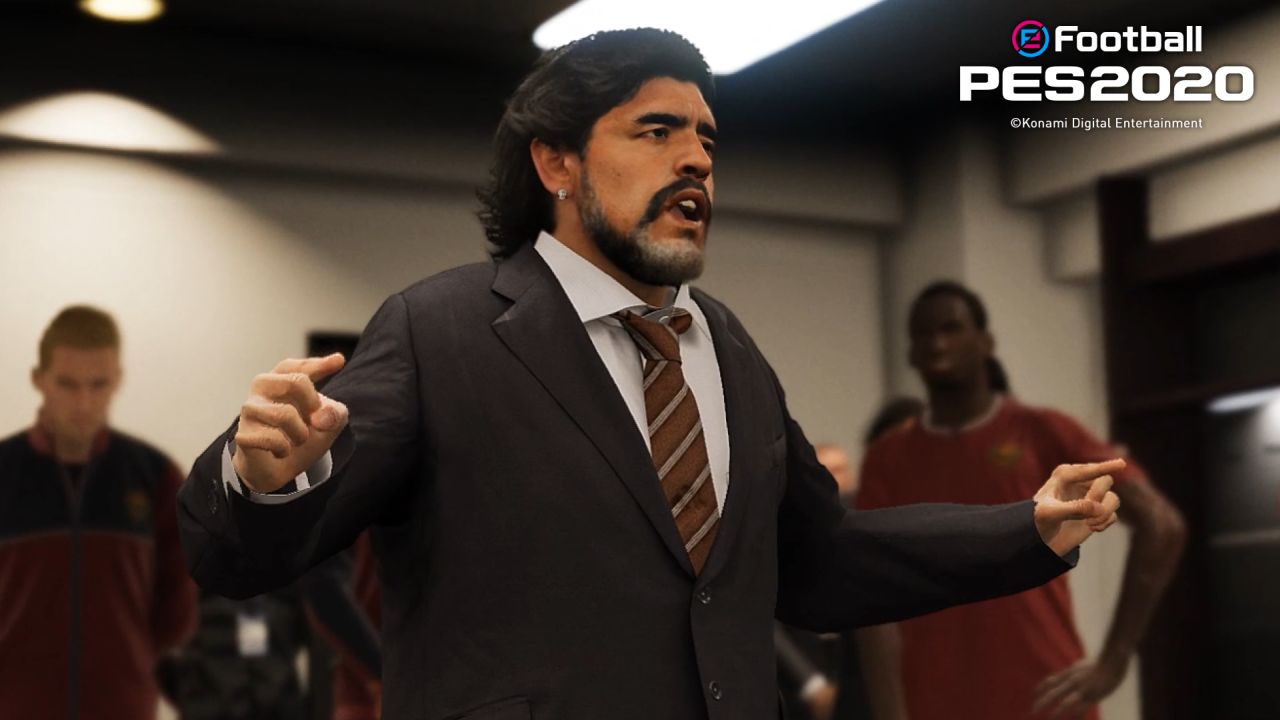 The newest game mode is known as Matchday and this basically just brings a joint effort between two sides. At the beginning of each event, you will choose a side and the games you play and goals you score all goes towards a joint effort for your side. If you do well then you’ll be selected to participate in the Grand Final and these participants will be granted rewards. This provides some grind and reason to keep playing the game, but it’s not really a new or innovative mode.

The pageantry of soccer is there during the pre-game as the crowd truly comes to life. They are loud throughout the match, but the more you play, you kind of wish the crowd was a bit more dynamic. There aren’t really crowd chants, but the crowd is responsive. The announcers add to the atmosphere while properly calling a match and adding dynamic commentary especially during the Master League. Some of the content still comes off as vague, but if you score with Messi, the commentators completely lose their minds. eFootball PES 2020 offers a good atmosphere, but it still lacks behind its competition in properly capturing that passion. 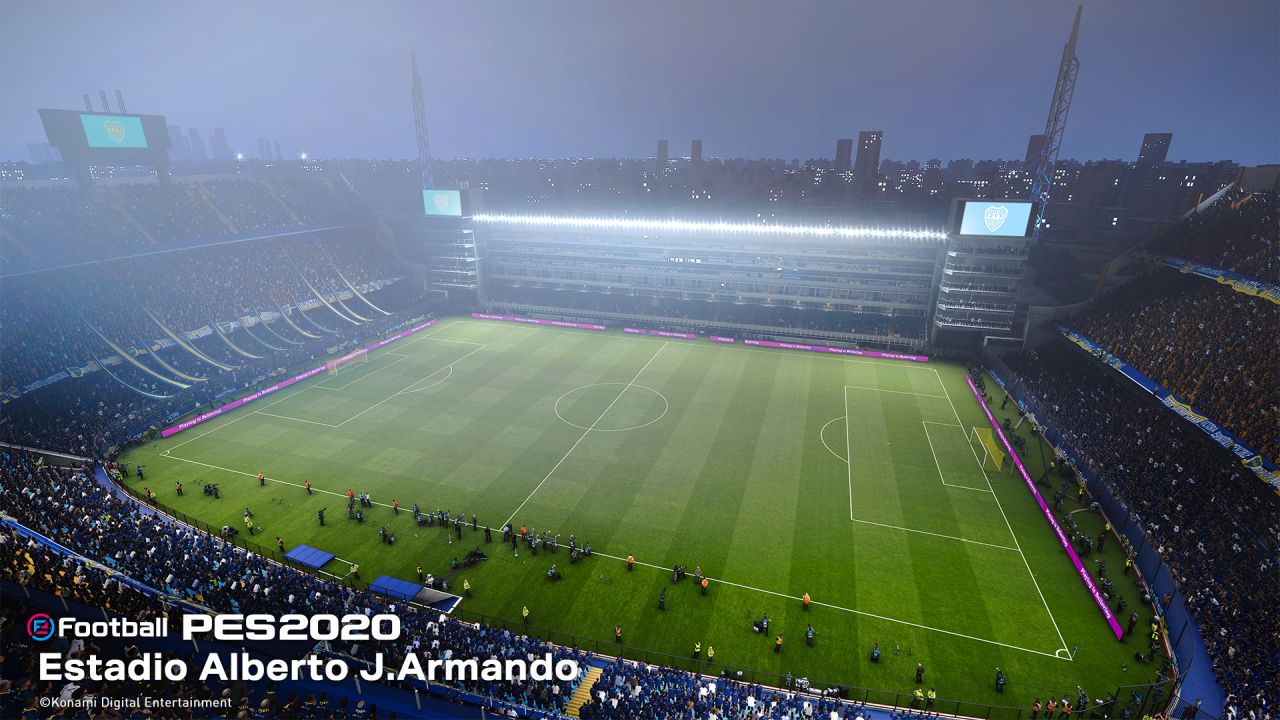 Konami has brought enough on paper to attract new fans to eFootball PES 2020. The players and teams stand out as it will give player the opportunity to play an amazing technological football game with players and teams they know about. The visuals are unmatched and the gameplay is beyond solid. Finesse dribbling is flat out addicting and has endless possibilities. The Master League is a great endeavor for a single player experience, but may be a bit much for players who aren’t hardcore fans. There’s no doubt that Konami still focuses on the hardcore fan as it still needs to work on providing a more fun and enticing experience as it has the technological and simulation side down. There’s no doubt that eFootball PES 2020 is the best version of the game this generation, but it’s still geared towards its own community.