In their ever-expanding catalogue of streaming and video capture technology, Elgato has come out with yet another means of control you may have not realized you needed. Doing something like driving a vehicle requires both your hands and feet to be put to work, but that has never been the case for sitting in front of a computer. With the Elgato Stream Deck Pedal, you’re given even more commands by using your feet to manage your PC. Of course pedals have been a thing for a while now, but not necessarily in the mainstream, and certainly not to the incredible extent of customization and functionality that Elgato offers. The German-based brand brings all their personalized software to this three-key pedal, allowing content creators, streamers and even everyday consumers to have a surprising amount of control at their feet. Even with all the bells and whistles, is this worth the price of admission or should we let our feet rest?

The Stream Deck Pedal is designed for convenience with a little of bit of style on the side. I enjoy that the three pedals are separated by size. There’s one large key in the middle and two skinnier keys on the sides which have higher elevations, ensuring that you’ll never mistake a press. The last part is particularly important as you can truly feel the distinctness of the buttons with your feet. Elgato even includes a couple of different types of springs, allowing users to customize their clicking experience to the point they can put stands in for the middle key to turn it into a foot rest. All it takes is removing the screws with a standard Philips Screwdriver and popping the springs out of the slot. It’s a simple process that anyone should be able to customize to their heart’s desire. Outside of that, the devices uses a USB-C to USB-A cable on the back of the device, with a blue LED indicator lighting up to notify you it’s functioning. It has six rubberized grips on the bottom for those with hardwood or granite flooring, and works great on carpet. 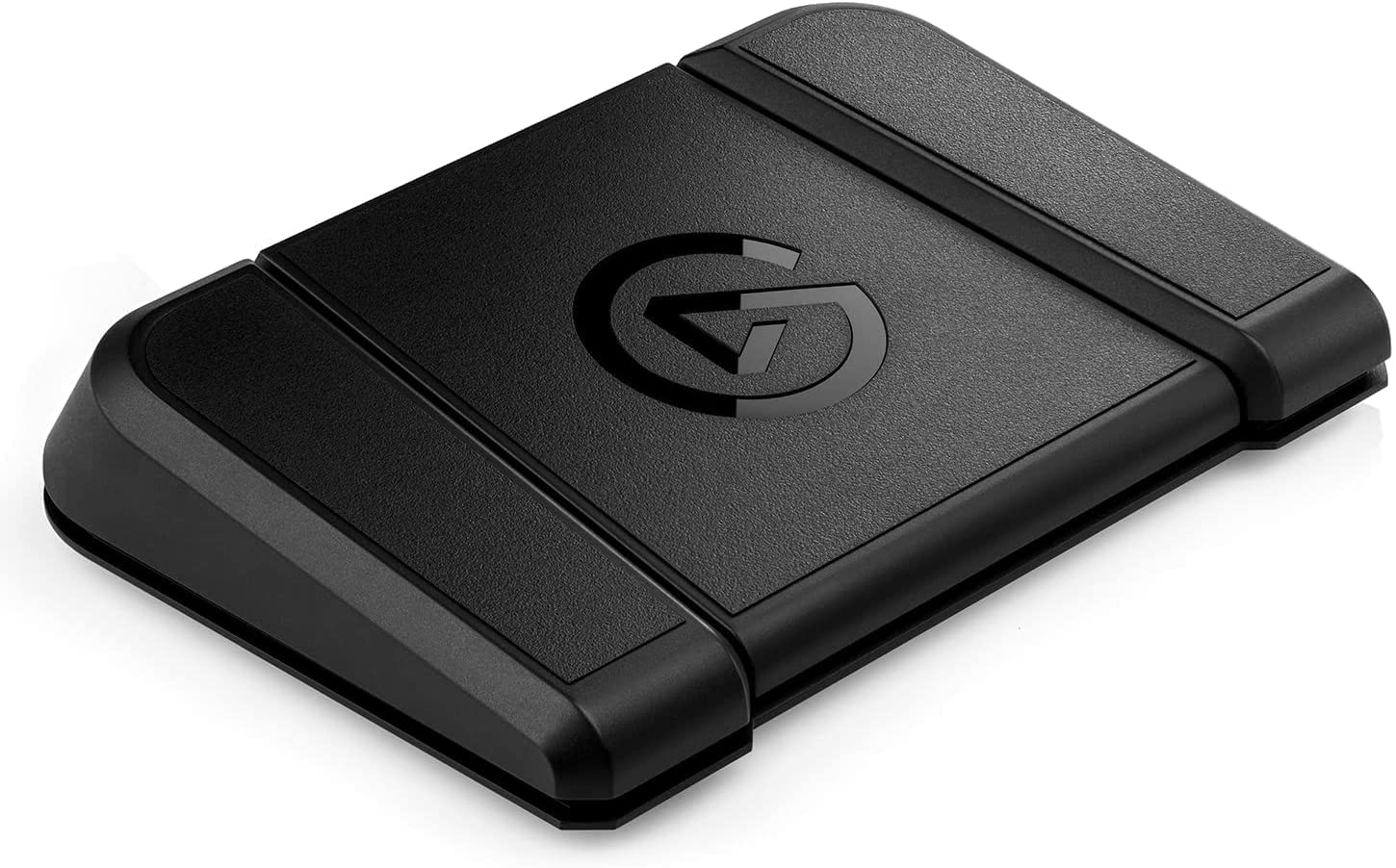 Functionally, the Stream Deck Pedal acts as you’d expect it to. All of the commands are fed through Elgato’s proprietary software that anyone with a Stream Deck should be familiar with. Because the Stream Deck plugin store has expanded so much over the years, you’ll be able to do almost anything you could imagine, from simple actions such as controlling multi-media to using the various Game Capture commands. The software in general is easy to control, with simple plugin installations, along with click and drag functions to assign specific actions to your keys. There are various profiles to be set up, each of which can be changed automatically based on which program is accessed at the time. You can also set keys to swap between the different profiles, although considering the limited number of strokes at your disposal, it’s probably best to set that up on keyboard hotkeys if you have access to that. Outside of that, there’s a dedicated icon overlay that can be enabled to show your current actions in real-time, which can be helpful in various scenarios, be it in Discord or recording footage.

Elgato has also been promoting the Stream Deck Pedal with their Discord integration app, which is one of the best plugins I’ve seen outside of streaming. As someone who plays most games with a controller, press-to-talk has always been an issue considering my hands are always full. Even on a headset microphone, let alone a studio grade one, people in voice chat would be subjected to the smashing of buttons or not hear me at all, at least in active games such as Final Fantasy XIV or Elden Ring where you can’t exactly pause the action. With the Stream Deck Pedal, this problem is completely neutralized. You’re not only able to do press-to-talk, but assign commands such as push-to-mute, mute, deafen, change voice channels and jump to text channels, most of which are useful. This is a gamechanger for controller players and alone would be a reason to recommend the Stream Deck Pedal. 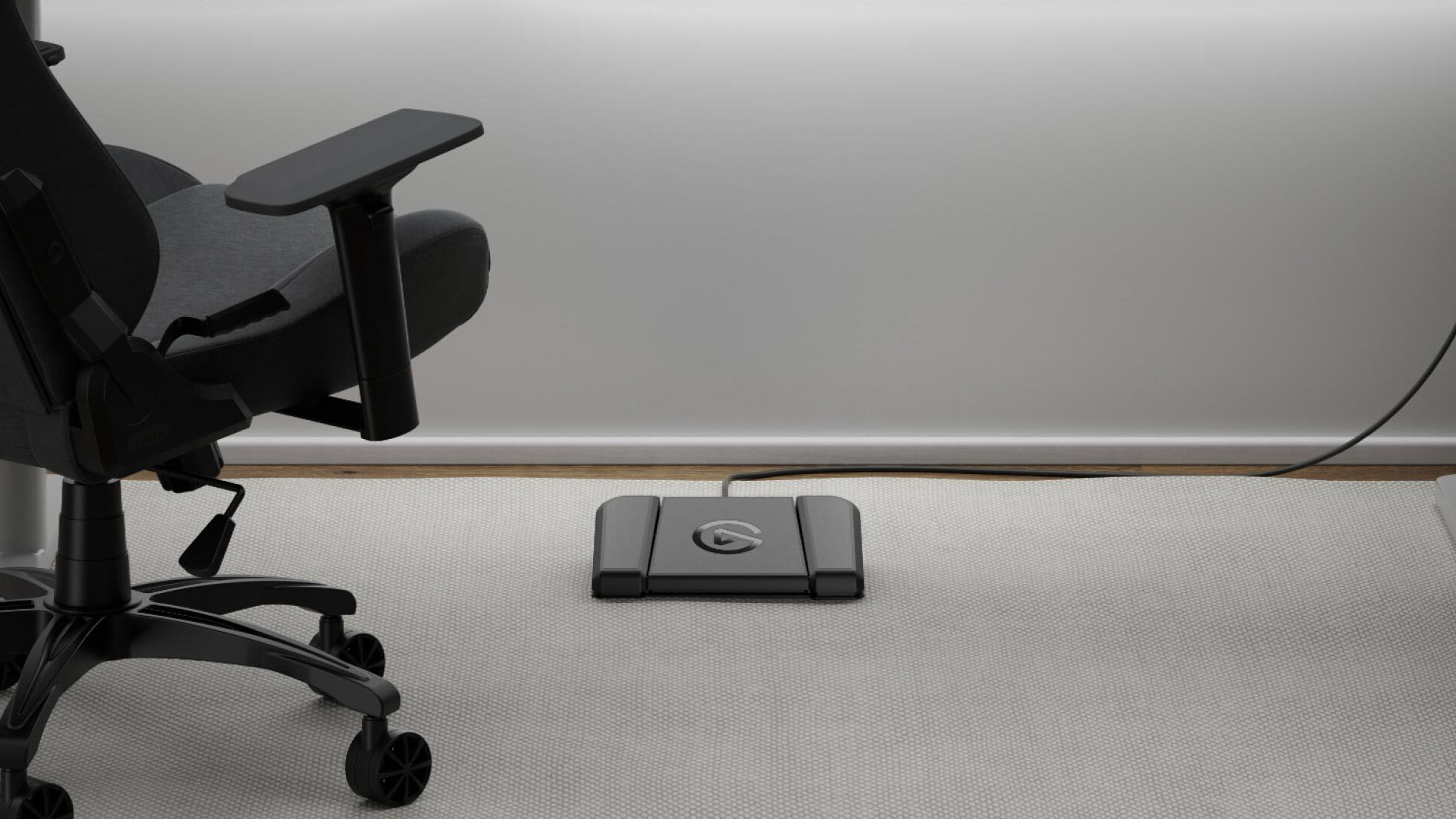 The Elgato Stream Deck Pedal may not be as crucial as the Stream Deck is for creators, but it’s a fantastic piece of hardware that gives even more control over content. It complements the Stream Deck perfectly, allowing for essentially three additional programmable large buttons at your toe tips. It doesn’t sound like a great value for three keys, but once you experience it yourself you won’t ever want to go back. Even if you’re not a streamer, this offers a solid amount of value for specific groups of consumers. For example, as a controller player, this is a godsend when it comes to Discord calls, having push-to-talk built directly in the software, ensuring I don’t have to take my hands off the gamepad to awkwardly hit a key. At the end of the day, with so much functionality thanks to the ever growing app store, the Elgato Stream Deck Pedal offers even more control than ever before and is a must for streamers.