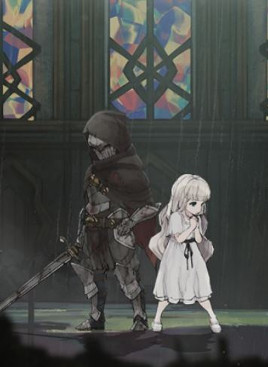 Ender Lilies: Quietus of the Knights

With its gothic aesthetic and challenging gameplay, calling Dark Souls a 3D homage to classic Castlevania isn’t that far fetched of a comparison. This may be partially responsible for why there are a few games in existence that had to have been concocted when the developers had a conversation along the lines of let’s make our own version of Dark Souls, but as a 2D metroidvania (Blasphemous and Salt & Sanctuary immediately come to mind). Ender Lilies: Quietus of the Knights would also be a game that could have been born from such a statement. Ender Lilies follows many of the familiar mainstays of the genre, but also doesn’t want to make it too easy for players to conquer the game.

Ender Lilies: Quietus of the Knights begins as a priestess named Lily wakes up in the cellar of a church. She has no memory of life before and it appears she’s the only survivor, at least with her humanity intact. The kingdom of Land’s End is in ruins as a cursed Rain of Death has transformed all people and animals into monsters who will henceforth be referred to as the blighted. Lily is defenseless and rightfully scared as she has no idea what sort of calamity has befallen her homeland. Luckily for her the Umbral Knight appears at the place of her awakening, an immortal guardian who will give his sword as Lily travels the twisted remnants of kingdom.

Lily is not a trained fighter. She’s completely defenseless and at the mercy of the blighted. The Umbral Knight is effectively her weapon, as his spectral form will appear to cut down the blighted whenever the player presses the attack button. Lily’s “weapons” come from other spirits she collects on her journey from purifying powerful blighted creatures, oftentimes the corrupted bodies of people that were important in Land’s End or former friends prior to the Rain of Death. 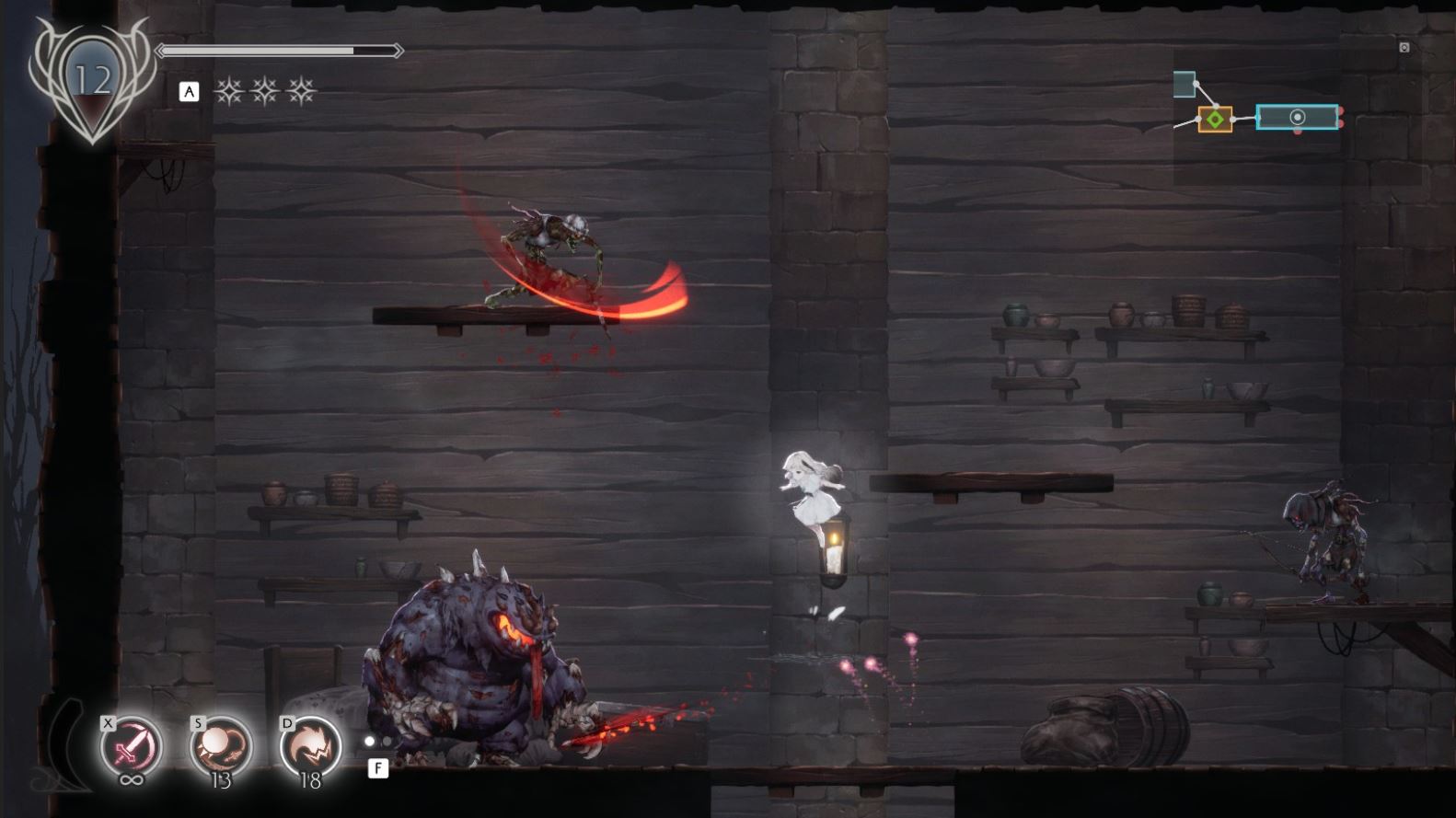 While thrust into a savior role, Ender Lilies: Quietus of the Knights doesn’t simply make a presumably pacifist priestess Rambo when she wakes up and sees the destruction that has befallen her world. Her weapons that she collects are literally the spirits of the purified of blight lending their aid to her. The Umbral Knight, when assigned to one of the three spirit slots, will appear to swing his sword at the press of the attack button. Other souls lend their power in less violent ways but provide a means of traversal, such as navigating underwater or do a horizontal lunge midair. It wouldn’t be a metroidvania if the player didn’t encounter out of reach areas or treasures and had to backtrack after getting a special ability. Other aid may come in the form of an avian familiar that spits fireballs or casting a cloud of poison gas. The spirits that aid Lily serve different functions much as different types of souls may serve as subweapons in some other metroidvanias.

The story is naturally integral to Ender Lilies but the storytelling approach is minimal, especially by RPG standards. There are a few cutscenes where the Umbral Knight or other spirits of Land’s End may fill Lily in on some of the events of the world, but these are few and far between. Most of the story and history of events is gradually revealed as Lily finds notes scattered throughout her travels. This approach works well for Ender Lilies. The lore is interesting enough where I wanted to learn what happens, but gradually revealing it this way keeps the interest level throughout the game and doesn’t break up the action or exploration. 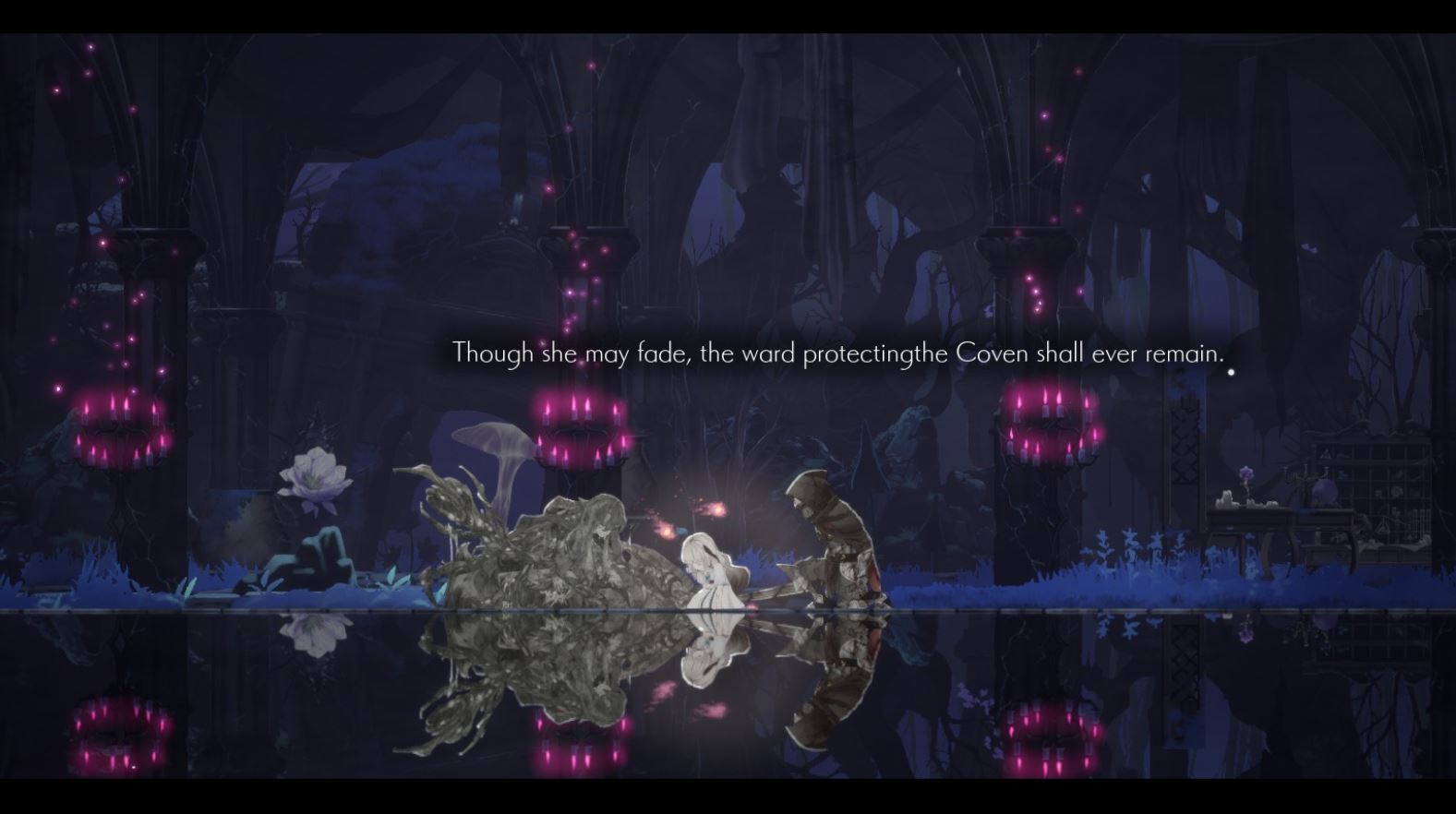 As stated earlier, Ender Lilies: Quietus of the Knights draws influence from Dark Souls and as such players can expect there to be a hefty amount of difficulty. In actuality, Ender Lilies is a challenging but to say it’s as difficult as Dark Souls may be overselling it. Most regular enemies can kill Lilly in three or four hits and most bosses will probably take a few attempts to beat. The challenge is rather high but never feels insurmountable. Castlevania: Order of Ecclesia is a good reference for difficulty. Figuring out enemy patterns and how to optimally juggle the different spirits will play a large part in a player’s success. Lilly can also partially restore her health three times between rest points through prayer, mucg like the Estus Flasks in Dark Souls. Prayer does require a few seconds of stationary concentration to work and Lilly is vulnerable to damage during prayer. The map squares don’t do much to tell the player about the layout of each individual map section. Finding all the hidden treasures, power ups and notes does require a lot of exploration to find where every little thing is stashed. The map makes this easier by color coding whether the player has found everything in a particular section.

Ender Lilies: Quietus of the Knights is an atmospheric work of art. The fluid animation and art direction make the ruined world a thing of beauty in its desolation. The artists have taken the humans and animals of Land’s End and twisted them into horrific-looking abominations. Something that’s a nice touch in the animation that ties into Lily not being a warrior is when she summons her spirits to fight for her, her animation has her cowering or recoiling in fear, which is a small detail but it does a lot to convey the terror in this terrible world where she has awakened. The soundtrack is a thing of haunting, minimalist and melancholy it’s the perfect audio accompaniment to the Ender Lilies’ visual style. Oddly enough, the score has a relaxing quality to it, which may have been an intentional choice by the developers to help keep players calm during the more difficult sections. During the review I found myself prolonging my time in certain areas due to being enthralled with the music. The difficulty is tempered with the dodge mechanic that’s rather forgiving when it comes to avoiding attacks, as does the rather frequent checkpoints. The game mechanics are smooth, and juggling the different attacks among the two loadouts is limited by player skill and not by faulty game design. Frankly, this could be my favorite metroidvania that wasn’t made with Iga’s involvement. 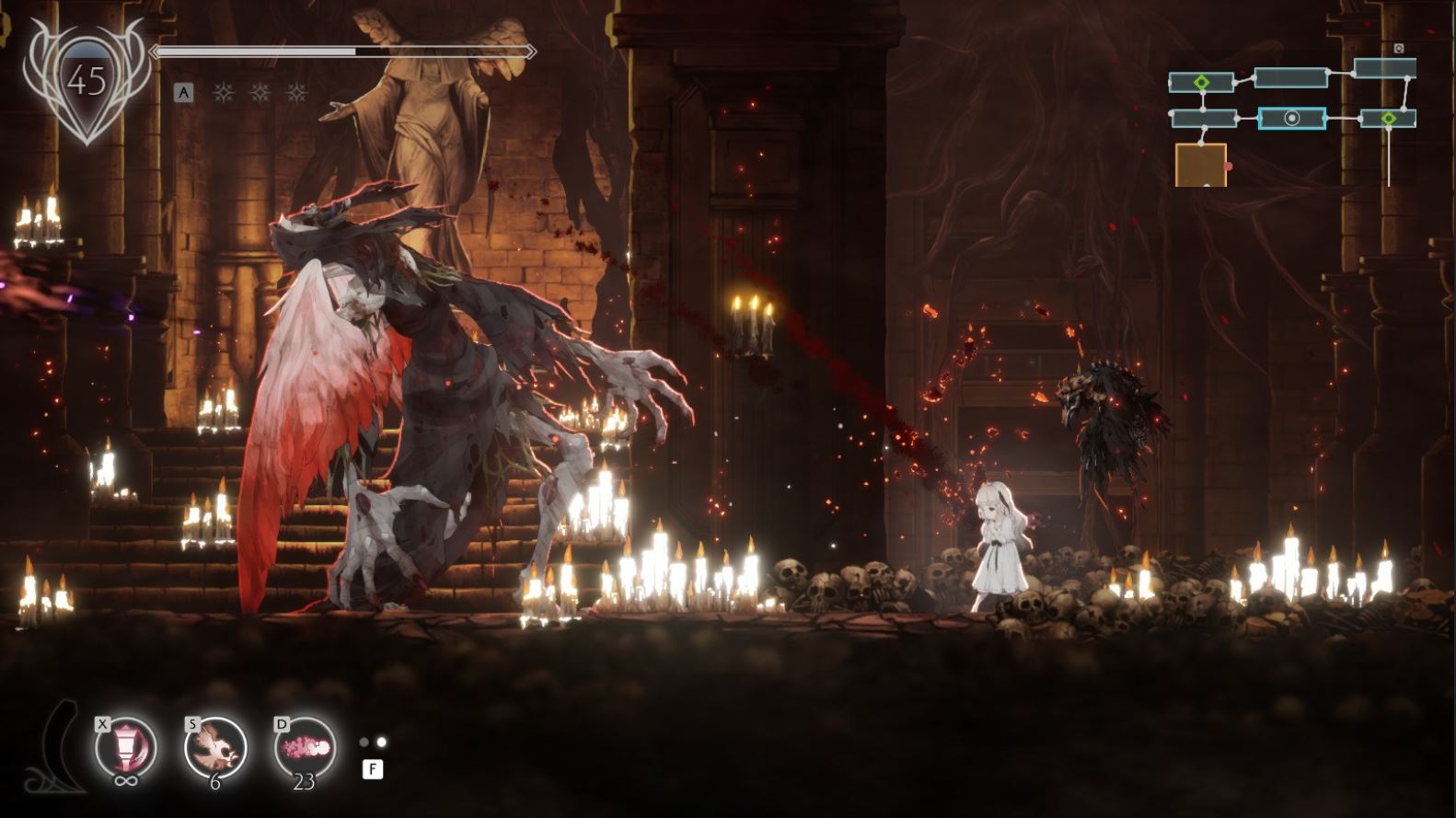 Ender Lilies: Quietus of the Knights is a fantastic metroidvania. It doesn’t do anything to revolutionize the genre, but it does excel at creating at creating a memorable experience that follows the familiar metroidvania template while still being unique. The visual style and amazing soundtrack complement each other well, creating a sense of tranquility in a desolate and horrific world. The challenge hits that sweet spot where the difficulty is high but victory is never out of reach, learning the enemy behaviors and getting an understanding of the collected abilities will allows players who persist to see the story to its end. Ender Lilies: Quietus of the Knights is a must play for fans of the genre as it’s simply one of the best metroidvanias ever developed.