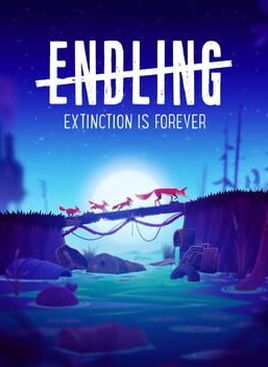 The stars have aligned themselves once again in the world of indie games, with this past week has seeing another release of two different games based around the same theme. In this case, the theme is “adorable animals having to journey through a post-apocalyptic world.” First it was Stray and the adventures of its kitty in an underground bunker city populated by robots, and now HandyGames and developers Herobeat Studios bring us Endling: Extinction is Forever. This time around our cuddly little animal is a fox, forced into a world of environmental ruin while trying to raise a new family, but does this critter also have an amazing journey that we can be a part of?

Kicking things off with a raging forest fire as you run away, Endling has you guide or fox mother to a new shelter, where she gives birth to four cubs, the last of their species. Unfortunately, a human referred to only as the Scavenger abducts one of the cubs one night, meaning our heroine has to try and sniff out what happened to them while also raising their remaining cubs and teaching them the skills they need to survive. And those are jobs made trickier by the fact that a massive corporation is currently still ravaging the area, altering it in various ways over the course of a month, forcing our fox to deal with new challenges along the way.

The core gameplay in Endling is a bit of survival as you and your cubs attempt to find food each night and make it back to the shelter before dawn. As you and the cubs move along a fixed 2.5D plane with various twists and intersection, you have to hold down a button to sniff out food when in the vicinity, guiding you towards either a creature to hunt, trees to climb with eggs in them, garbage bags and more. And at certain points, either through discovery or as part of the plot, your cubs can learn new skills as well, opening up even more opportunities to find nourishment. And as time progresses and/or you explore more, new areas and shortcuts become unlocked, giving you different ways to more ways to look around and avoid any possible threats. 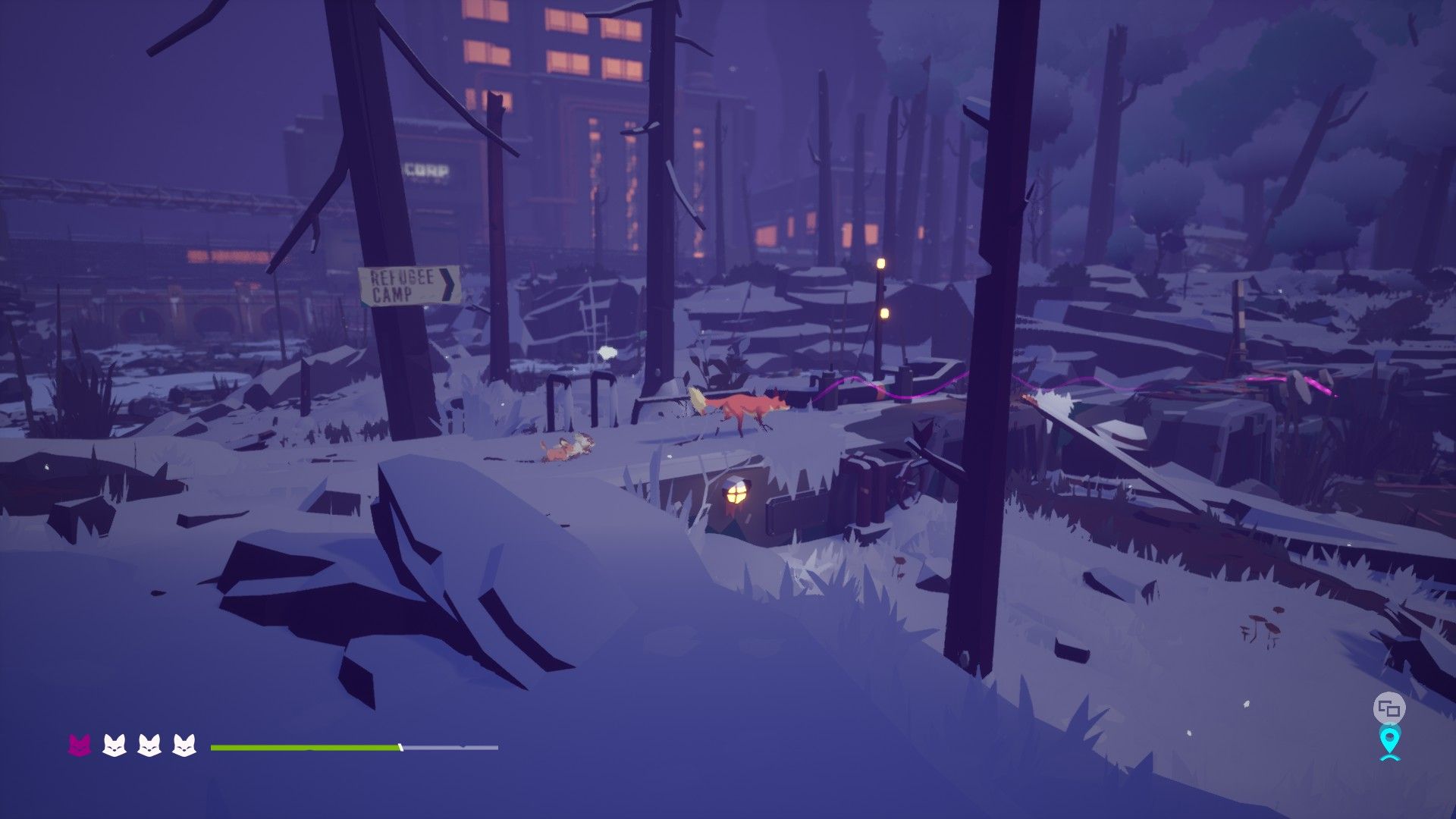 It’s all well done, with great controls, a beautifully-designed and evolving world, a nice variety of skills and more. But in one of the few drawbacks, Endling does come across as too much on the easy side when it comes to its survival mechanics. Food never came across as being that hard to come by, any actual traps the mother fox can get caught in are just brushed up with a QTE and only have you result in walking slower for a bit, and save for one instance, the cub in my playthrough were never at risk of going hungry (instead, the bigger threats to them were the owls you have to sneak by, which left this writer broken for a while and scrambling to restart the day any time there was a slip-up there). There are even whole mechanics that can go unused for virtually the entire game, like barking on command or having to pet scared cubs.

To be fair, the emphasis in Endling is more on the story and the world around you, either through trying to find your kidnapped cub or noticing all of the signs in the background pointing to the various ways parts of humanity are ravaging the environment, and the toll it takes on everyone. The game doesn’t pull any punches when it comes to these sights and its message, and the result is an impressive tale told entirely without words. In one case, all it took was a single sound and the lack of any sound after to deliver a chill down this writer’s spine, and that’s before I was even able to actually visibly see the aftermath. 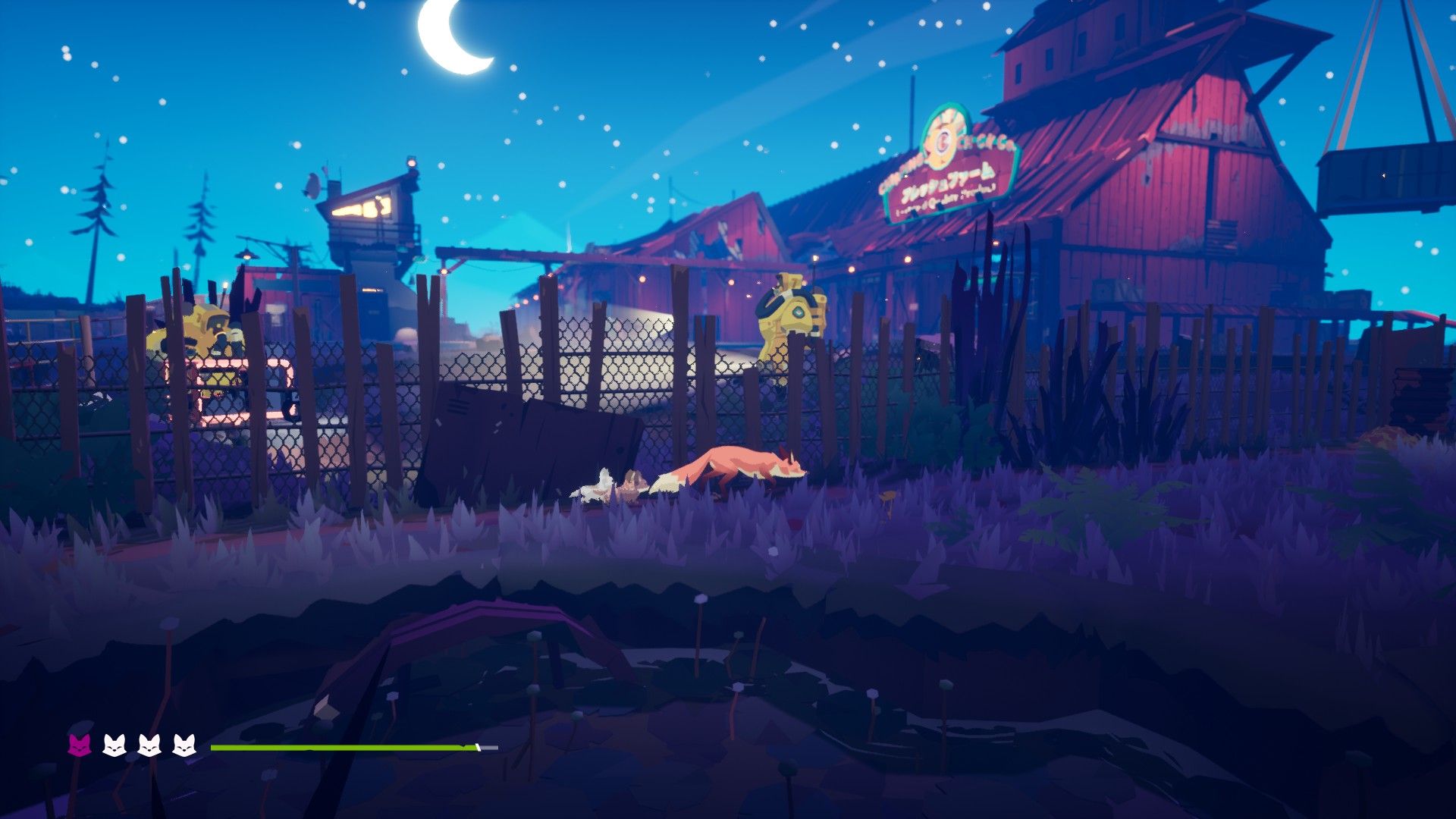 It helps that following the story of the missing cub actually does require savvy. You may have noticed a couple of paragraphs ago that there was only one instance of a cub going hungry in my playthrough. Well, that’s because on certain nights, a purple scent appears for you to track, leading you to a string of dropped items to find that reveal more and more of what happened. The catch is that they only appear for those limited times, so you need to get to them quickly, forcing players to manage the gathering of food while tracking at the same time in order to view the whole story. And it’s indeed a story worth hunting down, not just to try and find the cub, but to see more of a larger story that, if possible, somehow ends up being more of a gut punch than you might expect.

Of course, it also helps that Endling is an amazingly stunning game when it comes to visuals, especially as the environment changes in different ways. What truly makes it work is the stylish approach to everything, with all characters having a somewhat cartoonish style to make them stand out, but not too cartoonish as to lessen the impact of anything. It also makes each new location feel truly distinct, with their own landmarks and scenery that you’ll begin to get used to. And as expected, the soundtrack is also perfect for things, nice and atmospheric, hitting the perfect notes during this unique journey.

Endling does have a couple of other drawbacks, as mentioned earlier, like an otherwise-useful map that marks both events and locations where you can distract the Furrier enemy for the night with the exact same question mark, which can throw off your plans if what you find isn’t the option you were hoping for. But it also has several impressive other bits as well, like the heavy emphasis on exploration that can unlock new secrets and even new friends to find. All in all, it’s an impressive adventure…albeit an emotionally devastating one at times. 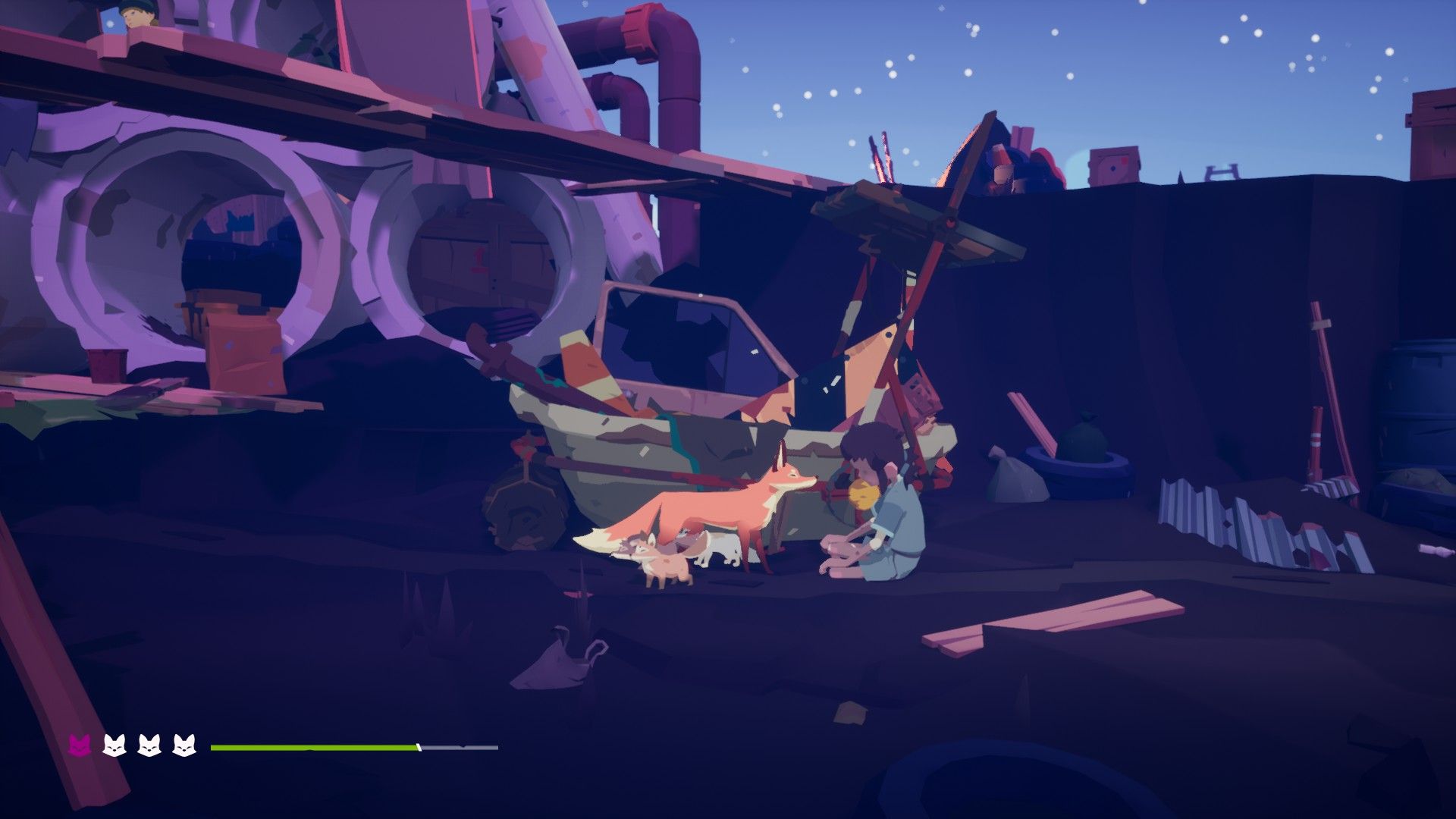 Endling may be lacking on the difficulty side, but it more than makes up for it when it comes to delivering a breathtaking story about loss, survival and the environment, topped with a gorgeous art style and an impressive evolving world to explore. It may be a brief journey (clocking in at around four hours), but it’s one that’s worth playing through, an emotional roller coaster that’s still fun to play and gets you invested in the struggles of our furry friends, so don’t sleep on it.