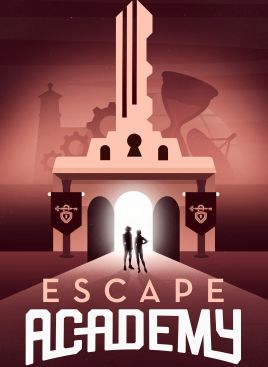 Considering that escape rooms have been inspired by a subgenre of graphic adventure games, it only makes sense that the escape room experience would see more attempts to translate it into video game form, kind of like how something such as The Producers starts out as a movie that becomes a Broadway musical that gets adapted into a new movie. Not that anyone’s complaining or anything, as there are escape rooms so expertly designed that they can rival classic adventure games, so that kind of experience is always welcome. And developers Coin Crew do indeed have plenty of experience with designing escape rooms, and now they bring all their knowledge to their first game with iam8bit, Escape Academy. Now to just pray that it doesn’t suddenly flunk out…

Escape Academy casts players in the role of a new student at the titular academy, which is designed to help mold the Escapists of the future, be they spies, professional thieves or other professions that require speed and intelligence. This has also made the academy the targets of anti-Escapist forces, however, which has led to at least a couple of secrets buried in these halls of learning. So in between tackling the escape rooms needed in order to get the ten seals needed to earn the coveted Seal of Escape, you begin to learn more about a few issues the academy is having, and the duty of solving them falls on your shoulders.

Things started out promising. After a fakeout with an intentionally-lousy escape room serving as the tutorial, our player discovers a deeper escape room beyond that, and after completing it, are whisked away to the academy with another entrance exam before you begin to explore the rest of the grounds, getting to know the staff, your rival and the various parts of the campus that all double as the rooms. After starting out with cleverly-designed puzzles and a terrific setup with a lot of charm, I ventured out, fully ready to see what unique parts of Escape Academy would arrive next and what challenges my character would have to face…and four hours later, it was all over. 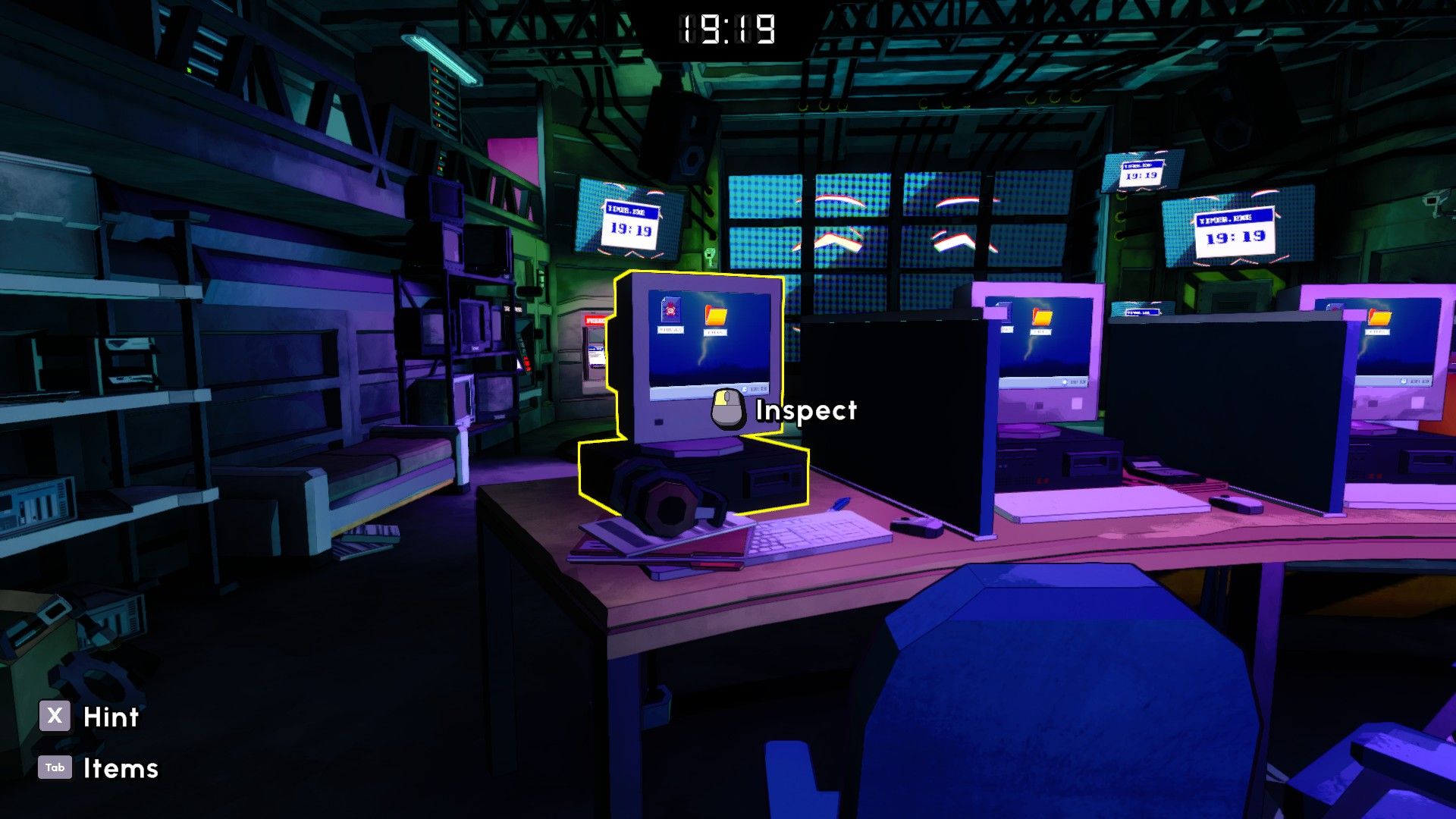 Yes, let’s not beat around the bush when it comes to Escape Academy’s weakness, that being its brief length. Within that short length, I had gotten an A-plus grade on every single escape room and had talked to every staff member in between classes for good measure. Again, I question if I’m just somehow too good at this, getting stumped by only about three puzzles at best, but I doubt my skills. No, the bigger problem, in this writer’s opinion, is that the game just never escalates in challenge much. Even the final escape room with the maximum difficulty rating never felt that intimidating or had puzzles that felt complex enough compared to what was introduced earlier. Throw in generous time limits and things can feel too easy at times.

Still, it’s a mystery how that problem even emerged to begin with, given that the actual designs of the rooms and puzzles within them is grade-A stuff. There’s a great variety of various brainteasers here, ranging from Sudoku puzzles to map decoding based on the time elapsed, and even a bit of having to translate Russian at one point. And of course, a lot of patterns to find and deduce, all of which are nicely set up and lead to a lot of “Eureka!” moments as you run around each room. All of them felt like they were perfectly crafted, arranged and designed with the right level of challenge, helping to create memorable escape rooms.

Of course, another part of what makes memorable escape rooms are the settings and atmosphere, and Escape Academy excels there as well. Each area is not only brought to life with a nice and colorful style, but also makes perfect use of the typical university locations in order to create a nice spread of themes that expertly accompany each set of obstacles. Shapes of pastries you find in the cafeteria correspond to a combination needed. Optical illusions by the art studio hint at what statues require attention. Vehicles parked in the quad contain various clues when entering the driver’s seats. Not only do these made for unique escape room concepts, but but they still manage to nicely show that Escape Academy is…well, still an actual academy (the increasing amount of trophies added to the dorm room also being a nice touch). Even some of the more out-there portions are well-designed. 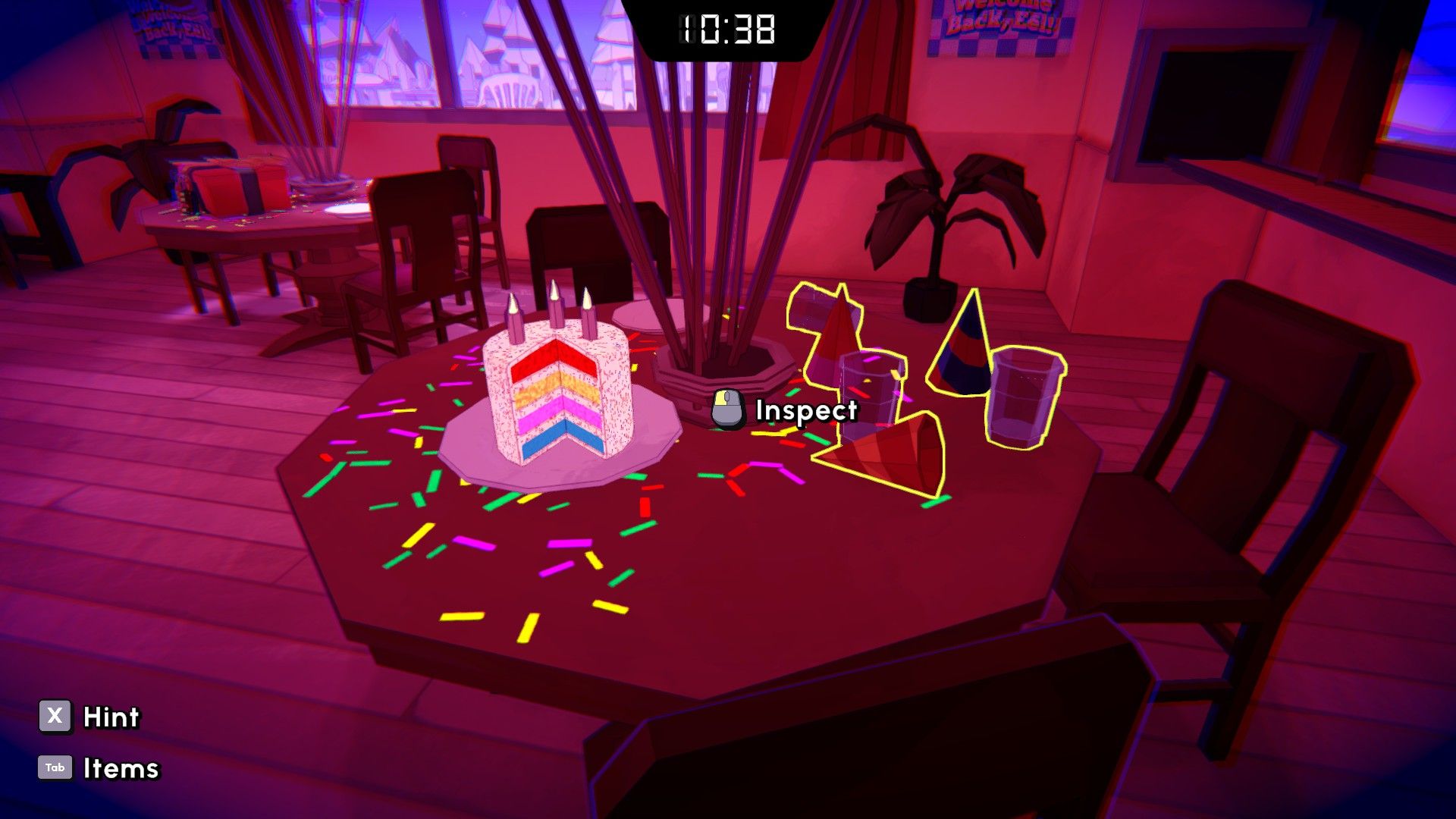 Said out-there portions kick in when it comes to the story, which manages to be nifty even if it isn’t too deep. It centers around the eventual return of one of Escape Academy’s most legendary professors, and it gets the job done, even if a particular twist seems obvious. Still, it’s a fun little yarn boosted with the assistance of a memorable cast of characters making up the staff, from the jovial maintenance man Jed to the more relaxed Professor Bonilla, who’s laid-back when it comes to explosives. Honestly, the mini-narratives for each room involving them are captivating enough on their own to make things work.

There’s not a whole lot else to say about Escape Academy. Between its simple and effective first-person adventure gameplay that’s nicely easy to get into (with pinning necessary objects to your HUD being a breeze), the brief length not leaving a lot of story to discuss, and a desire to not give away any real spoilers when it comes to discussing any of the puzzles, there isn’t exactly a whole lot of room to discuss anything else about the game (with the possible exception of another stellar soundtrack by Doseone that fits perfectly and has some memorable stuff, especially the brief tune that plays upon successfully completing a room). It’s just a well-made, bite-sized game that perfectly scratches any escape room itch for a bit thanks to some terrific puzzles. In the end, the only huge flaw is that it leaves you wanting more, which is at least one of the better flaws for a game to have. 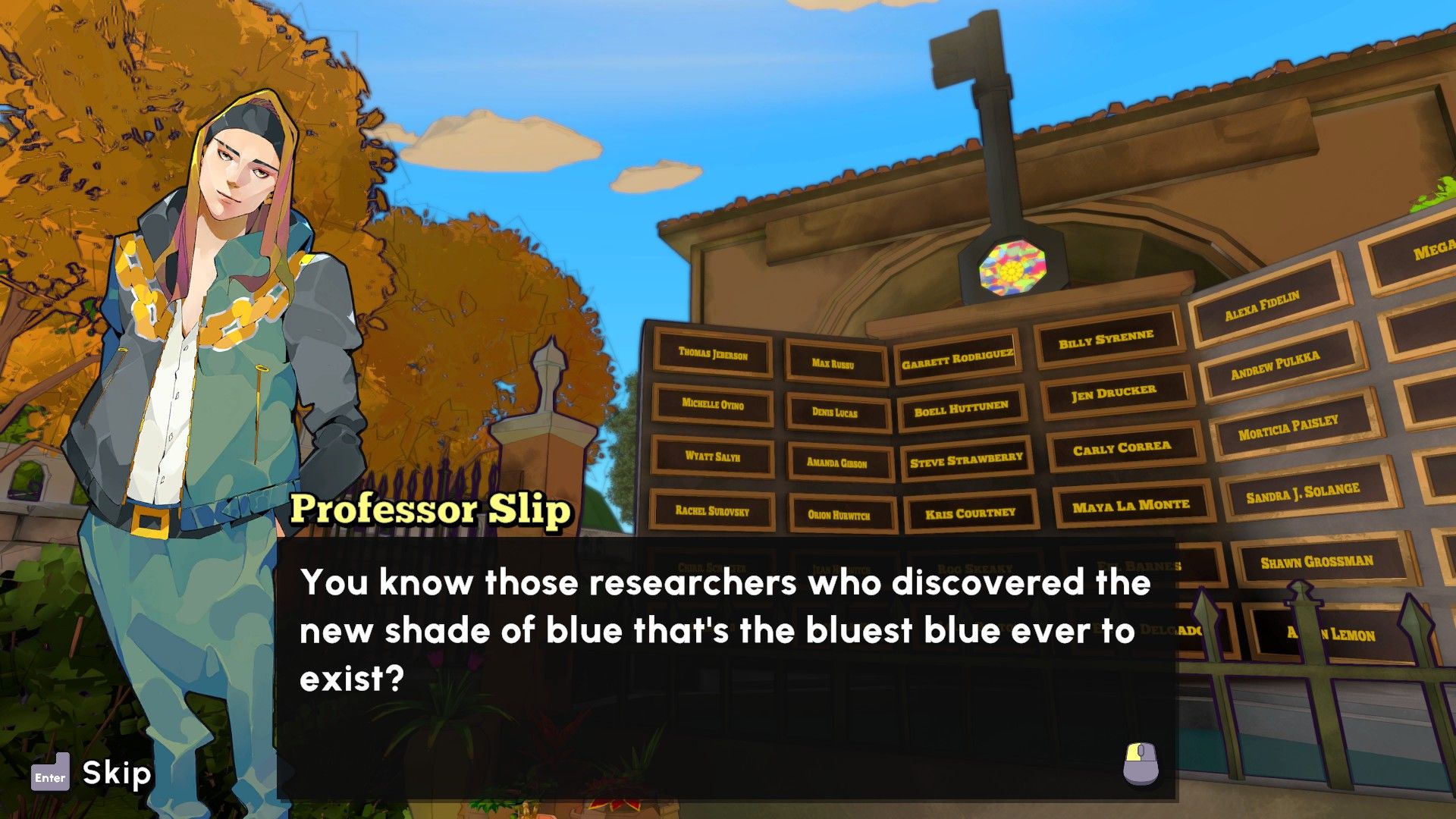 With any luck, Escape Academy will be successful enough to warrant a sequel, as its uniquely quirky academic world and its cast deserve to be fleshed out even further with even more meticulously-crafted escape rooms to solve. As is, though, Escape Academy is a fun jolt of great puzzle designs guaranteed to fire up your cortex, topped off with impressive aesthetics that make for some memorable escapes. It may not be complicated breakout one might hope for, but it’s still worth checking out.