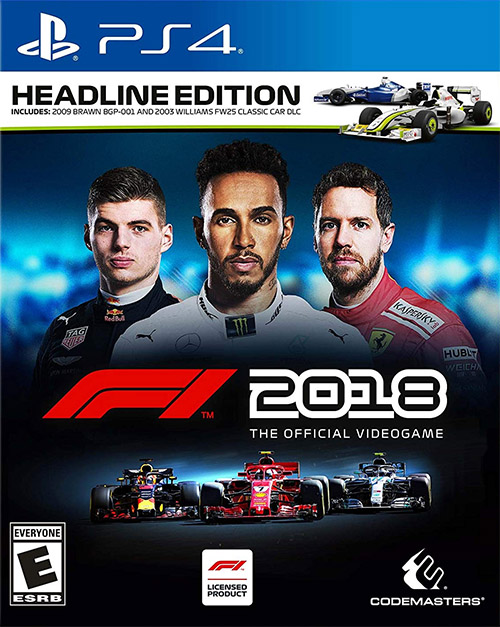 Formula One racing is the world’s biggest sport outside of football or soccer. Codemasters hitched a ride on this train nearly ten years ago and has properly replicated and embraced the sport that it develops games for. F1 2017 offered the complete package and Codemasters is looking to go deeper with F1 2018. The team successfully became a prominent e-sports presence last year as the series is becoming a full-on race day simulation. F1 2018 has made the necessary adjustments to keep up with the Formula One series from a technical aspect as the sport continues to be perfectly represented in the game.

There are a lot of political aspects to Formula One racing in real life. The sport is held on such a pedestal that everything a driver says or does is held in high regard. F1 2018 features an even deeper Career Mode that includes interviews with the press. Every answer you provide will affect your personal rating. You can be a good sport or a spoiled diva by either accepting blame or throwing your team under the bus. If you say your car isn’t handling well or that the power unit isn’t up to par, that specific engineering team will take notice. If the press asks why you hit a wall after practice or qualifying, you can either take blame or blame others. This does all affect your reputation.

The career mode will let you join any team that you like. The better the team, the higher the expectations. The R&D Tree returns with development that is relevant to the rules for 2018. There are some aesthetic improvements here. Racing earns you points to put into your R&D Tree and focusing on test sessions during practice is the best bet. Skipping past the practice sessions can ultimately leave your car behind the competition later in the season.

If you decide to stay with your team after a season in your career, the research points will carry over. I started a career with Haas and only after a few races the time came for a contract negotiation. I found it strange that I could negotiate with other teams and immediately join that team. This is something that doesn’t happen in the sport. If negotiation for next year, this would make sense. The negotiation process is cool as you have a reputation and you need to meet that team’s demand. You can ask for better research or to be strictly a number two driver to help your cause. I joined Red Bull and the team immediately kicked out Max Verstappen, who was higher in points than me, which comes off as a bit unrealistic.

The power difference in the cars is noticeable. Jumping from Haas to Red Bull, the Red Bull was just overall better. This properly replicates the 2018 season, as well. Another big rule change is the inclusion of ERS. This battery system allows for better overtaking attempts as it discharges and recharges through the race. This adds an element of strategy to the racing. This isn’t to be confused with the DRS system, which allows a rear wing adjustment for more speed in specific areas and stipulations of the race. Lost you yet? If you’re an F1 fan, you will know what this is. When it comes to technical prowess, Codemasters has everything included. Managing this can be difficult in a race, but assists help if needed. The changes to fuel mixture, downforce and the ERS are done through the MDF. There are a few too many screens on this menu to be sorting through to make adjustments and keep an eye on things.

F1 2018 takes its handling package more towards a true racing simulation this year. The team has focused on car and track conditions along with a new suspension model that will let the car handle as real as the F1 cars. Tyre and brake temperature are the keys to handling and this can be monitored much like the real drivers do in the sport. Tyres have to get up to a high enough temperature for maximum grip, and braking too hard and too often will make braking worse. This all has to be managed all while getting the most out of the car. Every different tyre compound from Pirelli is in the game, as well, and they all handle different. Using a Logitech G29 wheel, the force feedback is strong in F1 2018. Every bump and curb can be felt along with wheel shake from hard braking. It’s difficult to feel the back tires break loose, however, and this does become an issue as finding traction is important. Hitting a curb slightly wrong can cause you to spin. The handling in F1 2018 is the most technical and difficult the series has seen.

The A.I. seems to have taken a step backwards in 2018. The opponents don’t have a great sense that you’re near and they don’t try to avoid you. F1 2018 features a formation lap option to allow your tyres and brakes to get up to temperature. The race can be started by holding the clutch in and trying to get grip. Too many times the A.I. has just hit me from behind. If there is a sharp corner to start a race, you can expect to get bumped or cut down on. Tracks like Monaco and Baku are difficult to avoid an incident. They also seem to either exit tough corners easily or sometimes brake at the wrong time. It really doesn’t feel like I’m racing them, but rather trying to avoid them. 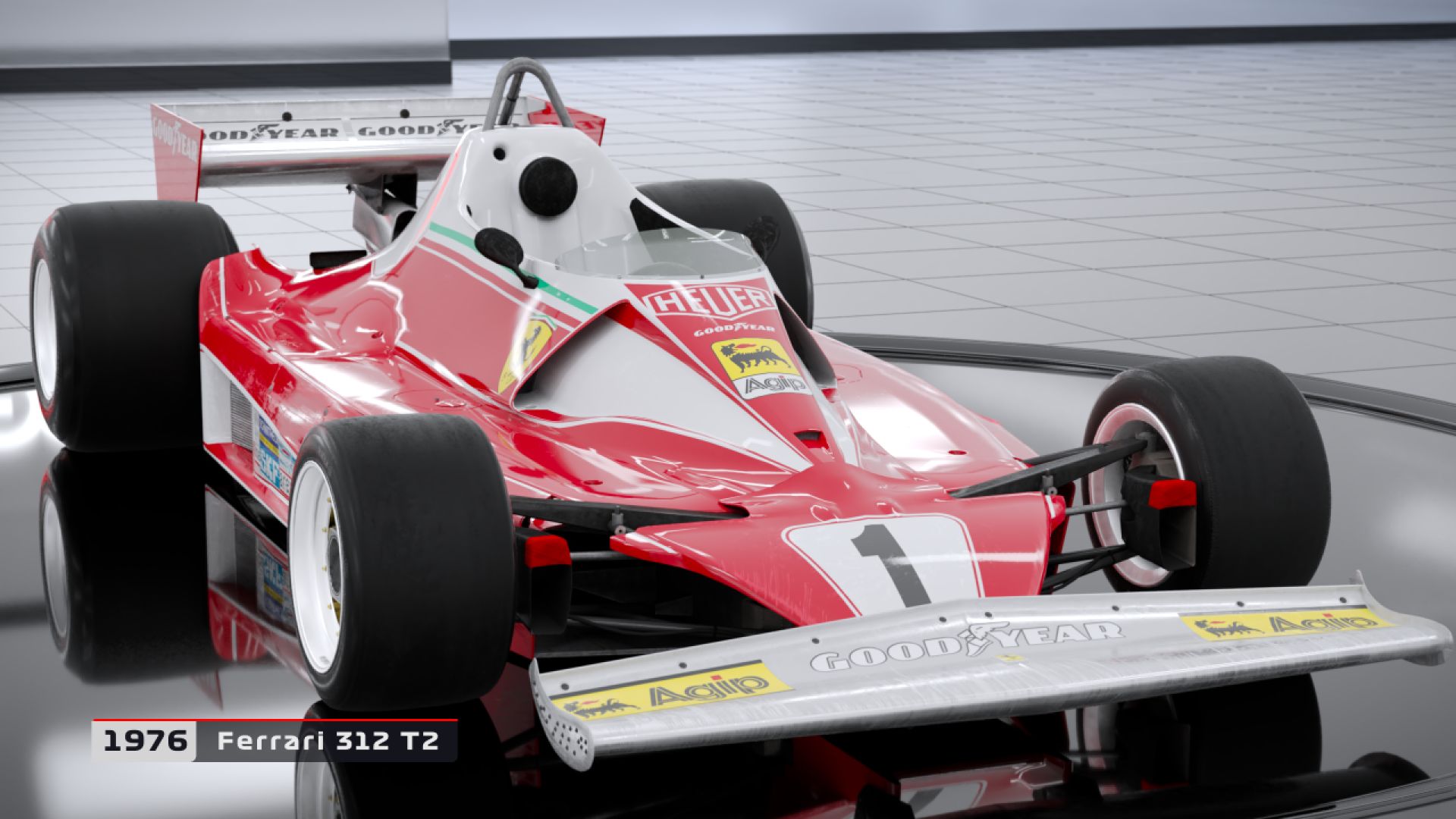 The game still features the normal modes it has in the past outside of the Career Mode. Grand Prix, Championship and Invitational Events are still here. F1 2018 now includes 20 historic cars and these are the most fun to drive. Each car from the different eras all handle different and vary in speed. Driving the 1995 Ferrari had me getting wheel spin through three gear shifts. Using the clutch and a stick shift on the older generation cars is fun and allows for a variety of experience. Doing the Invitational Events where you have to pass a certain amount of cars within a timeframe is a great change of pace during a career. It’s worth trying out all the different cars to see how and why they were so legendary.

Graphically, F1 2018 is still gorgeous and slight step above last year. Yes, the new Halo safety measure is in the game and it’s as annoying as you think it is. It can, however, be removed in the options. Most noticeably, the player models look better than they ever have. Faces are beyond recognizable and this includes chief engineers on teams. The cars shine brightly has the lighting is improved and you can see this lighting during the pre-race sequence with the player models. On PS4 Pro, the game ran consistently at 60 FPS. The tracks remain highly detailed. Speaking of the pre-race sequence, players will notice the inclusion of the official F1 presentation and music for this season. It brings it even closer to race day as the commentators come from the television broadcast as well. 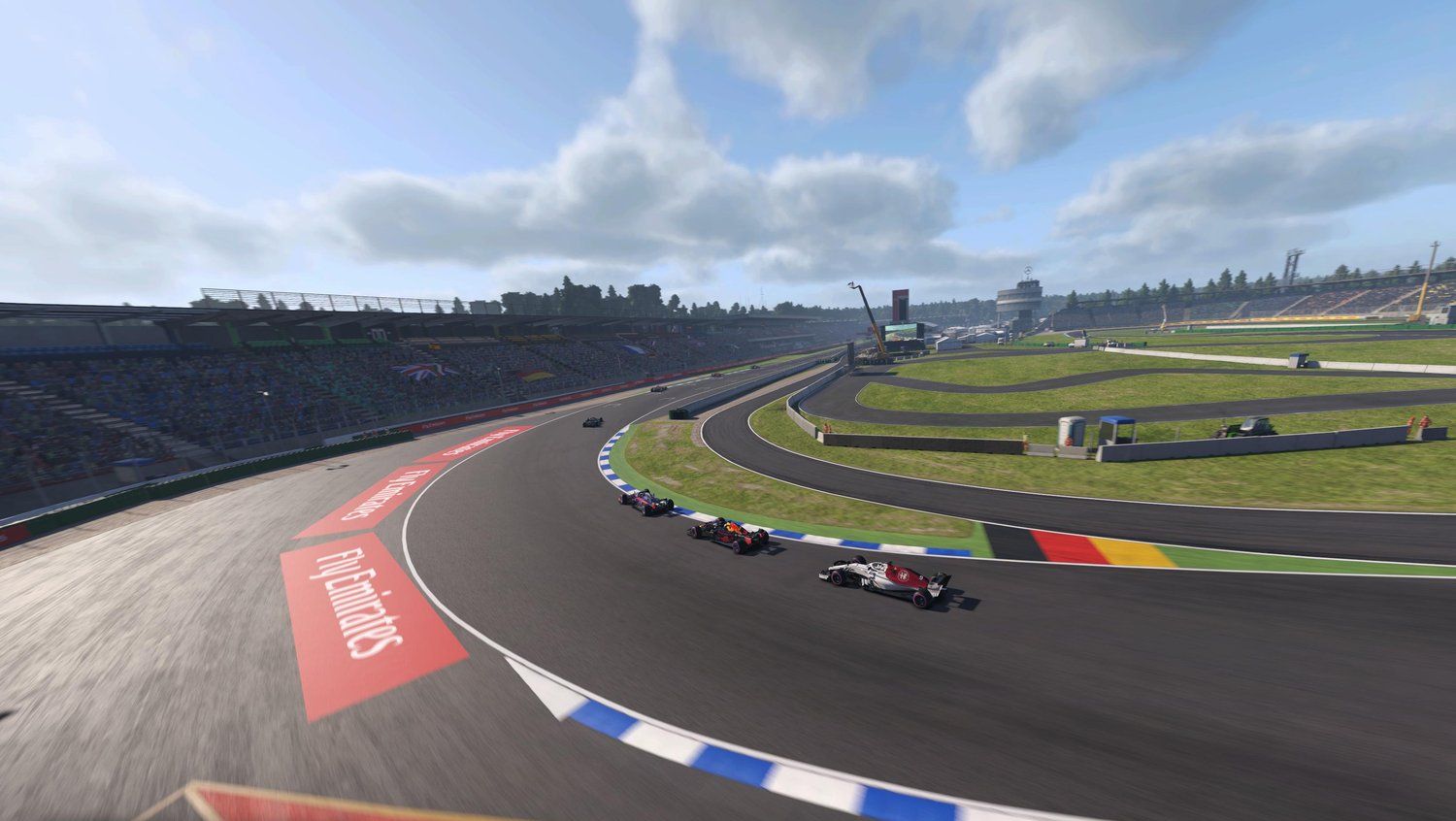 The sounds of the cars are beyond wonderful in F1 2018. Each manufacturer has a distinctive engine sound and little things such as the exhaust under braking are noticeable and appreciative. Then there are the historic cars and each one of them blares wonderfully and distinctively.

Entering the e-sports arena last year, Codemasters is carrying over that philosophy with F1 2018 online. There is a point system for ranking as the goal is to give the best competition possible. You can jump into a ranked or unranked race and choose the distance. There is a voting system that even includes historic cars. Online Championships return, as well as the multiplayer still functions well but with a more streamlined approach for finding opponents.

F1 2018 brings the complete Formula One experience to your cockpit. Featuring the new rule changes, a new handling model and a deeper Career Mode, racers are in for a different experience over F1 2017. The biggest gripe is with the A.I., which would most likely see some improvements as there is a patch due at launch. Cars shine beautifully and player models are the most realistic the series has seen. Having the F1 television graphics help complete the overall Formula One experience. Codemasters has established its own branch of racing simulation with F1 2018.