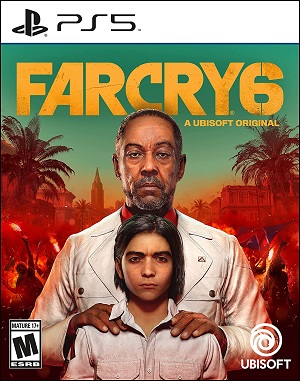 Joseph Seed is a terrible person. At least it’s easy to judge him as such after everything that happened in Far Cry 5. But like a lot of religious whackjobs that start cults, he could be given the benefit of the doubt that he truly believes he’s doing God’s work and providing what’s best for his family, misguided as he may be. After the fallout from him taking over Hope County that culminated in a minor explosion, Joseph finds himself questioning whether he did the right thing in Far Cry 6 Joseph: Collapse.

Joseph: Collapse takes place in a twisted version of Hope County inside the former cult leader’s mind. He’s weak and unarmed, with all of his followers having turned against him. An ominous voice, likely his own subconsciousness manifesting itself as the voice of God tells him how he ruined everything. In order to escape from this mental prison, Joseph needs to collect the three broken pieces of his cross. This sounds like it would be easy enough except his followers are now irradiated husks that have turned against him.

Joseph begins with access to a basic handgun gun and a couple of health syringes. As Joseph opens treasure chests and kills his former followers he collects Penance which basically serves as money to use at the mirror and armory. The armory is where he can purchase and upgrade firearms whereas the mirror’s function isn’t that obvious. The mirror is where Joseph can invest the Penance in himself where he can increase his health, gain more syringes or get access to tools like the wingsuit or grappling hook. Joseph: Collapse brings roguelike mechanics to Far Cry, so whenever Joseph dies he loses all his equipment but is allowed to keep a certain amount of Penance that he can use to purchase permanent upgrades to his character to make his next attempt at reassembling his cross easier. 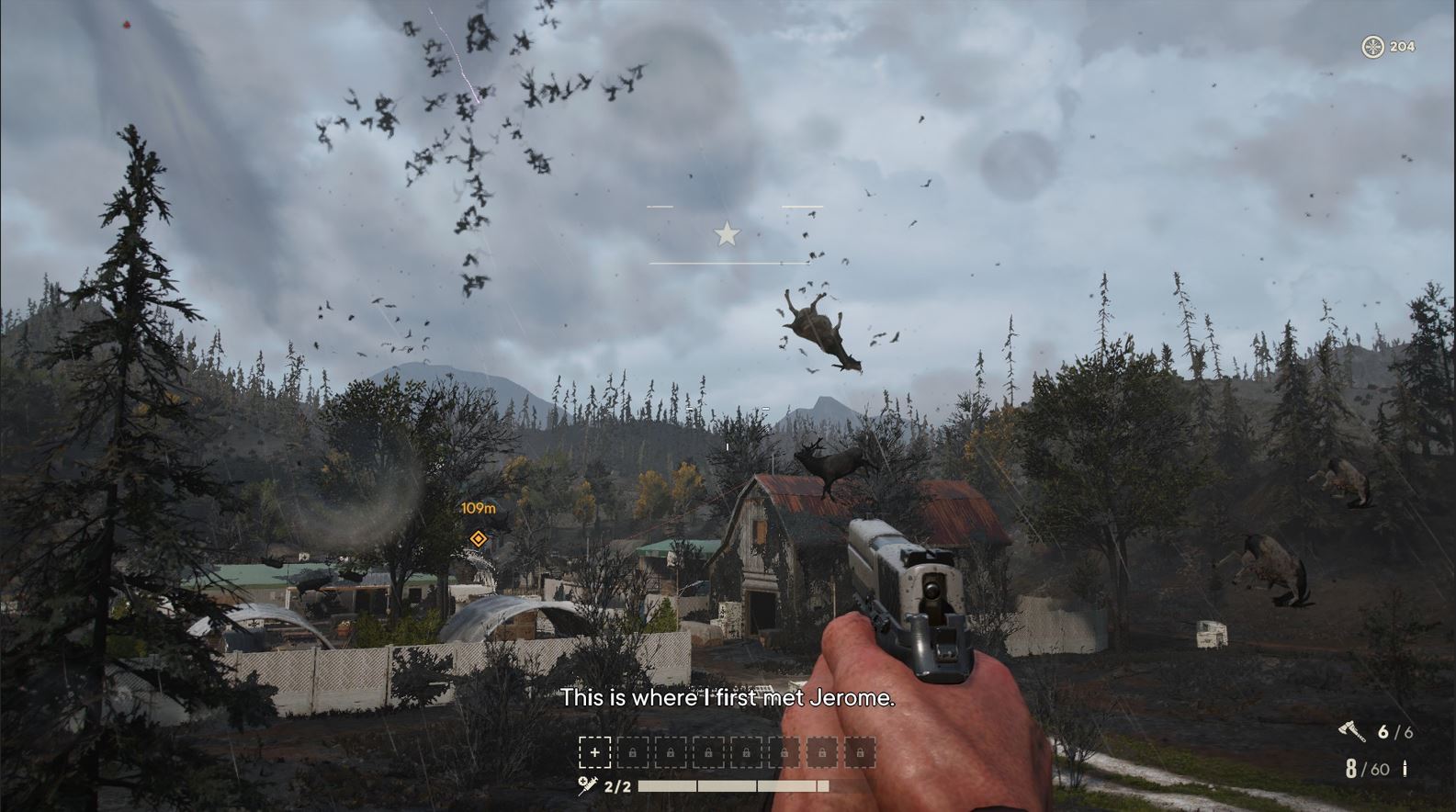 In order to escape Joseph’s mind, players technically only need to complete the three main missions. It’s recommended, however, that you explore Hope County and discover the secrets it has to offer. Completing weapon missions unlocks new firearms for Joseph to use against his former flock, which require him to kill a certain number of his followers to gain access to the guns. Also exploration will give the player the opportunity to gain more Penance points to upgrade Joseph and witness events that provide insight into his backstory. Completing the cross reassembly can be done in roughly an hour, but completing it unlocks greater difficulty levels that also offer greater rewards. Those who enjoyed Far Cry 5 can explore this version of Hope County to witness how Joseph’s mind has twisted and corrupted it along with seeing what some familiar characters have been up to since the bombs went off.

Joseph: Collapse isn’t a substantial piece of content, but its roguelike nature gives it a lot of replayability. Fully upgrading Joseph’s abilities and weapons will take several playthroughs and the increasing difficulty levels gives reason to do so. Most missions consist of shooting an endless horde of Joseph’s former followers while trying to undo his corrupting influence which has taken on the form of pulsating alien-like pods. The gameplay is on the more simplistic side, but that actually works in its favor. Joseph: Collapse takes the Far Cry experience and condenses it into an experience that is more akin to an arcade shooter that can be completed in a single session. Exiting the game saves the progress that was made in unlocking Joseph’s abilities and weapons, but no mission progress is saved. 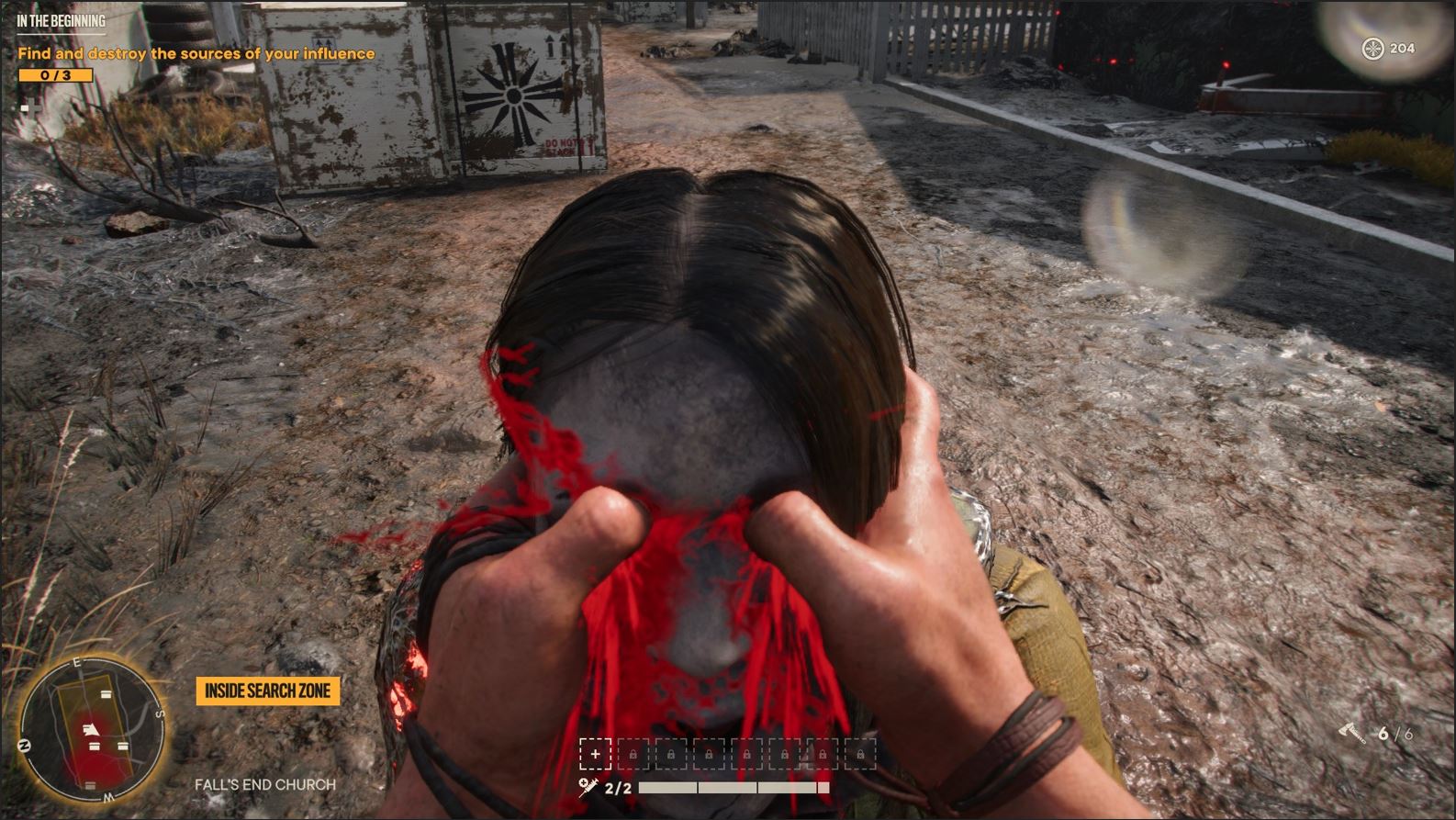 Joseph: Collapse is a welcome addition to Far Cry 6. It isn’t the most substantial piece of DLC, but that works in its favor. It’s a straightforward roguelike experience that can be enjoyed in a single sitting of less than an hour. The short amount of time required for completion ensures that Joseph doesn’t wear out his welcome over the multiple playthroughs required to unlock the highest difficulty level and fully upgrade all of his abilities and weapons. Joseph Seed is a memorable villain and being able to learn more about his backstory makes revisiting a corrupted version of Hope County a worthwhile trip in Far Cry 6: Joseph: Collapse.