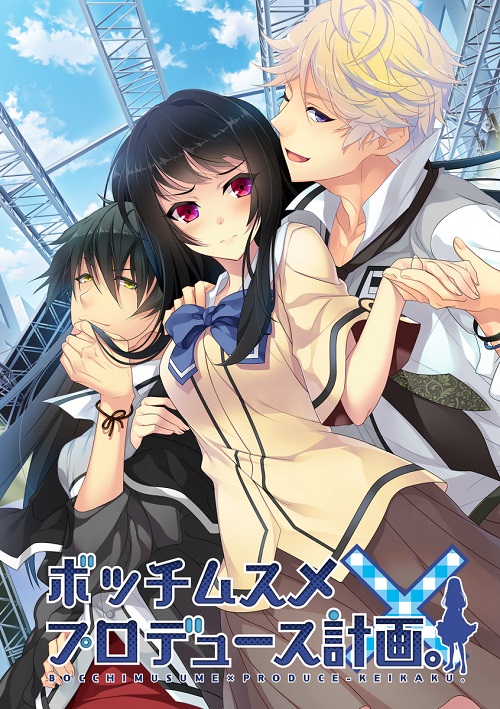 Once upon a time, if an English-speaking gamer wanted an officially released otome visual novel, they’d have Hakuoki and little else to choose from. Fortunately, times have changed and developers and publishers both are now much more willing to bring these stories to players. Fashioning Little Miss Lonesome is the latest otome release on the scene and has drawn attention for another reason as well. You see, it’s one of the first non-indie releases to offer an 18+ take on otome storytelling. While plenty of visual novels with male leads or LGBT protagonists have entered this territory already, it’s rarer in the otome scene.

Fashioning Little Miss Lonesome puts players into the world of a very intriguing protagonist in the form of Ema Tachibana. She does not follow stereotypes for the genre. That means she is neither wholly passive nor totally gung ho about life. She doesn’t even have any goals, as far as we can tell. Instead, she is written as a high schooler who is completely ostracized – but also apparently okay with that. Why doesn’t she have any friends? Everyone fears her due to her height, which puts her above even most of her male peers. This perspective gives her a very wry, self-deprecating sense of humor.

It is due to the surprisingly relatable, modern protagonist that the localization comes across as extremely good.  It is also cause for the events that take place in Fashioning Little Miss Lonesome to almost always come across as utterly absurd. Ema’s life changes when she crosses paths with Miki. As one of the most popular guys in school, every girl fawns over him, yet he only has eyes for her. Well, sort of. He sees her as his “muse” and is inspired to design fashionable outfits for her to wear. His best friend Saito also wants to help Miki achieve his dreams. He’ll do so by filming and directing model videos starring Ema, of course. The thing is, not only does she want nothing to do with any of this, it also seriously freaks her out (as it should, given the often unbelievable obsession otome romances have with the protagonist). Ema is basically being offered the chance at an otome video game lifestyle – but she’d rather goof around online! 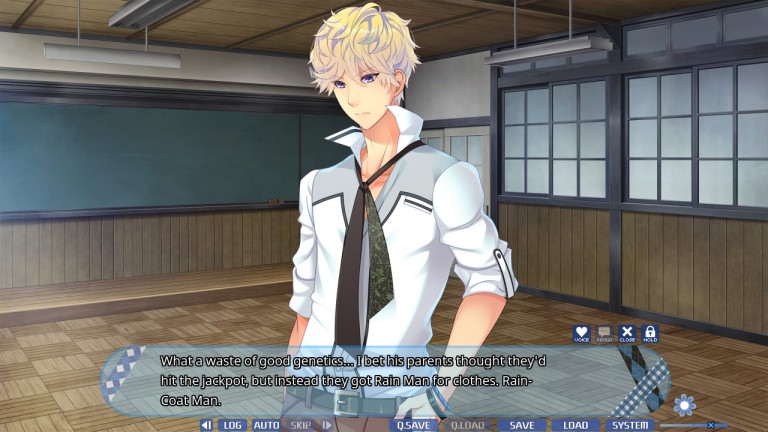 After a tremendous amount of running away, she finally decides to try out being a model. From there, all sorts of hijinks ensue over the course of a few hours. There are a wide amount of dialogue choices to make throughout a playthrough, leading to one of three main paths – or toward a (generally) humorous bad end. In a smart move, making a bad end choice leads to its conclusion very quickly. It’s worth seeing many of them before jumping back onto your desired route. The first two endings (focused on Miki and Saito) must be completed before access to the third route opens up.

To complete the game should take anywhere from seven to twelve hours. The first route you choose to play will always be the longest, as it’s when you’ll read the main route content and generally fall for some bad end traps. After that, however, there’s not many additional exclusive story scenes to explore. Depending on the version of the game you play, your chosen path might feel especially brief without the addition of sex scenes. These scenes are hardly necessary to enjoyment of Fashioning Little Miss Lonesome and don’t particularly add much to the experience. If anything, some scenes may end up bugging certain players. Interestingly enough, the majority of the game (not just its adult scenarios) may come across as extreme thanks to its focus on sharply satirizing the otome genre. 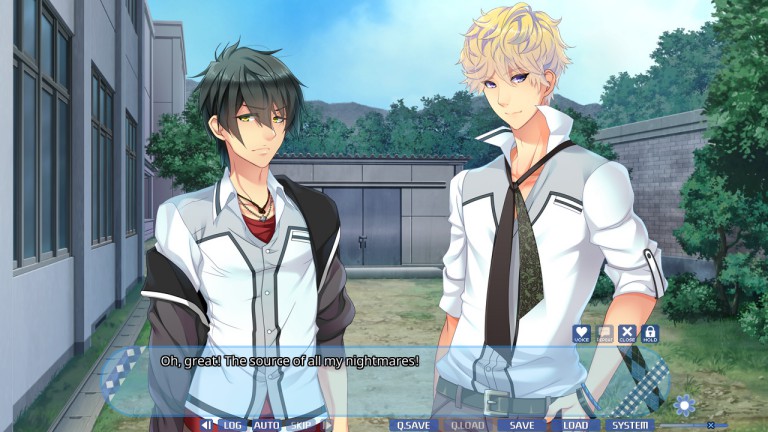 Despite being a small studio effort, Kalmia8 brought some skilled artists and voice actors to the table. The CGs, sprites and backdrops are all well done and fit right in amongst other visual novels. The Japanese voice acting of all characters works well, though none perhaps are as excellent as Ema. She really appears to have gotten into the role and is always ready to exclaim in confusion/exhaustion/surprise. It makes sense that she has so much to react to when Miki and Saito are such oddball dudes.

Early on, Fashioning Little Miss Lonesome had some bugs with regard to activating certain achievements or endings. Fortunately, MangaGamer promptly addressed these concerns. Other aspects, such as typos, were basically and pleasantly nonexistent since launch. Even so, there is a matter of the game coming across as very hurried. There’s not much time to spend with either Miki or Saito before getting it on. There’s also something off-putting about a generally believable protagonist meeting up against total possessive caricatures of human teenagers. Still, she does grow throughout the storyline which is more than can be said for some other otome heroines out there. 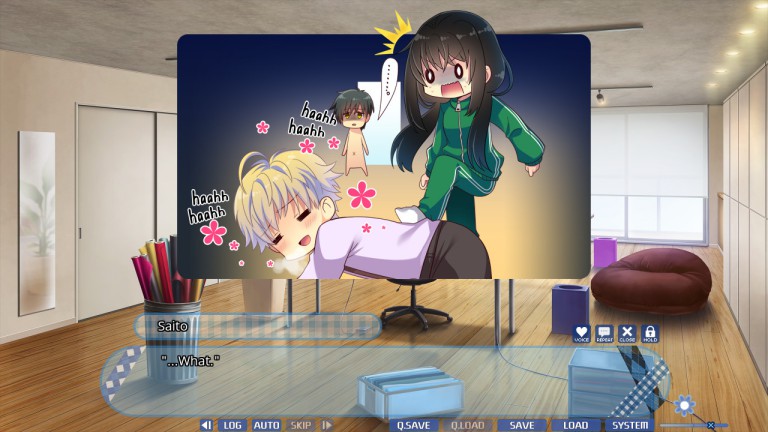 Fashioning Little Miss Lonesome is the kind of game that is best played and not analyzed. It should take most only a weekend to play and offer them an outlandish, generally humorous tale which brings together an antisocial teen and two bizarre classmates. It doesn’t provide much substance, but comedy visuals novels rarely do. It also offers the choice between accessing or avoiding adult content for those who aren’t comfortable with that. There are better otome titles out there, sure, but there are also far worse. Fashioning Little Miss Lonesome deserves props for trying something a little different, even if it doesn’t excel enough to become memorable.