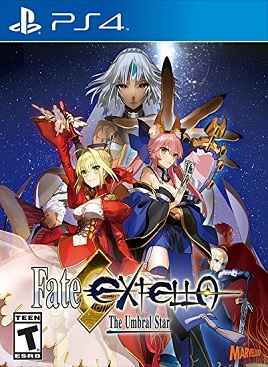 Fate/stay night started off as an “adult” Windows visual novel title way back in the day. Featuring an interesting story that was convoluted in just the right ways, it became one of those titles that managed to cross over into the mainstream, with the naughty bits chopped out for a wider audience. Writer Kinoko Nasu managed to hit upon a formula that worked. It continued to work as numerous spin off series in the form of manga, light novels, anime, games and amateur embroidery permeated Japan and Western audiences alike. This brings us to the latest game entry: Fate/Extella: The Umbral Star from Marvelous.

Set on the moon, The Umbral Star takes place after the events in Fate/Extra. The Holy Grail War is over and the spoils doled out. The game itself starts off with Sabre and master, named by the player, enjoying this very victory only to find that the celebration was premature. It turns out that all of the warrior servants weren’t quite reconsigned to history as was previously believed. Somebody is summoning them back, playing havoc in the super computer known as the Moon Cell Automation. Now, the digital world of SE.RA.PH needs to be conquered again, and the mysteries of the new summonings must be solved. It…makes more sense in context. Therein does lie an issue in the writing. Series author Kinoko Nasu has returned to pen the tale the holds the battles together, which is great news. However, the game does fail to set the context around the story, alluding to some previous events to establish motivations, but not opening the doors for comprehension for a new player. This story is dense in unique concepts, and The Umbral Star fails to establish them in any real fashion.

For veteran fans, though, the story to be found here becomes the main draw. Utilizing Japanese voices with English text, the events in the game do an admirable job of acting as a proper sequel to Extra. New talents emerge, better explanations for things that happened in the original are woven, and the interactions between the battling servants can be hilarious. Marvelous chose to use a heavy mixture of characters from across the many series, affording the opportunity to see satisfying crossovers similar to how Persona Q melded heroes from Personas 3 and 4, though not to the same level. 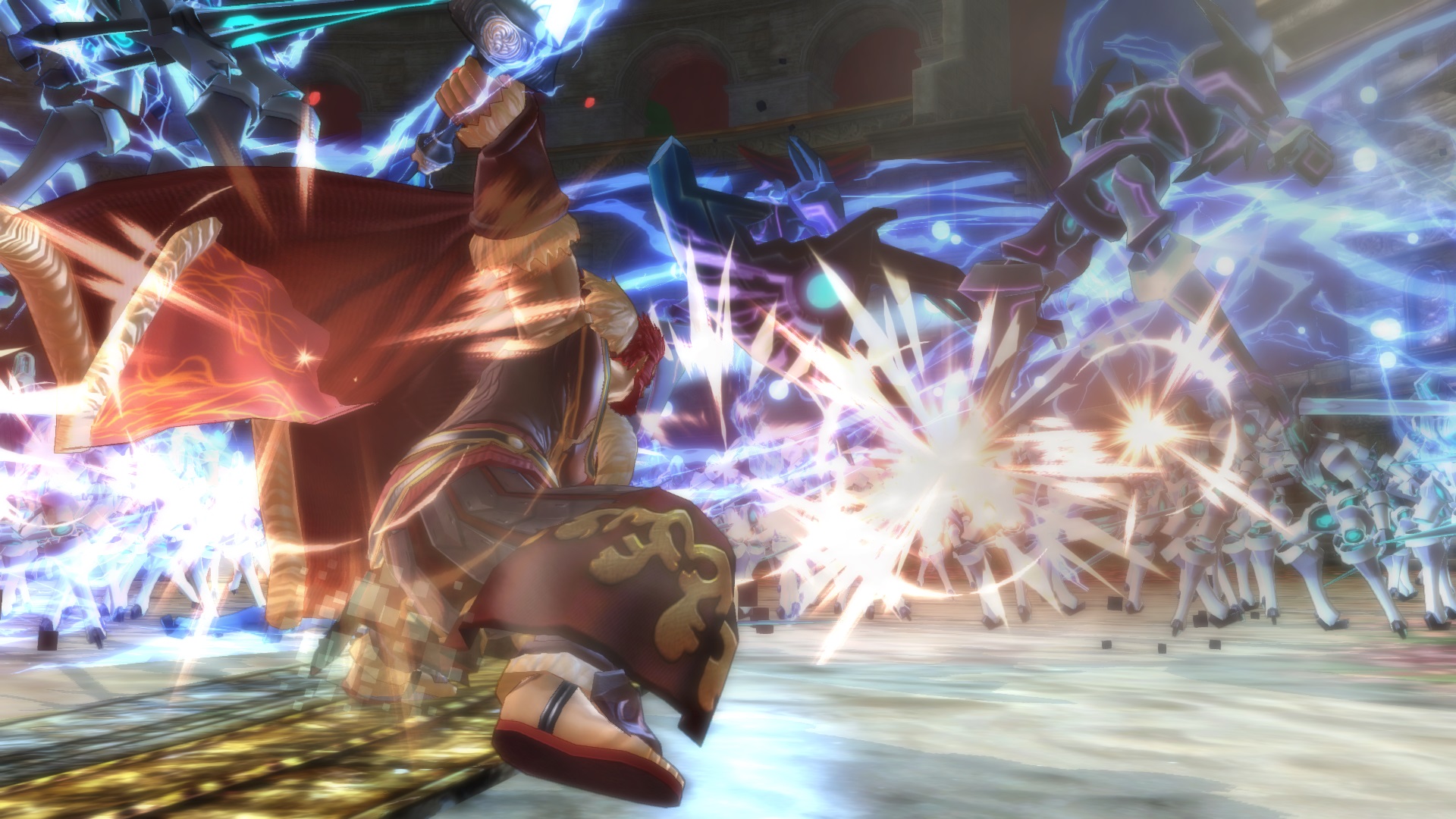 Story doesn’t mean everything, of course. The actual game has to be played. To be reductionist, The Umbral Star is Dynasty Warriors with a few tweaks. It makes no apology for this, seeing as how it includes Lu Bu as both antagonist and playable character, and makes sure that the player is advised not to pursue him. So, the combat is light attack, heavy attack, guard, and special. The controls are laid out in the exact same way as Koei Tecmo’s long running series. The only differences are the ability to engage a brief special transformation, called Moon Crux, to power up the servant and the addition of ground eating dashes.

This really isn’t a complaint, though. The beat em up action remains fun, and the enemies are plentiful. It’s hard not to feel awesome racking up attack combos in the quadruple digits and capturing territory. Players are tasking with taking over the battlefield, knocking down enemies to force adversaries to appear. Taking out enough of them claims the section. In order to complete the stage, enough of the field must be conquered to fill a meter up top, unlocking the level’s boss. The enemy will try to do the same thing, building “Plants” that send invasion forces into friendly territory. The plants need to be stomped out, and territories defended. This renders every stage a back and forth, and forces slightly more intelligent decision making between defending and attacking regions. 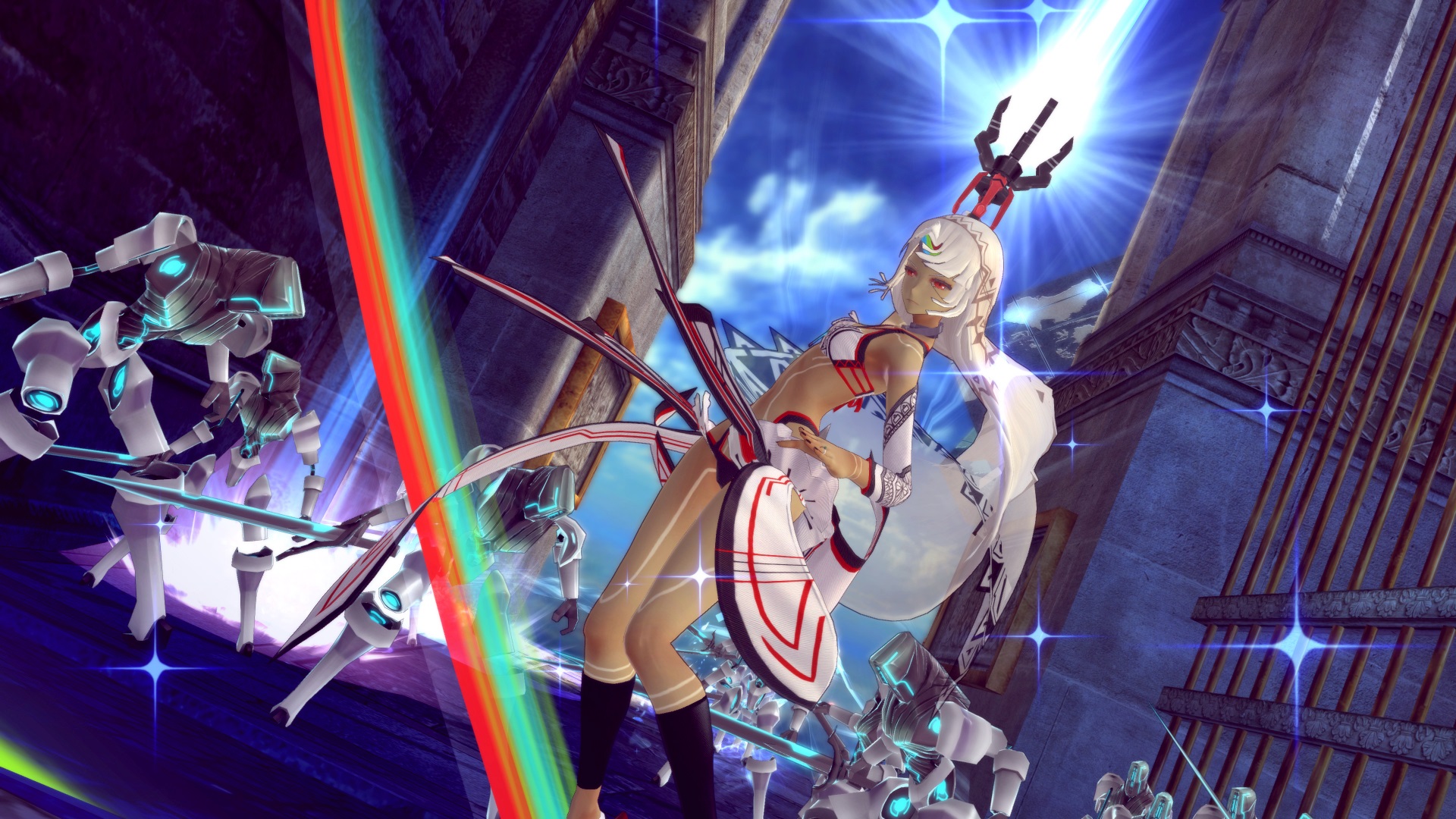 Even though the basic mechanics are there for a fun action title, there are some faults. First, the environments are extremely bland. Each stage has a motif for a background, but the actual regions are pretty much grey and red. The only time a true artistic style becomes to pop through is when the player leaves a region, zipping along on a predetermined line to another. Since the concentration will more than likely be on the hundreds of on screen enemies, the entire game isn’t ruined, but it does become noticeable over time.

The larger issue is that the formula for each stage doesn’t really change. In a Musou title, players might be tasked with defending a castle, storming another, triggering a landslide, setting a fleet of ships aflame, and more. Here, the fights are pretty much all the same, with some changes in tactics for a few of the bosses. Were it not for the fact that I enjoyed the story so much, I would be tempted to put the game down. Again, it’s not terrible, but clearing a few chapters can satisfy the itch this game scratches for a long time to come.

Players who really get into this title will have a heck of a lot to do, though. In addition to the lengthy main story, there are tons of extra characters to take on side stories. As players battle, countless skill boosts can be found and equipped. Master load outs, in the form of robes, can be crafted to allow for mid-battle healing and buffs to make the fighting easier, and there is a minor side mission of building bonds with the servants in the game. 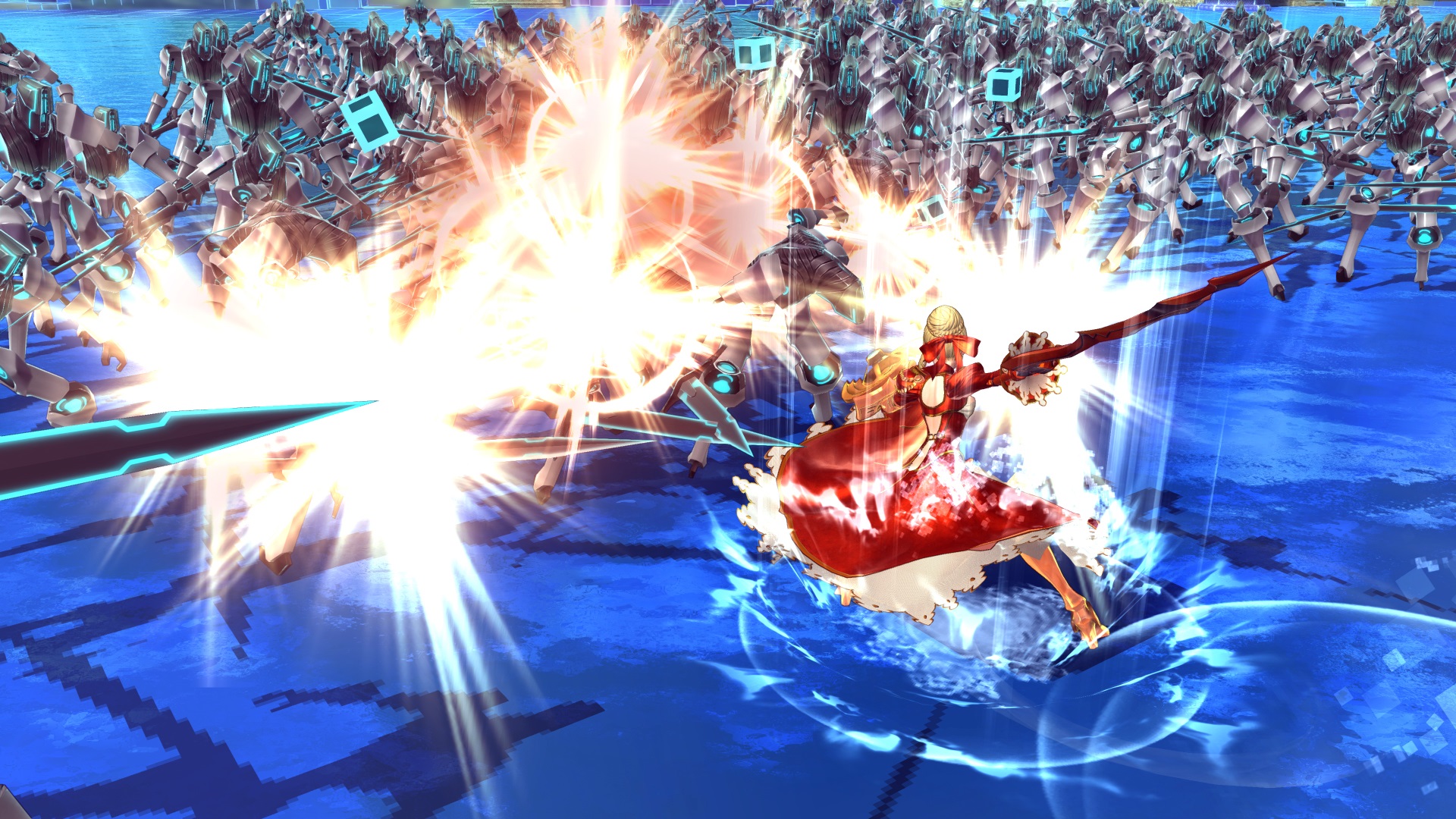 Fate/Extella: The Umbral Star has a title that makes as little sense as its punctuation to an outsider, but it serves as the glue that holds everything together. The actual game portion is well done, and fun in small chunks, but becomes a bit too repetitive for its own good. One can’t help but feel that series fans who devour everything connected to this series will love this, but the feeling that this same loyalty should be rewarded with more energy in design just can’t be shaken. Admittedly, there’s a lot to like here; Elizabeth Bathory is portrayed as a wannabe J-pop star and that would make young me cringe, which can only be a good thing. Others may want to stop and consider how much they want a sequel to Extra before purchasing.