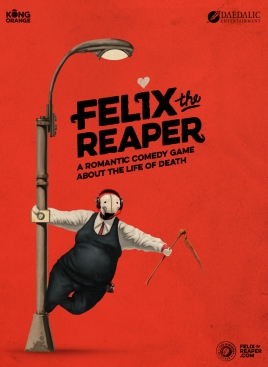 In some cultures of the world, death is nothing to fear. In some cases, death is even celebrated. Dia de los Muertos in Mexico is probably the most obvious example, where colorful skulls and skeletal figures are used to create a joyous atmosphere, as one should not remember a lost one with sorrow purely. We should remember these souls fondly, celebrating their lives and what they meant to us. It’s different takes on death such as this that forms the backbone of Felix the Reaper, the new puzzle game from Daedalic Entertainment and developers Kong Orange. In particular, how we view Death as a figure. Older drawings and paintings show them celebrating, even dancing with mortals at times. So why not build a puzzle game about a happy, dancing reaper? Would it actually work? Well, that’s what we’re here for.

Our titular Felix begins as an employee for the Ministry of Death, ready to begin his first day as an actual grim reaper in the field. Felix, though, has an unusual quirk that sets him apart from other reapers. Namely, that most times (if not seemingly all times), Felix will pop on his headphones, flip on his Walkman and begin continuously dancing. So he harvests souls while constantly busting out new dance routines. It seems unorthodox for a reaper, but Felix has reasons for his new job. Namely, he has a crush on Betty the Maiden, who works in the Ministry of Life. Hopefully, with superb enough reaping skills, Felix can grab her attention. So setting out to the surface with instructions from his higher-up (voiced by none other than Sir Patrick Stewart, surprisingly!), Felix is ready to reap and dance, chasing after Betty… 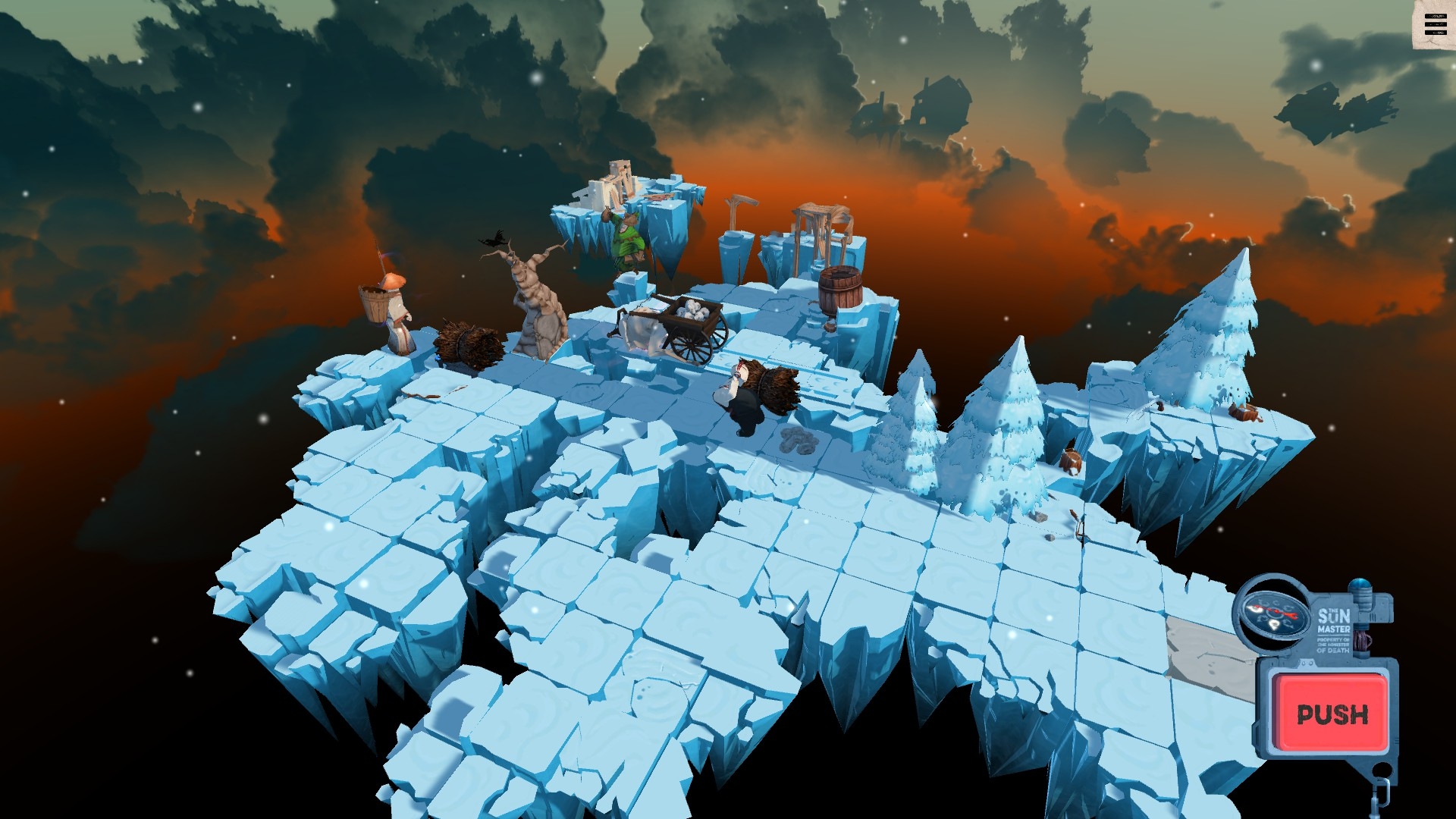 Felix the Reaper’s tale is divided up into five chapters, with the levels in each one revolving around Felix having to make various alterations in order to set the stage for the eventual death to be delivered to a particular target. So this means, say, having to move a car out the way in one level to get someone to notice a woman, which causes them to cross the street, then a level right after would have you pick up some oil and pour it to cause a car skid in their direction while crossing and other similar Final Destination-esque demises. To do this, Felix has to move around in order to set everything up, but there’s just one catch: he can only move in shadows. Meaning that he’ll have to work out a route across various grids that doesn’t let the sun hit him.

By “he’ll have to” I mean “the player will have to,” of course. Luckily, all reapers just happen to have access to a Sun Master that can alter the sun’s position, casting light from two different directions and creating different shadows. And on top of that, objects like crates and piles of branches can be picked up and placed elsewhere as well, both clearing a path and allowing for additional shadows. Not to mention teleporters or switches that can move cars, flags and other parts of the scenery. The end result is a delightful challenge that reminded me of old-school puzzle games (like Kwirk, to name the first example that popped into my head), where every level is an elaborate maze of sorts that requires planning, trial and error, experimentation, backtracking and more in order to solve something deceptively simple. 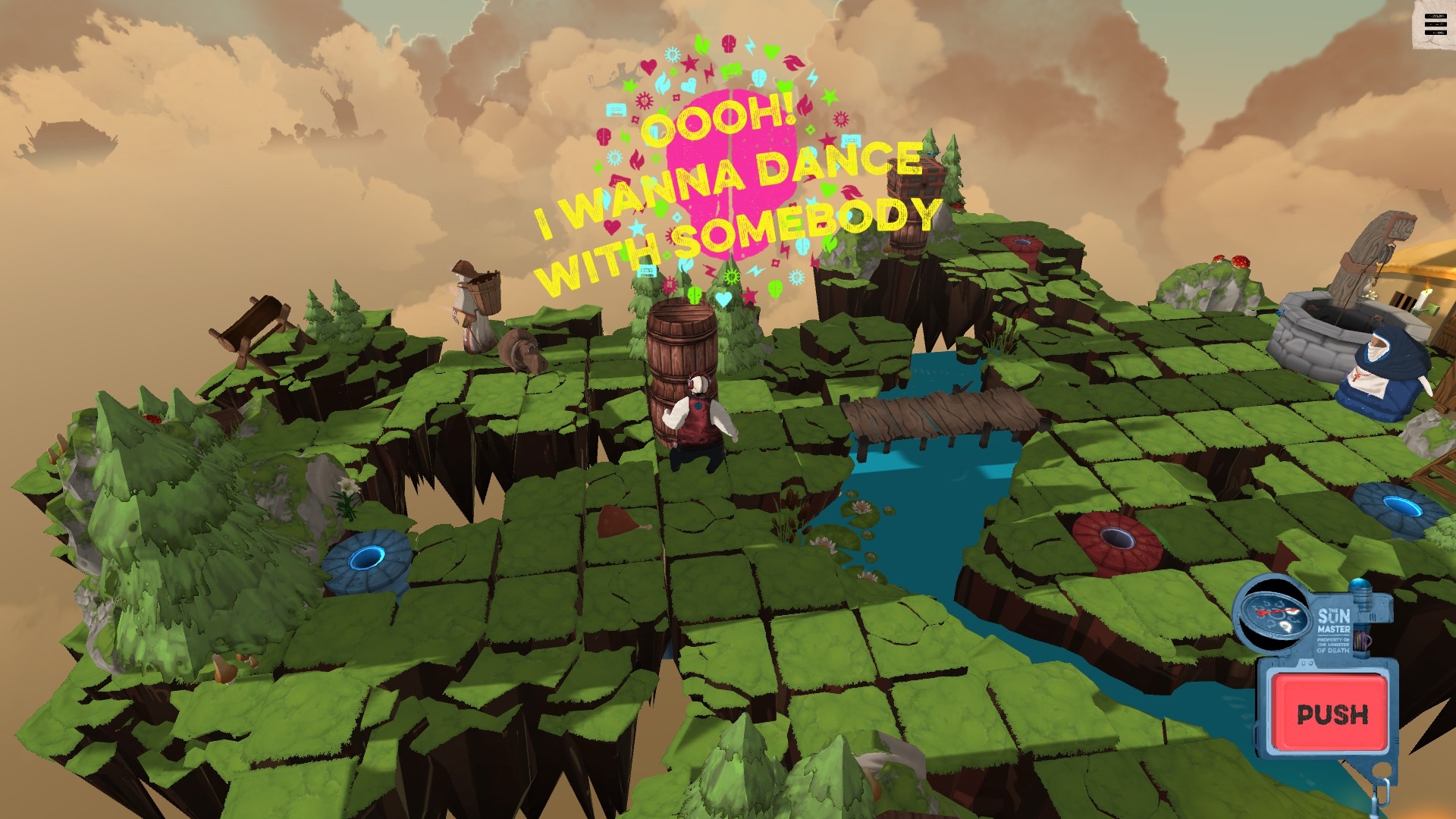 These mazes of sorts in Felix the Reaper are indeed masterfully designed. There are a few mechanics that could be explained a little better (such as how certain objects can be stacked on top of other objects and specific scenery), but it’s your classic case of “easy to learn, hard to master.” Each level typically starts out with one or two moves that you can make, then once you bypass the first obstacle, things begin to nicely open up. It can feel a bit tricky now and then when you’re moving objects all around, trying to create a shifting path of shadows that still moves you to the goal, but hitting a “Eureka!” moment is always rewarding. It helps that every major step/milestone is actually marked with a sudden burst of fireworks and a cute message, letting you know when you’ve progressed.

Controlling Felix is also easy and enjoyable as well. You can use either a controller or a mouse and keyboard, and while the controller option is well done, if slightly awkward when moving due to isometric views and shifting cameras, I chose the latter for something more easy and precise. There are a few moments where I had to wrangle the camera around because there was the occasional moment where the game had trouble noting exactly what space I wanted to move an object to, but it still worked fine, especially when it came to moving Felix around and having him navigate large paths or place objects distances away with a single click. 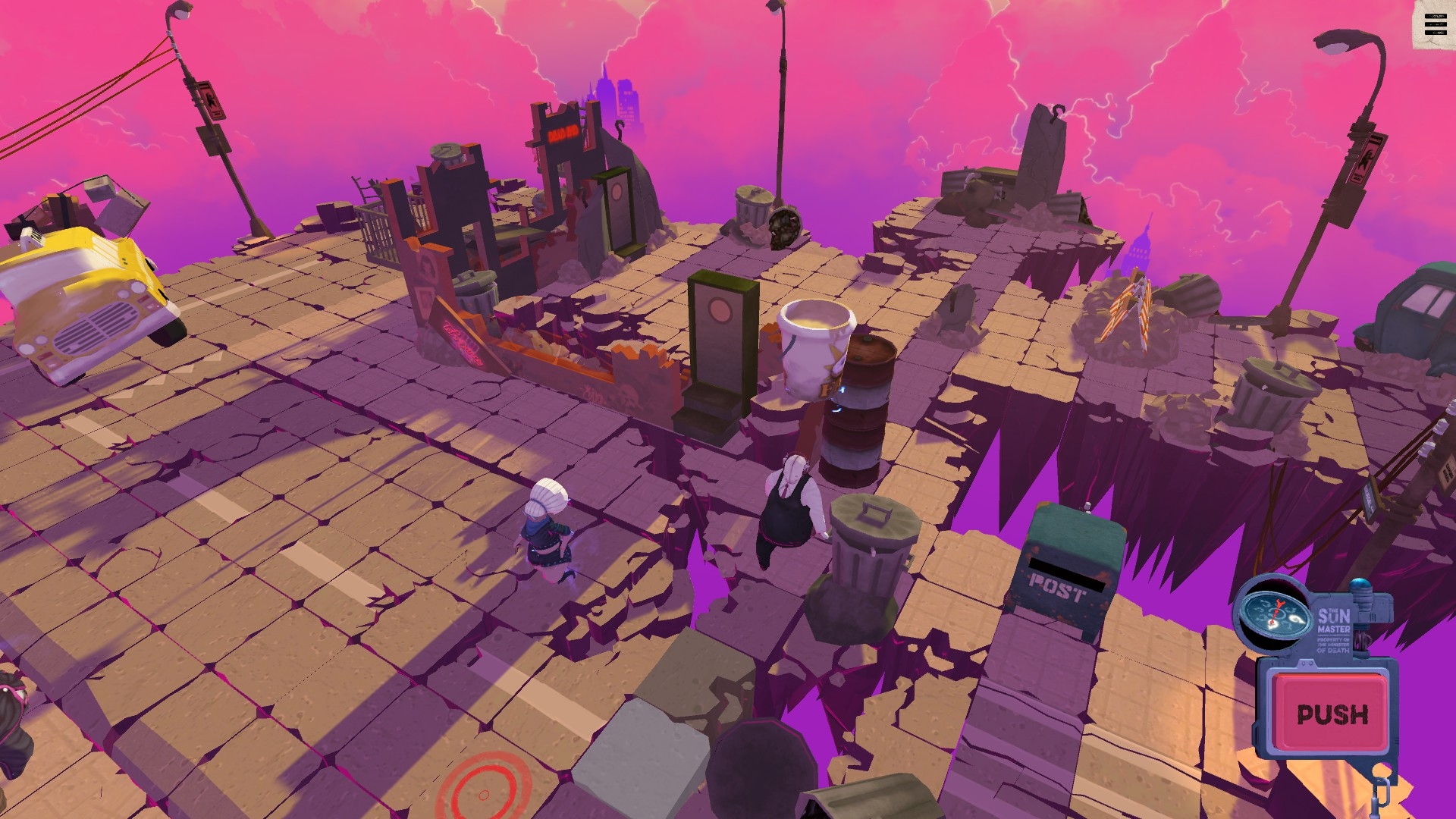 And Felix moving around should be emphasized, because Felix and his dancing makes up one of the game’s biggest highlights. For one, Felix’s chubby design, cute face and joyful attitude put him right up there with the chibi Unruly Heroes cast and the Genies as one of the year’s most unbelievably adorable characters. I mean sure, he’s leading people towards a gory fate, but d’awwwww, just look at that face! And then there’s the animation, which sees Felix dancing 24/7. Whether Felix is still or on the move, he’s always gyrating, flipping head over heels, removing his head when getting into it and more. It makes sure that even though he doesn’t utter a word, Felix has a ton of personality.

Unsurprisingly for a game with an emphasis on dancing, the music in Felix the Reaper is also tops as well. Felix’s walkman has a nice array of synth tunes on it, leaning towards a late ’70s/’80s dance vibe, and it works perfectly, always giving off supernatural tones while being perfect for dancing. In fact, the game has bonus materials that highlight the musicians, the real-life dancers hired for Felix’s choreography and even entire essays on the history of Death as a figure and our depictions of them throughout history, from the conception in the tenth century and the obsession of them in the Middle Ages to the Iron Maiden albums and Terry Pratchett novels of modern times, all so that players can have a deep understanding of the game’s various inspirations. This was all truly a labor of love. 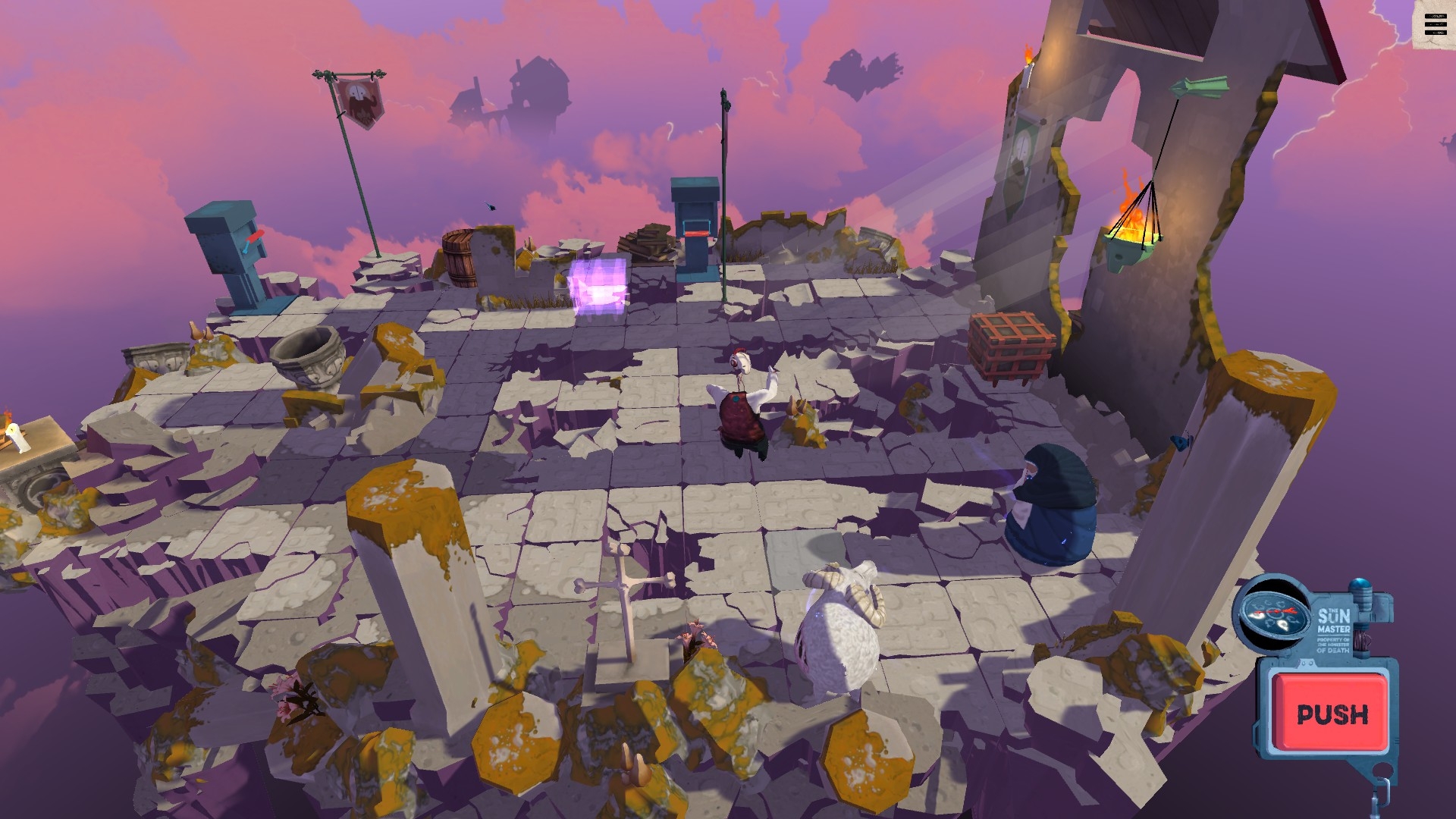 This all does make me wish that more of that love went into crafting more settings, though. Going by various promo materials, you may be inclined to believe that Felix’s adventure sees them hopping all over history. Sadly, we only get three chapters in the fifteenth century and two set in the 1980s in the end. Mind you, there are longer tales spread out across them (which nicely fit a romance theme), but it still would have been nice to see Felix throughout more periods in history, since while the graphics and art style look impressive and colorful, with each level being a floating chunk of scenery frozen in time, with cracked sections and debris blocking the way (although this led to at least one moment where I didn’t know a space with a crack could be walked upon), they could use more flavors to showcase the game’s potential.

And since you may have noticed that Felix the Reaper only has five chapters, you may be under the assumption that the game is a bit short. Rest be assured, this will not be the case. Aside from the levels themselves posing a deep enough challenge that it’ll take a while to figure out the solution, it also has unlockable Hardcore versions of the regular levels as well, where not only are the options for hints and even the one that shows you the level goal both turned off, but you also have optional coins to collect during all of that. And then there are the skulls you earn by completing levels under various conditions (rotating the sun as little as possible, making as few moves as you can) which unlock even more levels and challenges, namely the Time Trials on top of all of that. So you’re going to be here a while. You may not even get around to completing one hundred percent until you die, one could say. 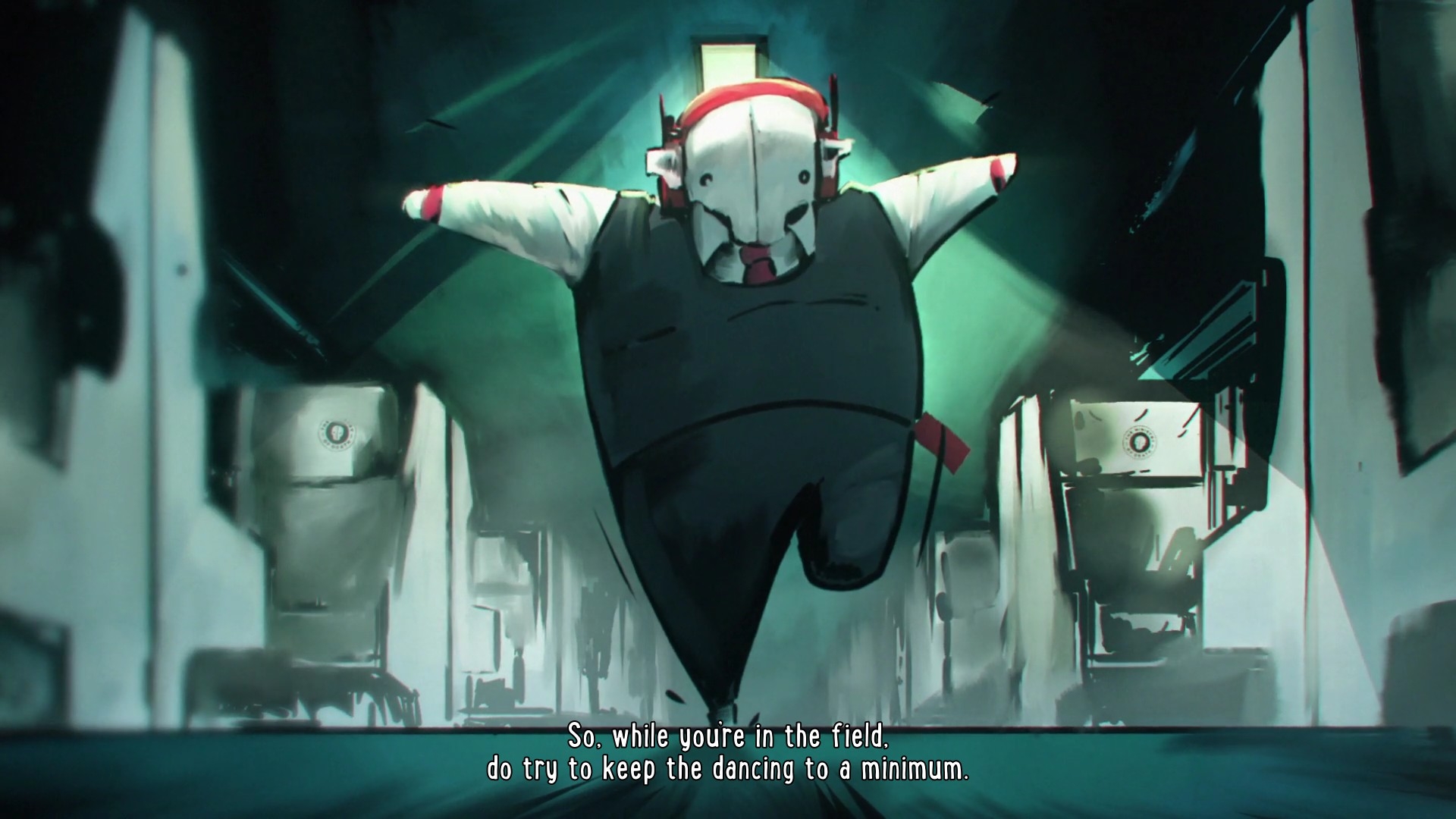 While it has its occasional little issues here and there, Felix the Reaper stands out as one of the year’s best puzzlers. Felix himself may easily lure you in with his charming appearance and cute design, along with a colorful world that he inhabits full of morbid humor and terrific music, but once you’re in, you’ll find a highly challenging game with superb, rewarding gameplay that will have you tearing out your hair one minute and cheering in delight the next, like any good puzzle game that puts up a fight. If death should indeed be considered a joyous occasion, then Felix appropriately brings along one delightful party via his game.