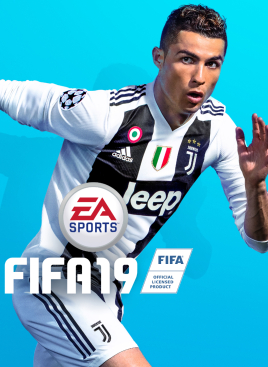 Just picture the idea of Juventus vs. Paris Saint-Germain in the UEFA Champions League final at the Estadio Metropolitano. Unsurprisingly, the cameras would focus on Cristiano Ronaldo, whose move from Real Madrid to Juventus in the summer sent shockwaves throughout the world, and what the all-time record scorer in Europe’s elite competition will once again do on the big stage. There would be quality oozing from both teams on the pitch, plenty of fast-paced action, heart-stopping moments and nail-biting fans on the edge of their seats. While the real-life final for this season’s competition is far away, this is the reality that FIFA 19 creates the moment that players load up the title, with EA Sports finally realizing its own dream of capturing the Champions League for its franchise. It feels authentic to see the Champions League and not some cookie-cutter competition in its place. From beginning to end, the cinematics in the Juventus-PSG match is a fantastic sight to behold. It’s a big step forward for EA to hold the Champions League license after Konami ended its partnership with UEFA in 2018 for the Pro Evolution Soccer franchise, but does that finally mean that FIFA 19 has solidified the series as the undisputed king of the soccer world?

Gameplay for FIFA 19, similar to previous installments, has been heavily tweaked. In some cases, the changes are a welcomed addition and create a seamless experience both on the pitch and off it. When players prepare to switch their active free-kick taker, the selection screen will now bring up the picture of other teammates and a side-by-side comparison of their stats. There is a deeper level of formulating tactics through the introduction of Game Plans, which allows players to create different play styles with formations and tactics before kick-off. Players are able to swap between them during a match using the directional pad, going from ultra defensive all the way to ultra attacking. It’s a significant improvement to FIFA 19, especially when previous FIFA titles allowed players to use one of these options and yet they had no control over how it changed their team’s style of play. Ultimately, FIFA 19 disappoints on the pitch with its shooting mechanic, which makes it difficult to pull off an actual shot in the simplest of positions. While the tempo has been slowed down on the pitch to create a more realistic experience, passing the ball is frustrating when it’s aimed directly at a teammate and somehow ends up going in a different direction. In fact, it’s coupled with a poor AI that has been longing for a major revamp for many years. 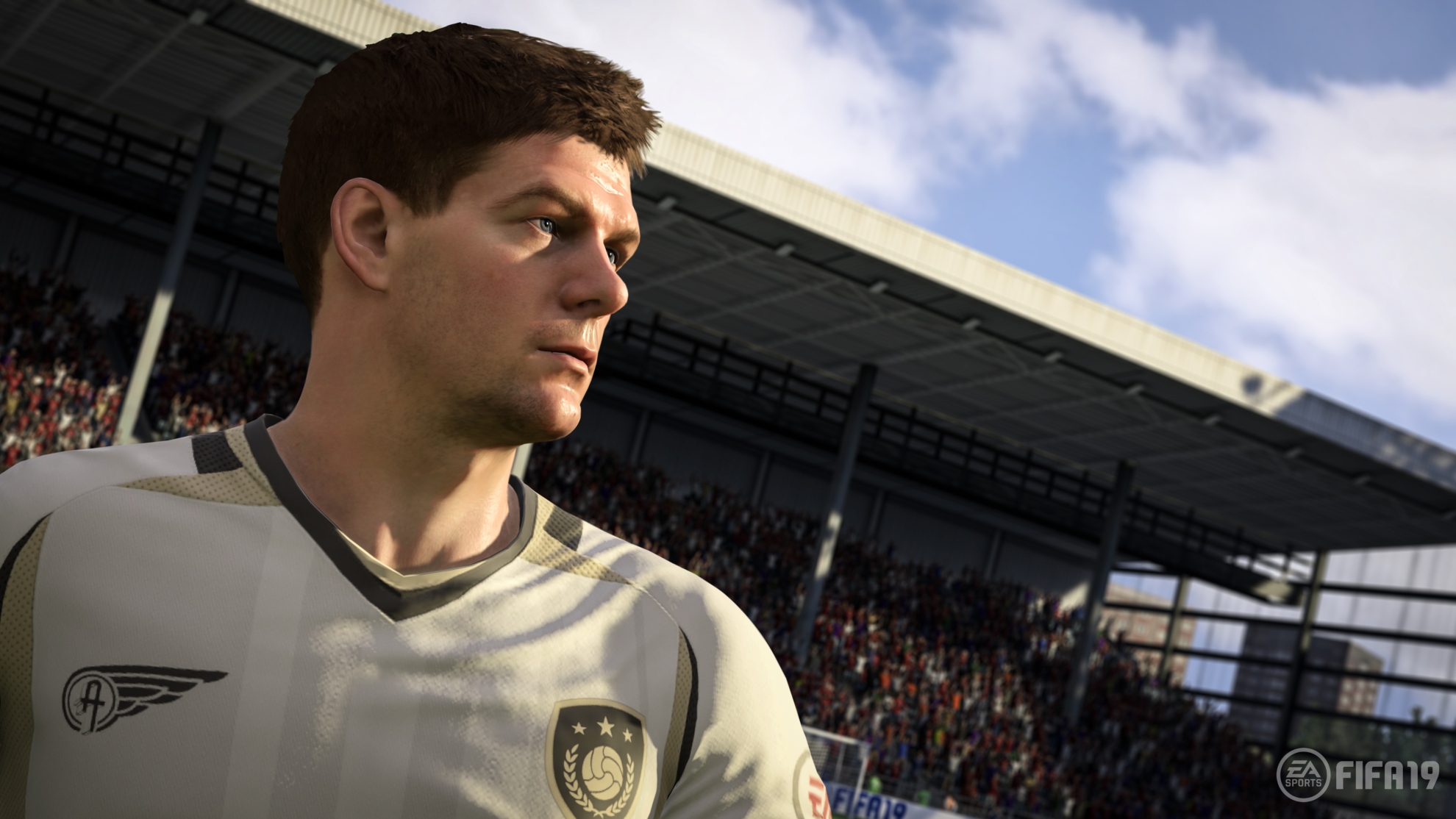 EA has spent plenty of time refining Ultimate Team up to its current form, with some slight changes introduced to the popular online in FIFA 19. Players are now able to sort new items into a quick sell pile, sending them to the transfer list or moving them to their club, improving efficiency and organization all at the same time. There is even a nice addition where the scorer’s Ultimate Team card will appear on the pitch when kick-off is about to resume, while EA has also added the new Team of the Week to the initial loading screen for the mode. One of the biggest changes comes in the form of chemistry, with it being a long overdue addition. Players can now see how an individual card is affected by their chemistry links, resulting in either a bump in their stats or falling below their expected potential. It is at this point where all the pros end, though. For anyone who has played FIFA 18, they will find the entire experience similar in terms of online matches and other modes. It’s more frustrating for returning players, mainly for how they will have to sit through a carbon copy tutorial featured in past titles rather than being able to skip past it.

For any returning FIFA fans looking for major changes in the career mode, it will end in complete disappointment. The Champions League, which EA tooted as its focal point throughout FIFA 19’s marketing campaign, is a wonderful sight to see in career mode, creating an experience its predecessors could only have dreamed of. But that’s where the big changes end, though. Sure, there are minor changes that include the removal of the countdown timer when different footballers are put through training drills, but there’s not too much praise elsewhere. In fact, it shows a lack of care to change the complexion of the mode. The dull transfer negotiation cutscenes return, with the novelty factor completely fading away now. EA has altered the music during these cutscenes and added a blue background color behind the text, highlighting the little effort put towards improving this feature. What is deeply disappointing with career mode is when players are greeted with the same avatars to choose from for their club’s manager, leaving much to be desired for the lack of customization. 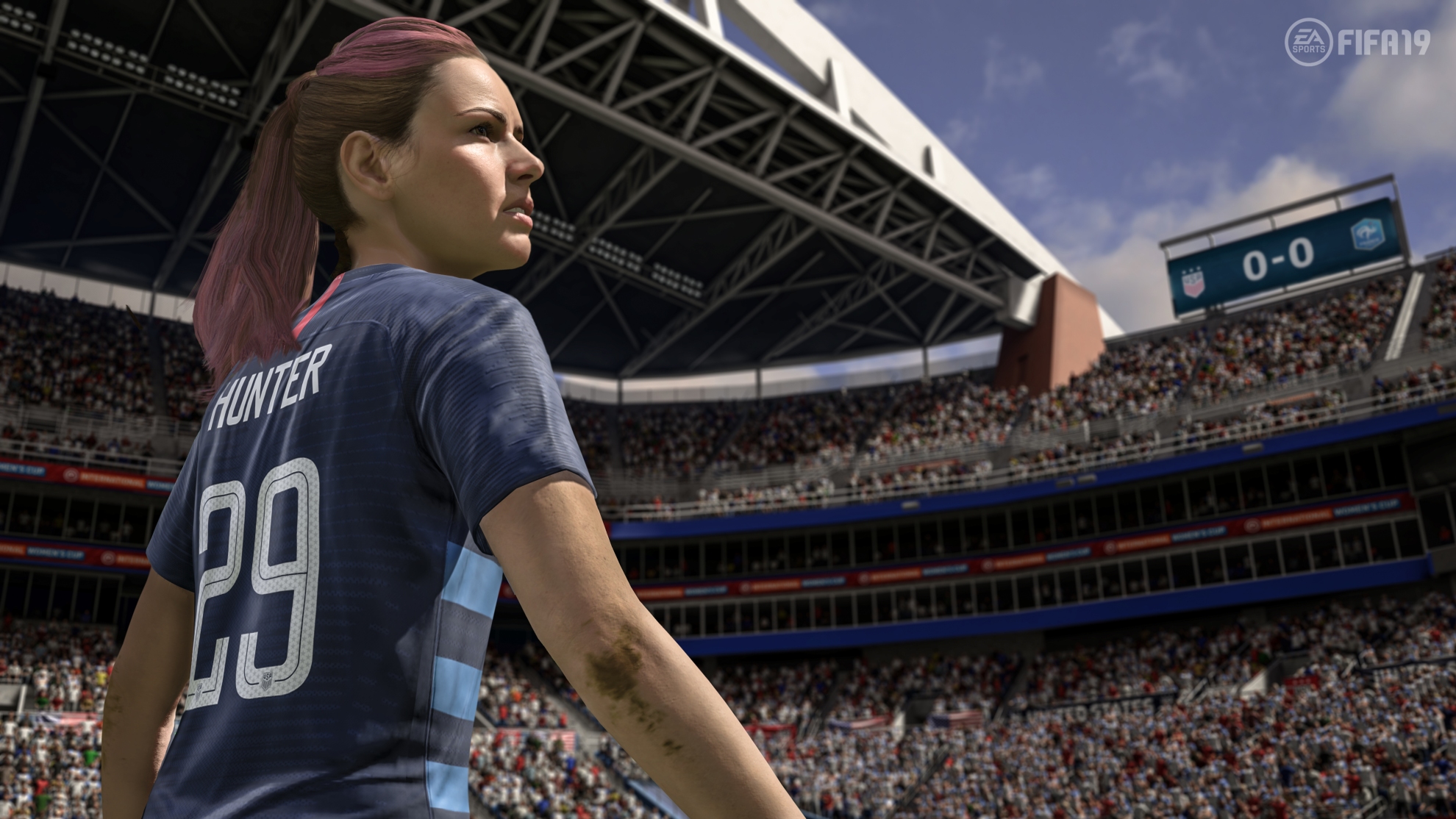 The Journey, which was introduced in FIFA 17 and subsequently returned in FIFA 18, heads into its third and final entry in FIFA 19. Players follow the story of Alex Hunter, Kim Hunter and Danny Williams, each one entering a different stage in their respective careers. Alex is chasing his dreams of capturing the Champions League and lands a dream opportunity to move to Real Madrid; Kim is trying to break into women’s football with the U.S. national team; Danny is trying to salvage his football career. All three stories are intertwined, allowing players to switch at any time between the characters, though it will impact the natural route the narrative is meant to unfold.

The Journey has a fantastic opening and carries over decisions from the two previous stories well, though it can be difficult for newcomers to feel immersed with Alex at this point in his career. Players have decent levels of character customization and different ways to improve each protagonist’s skills and traits, including hidden objectives to be discovered and playing alongside ‘mentor’ teammates to build a connection with them. Alex, however, has a story that is straight out of the cliché book — the same can be said for Danny — making it difficult to keep a vested interest in The Journey. 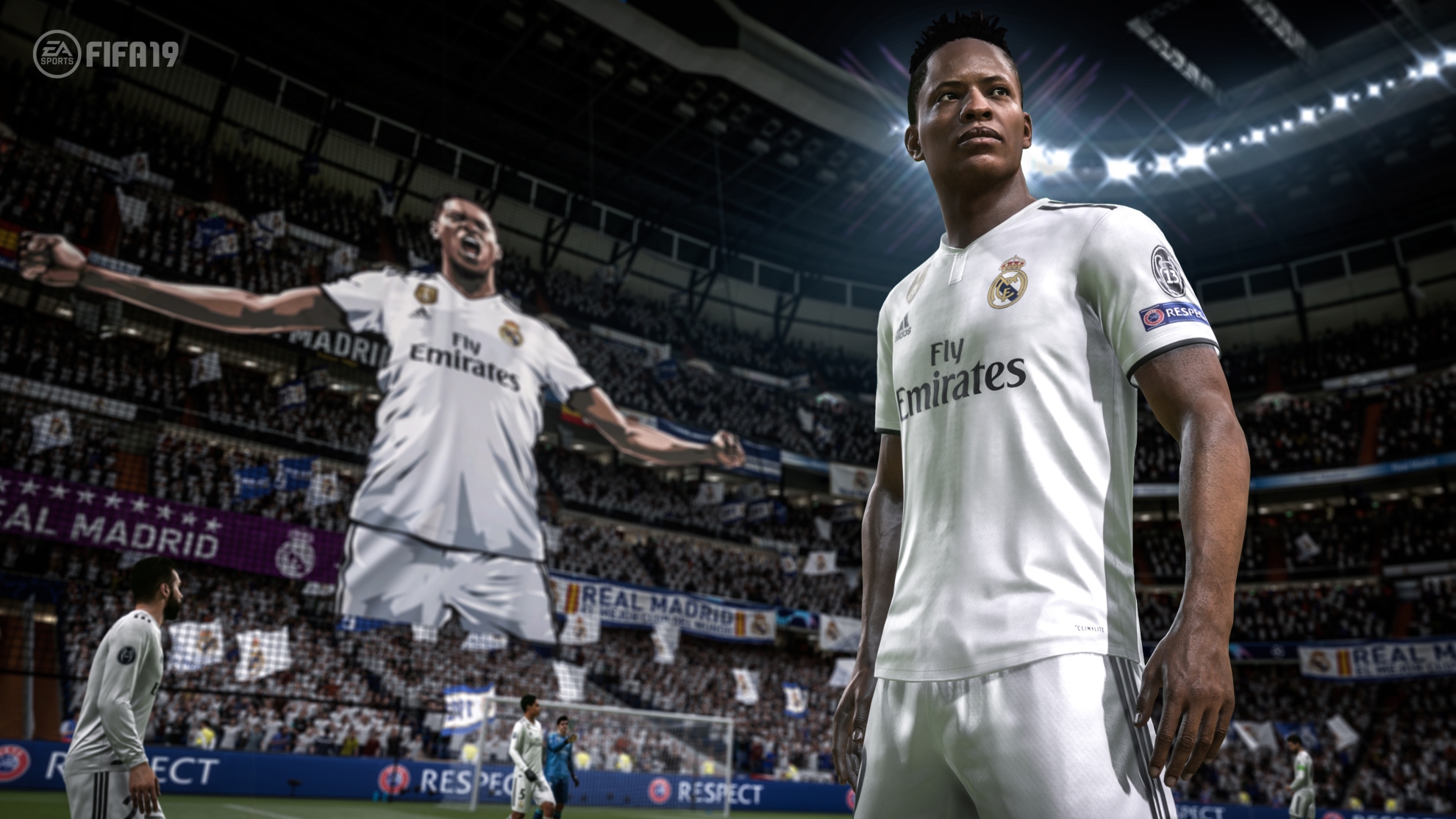 FIFA 19’s online functionality remains a sturdy choice for those who love the head-to-head competitions with other users — much like the competitive nature of the sport — but the other changes outside of the Champions League are minor. The true nature of the series is seen through the return of its rehashed commentary, which does more to detract from the experience than create an authentic atmosphere surrounding a match. There have been a few new lines recorded to make certain points topical around a club, manager or player, but then it falls back down an all-too-familiar route. Different comments might not sync up with the action on the pitch, only to raise a player’s eyebrow when they hear it. When players focus on this one aspect alone, it reiterates the same narrative of the FIFA series to wave around one major addition in a new installment — the Champions League in this case — and not shake up areas that completely shatter the illusion of feeling like a fan watching an actual soccer match.

Despite some of its noticeable flaws, FIFA 19 boasts impressive visuals that EA has only continued to improve with each new installment. Players continue to look more realistic, seeing real-life managers react on the touchline after the ball has been knocked out of play is amazing and playing in actual club stadium only reinforces how far the series has come in this aspect alone. Granted, there are some occasions where the frame rate might drop and a couple of bugs where the visuals are undermined for a moment or two, but it’s not enough to detract from the experience that players will feel in almost any mode. Of course, no FIFA title would be complete without a soundtrack containing a wide selection of excellent licensed tracks — and FIFA 19 is no stranger to continuing on that tradition. 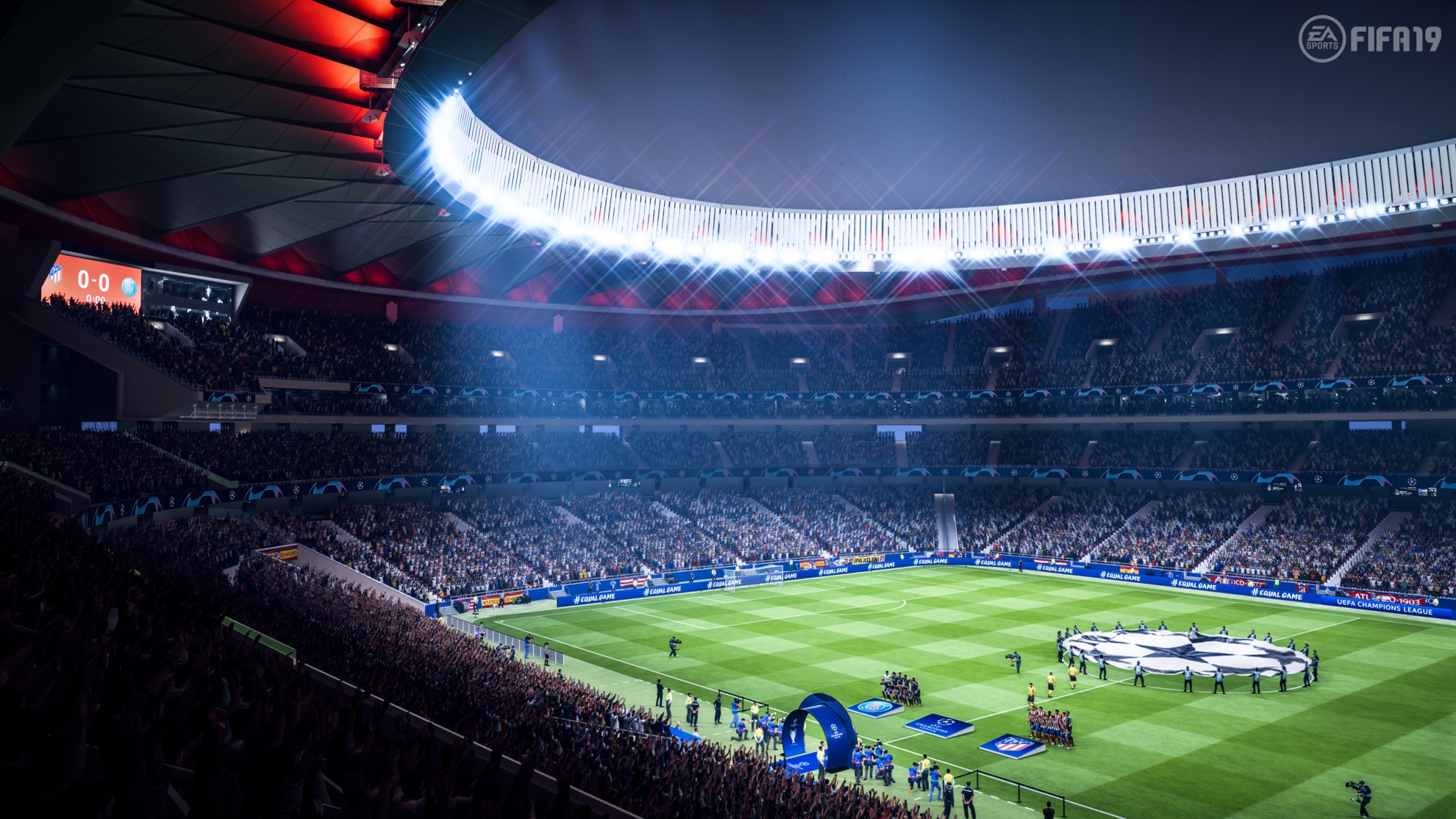 FIFA 19 is an impressive continuation of the series, which tweaks the experience in different places and once again offers players a plethora of modes to enjoy. The Champions League was always going to be EA’s biggest attraction — and rightfully so in many ways — with it integrated superbly into the title and creating a surreal atmosphere during different clashes. What is disappointing about this FIFA installment, though, is the developer sticking so close to the established formula that only a few real changes are evident, raising questions behind EA Sports’ annual release for the series. If soccer fans weren’t too concerned about Europe’s premier club competition, then they wouldn’t miss out on a whole new level of innovation if they chose to skip out on the latest installment. FIFA 19 falls short of crowning EA the title of undisputed champion of the soccer world, though it’s the right stepping stone for the next installment to be bold enough to push the franchise in a new direction.