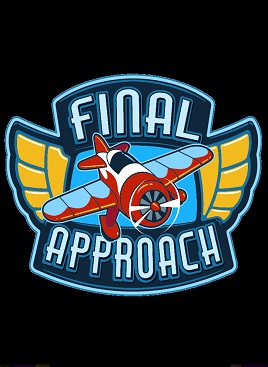 With VR having been available for a bit, a particular trend in the releases of available titles has begun to solidify. Wave based shooters and some space games have basically ruled the roost. These can result in some interesting experiences, like Elite: Dangerous‘ well realized conversion, but the majority of early software has been banking on the novelty of presence to sell a copy. Phaser Lock Interactive handily sidesteps the trend, releasing what is still one of the best titles for the platform in Final Approach in both the regular and Pilot’s Edition of the title.

In the regular edition, the player is cast as an air traffic controller with almost godlike powers. It starts simply enough, with players pointing at an aircraft and mapping a safe landing path, occasionally beaming down to the runway to put out a fire or scare off some gulls. Giving it some time, though, reveals a game with a fantastic variety of plates to keep spinning. Burning planes need to be set down, luggage must get sorted, aggressively malfunctioning drones must be shot down, and alien mind controlled craft need to be bombed before they take off. The magnitude of tasks are introduced at a slow enough clip that it’s manageable at first, but matters can quickly spiral out of control. Should too many disasters occur on the player’s watch, as represented by a “Karma Meter,” the mission will end in failure.

A large portion of the problems can be mitigated if the player is diligent about keeping a constant watch on everything. Storm clouds will randomly strike passing aircraft, setting them on fire. This can be avoided by directing them to take a different course. At the Metro airport, various four wheeled vehicles work their way around the airport, performing different tasks. As these operate under the impression that they have perpetual right of way, and enjoy playing chicken with jumbo jets, the player will need to be mindful of this while directing taxiing plane. While this latter might seem like poor design, it doesn’t feel that way in play. Instead, it comes across as another aspect of challenge in a well balanced and designed game. 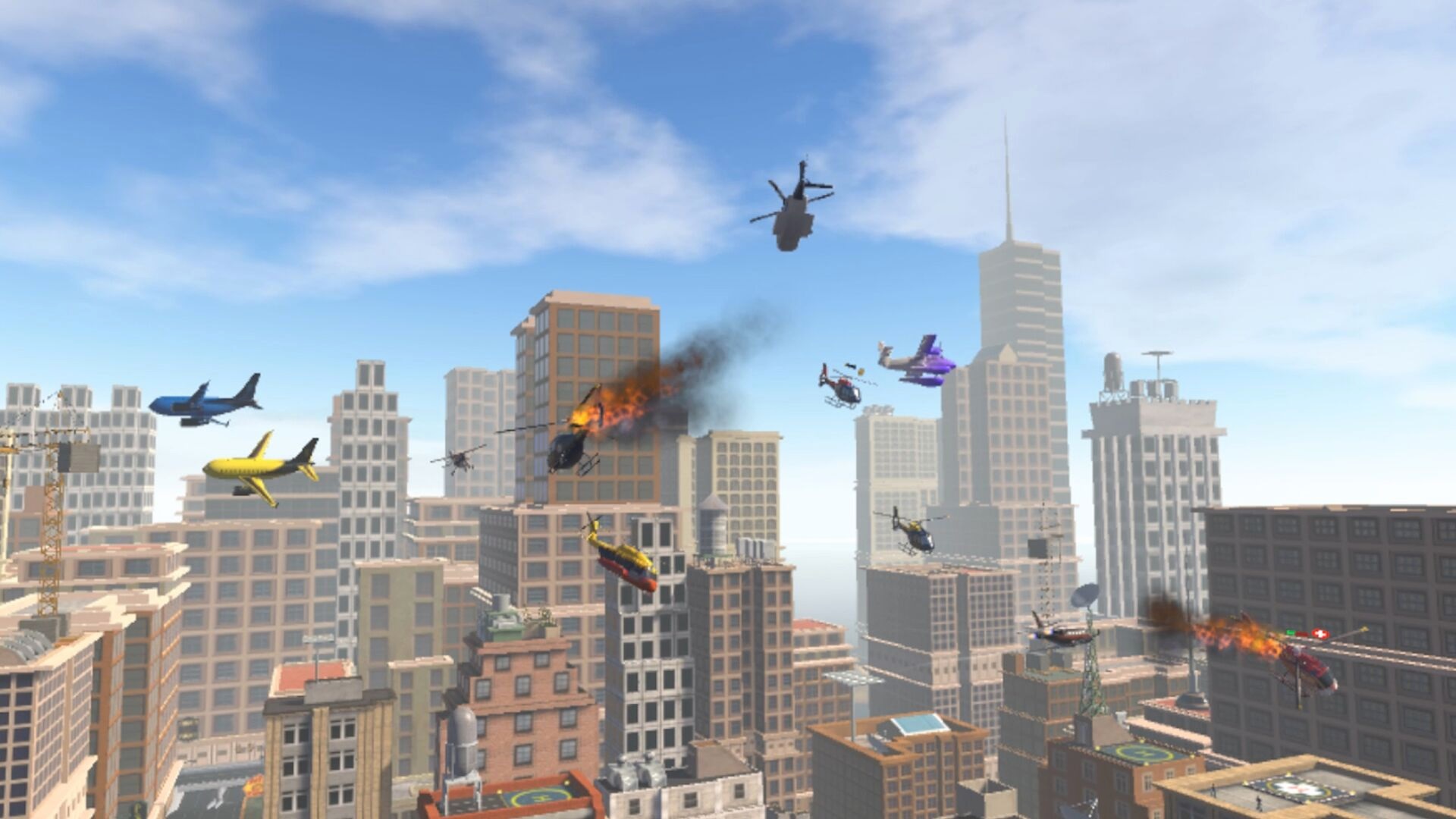 The quality of this title’s nuts and bolts shows through during the entire game. Because of the breadth of activities that must be handled in quick succession, all while keeping the airspace clear, each stage receives a separate introductory mission where every facet of what is expected is established in a fashion that foregoes feeling like a dull tutorial. These missions successfully build upon what was taught before, keeping these scenarios from getting too tedious. As the game goes on, players will then be tasked with running the show completely, forcing a continual balancing act.

There is also an intelligence to the design that deserves notice. Motion sickness can become an issue in VR titles, something that developers are still trying to surmount. Teleportation has become the de facto locomotive solution for the time being. It works, but it also hampers immersion. Phaser Lock Interactive has decided to skip worrying about that with the way the player is cast as an eye in the sky. Needing to click on a problem spot feels natural. There is no worry about placing the destination point properly, angling it just right. The way that this is implemented, so that it feels like a feature rather than a concession to comfort, is just plain smart.

This all covers the regular edition, primarily, as it is where I spent most of my review time between the two versions. This isn’t to say that there is anything wrong with the Pilot’s Edition. The primary difference is that the latter is designed to be a seated experience over the original’s room scale gameplay. Looking around allows the player to select the needed spot to warp to as well as select an aircraft to control. Instead of drawing the path, the player needs to directly land the craft. This isn’t terrible at all, and serves as a great way to play the title for people without room scale, or folks who just want to chill. Still, I prefer the original format, with the motion based controls. There is a bigger feeling of investment in the world, despite the fact that the player is kept more distant. 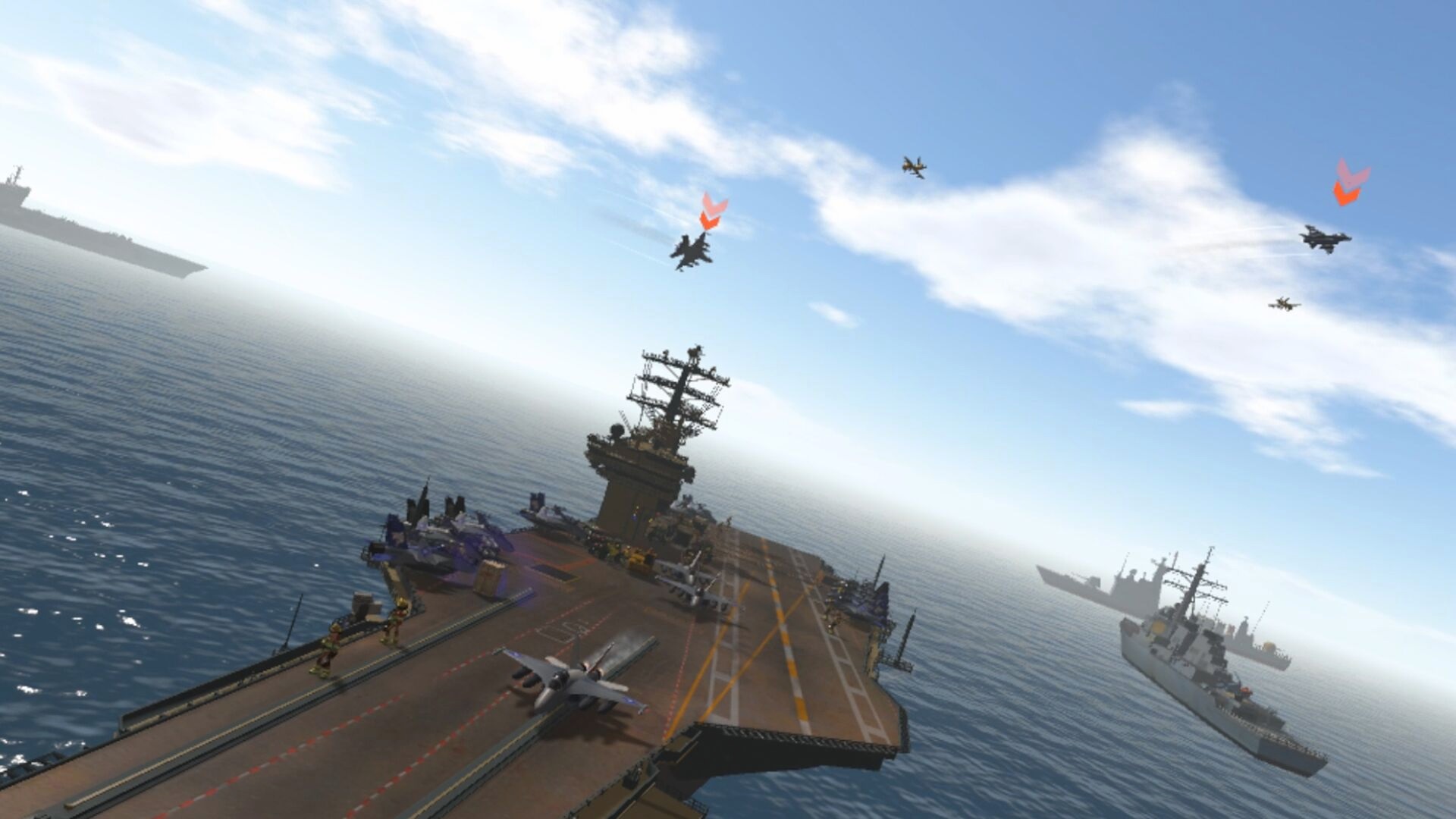 Final Approach, in its original and Pilot’s Edition incarnation, is one of those surprises that sounds silly on paper but works extremely well in practice. Taking a concept that first brought mobile gaming to the attention to the general populace (Flight Control) and bringing it to much beefier hardware was one thing. The barely contained chaos and sheer variety of things to do keep Final Approach interesting. It’s action packed while still being family friendly, all while offering a lengthy campaign. The fact that the scoring system keeps the missions replayable seals the deal. Phaser Lock Interactive has released one of the best games for VR.