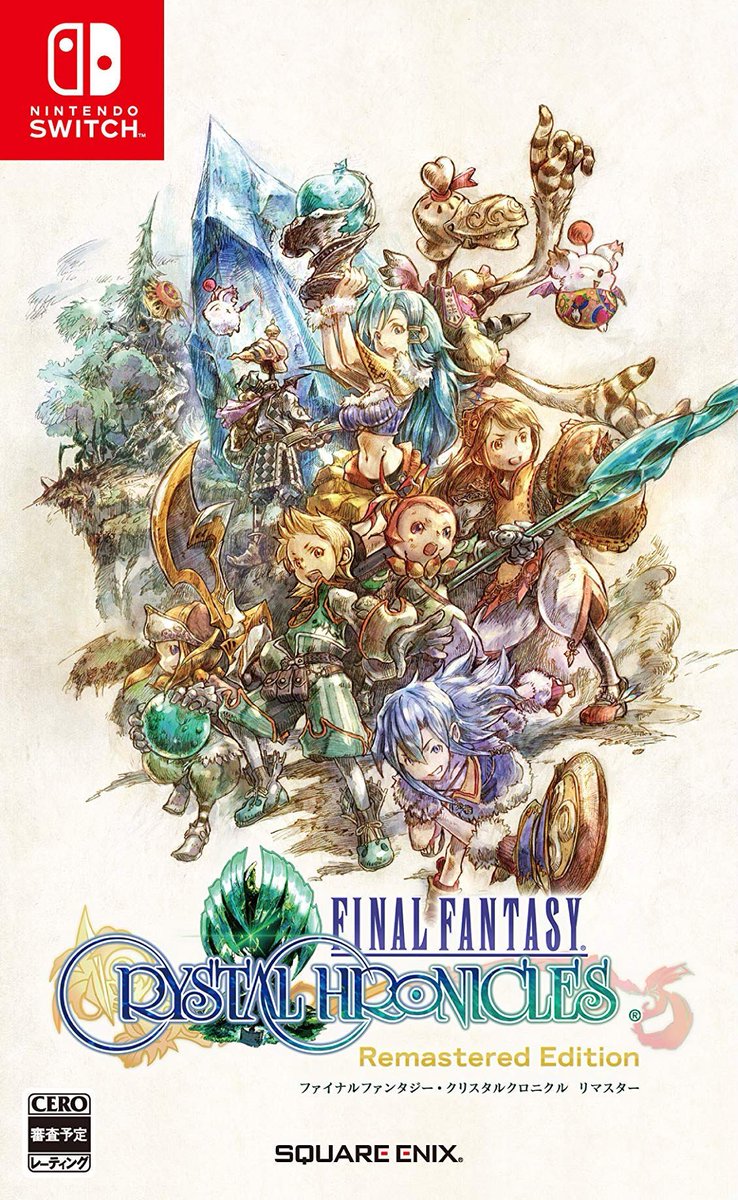 Although Final Fantasy is no stranger to spin-offs in their series, Crystal Chronicles is one of the earliest titles in the series to move away from turn-based combat in favor of an action-based approach. The title would release on GameCube to positive reception and a unique way to play with friends using the Game Boy Link Cable. This series would go on to see multiple sequels and new entries that all had similar premises with different mechanics and twists along the way. Now the original is back after a seventeen year absence, but is it just as good as players remember?

The basic story of Crystal Chronicles is a simple one. The world has been covered in a thick miasma for as long as anyone can remember and the only way to stay safe from it is to rely on crystals that have been infused with myrrh. Villages all over the world rely on these giant crystals to keep themselves safe, but eventually their myrrh begins to deplete. In order to keep themselves safe, each village sends out caravans of brave fighters to collect myrrh from special crystal trees and bring it back in order to continue living a safe life year after year. While a simple premise, the story is expanded through various interactions that caravans meet along their travels that begin to slowly unravel a bigger picture going on than first meets the eye.

There are four different races players can choose from, with a total of eight caravan spots allowing them to have multiple characters in one save. Each race has pros and cons to their stats such as the Yukes having a higher magic affinity and the Lility being the strongest attackers. There are no levels with traditional stat increases and instead players only get stronger through weapons, armor and artifacts gained from completing stages. Artifacts act as stat increases and ways to gain addition hearts, command bar spaces and eventually some rare items. Combat itself is straightforward with each character having a basic 3-hit combo they can pull off with correct timing. Players manage their items from their command bar, which at first starts small but can be increased over time. By pressing the triggers, players can freely scroll through their command bar which allows them to switch to defending, using an item or even pulling off some magic. It’s a system that takes some getting used to at first as players have to quickly switch between their command bar to do any action, but it’s one that fits well with the pace of combat. 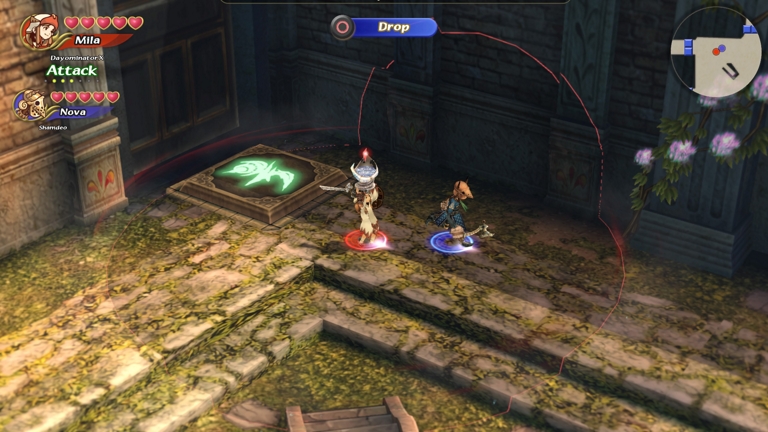 Crystal Chronicles is most akin to a dungeon crawler in its overall level design. Players explore large stages fighting enemies, collecting items to heal or make themselves stronger and finally ending on a climactic boss fight. Each of these stages is filled with miasma and the chalice players carry gives them a round area of safety. This chalice must be carried through the whole stage and has to be put down in order to attack, leading to the need for strategic thinking. Fortunately when playing alone, there is an NPC ally to help carry the weight. In single player caravans are accompanied by a moogle by the name of Mog. He helps out by being able to life and carry the chalice, with the downside being he occasionally gets tired and asks for a break. He makes small commentary throughout the stage and can sometimes help cast spells, but otherwise is just a tag along to carry the chalice. In certain moogle houses players stumble across Mog can have his fur painted or trimmed which at first may seem merely cosmetic, but actually plays a small role in his abilities. Having his fur long helps him hold the chalice longer in cold dungeons, while trimming it aids in hotter areas. There are three main colors Mog can be painted, and depending on how he’s spray painted, actually persuades which spell he’s likely to cast based on the color. The color slowly fades over time, or can be washed, along with his fur which will grow back after a short while, but it’s a nice way to encourage players to get Mog to help while playing along.

Magic works a bit different in Crystal Chronicles than most other Final Fantasy titles, requiring no mana and being able to be used endlessly once obtained. The key exception being that players must first find the correlating magecite in each level to use magic, and it disappears once that level has been finished. Each magecite takes up a command slot, and combining certain types of magic can even create fusion attacks like Gravity or Holy. Players using magic in multiplayer can also cast spells together to create similar, or stronger, fusions. Some races take better to magic and are able to cast faster or stronger, but even just having Cure can be helpful to any adventurer when in a tight spot. 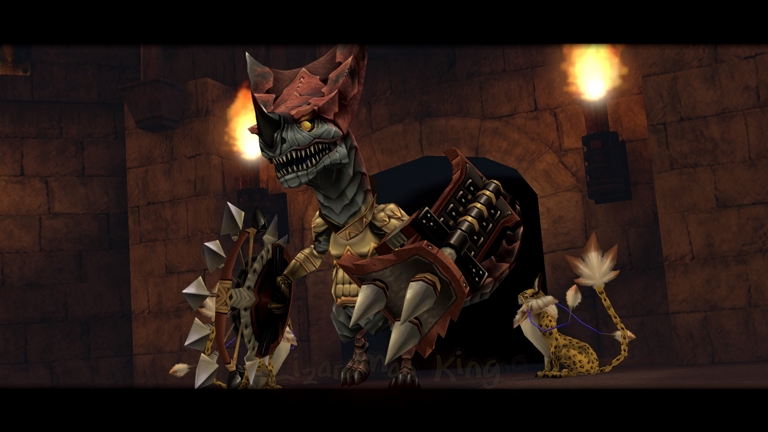 Multiplayer was only playable on one console back in the original GameCube days, but the Remastered Edition brings new life to it with online capabilities. Players across all platforms can team up and take on dungeons, which given the somewhat grindy nature of the title makes it go by much more enjoyably. Connections will depend on whoever the host is so experiences will vary, but quests are easy to jump in and out of with friends or other random players with open rooms. Up to four caravan players can team up, with multiplayer removing Mog in favor of the team needing to work together in order to carry the chalice. Items players find are almost all instanced, with the exception being magecite which is only available for one person to pick up. This means magic distribution will need to be considered when playing online to assure the best results. Players can send pre-set messages to one another in order to communicate where to go or how to handle situations together which is nice when not talking directly to one another over voice chat. The only drawback to online is after a dungeon is completed the only immediate option is to replay the dungeon again. This can be nice if players need certain items from it, but it would also be nice if the host could freely switch between dungeons without having to back out and restart the room.

One of the newest additions to Crystal Chronicles Remastered is the inclusion of voice acting. The original didn’t have any for its characters, but now many lines are fully voiced during cutscenes and villagers will make little grunts will spoken to in towns. This wasn’t a necessary addition but the voice acting is nice across the board, and while those familiar with the original might find it jarring at first, it’s nice to hear characters say the names of spells as they’re cast. Most of the moogles have rather deep voices which is a hilarious contrast to their adorable fluffy selves. Mog is perhaps the only annoyingly-voiced character at times, as he’ll speak all his lines when in a dungeon. For the most part it’s fine, and it’s cute when he comments on being warm or cool, but if the player opts to carry the chalice for a long time they’ll hear Mog ask to carry it a lot which can be a tad much. The visuals have seen better quality textures across the board and the colors seem considerably less muddy than they once were on the GameCube. A couple of the voiced songs were redone for the remaster, and they sound wonderful redone, but it’s a change that makes it a new way to hear them without completely overshadowing the originals so both versions are still fun to hear. The frame rate is smooth and consistent with no issues even when enemies enjoy flooding the screen with their bodies or many magic spells. As mentioned earlier lag will crop up  with multiplayer when online depending on the host, but it depends on a player’s connection. 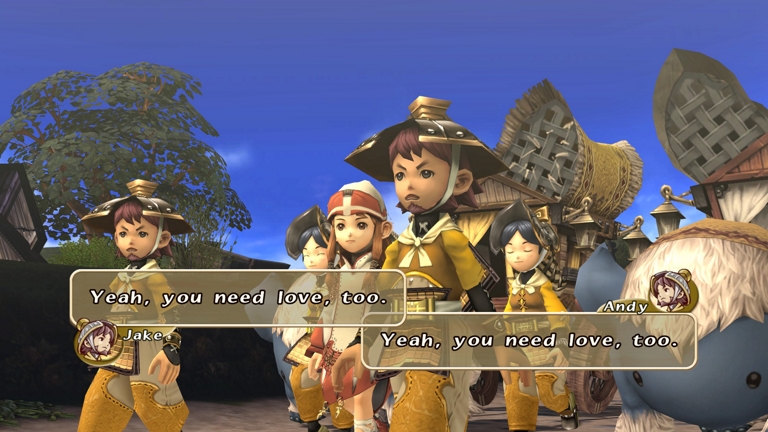 Final Fantasy Crystal Chronicles was already a wonderfully unique and challenging title when it originally released, but the Remastered Edition brings that all to the table with even more plus the ability to finally play with friends online. While the character models may still be clearly from many console generations ago, there’s so much wonder and charm put into it that it’s fantastic to play through and enjoy time and time again. It’s a wonder how even years later it still feels as inviting, and somewhat terrifying, to take on new dungeons and challenge whatever comes next. Anyone looking for a seemingly simple but utterly charming action adventure with tons of time to spend taking on dungeons need look no further than Final Fantasy Crystal Chronicles Remastered Edition.