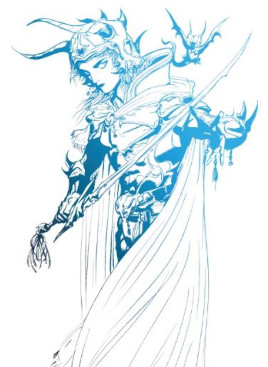 Final Fantasy has been around since 1987 but western gamers didn’t get to experience it until 1990. Forgive the pun, but Final Fantasy was a game changer on the NES. It wasn’t the first turn-based RPG for the system, but arguably the best for its time. It was many people’s first time managing a party of four characters taking on groups of multiple monsters at once. It was a challenging game but the challenge was completely different that what happened in its contemporary action platformers. Thumb speed and reflexes mattered little in Final Fantasy, but understanding spell tactics and resource management were important. This isn’t the first time the classic title has been given a makeover for re-release, but after over thirty years Final Fantasy Pixel Remaster brings the original game to a new potential audience, making it available for modern hardware with a new sound and look that’s meant to maintain the feel of the 8-bit original.

Final Fantasy Pixel Remaster deals with a world where the four elements are thrown out of harmony. A prophecy speaks of four warriors of light to appear, each bearing a crystal that corresponds with each element: earth, fire, water and wind. The primary task is to seek out and destroy each of the four elemental fiends to restore light to the crystal. But nothing is ever just that straightforward and there are a few other quests that need to be fulfilled in order to gain access to the continents where each fiend has taken up residence. The storytelling approach is minimal compared to other Final Fantasy games. The characters are all silent protagonists and the while the dialogue is text heavy, by 1990 standards it’s sparse compared to what was seen in all subsequent games.

The player creates a party of four characters at the start of the game from among six available classes: warrior, thief, monk, white mage, red mage and black mage. After a certain point in the story each of these classes can evolve into a more powerful form. The warrior becomes a knight, thief becomes a ninja, monk becomes a grand master and each of the mages becomes a wizard of their designated color. White focuses on healing and support, black is offense and red has access to both white and black magic, but doesn’t reach the level of mastery of either the white or black wizard, meaning he won’t gain the most powerful spells of either. Historically the most popular and seemingly easiest party to complete Final Fantasy Pixel Remaster is with a warrior, monk, white mage and black mage, but with some of the rebalancing it seems possible to complete Final Fantasy Pixel Remaster with any combination of four heroes, though a party of all white mages would still be difficult. 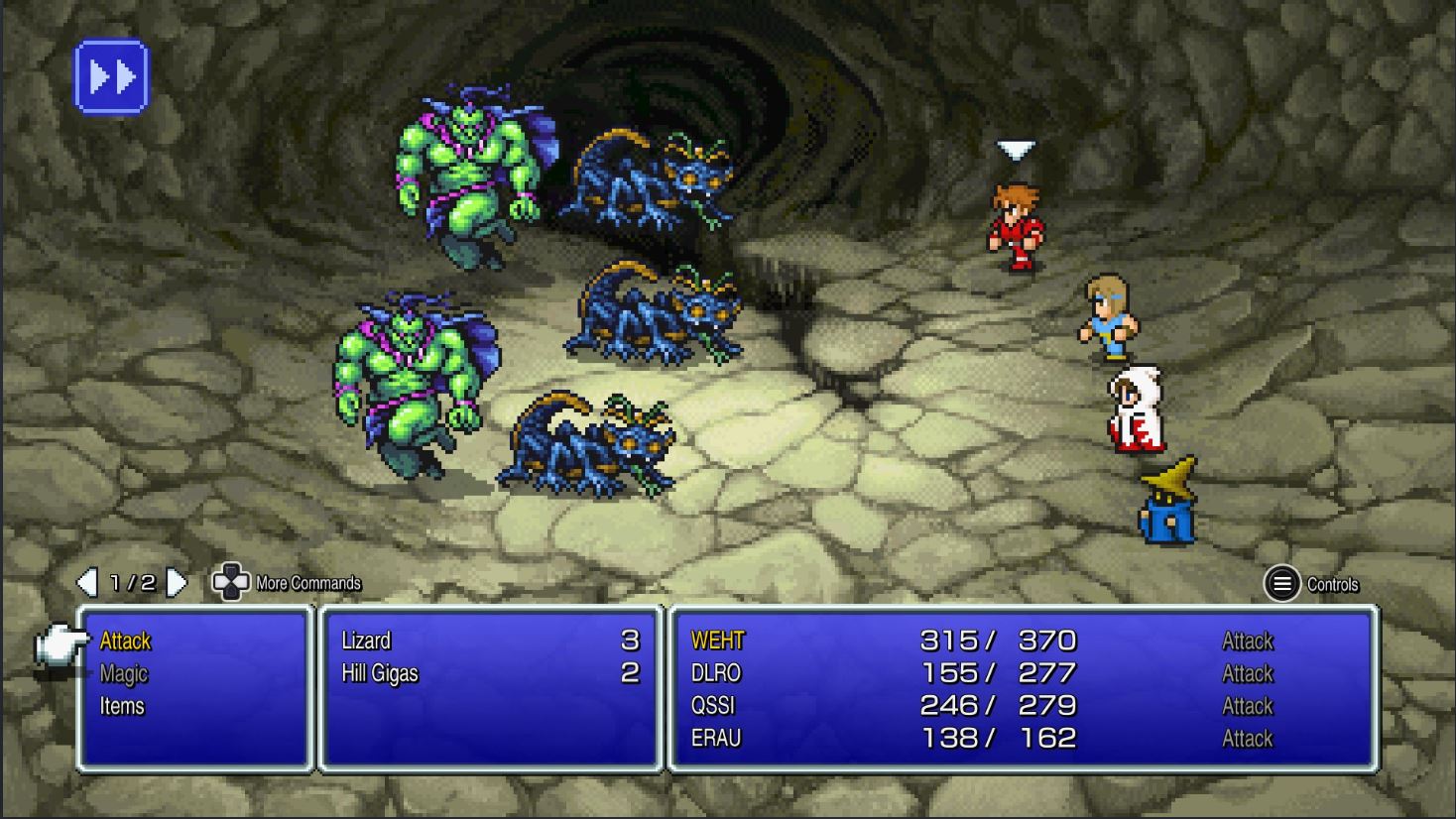 Final Fantasy was a difficult game back in its original format, and while calling Final Fantasy Pixel Remaster an easy version isn’t accurate, there are quality-of-life improvements that knock down the difficulty. Items that are common in later Final Fantasy games that didn’t initially exist have been added to Final Fantasy Pixel Remaster such as hi-potions, phoenix downs and ether potions. Ether potions restore one magic point to each spell level, which might not sound that significant, but anyone who remembers trying to ration the limited spell uses in the later dungeons knows how just a few more castings can make a huge difference. Many early pieces of equipment and spells have received a price reduction. Characters who attack enemies that have been slain already will automatically retarget a new enemy, which was a mechanic that wasn’t introduced until Final Fantasy III. For the gamer who wants to grind but can’t be bothered to input their own battle commands, there’s an optional auto battle feature that can be toggled. Lastly, there’s now a minimap in the upper right corner that can be resized to help navigate dungeons. As bonus, which will likely be included in each game, Final Fantasy Pixel Remaster includes a bestiary, sound test mode and an art gallery with Yoshitaka Amano’s original concept art.

Final Fantasy Pixel Remaster is a new way to experience the first entry in the series as the graphics were completely redone. At a brief glance it looks more similar to the early 2000s remakes than the original, but on closer inspection it’s a new take on things. The goal was to keep the maintain the original look of the 8-bit pixel sprites while trying to look contemporary. The environments, characters and monsters are all designed to look like updated versions of their original designs, which was done by employing the original pixel artist Kazuko Shibuya. Like the original NES release, the party begins as chibi characters who eventually are granted more powerful classes with more realistic proportions. Fans can debate over whether redoing the visuals was necessary when they could have just ported the original graphic version or the GBA, PSX or PSP versions, but personal opinion is that Final Fantasy Pixel Remaster looks great and succeeds with the aesthetic they were going for. The overall graphic quality looks more detailed and colorful than what you’d expect to see on the NES, but holds true to the style, complete with the blocky, jagged pixels that eventually became a thing of the past. This reimagining is how I imagine the developers wanted Final Fantasy to look before they had to concede to the limitations of that 8-bit hardware. 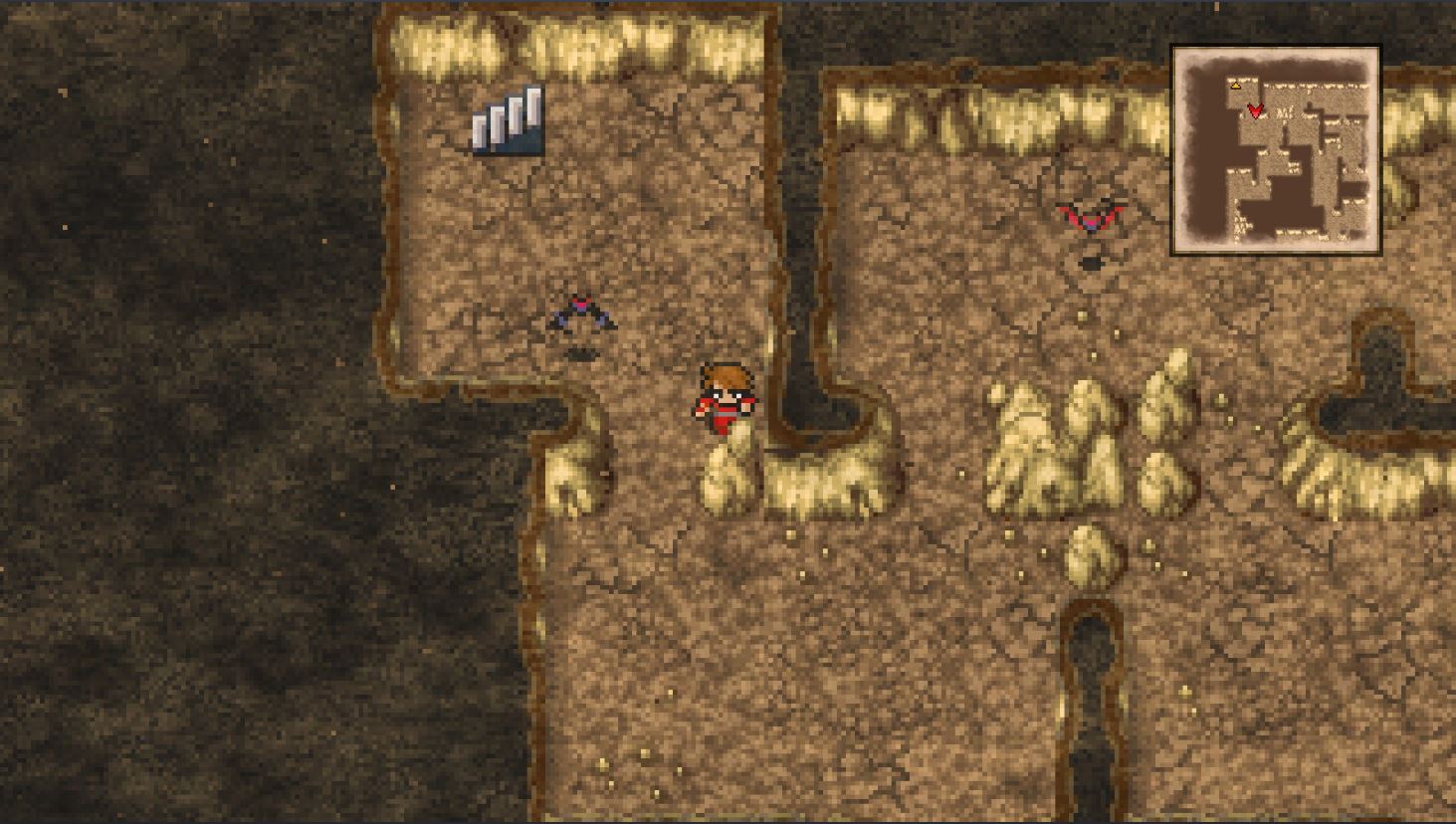 The graphics have naturally received the most attention ever since the Pixel Remaster series was announced, but the music deserves just as much attention. Music is an important part of any game and Final Fantasy as a series has had some of the most iconic and memorable compositions. There’s a reason why my first game soundtrack was a Final Fantasy game, and my first video game concert was one of the Dear Friends performances. The music has been completely revamped and overseen by original composer Nobuo Uematsu, and like the graphics, the music sounds like how I imagine it was intended to sound before being compressed to work within the limitations of the NES hardware. The more orchestral sound on the overworld theme conveys a sense of grand adventure, while the palm muted guitars during the battle theme servers as a reminder that The Black Mages put out a few nice albums. While these changes do a lot to enhance the sound quality, the music is remixed in a way where these new arrangements are faithful to the original soundtrack, sounding like a contemporary improvement while still being able to evoke feelings of nostalgia.

While simple and straightforward compared to modern RPGs and subsequent Final Fantasy games, Final Fantasy Pixel Remaster holds up surprisingly well. The quality-of-life improvements do make the challenge less daunting than it was on the original NES cartridge and it seems like the experience point system has been rebalanced as level gaining seems to happen much quicker. The storytelling is minimal by the standard the later Final Fantasy titles set, but was interesting enough to enjoy throughout the review playthrough. The pacing of the game helps, and while there’s backtracking none of it detracts from the experience or makes the game feel unnecessarily padded. The new graphics change the layout of the battlefield a little so there are now random battles that have monster combinations that weren’t possible on NES, like a fight that had two ogres and four ogre chiefs. By modern standards the combat and overall game is simple, but the turn-based combat and world exploration remains fun even after three decades. 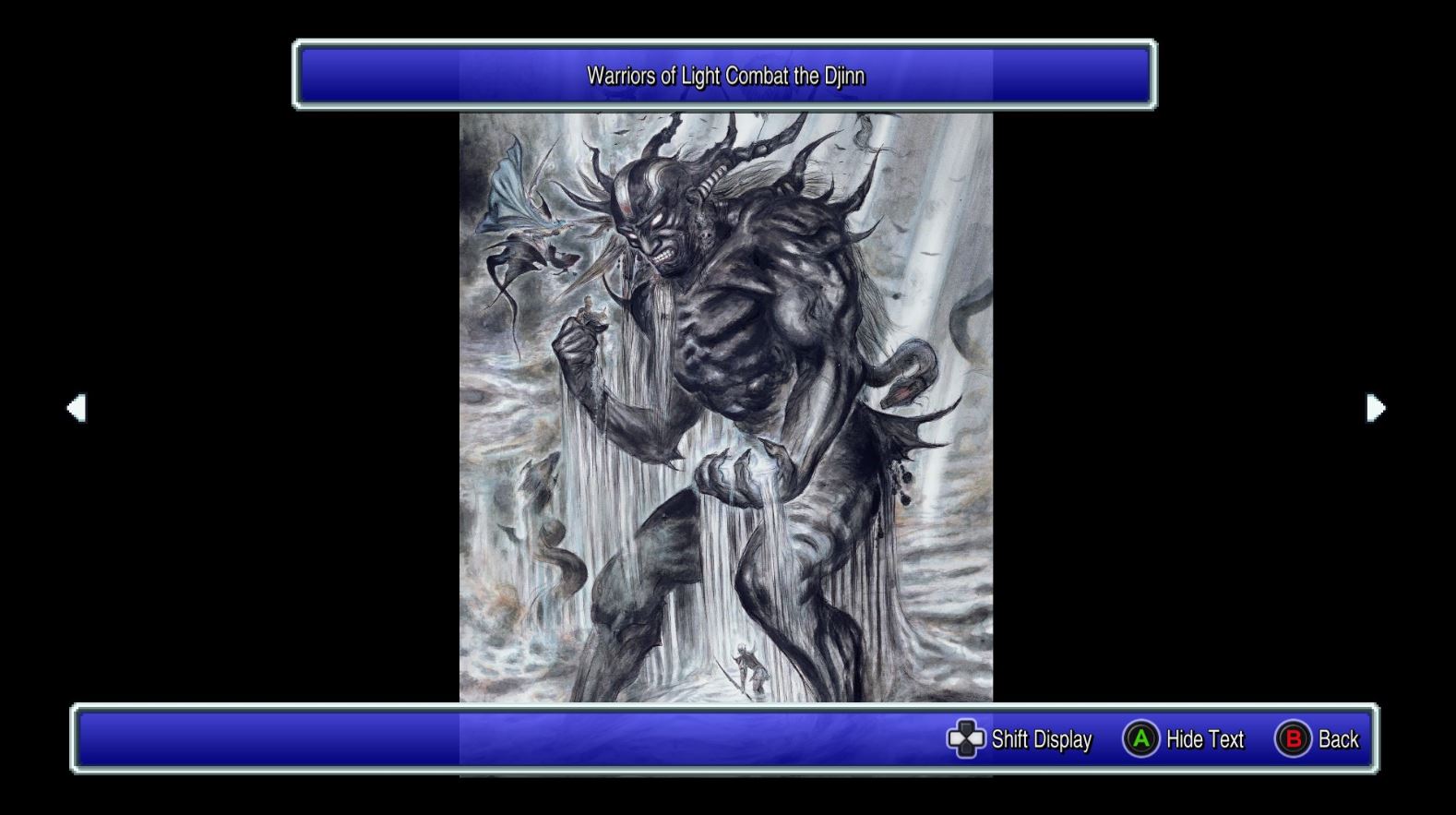 Final Fantasy Pixel Remaster is a great way to experience the first entry in one of gaming’s biggest franchises. Compared to more recent Final Fantasy games this one is simple; the story is interesting but it’s not the dramatic saga seen in subsequent games. But as much as the epic storytelling has made more recent Final Fantasy games great, the simplistic approach to this is part of what makes it so timeless, even though none of that was intentional. Getting the ship, battling the fiends and discovering a fantasy world with pockets of highly-advanced technology is just as fun today as it was when it was first played on the NES. The graphics on this version look like the middle ground between the 1990 original version and the 2003 remake, which one’s opinion on that is entirely subjective, but personally it looks like a nice blend between contemporary and classic. The quality-of-life improvements do remove the need to grind, which improves the pacing. The bottom line is Final Fantasy is simply a fun game, and Final Fantasy Pixel Remaster is a remake worthy of the title’s legacy.