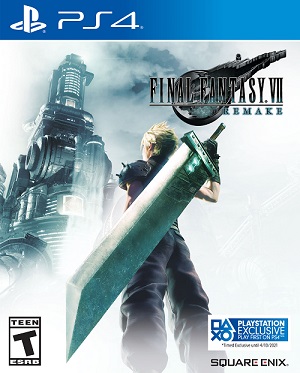 For this review, we’ll be focusing mostly on the new Episode INTERmission expansion. While Intergrade does bring several visual, performance and quality-of-life enhancements to the table, the core experience remains the same. If you liked the story, gameplay and design of the PS4 version, Intergrade is essentially another helping of that, but with an extra cutscene at the end. If you weren’t a fan of the game previously, there’s nothing Intergrade does that will change your mind.

Episode INTERmission is Intergrade’s slice of new content. A 4-5 hour mini adventure starring Yuffie Kisaragi, a young ninja from Wutai. Originally an optional character in Final Fantasy VII, Yuffie gets star billing here, cementing her place in the Remake’s canon. Taking place following the bombing of Sector 5’s Mako Reactor, INTERmission follows Yuffie on her quest to steal an ultimate Materia that would give her home nation of Wutai an advantage against Shinra. To accomplish this, she teams up with fellow Wutai native Sonon and Avalanche to infiltrate Shinra’s Headquarters. 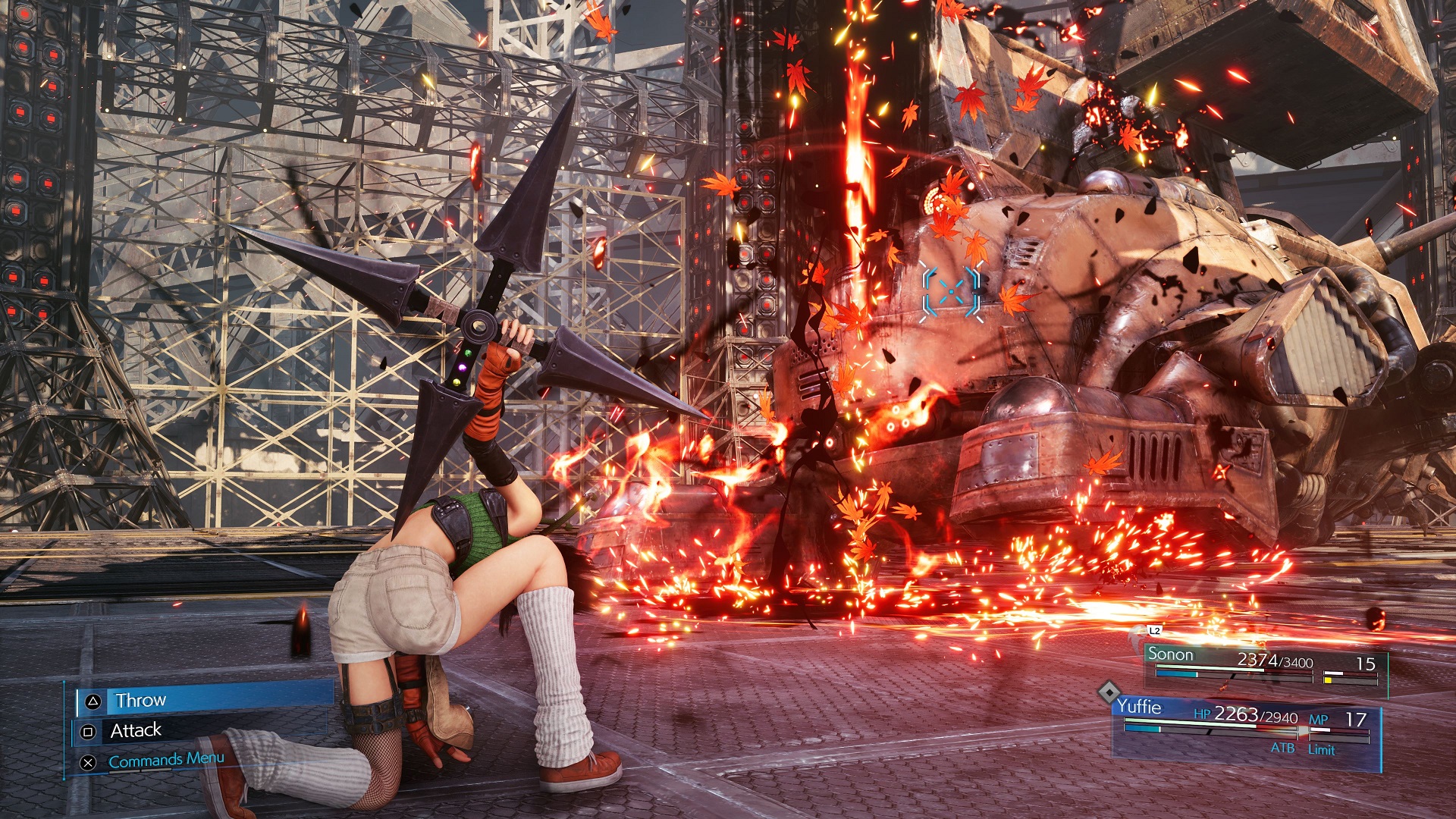 Running only two chapters, INTERmission is very much a side story, focusing on setting up characters and events that will likely show up in a future Remake entry. Those hoping INTERmission would provide a clear vision about what to expect from a Part II are bound to be disappointed. Taken as a standalone experience, however, INTERmission’s short plot provides plenty of thrills and chills for fans of Compilation of Final Fantasy VII. Yuffie herself is a delight, bringing a level of energy and excitement often missing from VII Remake’s core cast.

If there’s one gripe to have about INTERmission’s plot, asids from not advancing the VII Remake narrative, is its tonal whiplash. The sharp contrast between the tone of Chapter 1, 2 and the ending is stark, ping ponging between extremes. It can be off-putting watching a traumatic event only for the following scene to shift back to comedy. Final Fantasy VII Remake’s long runtime allowed it to weave in both comedy and drama without issue, something INTERmission’s short length makes impossible.

While the story may not be all that important in the grand scheme of things, it doesn’t stop INTERmission from being fun to play. Yuffie is a fantastic addition with a unique style that makes her fast and highly rewarding to play. Her signature throwing star allows her to control the distance of engagements, creating a solid blend of melee and ranged combat. Ninjitsu, her unique ability, allows her to throw out her star and use it as a conductor for elemental attacks, which can be modified through her Abilities. She’s a wildly versatile character to play, one that’s both fun and unique compared to main cast. 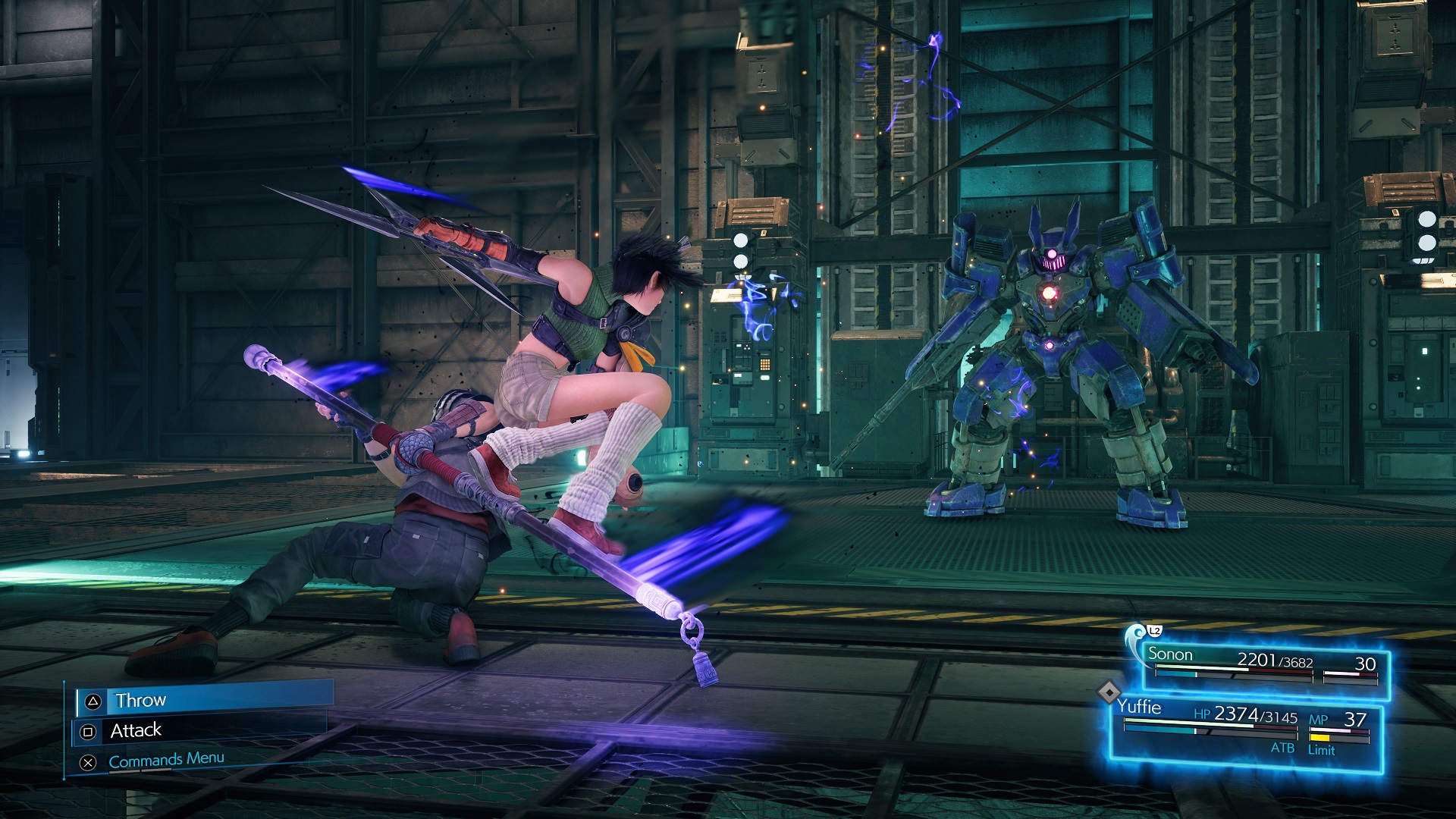 Then there’s Sonon, Yuffie’s ally from Wutai. Unlike other party members, Sonon isn’t playable. Instead, all his commands are given by the AI, though you’ll still be able to manually command him, customize his Materia and upgrade his weapons. What Sonon does bring to the table are Synergy moves that complement Yuffie’s abilities. It’s a neat mechanic that leads to visually beautiful and high damage attacks, but it would have been nicer to have another playable party member.

INTERmission does have side activities to pursue, but there’s not a whole lot of new stuff to do and see outside of the main story. INTERmission recycles a lot, including the main two locations: the Sector 7 Slums and Shinra Headquarters. While the Shinra sections do take place in the basement, it still all feels too familiar to VII Remake’s Shina Headquarters. Meanwhile, the included side quests in Sector 7 feel too much like padding. There is one notable exception: Fort Condor.

The Fort Condor minigame is actually rather neat. A tactical tower defense minigame, it’s a surprisingly fun and fleshed out activity to pursue in INTERmission. It neatly combines aspects of VII Remake’s gameplay, like magic and the ATB bar, and turns it into a strategy game. It’s not the deepest minigame ever invented, but the quick matches are fun and engaging. Sadly, though, it’s completely tied to INTERmission and not properly expanded into Intergrade or a standalone multiplayer mode. Considering how much effort likely went into making this minigame, it’s a shame it can only be played this way. 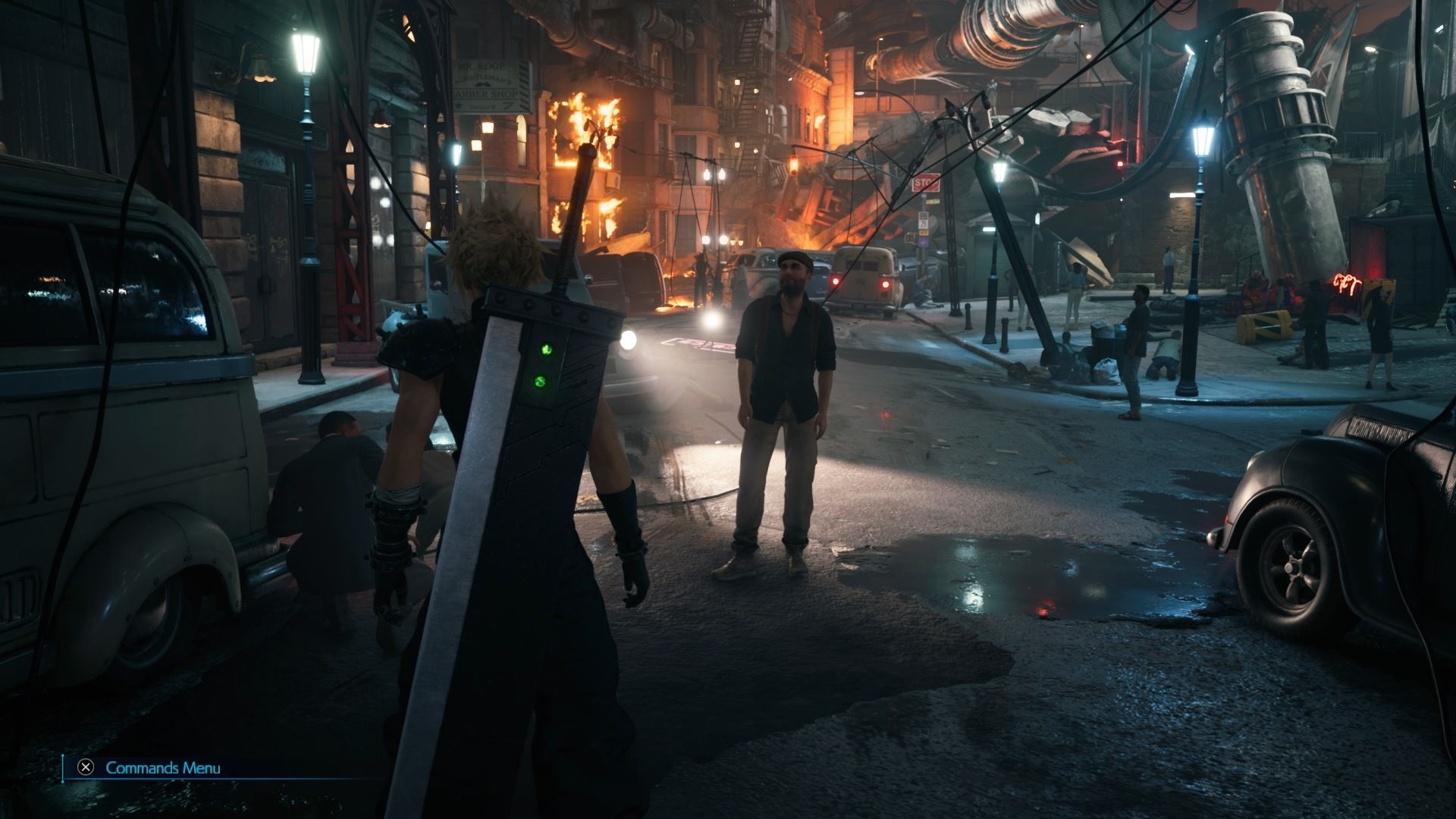 INTERmission is a solid addition to Final Fantasy VII Remake Intergrade. Yuffie is a fun character with great personality and fun gameplay mechanics, and the story adds more depth and layers to VII Remake’s narrative. It’s not the most exciting expansion with a retread areas, and missed opportunities like a playable Sonon or expanding Fort Condor into the full game. This isn’t anything necessary or substantial to the VII Remake story, but it’s still an enjoyable 4-5 hour adventure.

As we attested to previously, Final Fantasy VII Remake Intergrade’s presentation is a beautiful step up from the PS4. The visuals are clearer, the effects more detailed and assets are at a higher resolution. It all makes for a beautiful upgrade even if next-gen features, like raytracing, are absent. Intergrade does make great use of the PS5’s SSD to nearly eliminate load times, but its DualSense functionality is disappointing. Overall, Final Fantasy VII Remake Intergrade is a great update on PS5, fixing the PS4 version’s blemishes. 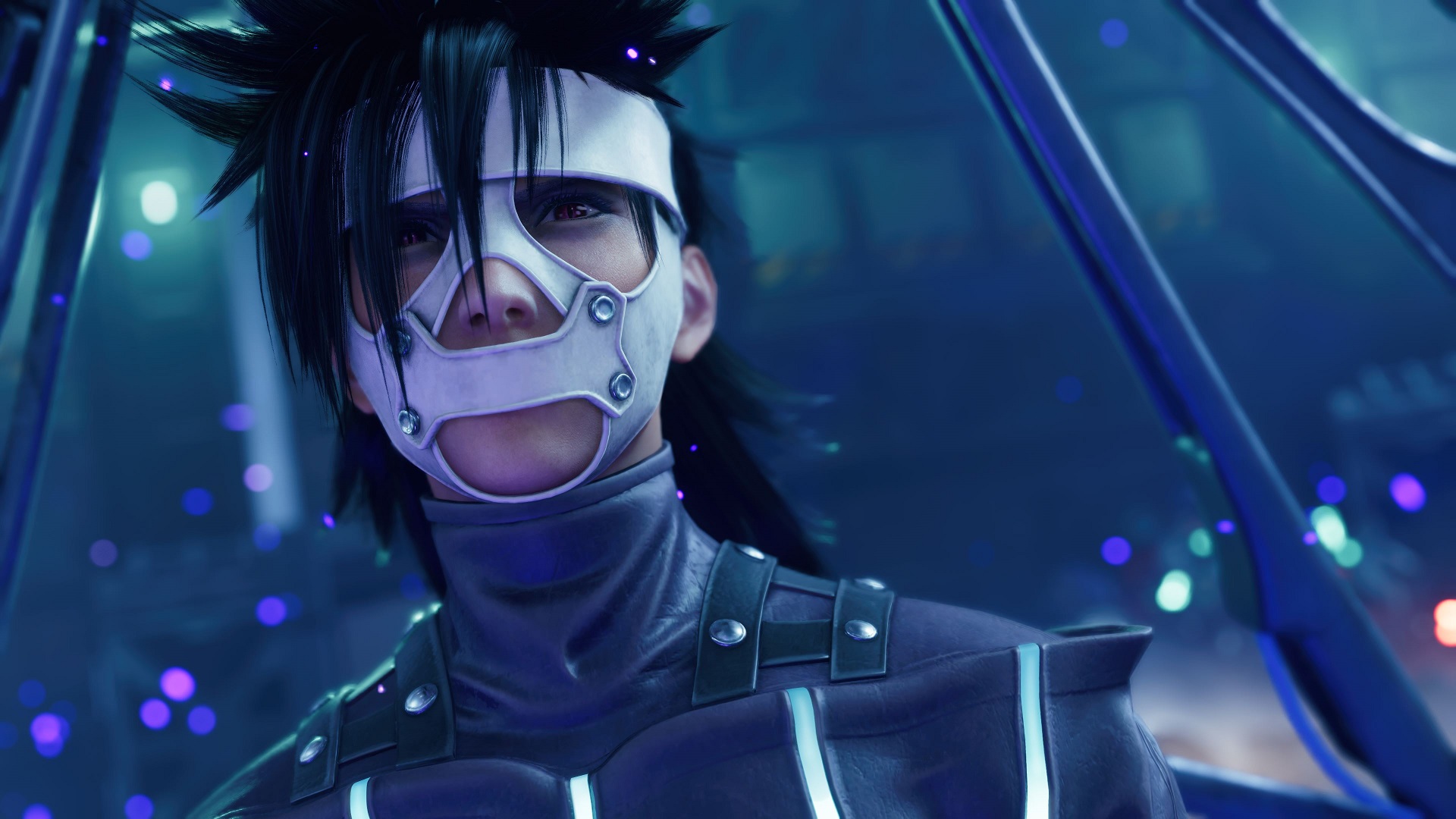