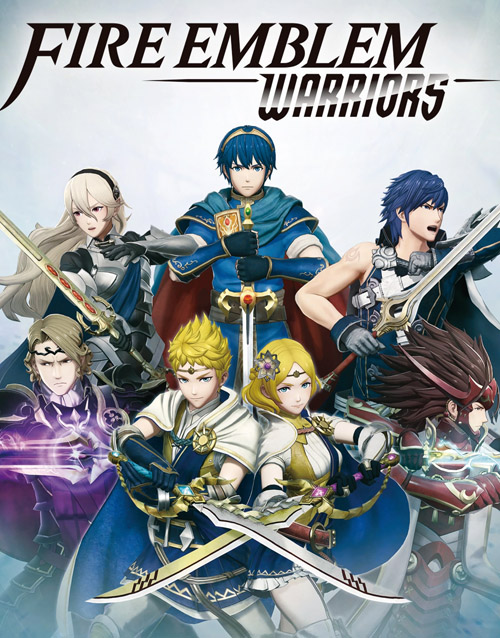 Although the Fire Emblem series has been around in the west for quite a while, it didn’t manage to find its way to popularity until the release of Awakening back in 2013. With the success of Hyrule Warriors, the most appropriate next step for a Nintendo based spin-off chosen was of course the series that had grown hugely popular and had an emphasis on fighting large scale battles. With the overhead turn-based tactics out the window, Fire Emblem Warriors takes players into a world filled with conflict and the only way to stop it is to pick up a weapon and fight.

Players are given the choice to pick between one of the twins, Rowan or Lianna, to be their main character from the beginning. The choice doesn’t have an impact on story overall, simply being who will be played as at the start of a mission, and there are only minor differences making the choice merely a preference. The story begins with the twins in their kingdom of Aytolis, when dark creatures begin appearing from the sky and attacking. After managing to barely escape with their lives, they begin their journey to discover what is causing this to happen while also trying to restore the Fire Emblem. As fate would have it, the twins begin running into some people not from their world. This includes characters from Awakening, Fates and Shadow Dragon. For unknown reasons, they’ve managed to end up in crossed dimensions and must team up in order to restore the world to order and find their way home.

Fire Emblem Warriors is most similar to its other Nintendo predecessor, Hyrule Warriors. The combat is typical of a Warriors title, using light and heavy attacks in order to pull out unique combos depending on the character. The main twist to Fire Emblem Warriors is the implementation of the weapon triangle. While in combat, enemies have up or down arrows displayed above them to quickly identify if the current character’s weapon is a good match or not. This corresponds to the basic weapon triangle with sword defeating axe, axe defeating spear and spears defeating swords. The weapon triangle is a major part of deciding how to strategize in combat, as going up against an enemy the character isn’t strong enough could lead to a lengthy fight or a potential quick death. Some enemies use other weapons like bows or tomes, which are almost equal with most other weapon types. Certain characters have a lower magical defense and will be weaker to tomes, while any character on a flying mount will be headed towards certain death if they’re near an archer. Weapon skills also play an important role as each one is capable of having up to six skills, not including special skills given to certain weapon types, which can aid in battle against specific types of enemies with a variety of skills from combat to defensive. 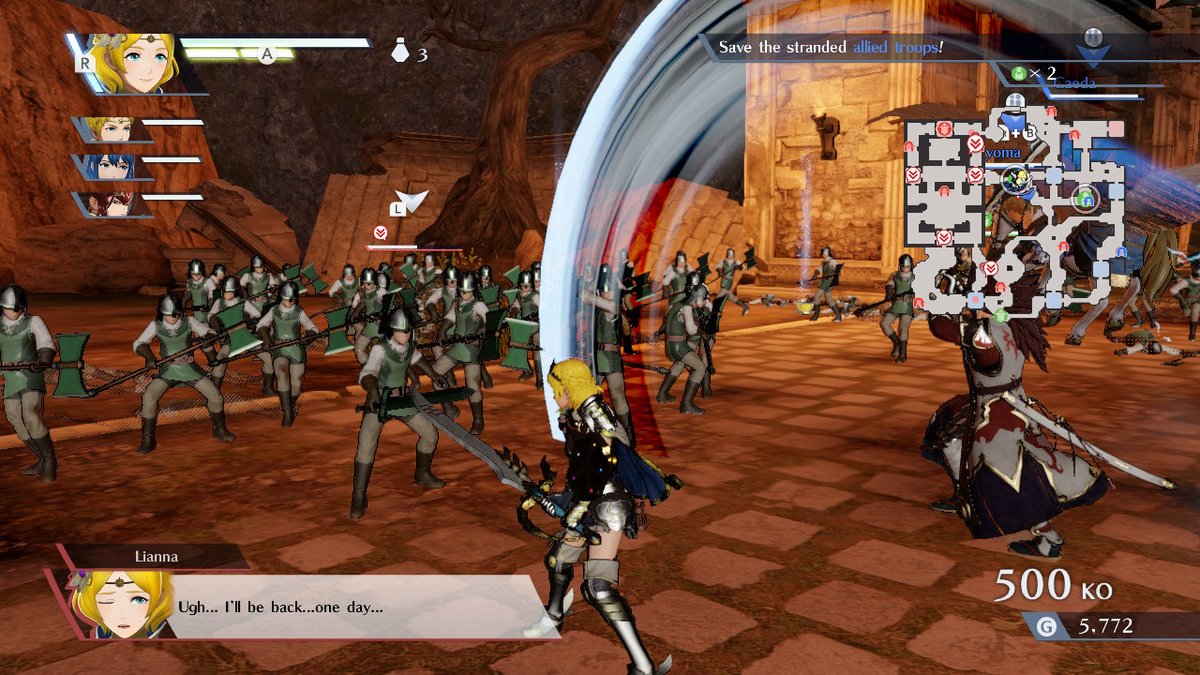 During missions, there’s almost always the option to select more than one character. As the weapon triangle plays a big role, whichever characters are strongest for that particular scenario are typically chosen. At any time during the match, the handful of selected fighters can be swapped. Even more useful, where the NPCs travel and even who they fight or defend can be controlled. While Warriors titles are typically known for their hack and slash combat, the more strategic element fits in well with the Fire Emblem settings as it’s important to make sure allies aren’t defeated in battle which could lead to a loss. In a nice Fire Emblem touch, characters on the battlefield can also team up in order to execute special attacks together. If both characters are from the playable roster, the player is able to freely switch between who is fighting when they’re teamed together. Characters who help each other in battle will also gain affinity once the battle has ended, which rewards useful items and makes it worth befriending characters with one another as much as possible.

After completing a handful of missions in the story mode, the other main feature of Fire Emblem Warriors is unlocked in the way of History mode. Within history mode a few different scenarios are unlocked, each with a small plot attached relating to a moment in a past Fire Emblem title. An enemy on the screen is selected to fight and a mission begins with occasionally unique objectives. Tasks include capturing keeps and defeating a boss similarly to a regular story mode mission, while others will be as simple as requiring a certain amount of enemies to be defeated in the allotted time. History Mode is the main way to unlock many extra content outside of Story Mode such as additional characters, weapons and class upgrade items. Each set of story mode missions ranges in difficulty and often requires completion within certain requirements in order to get S rank to unlock certain items. 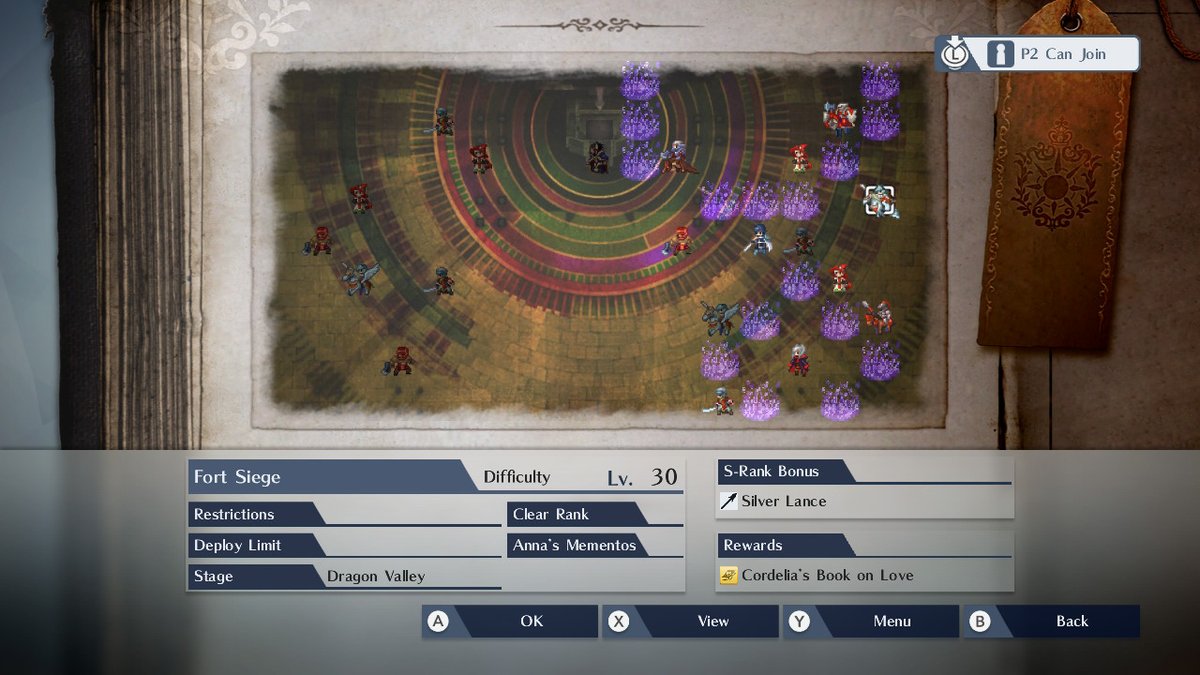 Like most Warriors titles, Fire Emblem offers local multiplayer both in docked or handheld mode. A second player is able to join at any time before a mission and select available characters to help out a comrade. On handheld mode there is a noticeable drop in overall visual quality, but still manages to play fairly well with the correct settings. Docked mode improves the visual quality somewhat, but still decreases a bit in order to account for the large amount of enemies and actions going on both screens at once. Controls will differ slightly if players choose to use individual Joy-Cons to play together and while it works fairly well, using two full controllers is the more comfortable approach for playing longer periods of time. While it would have been nice if Fire Emblem Warriors had offered online features, the local multiplayer mode is still a lot of fun to play side by side with another person.

The main characters in most Fire Emblem titles tend to wield swords, and as a result the majority of the playable cast dons swords instead of some of the other available weaponry. It would have been nice if there was a bit more variety in weapons as Fire Emblem has no shortage of characters who use other weapons. Perhaps even some of the more unique categories such as shurikens, knives or clubs could have made an appearance to mix things up but players will have to pick from a small pool of axe and lance users in most battles. Those playing in handheld mode will notice the title does have a few frame drops during some of the heavier fighting, but fortunately there is an option to improve performance and slightly lower the overall visual quality to make things run a bit smoother. 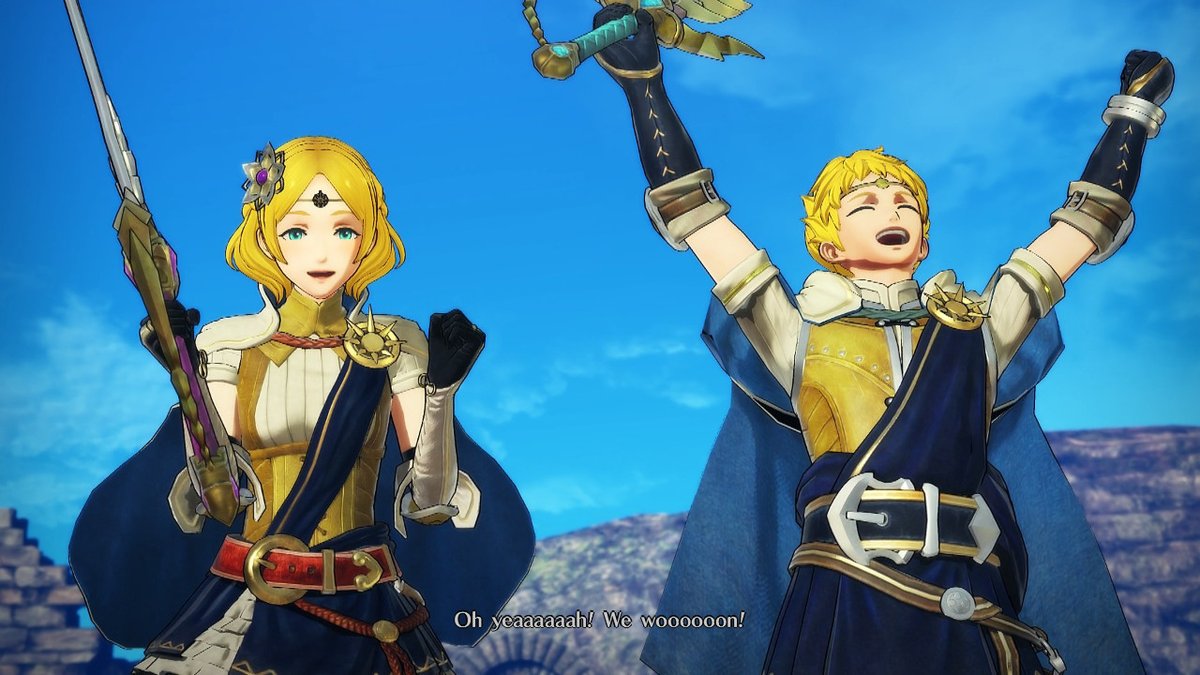 Fire Emblem Warriors pays tribute to the most recent 3DS titles that helped the series take off in recent years. While it would have been more varied if they had included more than just a handful of characters from older entries, it still creates an enjoyable action packed spin-off for new and old Fire Emblem fans alike. Fire Emblem Warriors is an easy title to pick up and play at any time, regardless if just doing one mission or sitting down to grind for a full session. Whether a fan of the series or just looking for another title to play with friends, Fire Emblem Warriors makes for a great time with plenty of content to keep players coming back for more of its perfectly-captured action.