There’s a huge difference between an interesting idea and a fun game. For every “let’s make a world of blocks that you can arrange any way you like” there’s going to be a few dozen “how about a WWII FPS where you’re a werewolf”, “fly up the screen and shoot stuff but you’re a scantily clad anime chick with giant boobs”, or, in the case of Fractured Soul, “run left to right and shoot things, but the top and bottom screens have almost identical versions of the levels you need to switch between in order to overcome obstacles”. The idea isn’t necessarily bad, but it’s going to take skilled execution in order to make it work. Fractured Soul tries, but gets bogged down by an amazing number unfortunate design choices.

The basic gist is that you’re two different robo-guys, one on the top screen and one on the bottom. They’re both controlled at the same time, but differences in the level layout mean you’re constantly switching between one and the other. A platform on the lower screen may not be on the top, but the top screen has a ladder you can reach from that platform if it was there, so you jump to the platform on the bottom, jump again and quickly switch to the top screen, and then grab the ladder and keep on going. The rough layout of the levels is identical, but the enemies, obstacles, and other pieces of set dressing make you pay close attention to both at the same time. It’s the kind of thing that makes your head split clean in two, but in a good way. 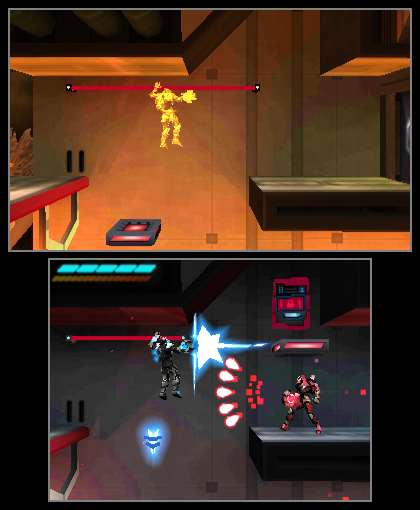 The problems are in the execution, though. Robo-guy moves at a sedate pace, but it feels refreshingly brisk when you get to the levels where one half is set in water. The water version of the level moves slower but jumps higher, leading to some interesting puzzle design, but it still feels like you’re trudging along. The slow speed is probably for the best, though, because the camera is always zoomed in a bit closer than is comfortable. Why graphics this bland need a closeup is a mystery, but at least you get a good look at them. Eventually Fractured Soul opens up into greater variety, with vertical shooter levels and even ones where the gravity is reversed between the two screens, but I’m going to have to admit to never having seen them. Level 8 showed up like a brick wall, and after losing several dozen lives I gave up. 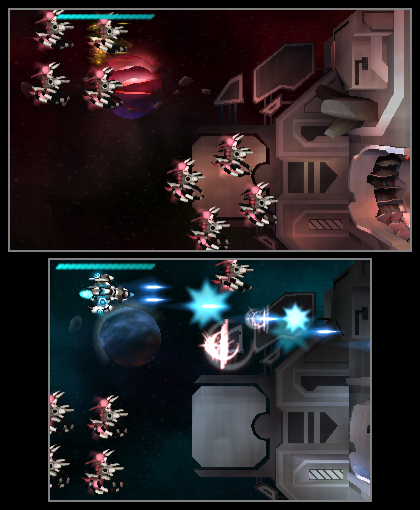 Maybe there’s a great game beyond level 8. Maybe it turns into peaches and honey. Maybe a magical unicorn bursts from the screen. Who knows? After playing a single level beyond any possibility of ever getting any enjoyment from it again, I turned the game off and walked away. Gameplay masochism only stays enjoyable so long before a feeling best described as “screw this!” sets in, and Fractured Soul blew past that point and never looked back.