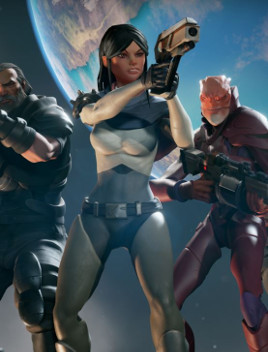 Venturing out beyond the reaches of explored space is generally considered asking for trouble, since that is where all the powerful alien monsters live along with hostile technologically advanced alien races. The space explorers in From Other Suns failed to heed these warnings, and on their return voyage to Earth from what was meant to be a simple deep space exploration mission, they have attracted the attention of some malevolent ancient alien being which is intent on destroying anything in its path, which inconveniently happens to include the player and their crew. As if being stalked by this isn’t bad enough, the crew will also face threats from pirates, robots and other aliens.

From Other Suns borrows and blends ideas from other games in order to create a unique VR experience for the Oculus Rift. This rogue-lite procedurally generated adventure is a bit of a hybrid between a spaceship management simulation and a first person shooter, kind of like a lovechild between FTL and Borderlands. The basic goal is to survive the trip back to Earth, and the player is given a fair amount of freedom in how they go about achieving this. Due to the nature of procedurally generated games memorizing how things go down won’t be a viable option, but after a few playthroughs and trying different things the player can develop a general strategy that will be the preferred way to tackle the mission.

A key to surviving is to upgrade the ship as often as possible, but players will not be able to upgrade everything to its maximum potential on each run. This is where an individual’s playstyle should dictate how they go about improving the ship. In order to get back to Earth safely, the ship will need to gather supplies and resources on the way which can be done through a variety of ways. A traditional way is stopping at ports to trade with NPCs or take on jobs for payment or loot, or the player could opt to hunt for enemy ships, destroy them and collect scrap materials. Depending on what approach the player may want to use will impact how the ship should be upgraded. If the idea of simply blowing enemy ships into metal confetti sounds like the desired approach to interstellar diplomacy upgrading the ship’s weapons and hull would be wise. If a more personal touch is desired and the player wants to send an away team to board the enemy ship the captain probably shouldn’t skimp on transporters and keeping a medical bay that’s rated above impoverished third world country surgery center might not be a bad idea. 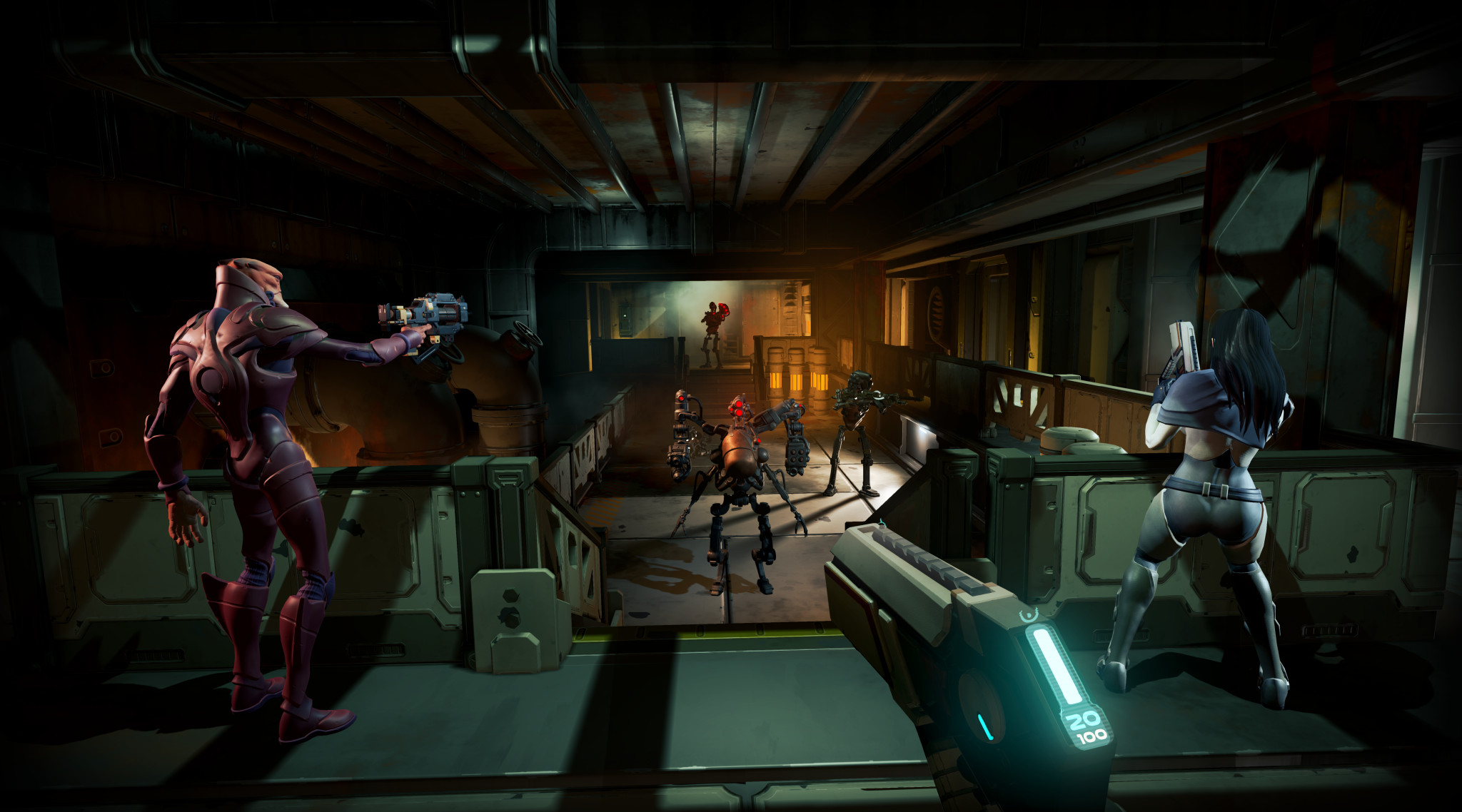 A captain is nothing with a crew, and this point is worked into the gameplay of From Other Suns. This game may be played solo with NPC crew members who need to be kept alive in order to be successful, and this approach can be enjoyable which is good news for introverts and misanthropes alike. On that note, when the player runs into random traders that sell upgrades for the ship that also sell additional crew members those extra bodies on the ship are a worthwhile investment. While enjoyable as a solo endeavor it really shines when played in a cooperative setting, which is able to replicate the excitement and camaraderie of Laser Tag without having to leave the comfort of one’s house. There is a Quick Join option to join an open game in progress, or a player can create their own game and decide to invite friends for a virtual hang out or make it public so any random people can join in.

VR is a great format for gaming with a lot of potential, and it seems in the past year developers have made strides in creating VR experiences that feel like full fledged games as opposed to glorified tech demos. From Other Suns is an example of what type of game works well with this format. There is just a certain level of immersion and sense of realism inside the virtual world contained in that headset which the structure of this game lends itself well to the technology. With each encounter on the route back to earth being procedurally generated, there is always that element of uncertainty of going into the unknown with each playthrough, creating a certain tension that would be like visiting an abandoned outpost or trying to storm a spaceship filled with pirates. One particular element of combat is an element of realistic feeling one cannot get with a mouse and keyboard or gamepad, and that is the act of drawing the weapon from one’s belt and having to aim and fire with actual body movements similar to drawing a sidearm. Under no circumstances would From Other Suns ever be considered an actual combat training simulator but there is some muscle memory cross over.

The two main parts of From Other Suns are the spaceship management and the actual combat portion, which open up after a brief tutorial. In the simulation section players can use a star map to plot out their course and get into the ship schematics to monitor and assign NPC tasks. There is a com device to hail other ships and answer calls from other ships. There is also a tactical console where players can get into a shoot out with enemy ships. During these shoot outs with enemy ships they may send away team to board the player’s ship, but using the schematic screen NPCs can be dispersed to take care of business while the player can continue to fire away at the enemy ship. This is the mode where players can explore the ship, do repairs, assign tasks for NPCs and select weapons for missions during their jumps. 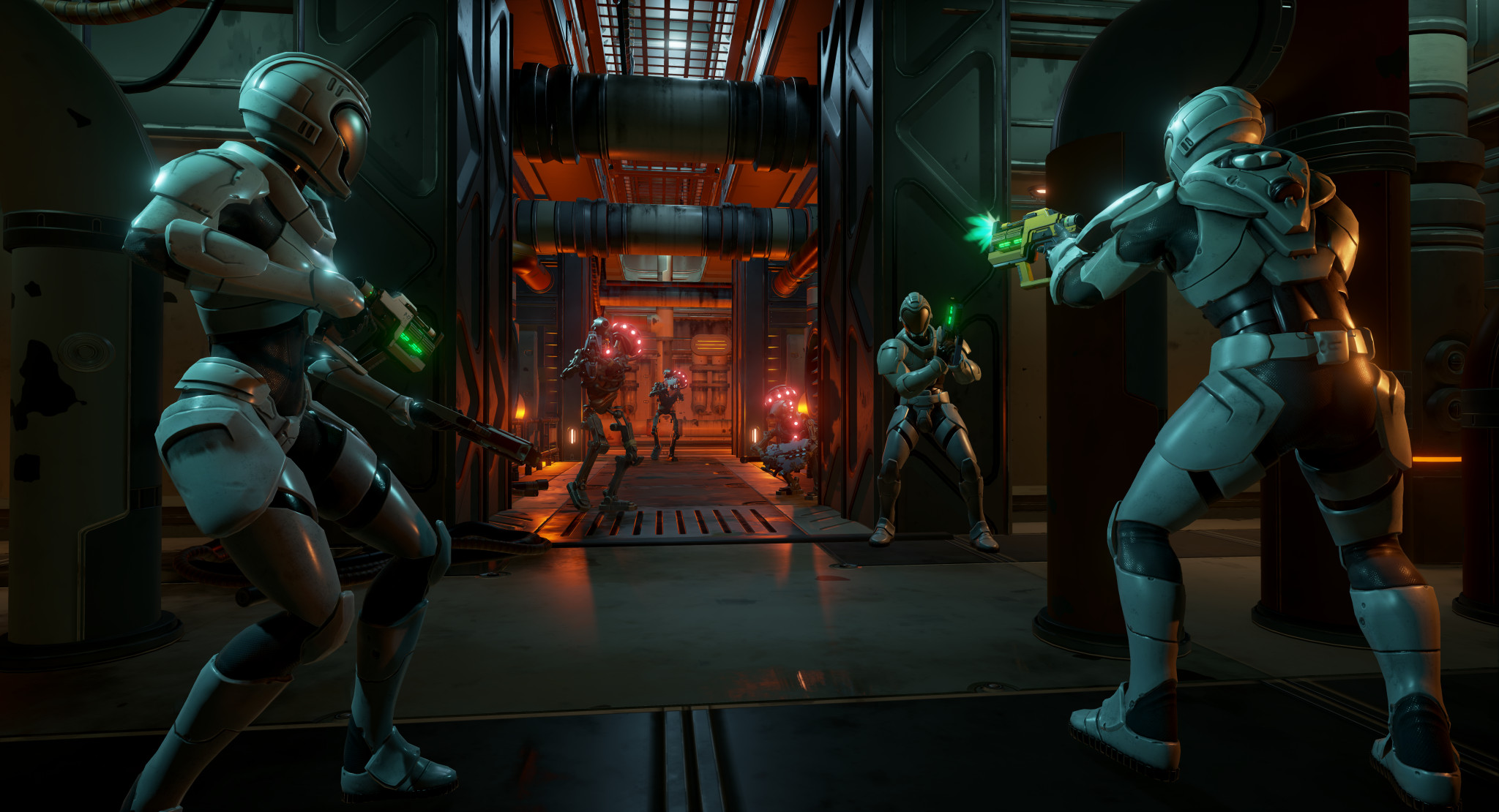 Traveling back to Earth cannot be done in one attempt but during a series of jumps where the crew will dock at fueling stations or other outposts to do other odd jobs or go to war with opposing ships. Teleporting from ones own ship to the various destinations is a cool effect in VR, but getting to the combat in these away missions is the highlight of this game. Engaging in gun fights with the motion controls in VR feels like a mix between old arcade plastic gun shooters like Lethal Enforcers or Virtua Cop set inside a Holodeck. These tactical shoot outs are a blast (groan) solo but are much more fun when another player can get involved.  As the ship gets closer to Earth the difficulty goes up quite quickly, making it wise to plot a path of jumps that go in a zig zag to health acquire more power ups en route. As a rogue-lite, death is permanent and it will happen, and every time the player starts over none of their items or ship upgrades carry over, save for the achievement progression based ones.

In order to make playing From Other Suns a comfortable experience to everyone, there are four different locomotion settings. Comfort has no independent head movement and the player will control their avatar with the left stick and they will move in the third person but return to first person while standing still. This is the mode that is recommended for people prone to motion sickness. Advanced has independent head movement, and controls more like a first person experience. When you push forward, the character will move in the direction the player is facing. Hand Relative will move the character in the direction either their right or left hand is pointed, player can select which hand to follow. This mode allows the player to look to the left or right while moving forward. Lastly there is the Seated mode, which also allows players to move forward while looking right and left but doesn’t require very much body movement. From Other Suns can be played either standing or sitting, and most sensor configurations will work just fine. Standing is more immersive, as ducking and dodging do play a role in combat and it feels more natural to do that from a standing position. 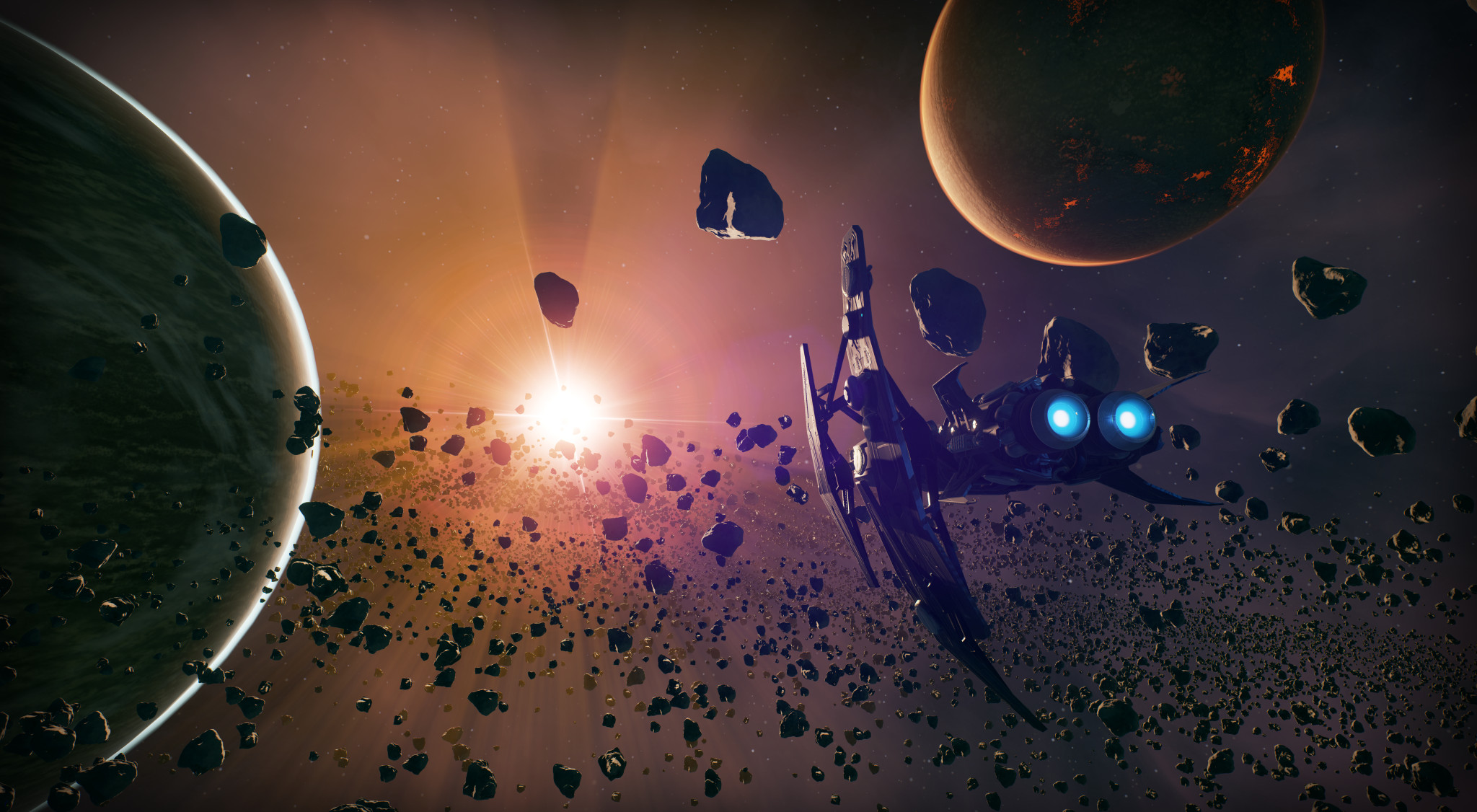 From Other Suns is an example of how VR tech should be implemented in games. The ship management portion and procedurally-generated levels make this feel like an RPG, but the rogue-lite design makes it play much more like an action arcade game. One could argue that VR is a gimmick used for From Other Suns to take a shooter that might seen mundane on a traditional monitor and make it more interesting, and while that statement may not be entirely wrong, the VR implementation works perfectly for this title. The ease of VR controls, whether grabbing items from the streamlined inventory or strapping in weapons, feel completely intuitive and natural. VR games have progressed a lot in the past year, and while they may have a way to go before becoming a mainstream form of gaming, titles like From Other Suns show that VR is a viable format for games and not just a passing gimmick.