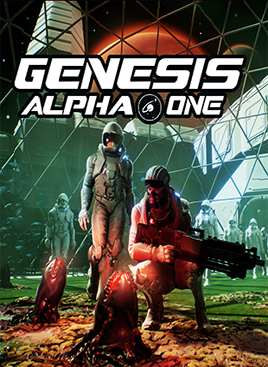 Ambition will always win out in the ongoing battle of video games striving for one’s attention and subsequent, curious surveying. Perhaps it’s the developer aiming for something that’s initially eye-catching, relatively absurd or otherwise lacking previous pursuits by other studios. Maybe it’s the hopeful belief that a team have recognized (at long last) how an established genre can be expanded upon…and that consumers want said expansion to occur. It’s for these very reasons why Radiation Blue’s Genesis Alpha One struck such a chord in the first place, when it was initially pitched and its Alpha state demonstrated all the way back in early 2017, and has only continued to invite more warranted curiosity as the intentions behind Radiation’s goals have become clearer. A game that, interesting of all, aims to combine many a genre and similarly as diverse a plethora of play-styles — a shooter, roguelike, strategy/tactics and building-focused simulation — led on by the premise that, as captain of a growing ship, you’re tasked with finding the next potential candidate planet for the remnants of humanity to migrate to. Avoiding any and all manner of hostile threats along the way, preferably.

To find any form of middle-ground in all of this, not to mention making it ideally enjoyable to repeat play given its principle roguelike infrastructure, is by no means an easy task but there is absolutely a market — as much an intrigued community — that will latch onto the game’s endearing jumble of processes. Of a seemingly endless loop of crafting and building that has long lay ill to many a roguelike or survival entrant whose only longevity is the investment one is willing to put in. During the early phases, when you’re still meandering the depths of space on your first, maybe even your second playthrough — perhaps altering what perks/items/crew you start off with next time round, as additional corporations and helpful acquisitions slowly open out the more you play — Genesis Alpha One manages to keep up the plucky, humble mannerism with which you randomly scour the galaxy. Navigating your surroundings by way of an aesthetically-minimal interface — planetary clusters and points of interest represented by mere dots on a grid.

As tiring as the retro-futurist aesthetic might now be — given a lot of current and recent sci-fi/sci-fi leaning games borrow from that well of 60s/70s fantasizing — the blocky screens, multi-colored text, slick grandiose chambers and a sense things are ironically not that far advanced, only add to that early charm. Perplexing as it might seem given each new playthrough starts with a seemingly harrowing set-up of leaving a now uninhabitable Earth, desperately looking for a substitute mankind can, hopefully, call home. Your mission, when you think about it, doesn’t share much the same tone as that same jubilant optimism and spectral delight that its multi-colored worlds tend to veer towards. So then, why is it that Genesis Alpha One often seems like it’s trying to veer in both directions at the same time? The unpredictable, perilous vacuum of space…but one filled with spectral worlds and this unshakable sense the game is treating this almost like a vacation, a care-free stroll from one grid on the virtual map, to the next. 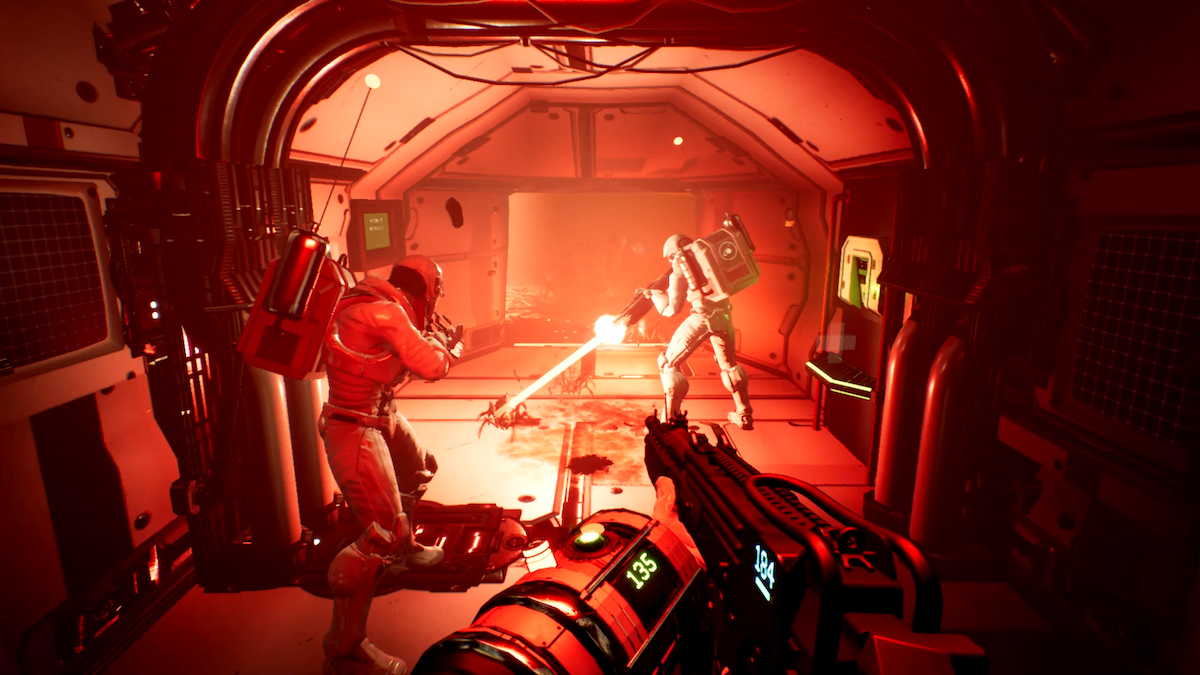 The answer is simple: Genesis Alpha One gets caught between so many potential avenues and through lines with which to focus on, it feels almost lacking in confidence to commit to any, trying its best to appease, if not impress in all walks. It’s only when you’re finally settled in — when the swift, if a little stiff, movement of your character or the interconnected network of resources reliant on other resources becomes second nature — does the game’s, sad as it is to report, misleading sheen eventually subside and you’re left with a release that not only feels restricted in its budget, but ultimately leaves you with the nagging thought that Genesis Alpha One is severely lacking a considerable amount of polish on top of all this. Both behind the scenes and up front during live play. That’s not to say Radiation Blue haven’t crafted a commendable foundation with which Genesis Alpha One finds some success in flaunting in-between its satisfying run of [on average] six to seven hour randomly-generated voyages. That is, until all hell breaks loose and your mission comes to a catastrophic end…which we’ll get to.

For all its questionable model work, odd event triggers and rocky animations, particularly when out scavenging for resources — for every hostile enemy that acts as no more than a mere bullet sponge, or every cloned crew member that has a habit of not proceeding with the task they’ve been instructed with — Genesis Alpha One does manage to secure some common ground at the very least from which all the genres it’s pulling from, can meet to sufficient length. Granted, some of these ideas fair somewhat better than others. The overhead base-building interface, though a little perplexing with its menus, wields a tucked-away level of strategy so far as deciding which modules to place where and more importantly, at what point in time. Makes sense to place the refinery next to your ship’s hangar, but what about connecting corridors and taking into account where the adjoining entryways/exits are positioned. On the other hand, the shooting aspects — despite the commendable effort to remove any form of UI clutter — almost seems bolted on without as much as a second glance. For one, there’s no ADS function at all nor any real feedback or satisfying impact when firing. Other areas like the tactical overseeing of your ship can at points boil over to unnecessary busywork, particularly when assigned crew members meander about areas like the tractor beam or refinery whereupon your tapping a button at a nearby terminal does a much better and quicker job than any AI seems to even want to show, making the whole assignment mechanic utterly worthless. 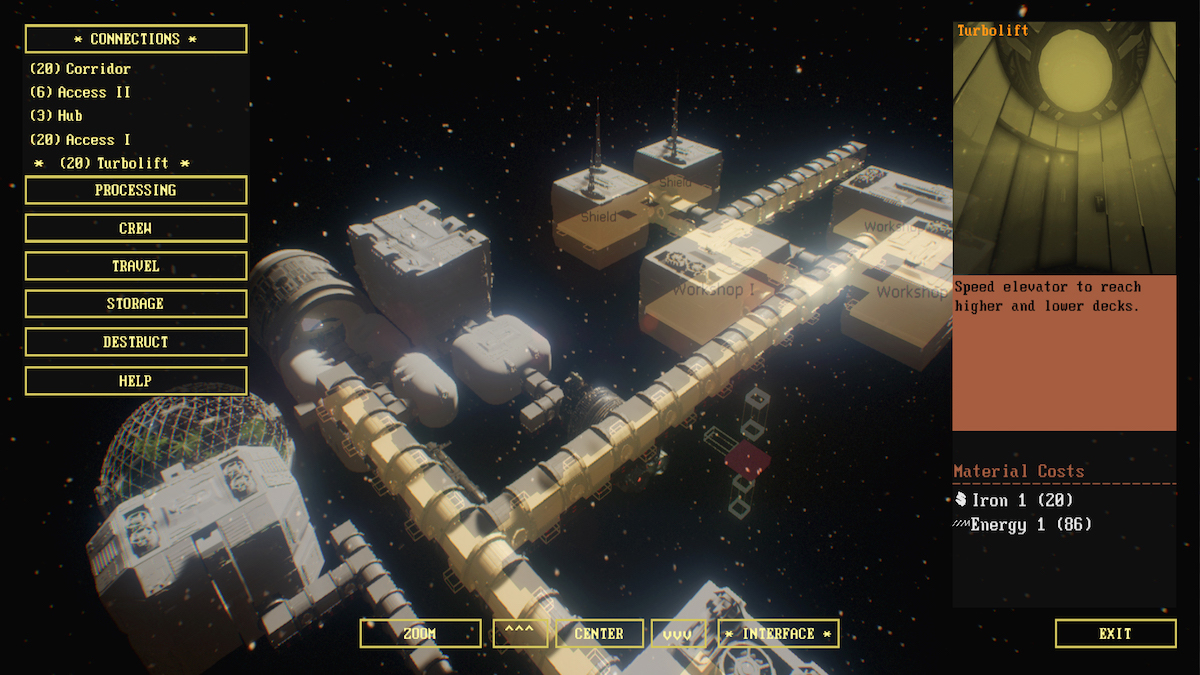 A lot of these lack of interest-like affairs spills also into the more procedural elements of the game. The random nature of planetary surfaces particularly feels like one of the biggest culprits of this with regions confined so tightly to but a small enclosed area. Players restricted to but the landing area in scavenging for ore, biomass and even the occasional oddity via new weapons or entirely different modules that expand your ship structure, acquired from similarly random crash-sites or weirdly conspicuous monoliths. Even when confronted by hostile life-forms or invading alien forces that can kill you in a matter of a few hits, these supposed onslaughts or precarious situations are so laughably reeled or played, they only further illustrate how lacking the first-person shooting elements as a whole really are. Enemies often willingly putting themselves at a tactical or strategic disadvantage, allowing you to pick them off from afar or simply running head-first into your ship’s automated guns that, similarly, mow them down with little difficulty.

It’s a shame that this more hands-on, item-gathering is so restricted as there are instances of some pleasant scenery or opportune visuals that, in brief glimpses, break through the monotony in marrying the conflicting aesthetics of curious exploration and unsettling uncertainty. But perhaps the biggest insult — and one that sends any genuinely-attainable degree of enjoyment in watching your ship and your crew steadily expand crashing down — are the ways the game handles internal threats back aboard the ship. The basic gist is that players must remain alert and near-constantly aware of any possible stow-aways once departing a scavenged planet. That, in failing to check the underside of your floor plans or keeping a watchful eye as your ship returns to dock (if you instead decide to order other crew members to embark without you), you allow the risk of an alien infestation or worse, pirates to board you. The reality, however, is that for whatever reason not only is Genesis‘ renditioning of these events so bare-bones — enemy AI literally spawning (as if selected on some debug/dev-enabled menu) into a given module without so much as an animation or effect or any degree of pre-warning, other than having them plucked out of thin air — but at points, it feels so uncharacteristically unfair, as if the game decides, out of nowhere, that your current playthrough deserves to come to an end, no rebuttal. 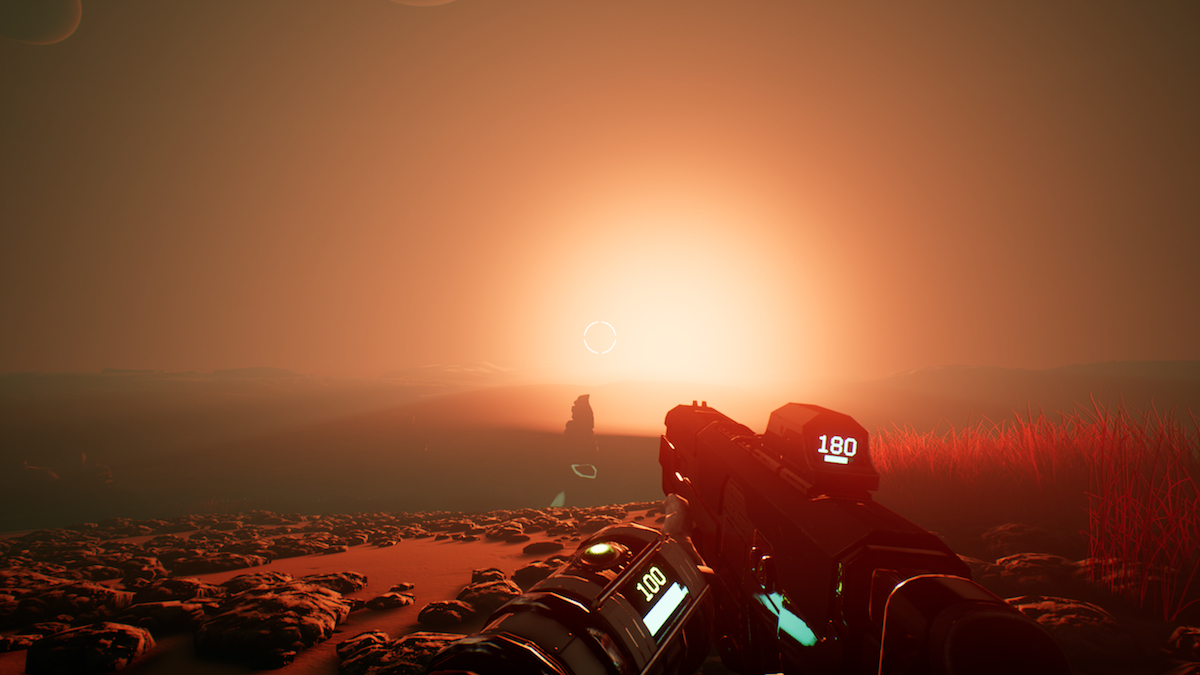 One of the potential risks involved with exploring space comes in the form of avoiding possible threats such as space pirates — indicated by a glowing red square on the map and often categorized as being high in risk. Unfortunately, like a lot of the game’s other stat-driven mechanics such as the condition of your crew members (whom can suddenly shift between feeling ill, feeling better again only to fall ill a few moments later), very little — if any — of the crucial details are revealed for the player to provide any form of contingency or general tactics in order to fight-back. And while the game does admittedly pivot in the opposite direction as well — a possible infestation of alien life-forms so easily dealt with by a well-placed turret or couple of pop-shots from your rifle — that’s no excuse for what feels more and more like a fruitless battle that automatically equates to mission failure.

Even if you desperately move the ship out of range of a supposed pirate ship or further afield into low danger space, the fact threats infinitely respawn at random with no means to assess and deduce a solution, only comes across as horridly unfair odds. One could argue that such an immediate shift from normality to tragic losses is the price one pays for venturing into higher risk regions, but again, the point is Genesis doesn’t even bother with the finer details other than some vague denoting of risk, for players to make a considered approach on how to meet their requirements. Outside of slowly grinding resources in low risk space, of which there is a finite amount — sooner or later, requiring you to gamble with the procedural elements in place and left at the game’s unpredictable mercy. 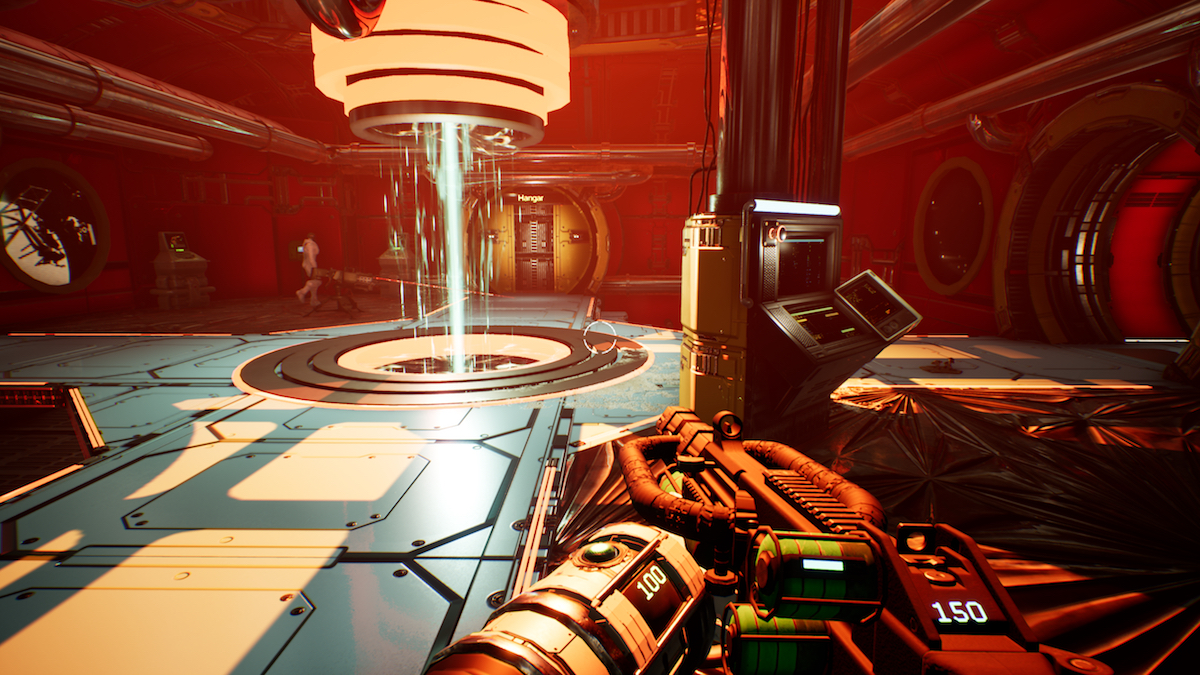 It’s a shame that a game of such promise and ambition ends up in such a questionably lacking state as this, for Genesis Alpha One wields a fair number of interesting ideas, mechanics and spins on such things as roguelike exploration and base-building methodology that work wonders when feeding back into the core premise of managing all aspects of a ship journeying through space. Unfortunately the considerable lack of polish, indecisively wonky aesthetic and utterly dismal implementation of random events both visually and structurally — of which can leave your six/seven/eight hour run feeling wasted for nothing — leaves Genesis Alpha One feeling like an early build with far too many a hole to plug. There are some pleasant joys and novel moments to be had amidst the mundane and the cumbersome, but in the end, Radiation Blue’s multi-genre spanning venture — ambitious its intentions may be — delivers both an underbaked and amateurishly constrained effort.