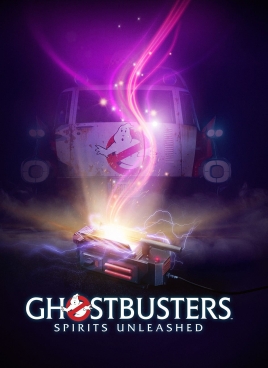 The Ghostbusters have seen yet another resurgence after the release of Afterlife and now a game is out to celebrate the history of the franchise with original cast members from the film series. Spirits Unleashed is an asymmetrical shooter where you can either play as a ghostbuster or as a ghost. The gameplay variety for the core game is impressive and unlike most shooters out there, this one does allow you explore a cool hub world in the form of the legendary firehouse — now under the management of Winston, with some fun to be had nearby with Dan Aykroyd’s Ray.

The Ghostbusters license is well used overall and while it doesn’t have 100% of the living cast available for it, there’s enough here to make it feel authentic and the usage of a fully-explorable firehouse helps a lot too. The hub area keeps enough of the ’80s vibe alive in it to continue the idea of this always being a bit of a ramshackle organization, with a more modern twist since Winston and Ray have visually aged, but just enough to let you know that they’re older and wiser than before and not so much playing them up as old men.

Ghost playback is all about causing mayhem while the busters try to prevent it. Messing up objects and interacting with civilians are a couple of ways the ghost can alter the world and it very much reminds me of Haunting Starring Polterguy on the Genesis in that regard — only with different character motivations. There, the ghost was the protagonist out to scare civilians and he was their victim because they killed him and you wanted to see the ghost succeed. Here, ghosts are enemies to not only the ghostbusters, but also civilians roaming the area. 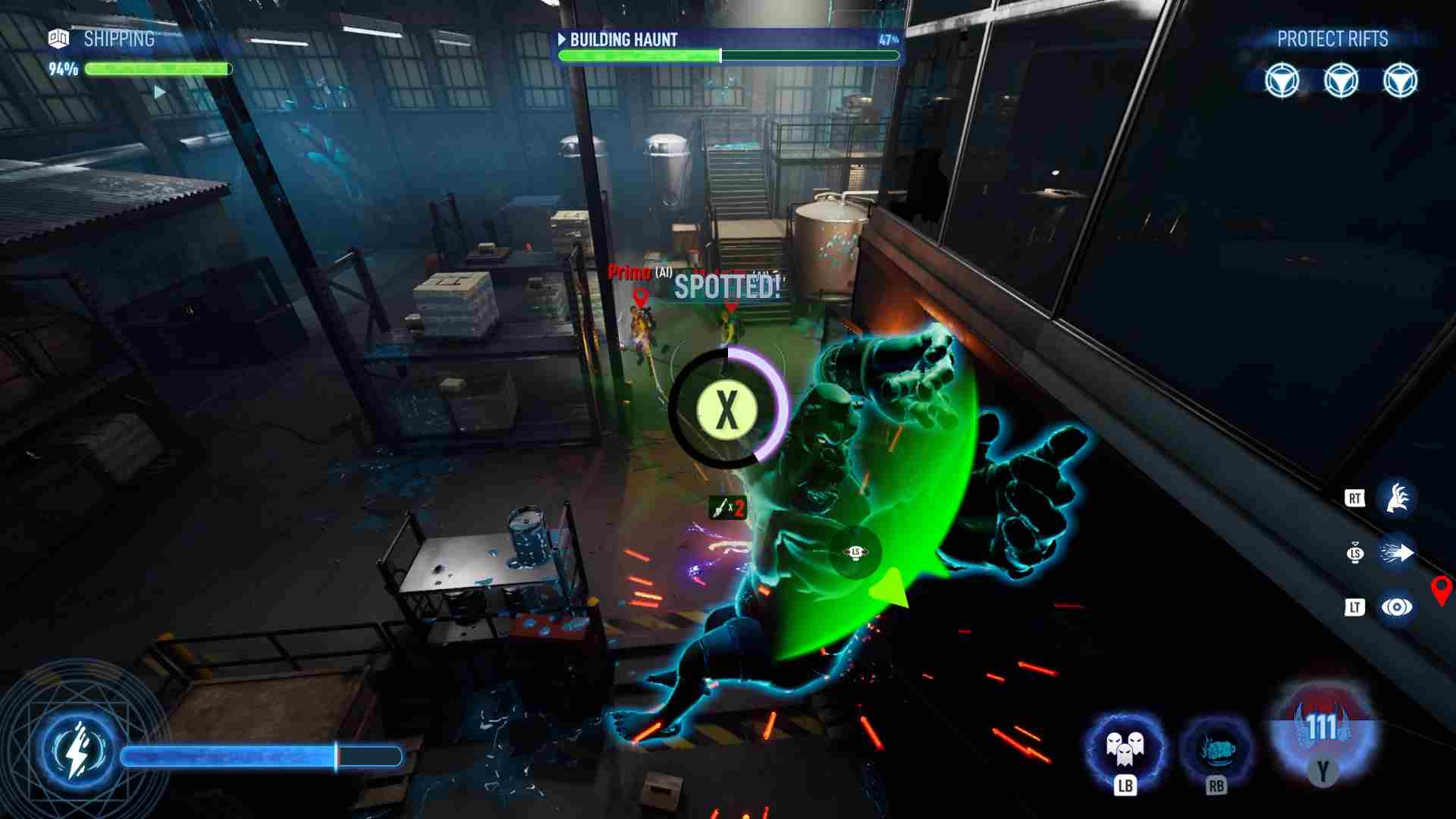 As a buster, you want to try and calm them down so they don’t flee and there’s a dialogue-timing game used to help calm people down and help the buster team’s overall score. There are also hidden items around to collect as knick knacks for your character.  There are several roles one can play without them being really named within the game itself. A player can choose to go on the offensive with blasting while someone else who is maybe more dexterous actually throws the ghost into an open trap.

The trap opening mini-game is tricky on the hands since you still have to have the ghost in your tether, move them towards it with the right stick, and use different buttons to close the trap with the ghost inside and then finally pull your trap back up. It’s clunky to do flying solo, but as a team, the format gels nicely. One player can focus on different tasks and it allows everyone to contribute to the final result. I loved going around with the PK meter to find ghosts, letting loose for a bit until the team arrived, venting my pack to avoid it overheating and then using that time to roam and find civilians to calm down.

The civilians all have different dialogue and while there aren’t a ton of different character models overall, they’re swapped around enough to work without breaking the illusion of all of these people inhabiting a single space. There’s so much fun to be had with each part of the adventure in either role. As a buster, just finding out where the ghosts are can be a challenge and it’s one that’s accented by the sound design. You roam through this large, empty space with ominous music playing and you hear your allies’ footsteps, and then maybe something falls from above — so you know to check around that area. Popping open the PK meter allows you to track ghost movement and rift patterns that you can seal up to prevent more ghosts from coming in and then you fight the ghost. There’s a slower-paced game mixed into this first-person shooter-style ghostbusting activity that feels like a payoff to everything. Taking out a ghost on its own is satisfying and winning feels like a true accomplishment and something that has been earned. Playing as the ghost is different, but more fun in the sense that it’s about causing mayhem instead of preventing it. It’s fun to destroy things, terrorize folks and avoid getting trapped. 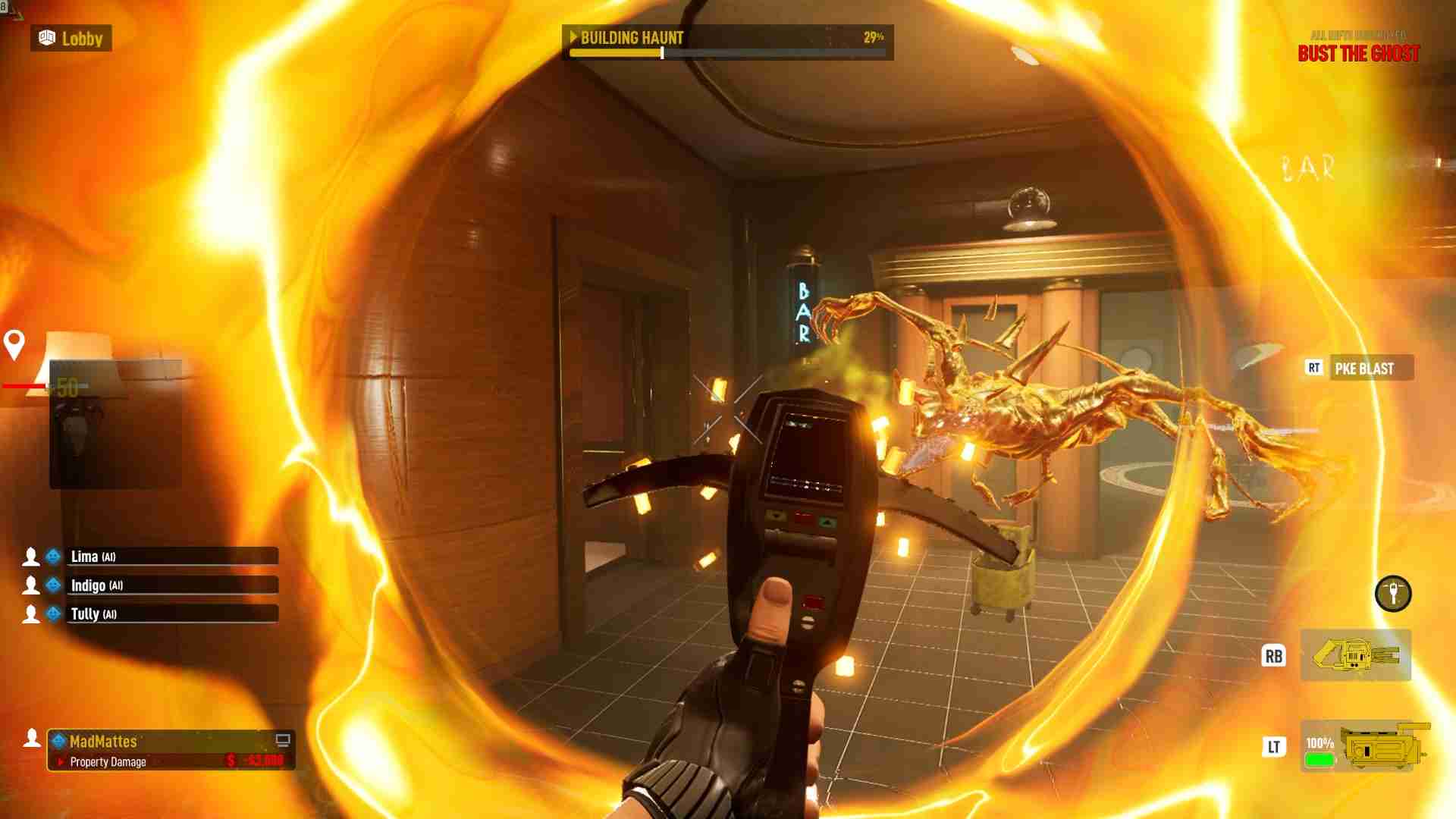 The core game design is solid for both roles and that’s especially impressive given that they’re completely different gameplay approaches, but also act as two sides of the same coin. There’s a direct cause and effect for each role and the ghosts have more power, but the busters have more ways to get the job done overall. Each role played is a lot of fun and it’s a new take on the Ghostbusters franchise that both feels natural and works in ways that just a more movie-style game can’t touch. Everything thing about this game feels like a true Ghostbusters experience and that helps make it more addictive.

Visually, Spirits Within is rock-solid and showcases the world of the Ghostbusters better than it’s been seen in a game to date. The character models are good, and since it’s a team-based game, care was clearly taken to ensure that character movement was smooth and realistic-looking. With that said, there are still signs that the game needs some more visual polish — and it’s thankfully in areas that don’t affect gameplay much. When exploring the firehouse, the reflections are just of the environment and not your character, which is odd. Thankfully, it’s a small issue overall and the effects used for all of the blaster types are fantastic. The framerate never dips even with a full screen of effects and characters.

Spirits Unleashed features the franchise’s iconic theme song and a slew of original songs for the stages themselves. The overall sound design is impressive, with the voice work getting across the importance of each job and even the civilian characters have solid voice acting. The sound effects are the real star of the show here as there’s a ton of variety with the different tools and their upgrades all changing as you level them up with use. It’s clear that a lot of care went into the sound design and it shines with 3D audio headphones or anything with surround sound. 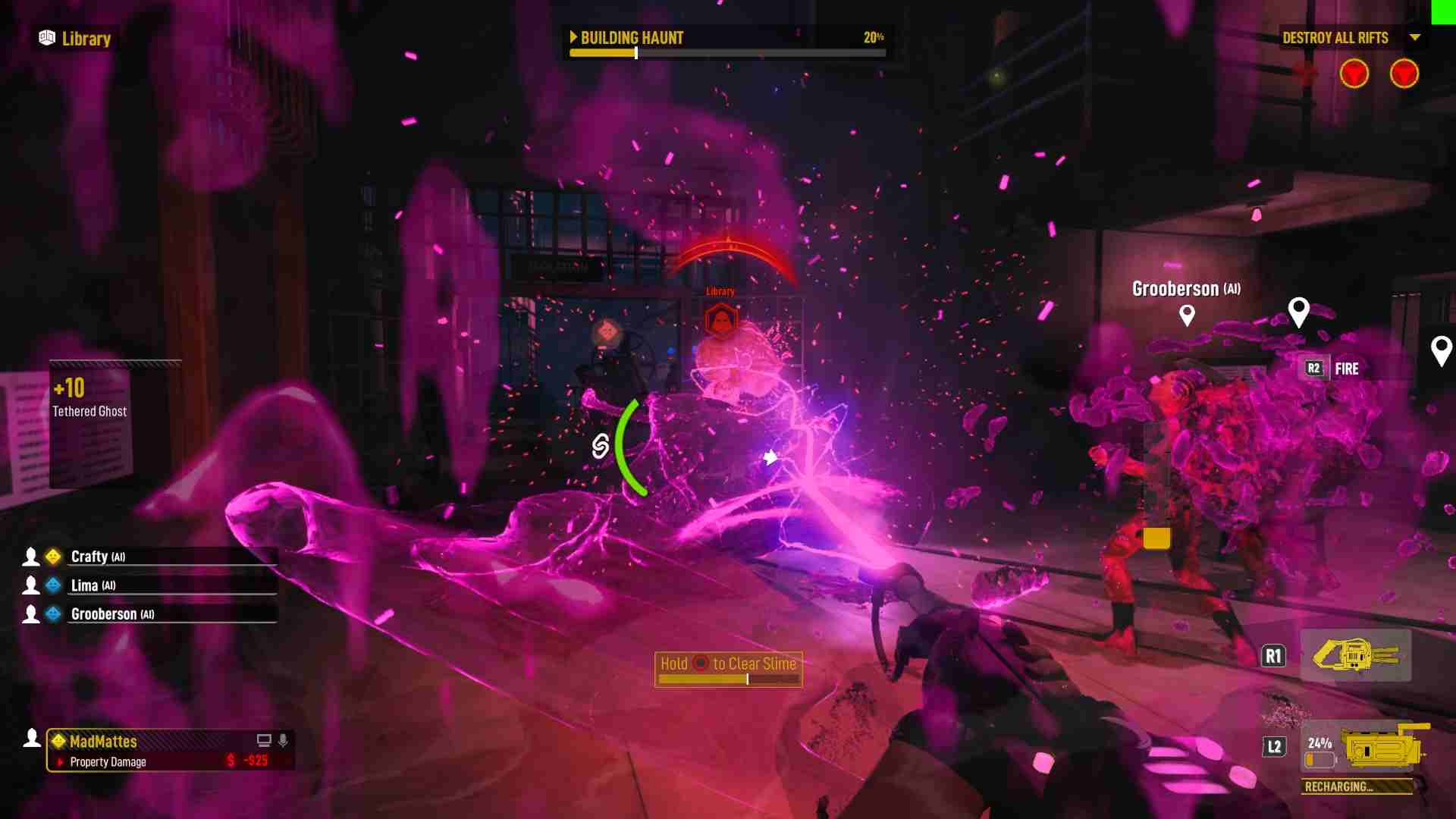 Overall, Ghostbusters: Spirits Unleashed is a well-crafted game that has a lot of polish and a ton of quality content to enjoy. Each stage is large and full of different things to do no matter what kind of playstyle you prefer. There are many different roles to play whether you’re a ghostbuster or a ghost and the core framework of both roles offers a variety of mayhem to either solve or create. Changing up how you play each role is easy with upgrade chains and skill trees and it’s got a generous leveling up system as well to minimize grinding. It’s a good-looking game with room for improvement when it comes to reflections, but nails the sound design perfectly for a team-based Ghostbusters adventure.