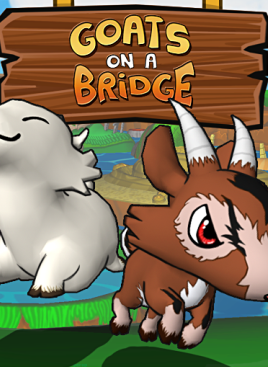 Goats on a Bridge

Three Billy Goat’s Gruff is a classic fairy tale that tells the story of three goats simply trying to cross a bridge to get a snack before getting routinely interrupted by a troll. Despite the relatively simple plot, developer Cabygon decided to work with it as inspiration for the video game Goats on a Bridge. Yes, there are three goats just as the fairy tale specifies, a troll, and a bridge. Well, honestly there are tons of bridges but that’s getting a bit ahead of ourselves. The game presents itself as a platformer but with the twist being that one player must control two goats at the same time. It’s a cool concept despite not being totally innovative in its approach.

There are only two goats to control because the third brother has apparently been captured by the troll. The two you work with, Tempo and Chubbs, are each controlled by their own set of commands. On keyboard, one receives standard WASD movement while the other receives LP;’ by default. Yeah, it’s not particularly elegant, but serviceable. You can always rebind keys as necessary. Controller play is suggested as it works in a more elegant fashion with one goat tied to left analog while the other’s on right. If you’ve played Brothers: A Tale of Two Sons or even the similar in concept platformer, The Adventures of Cookie & Cream, then you’ll certainly understand the mechanics at play. The brotherly goats also have the ability to jump and duck which are needed against obstacles, but beyond that, the controls are purposefully kept simple since you’re going to have to babysit both goats through each level. 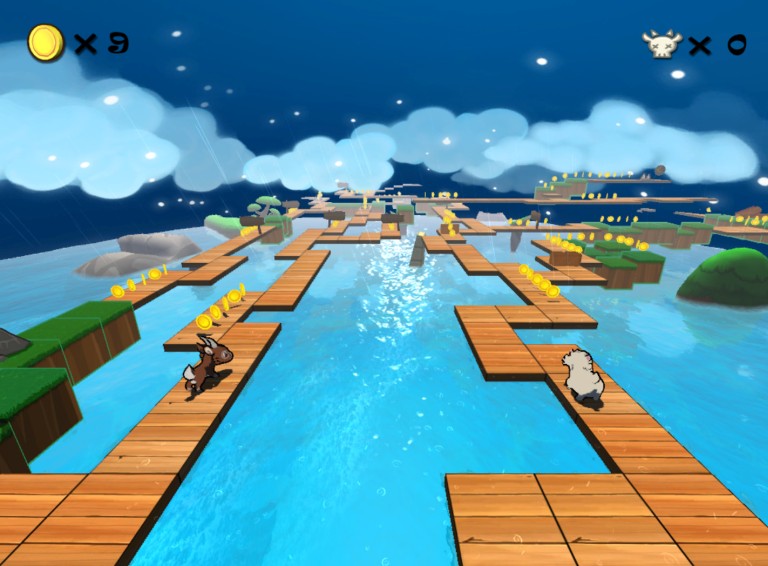 Every stage except for one follows the same general pattern. You’re presented with a 3D space where your goat pals must platform forward along bridges, green pastures, and the like to reach an exit. Although stages begin with a very leisurely pace, a timer in the form of falling platforms quickly force players to stop dawdling. This is difficult because, well, controlling two characters at once is difficult for most minds to grasp. Wrangling both to do what you want while each one’s pathway diverges is tough enough and only becomes more challenging once obstacles crop up. Once you think you’ve got it down the goat pathways will cross, forcing you to try and mentally track which goat goes with which analog stick. It’s immensely challenging but difficulty in and of itself is not a bad thing.

The part where Goats on a Bridge stumbles over its own feet is primarily based off control responsiveness. For whatever reason, these goats are often unwilling to respond to a simple jump or slide command. They also aren’t keen on executing multiple actions in a short period of time meaning that performing very quickly on any stage is usually complicated by mistakes which aren’t your fault. You’ll have hit the proper button at the right time – it just won’t register! Other great travesties while playing include the fact that the camera switches its distance from the characters. Its angle and moving distance makes it hard to get a good grasp of perspective. Is your goat too close or too far to a spike trap to safely jump over it? Unfortunately, it’s not easily discernible. 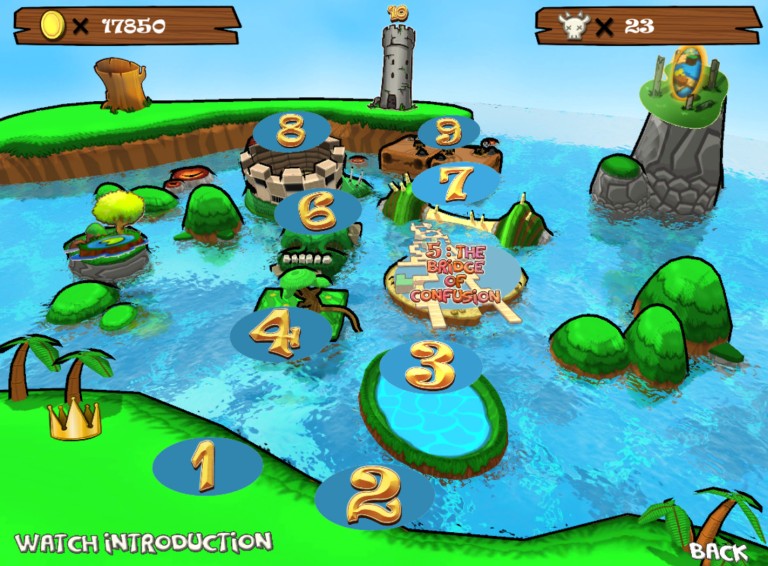 When there’s a game focused entirely on speedy, careful platforming it simply requires precise controls and a field that’s easy to “read.” As just stated, neither of these holds true here. With finicky controls it’s incredibly easy to get frustrated and get stuck performing the same level over 20 times. Then there’s those stages which completely block your view of one goat’s small platforming area with the other goat’s bridges. Falling off these small platforms results in instant stage failure, along with hitting any trap even. Maybe some of this problematic design would be passable with the right visual dressing, but Goats on a Bridge doesn’t quite make it there either.

Chubbs and Tempo are downright adorable, but that’s basically the only positive to be said from a graphical standpoint. Since this game began life as a mobile title it makes sense that it doesn’t look super fancy. Regardless, it feels mostly lifeless with a basic cartoon vibe. The music’s not bad, but since you’ll likely have to redo stages a good number of times their charming factor quickly wears off. Despite the fact that stages can take so many retries to complete, Goats on a Bridge is still surprisingly short. In all it took me a little over two hours to beat. 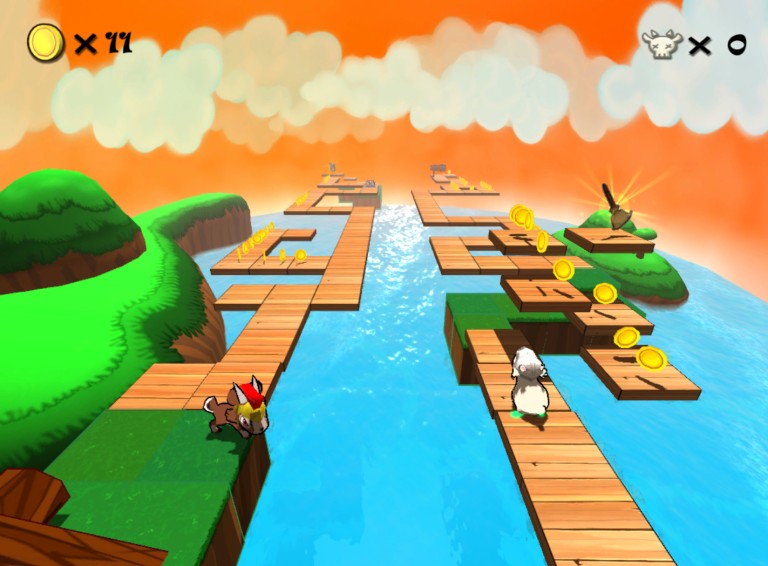 There is a lovely concept at the core of Goats on a Bridge. Having one player control two characters while platforming is innately challenging but enjoyable when executed correctly. The meshing of a classic fairy tale with this gameplay is also charming. However, this unlucky game falls flat on its face with frustratingly imprecise controls and a litany of other factors which results in a tremendously unenjoyable platforming experience. If those controls can be spruced up then perhaps there will be more reason to pick up the game. After all, there’s nothing wrong with fiendishly tough (but fair) platformers. At the moment, the Steam release of Goats on a Bridge simply isn’t ready for prime time.