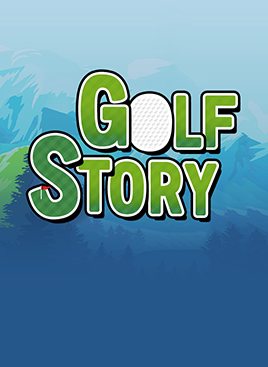 It’s become apparent in recent years that it’s the independent community where most, if not all, of the more off-the-wall ideas and quirky little premises seem to stem from. Bigger, more “AAA” investments aren’t themselves shy of tossing up a drastic shift now and then, but you can all but bank on the smaller studios — spread right across the great yonder of the world — delivering unto us a peculiar flirting with what may look, on paper, like an odd fit.

A welcome change of gears from the ample Metroidvania’s, rogue-like/lite’s or other such rekindling of former years; not that there’s anything wrong with these genres in theory, but the reason why Golf Story — the debut title by Aussie developers Sidebar Games — is such a fascinating game to dissect, is not simply the ways in which it architects the main premise: a World whose primary day-to-day function seems to revolve entirely around the sport itself. Of course it would pose little difficulty to correlate its presence on a Nintendo platform, with its RPG-lite mechanics and immediately think of Camelot’s own golfing series a la Mario Golf. And to an extent, Sidebar certainly take from that series’ stream-lined, arcade-orientated take on the nature of simulation, with its power bars and very minimal level-up progression system. Especially with that series’ portable entries on the Game Boy Color all the way up to the 3DS that often balanced the sport and RPG halves a bit more evenly.

On that alone, Golf Story is resolute enough in providing a set number of courses to tackle and scorecards to mark with the best possible score — perhaps sinking an unintentional eagle or two along the way as you pick and choose which side-quests to offer assistance to for the sake of increasing the trickle of XP. Each course, when it comes to the main story, increasing in challenge and requiring the player to think more strategically in how they make their way to each green. All the while taking into consideration common elements such as wind speed/direction and how much power/spin one should factor in. While many won’t deny this game feels much like a spiritual successor to what Camelot built for both themselves and Mario’s sport-themed spin-off’s, what makes Golf Story so appealing lies in more than just its mere golfing mechanics, sufficient as they are. 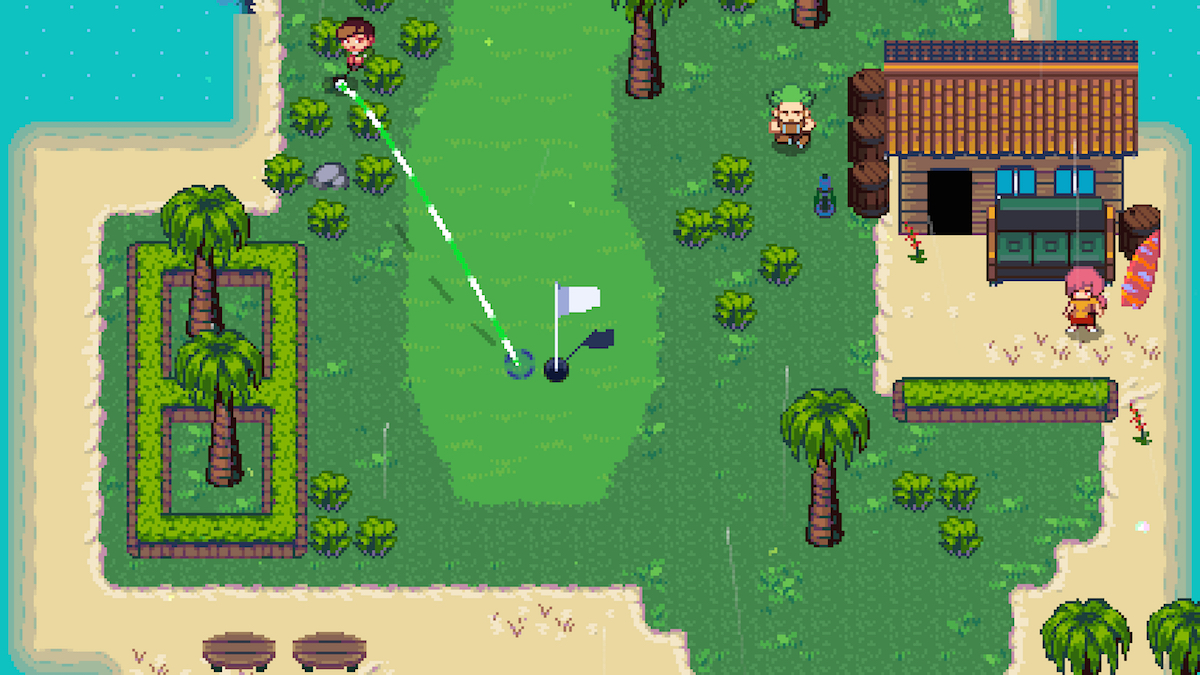 In what has already seemed like a steady trickle of golf titles released recently, as compact and as uninterested it might be in going all-in with the simulation aspects, what Sidebar have crafted here is not just the best golf game for some time, but just maybe one of more surprising hidden gems in a vast trove of great experiences in 2017. An impressive, intriguing debut on one of the more recent Nintendo Directs later and it’s safe to say that the game’s [even still] surprising loft of attention, a month or so on, is thoroughly deserved. Thus, we divert our attention away from the obvious forefront that is the bulk of the game’s content in its gameplay and instead conjure another comparison to a similarly Nintendo-owned yet much more cult-beloved title. Even from the opening sweeps of the game’s diverse yet rich palette of color (not to mention the almighty shift of such as the player-character moves from one golf course to the next) as well as the 16-bit, sprite-based animations to both the environment as well as the many characters that adorn them, there’s a definite Earthbound vibe that permeates the entirety of the game’s care-free aesthetic, presentation, but more importantly its narrative.

As such, Golf Story is one that balances the strategic thinking at the heart of its core gameplay, with a story that while not complex or as immersive in its actual detail, is undeniably charming, witty and even smart in the way it uses the very nature of speaking and character interaction to inject humor. For one, Golf Story heralds a fair number of secondary characters and NPCs alike that, 16-bit they may be, demonstrate a sizeable amount of personality despite their mere accumulation of miniature squares. From a back-talking, female rival that seems to keep too much of a tab on your progression, to a somewhat verbose if pretentious gang trying their best to initiate a new “form” of golf, to an old coach who doesn’t quite think things through. While these characters may lack, deliberately so, any would-be side-quest exposition that you would come to a standard RPG expecting, the time spent with these characters on-screen during cutscenes rarely offers a dull moment. 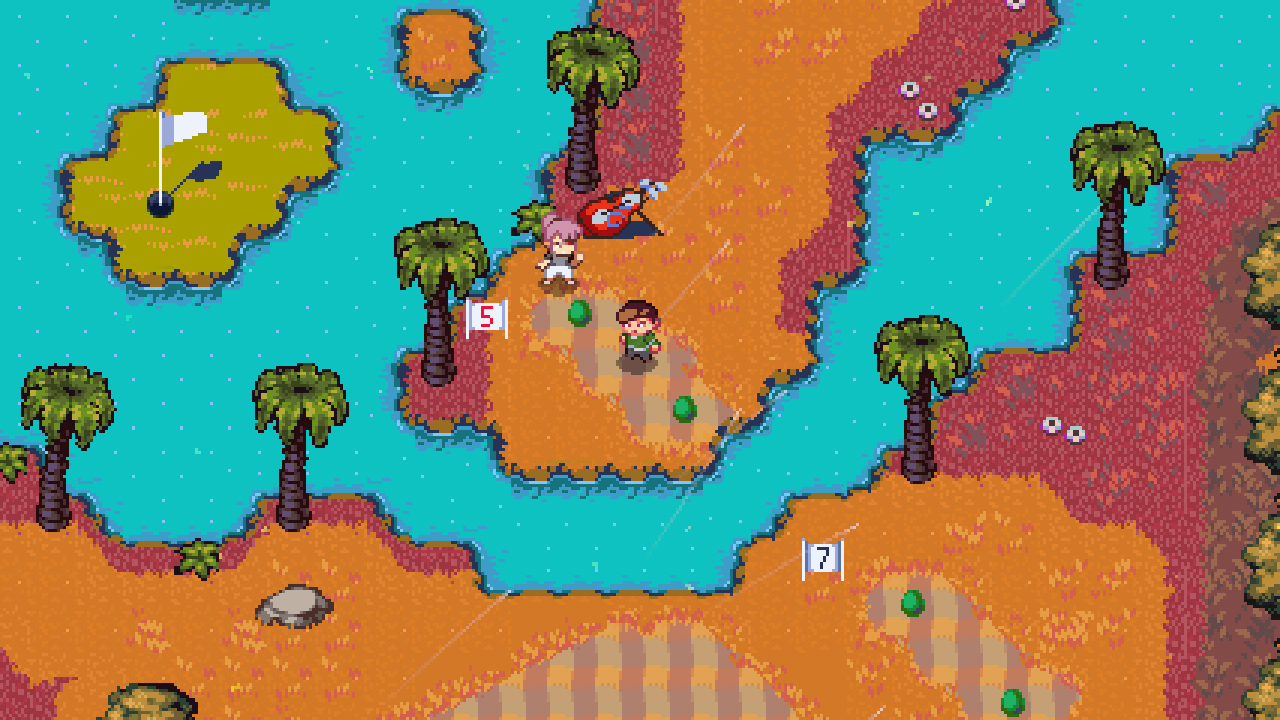 Golf Story perhaps tries too hard to initiate a punch-line or steer things too much into slapstick comedy and the progression through a pivotal story-led cutscene or transition from one set-piece to another can last a tad too long in these moments. But there’s no denying there’s a clear third-dimension narratively to what are essentially 2D-drawn characters. At the very least, Sidebar’s attempts to crack jokes alone works in the grand scheme of things. It’s a shame then that the RPG side to the game isn’t given as rich a focus as its writing so clearly shows and while this simplicity doesn’t, as noted, render the gameplay drab or otherwise unappealing, the hollow sense of upgrading and leveling-up — outside of an interesting dilemma when picking whether to prioritize raw strength/power over your the more specific traits — can find itself overshadowed by the genuinely great writing.

Perhaps it’s the upturn in difficulty around the latter-half of the game and the story’s progression where the biggest (though not damaging) gripes regarding the core gameplay itself, pop up. While the game does cleverly teach you about such things as stage hazards and being tactical about one’s swing, Golf Story doesn’t quite get the balance right in later periods wherein the more obtuse hazards come across as a little too punishing and admittedly present for the sake of making courses feel different. It’s an odd halting of gradually-built confidence and it’ll likely be the point that will garner the most frustration — more so than all previous courses/regions combined. Another minor criticism is that the side-quests during the second half don’t quite match the variety and whimsical nature of the first half with some ideas repeated and even devolving into mere fetch-quest standards in a game that doesn’t need filler content such as this. 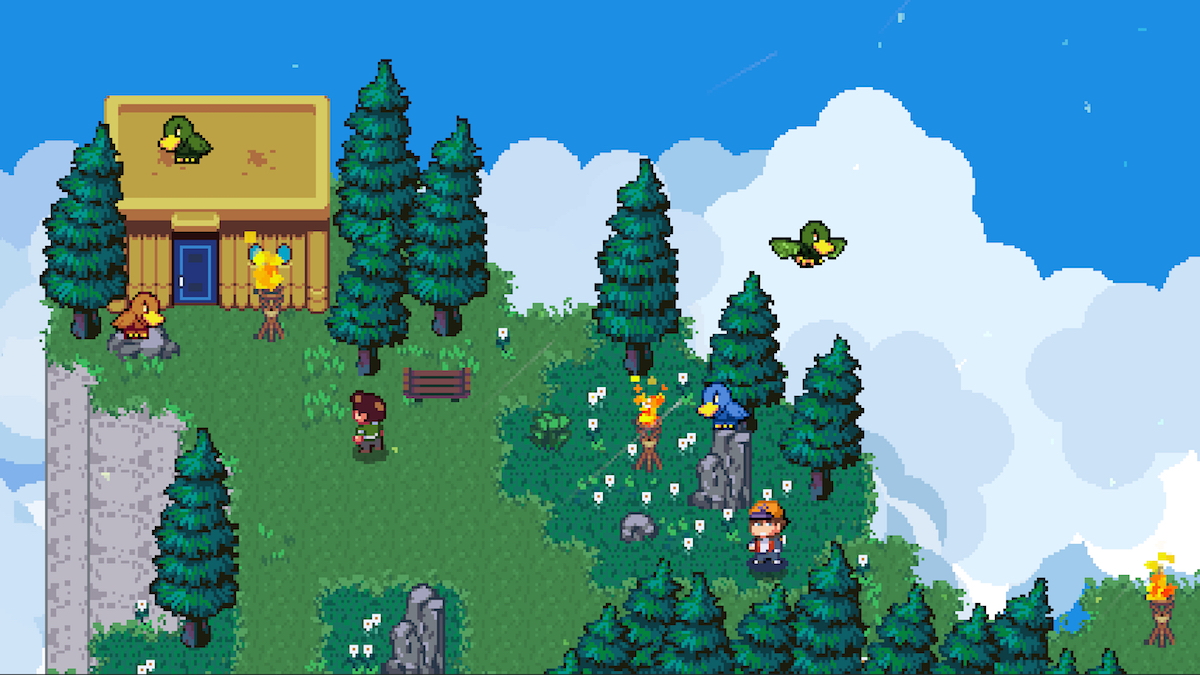 While the actual RPG elements may initially appear thin at times, the well-delivered and genuinely funny writing is not only one of Golf Story‘s hidden traits, but something that will keep Sidebar’s entrant a much talked-about title, even for a console that has already garnered a fair few highlights. While a story or intriguing use of narrative might have only gone so far, though, Golf Story’s easy-to-grasp; hard-to-master core gameplay — that still manages to pace its teaching players the smaller details — is what will keep players coming back for more. Having them hunt down even the additional side-quests on top, no matter how zany or surreal the premise might be. It’s this unorthodox approach ultimately that gives Golf Story its unique identity and undeniable appeal as both a sports title and an independent release. While the influences are clear to see and the source material might not be entirely original, this game is wonderfully, weirdly different, but engaging all the same.