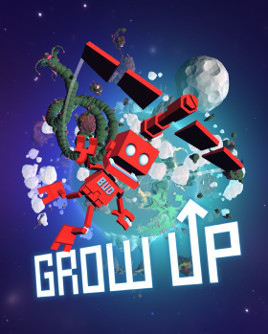 After successfully completing the botanical mission of Grow Home, we find our protagonist BUD is in the middle of a record long losing streak in tic tac toe against the maternal mothership MOM.  All seems to be well, if you can call a losing streak in excess of 12,000 going well, until the ship stumbles into a meteor storm.  MOM successfully dodges these giant space rocks with the finesse and agility of a cat that has been trained by Russian gymnasts since it was but a wee kitten, that is until a very inconveniently placed moon happens to pop into the view.  Taking a page from the King of all Cosmos, MOM crashes into the moon in hopes that it will be blown into millions of katamari like that one night bender when the King obliterated the stars.  Sadly, the moon recognized that MOM did not possess the authority to exercise royal prerogative and it was MOM who ended up smashed into bits, leaving the moon virtually unscathed.  After hurtling through space, BUD finds himself on a new alien world surrounded by gigantic plants of the fungal persuasion.  This is how BUD’s new mission beings in Grow Up.

Ignoring the obvious questions that most physicists would ask regarding how BUD did not end up in a million little pieces, BUD must now figure out what to do with himself.  BUD gets some guidance from another useful robot named POD.  We know POD is a friendly robot since its name is a three letter acronym which is what all the cool robots are named these days.  POD is able to provide BUD an overhead aerial view of the world to help him locate ability upgrades that are conveniently on this planet, as well as finding the various pieces of MOM.  POD also instructs BUD on how to capture floraform data.  This is where BUD grabs onto a plant and extracts whatever plant DNA is available and now has the ability to throw seeds that almost instantly grow into fully mature plant specimens.  There is when the reviewer’s objective fulfillment train got derailed. 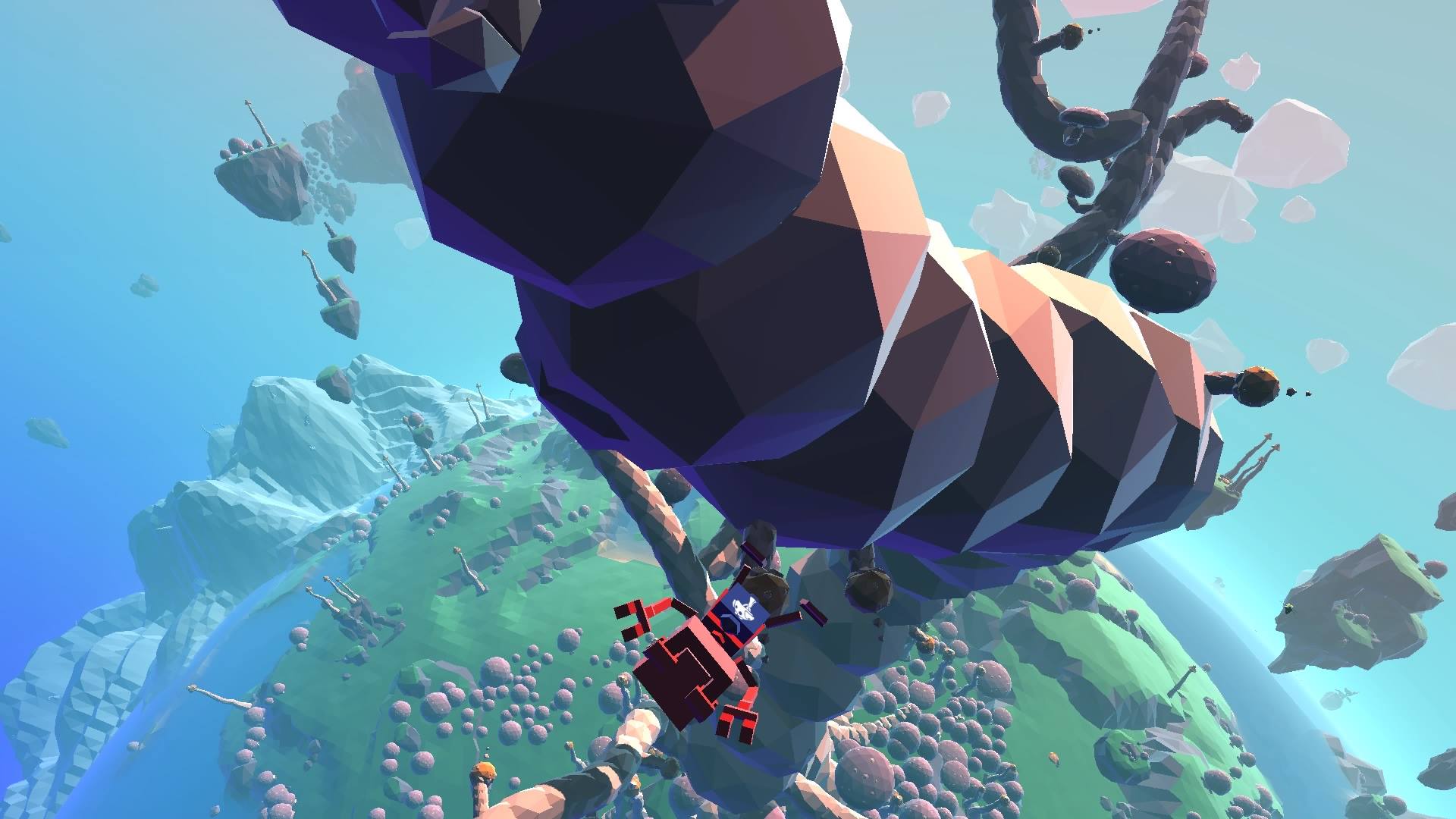 POD instructs BUD to travel to the star plant via giant mushrooms with trampoline tops and ride some self propelled quick growing branches into floating energy rocks to make the starplant grow higher and reach new areas, which is a directive that is eventually complied with after covering the landscape with numerous fungal trampolines.  Like Grow Home before it, BUD walks about the planet as if there are banana peels attached to the bottom of his/her/its feet.  Most of the time the robot’s bumbling and clumsy control mechanics add a weird element of charm to the game even though such a thing in most games would turn me into a 500 lb green hulking steroid monster of rage.  There are times when it leads to frustration, such as climbing 500 meters up said starplant, missing a jump, and having to start the ascent from scratch.  The same can be said when successfully landing a jump to one of the random floating islands only to slide off because whoever built BUD forgot to include brakes, and thus plummet a very far distance down and having to figure out a way to return to wherever the fall took place.

Despite sometimes feeling like roller skating on a frozen pond, controlling BUD is actually fun.  BUD is able to climb vertical surfaces through the use of the shoulder buttons and thumbstick which is actually fun to do, it somewhat simulates the movements of how one would actually climb a rock, at least as well as one can expect a game controller to be capable of doing..  The jetpack is a fun piece of equipment built into BUD, and this can be used in conjunction with a glider attachment once that ability is found.  One of the more amusing ways to waste time in Grow Home is with the use of the ability that allows BUD to turn into a spinning ball.  Call it immature, call it sadistic, I do not care, I shamelessly admit that rolling BUD into a ball to take out the giant bugs that roam around this planet is an enjoyable activity. 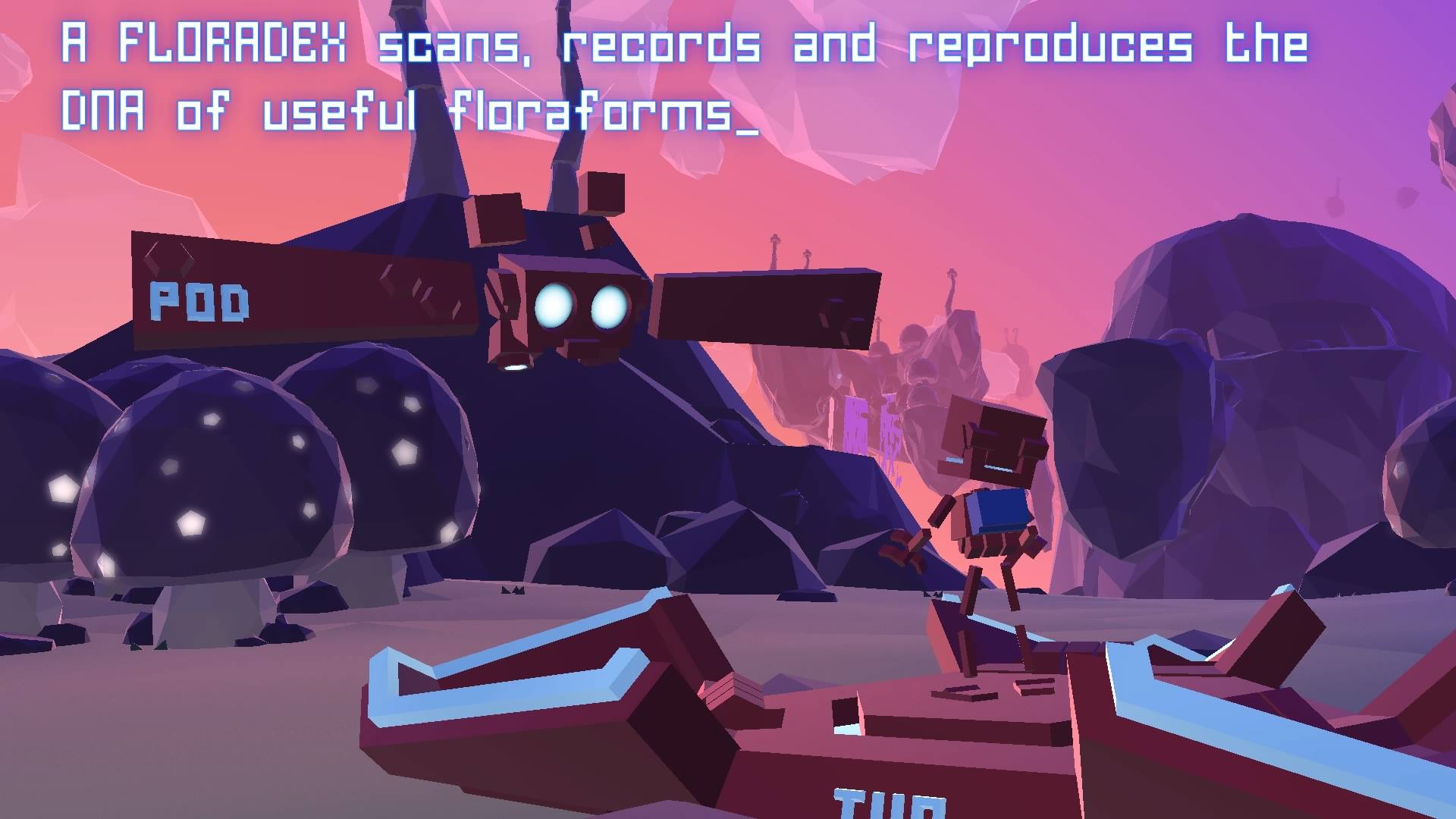 The world BUD is marooned on is actually quite a beautiful world and the fact the player can shape its appearance to some degree only improves it.  Everything in the world can be reached via some form of transportation, whether it involves BUD’s abilities or utilizing some form of plant based propulsion.  BUD can also get special suits that create different effects, including one that makes plants grow to be twice as large as they normally are.  The rotation of the planet makes it so half the world is night while the other half is day, because that’s what a planet’s rotation does, and this causes all areas to shift between different color themes.  Watching an area that is shrouded in blues and purples shift into a bright and vibrant world when the sun rises is a simple pleasure to enjoy but a pleasure nonetheless.

Grow Up is an open world playground.  If the game were to be played by simply focusing on achieving the plot objectives, it would take about three to four hours to complete.  This is not the recommended way to play Grow Up.  There are optional challenges to be completed throughout this vast world, but what was personally the most enjoyable aspect of this title was just screwing off.  Rolling BUD into a ball and waiting for a plant that has a catapult function to launch the red robot through the clouds was one of many available ways to waste time.  Base jumping from a floating island several miles above ground and opening the glider at the last second to avoid ending up in more pieces than MOM was another one, plus there are some great views during the free fall.  As a robot BUD is somewhat hydrophobic and will be destroyed by entering a body of water.  This can be rectified by covering an entire body of water with lily pads.  The main quest is there to complete and it is enjoyable, but the real fun comes from treating Grow Up like the playground it is. 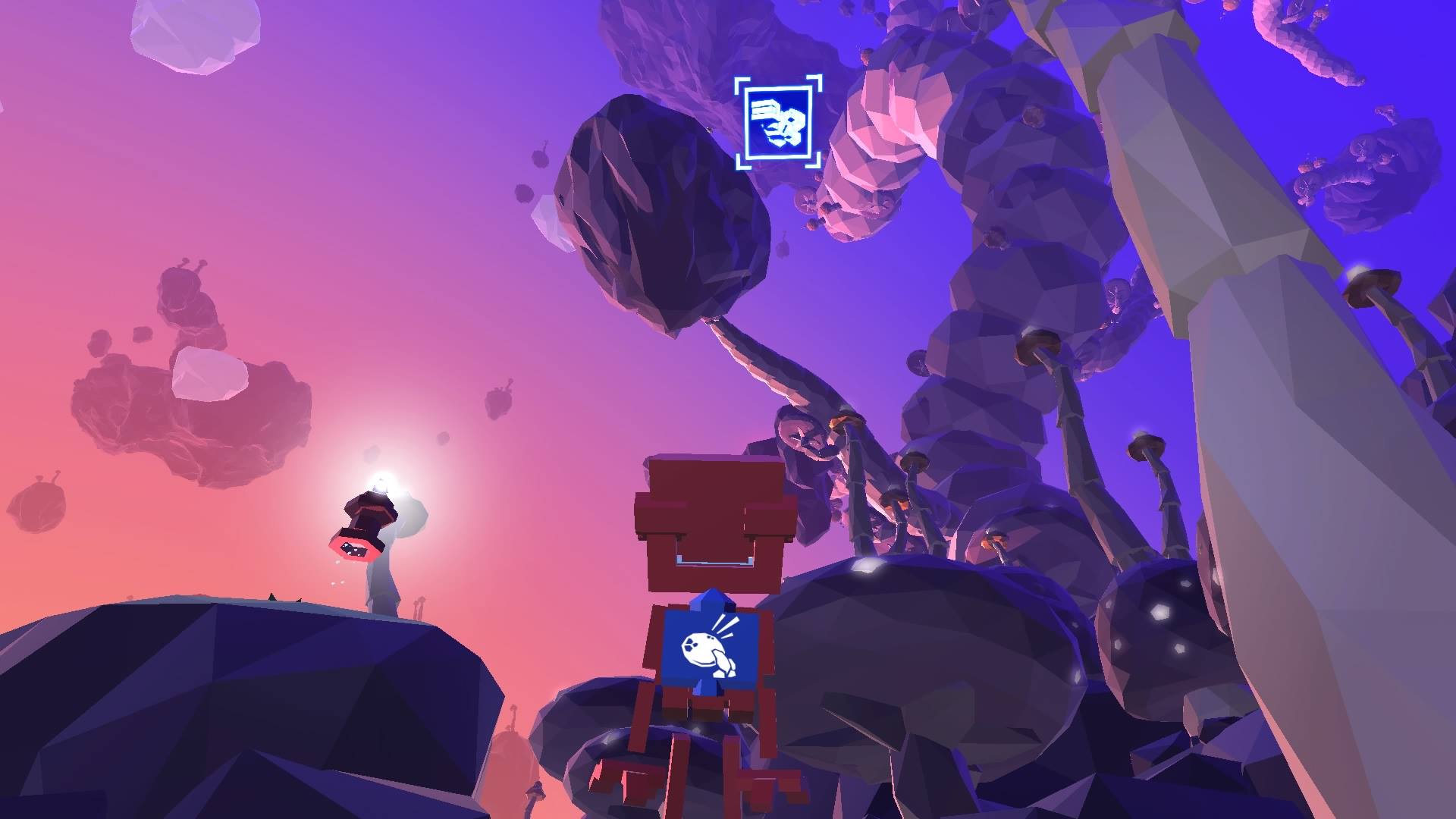 Grow Up is a worthy follow up to Grow Home.  The controls are the weakest aspect, a critique shared with its predecessor, but don’t ruin the game.  The campaign mode is about as straightforward and stripped down as it can get; explore everywhere, collect everything and eventually all MOM’s pieces are found and she is put back together and BUD succeeds where all the king’s horses and all the king’s men have failed.  Despite the janky controls and short campaign, there is a great deal of fun to be had. During the review it took forever to make any progress in the actual main objectives because I was too busy getting distracted by just playing around and wasting time — the examples given above are only a few of the distractions I created for myself.  A four hour campaign is short, but during the review playthrough I got much more than four hours of enjoyment out of it.  For the asking price of ten bucks, it would be difficult to find more enjoyment.