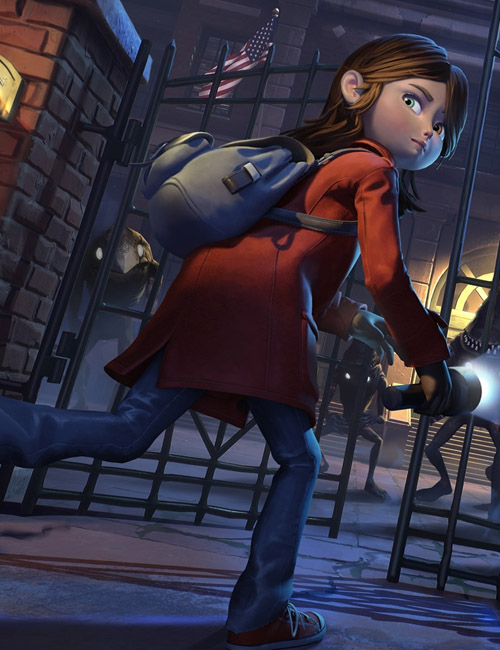 Launching a new IP as the sole exclusive title on a new gaming platform is somewhat of an odd decision. Without a recognizable character or built-in user base this is a bit of a gamble but that is exactly what Tequila Works is doing with GYLT. Having released other well-regarded titles like The Sexy Brutale and Deadlight, Tequila Works has established that they can create unique gaming experiences. What awaits for us in GYLT appears to be something completely different just by reading the brief plot description and looking at the screenshots but it could be another worthwhile title from this developer.

GYLT begins with players taking on the role of Sally, a young girl who is putting up flyers for her missing cousin Emily. Everything seems normal, including the reminder that people are terrible when Sally is taunted and chased by a group of people in a car. Sally escapes her tormentors but crashes her bicycle, forcing her to find an alternate way back home. When she finally gets there things are inexplicably amiss. The city looks abandoned after some destructive event occurred in her absence. What happened and what greater significance is attached to this event is unknown but Sally remains undeterred in her quest to find her missing cousin.

Sally travels to the school where she sees Emily is hiding but something about this situation doesn’t seem right. Why is Emily hiding in the school and where is everyone else in the town? And of course there is a monster infestation to further complicate matters, and Sally isn’t exactly built for combat. Whatever happened here defies any explanation but this is clearly not the town Sally left and Emily is clearly in more danger than Sally originally thought. By comparison, the terrible people that led to Sally’s bike accident appear far less threatening by comparison. 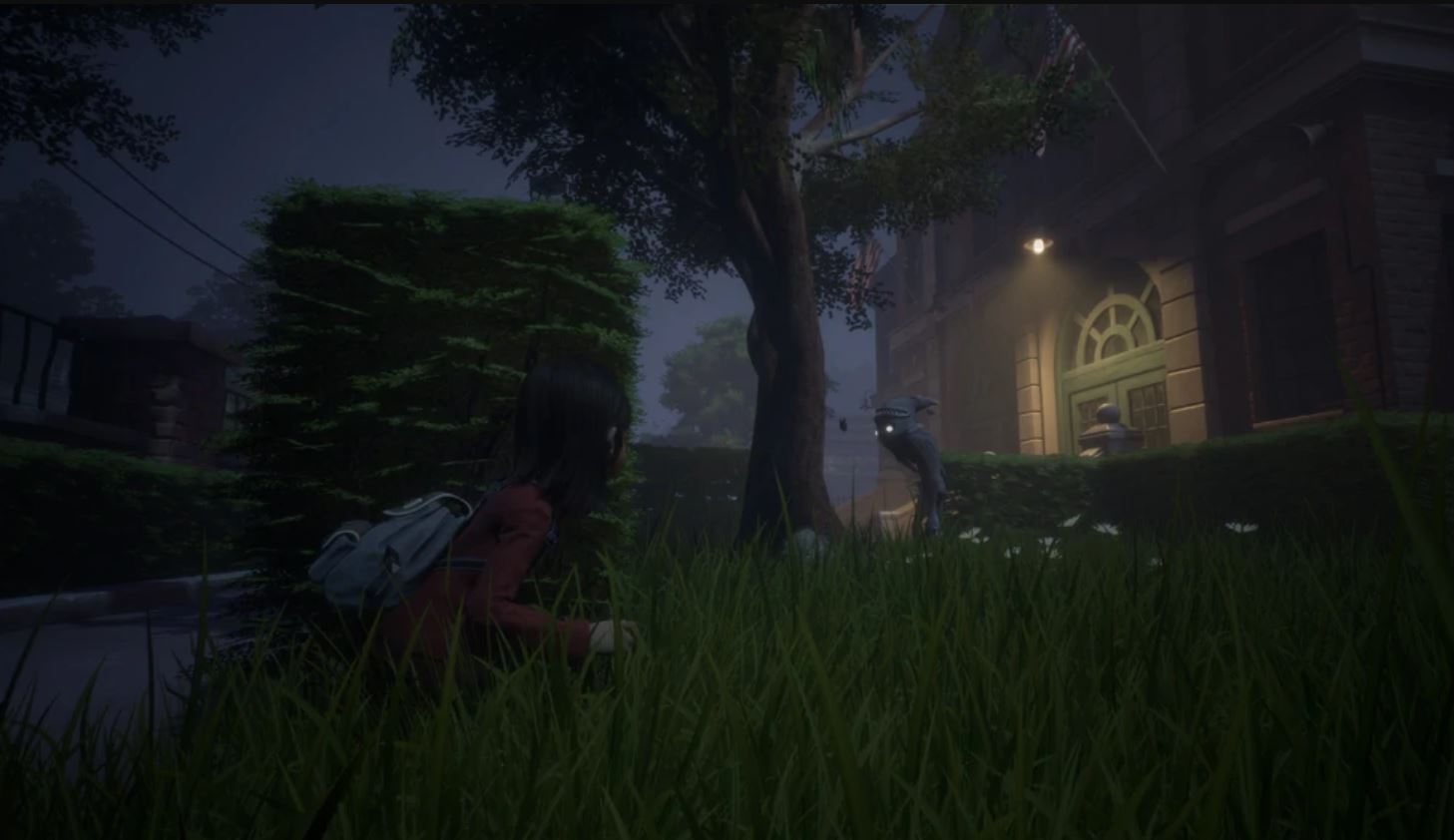 GYLT is billed as an action adventure/horror game but there are notable elements of stealth with some puzzle solving. As stated above Sally is not exactly a seasoned pugilist so she needs to sneak around the monsters. There are a few things she can do to draw the monster attention away from her, such as shining her flashlight somewhere or throwing an object to distract the monsters. Moving quietly and keeping a low profile is essential, but the game is at least kind enough to offer color coded indicators over how cognizant the monsters are to Sally’s whereabouts. For some of the game Sally is defenseless against these nightmarish creatures, so using the debris covered terrain or ducking into vents for cover can be advantageous in many situations. The atmosphere of GYLT is creepy and unsettling, so having game mechanics play into Sally’s helplessness and sense of survival contribute to the overall experience.

When monsters do see Sally some excitement can happen as she can choose to either let the monsters eat her or flee for her safety. She can attempt to shove the monsters away from her, but all that does is buy her a couple seconds to continue fleeing until she can find a safe hiding spot. She can acquire some tools that can bring a more permanent end to the threat but even with those combat isn’t the main focus of the game and in the areas with multiple creatures she won’t be able to take them all on. Sally’s almost helpless state does add to the sense of immersion. When monsters come into the play the emphasis is more on avoiding and outsmarting them than it is in going in toe to toe combat, forcing the player to hide and sneak as they navigate the infested town. 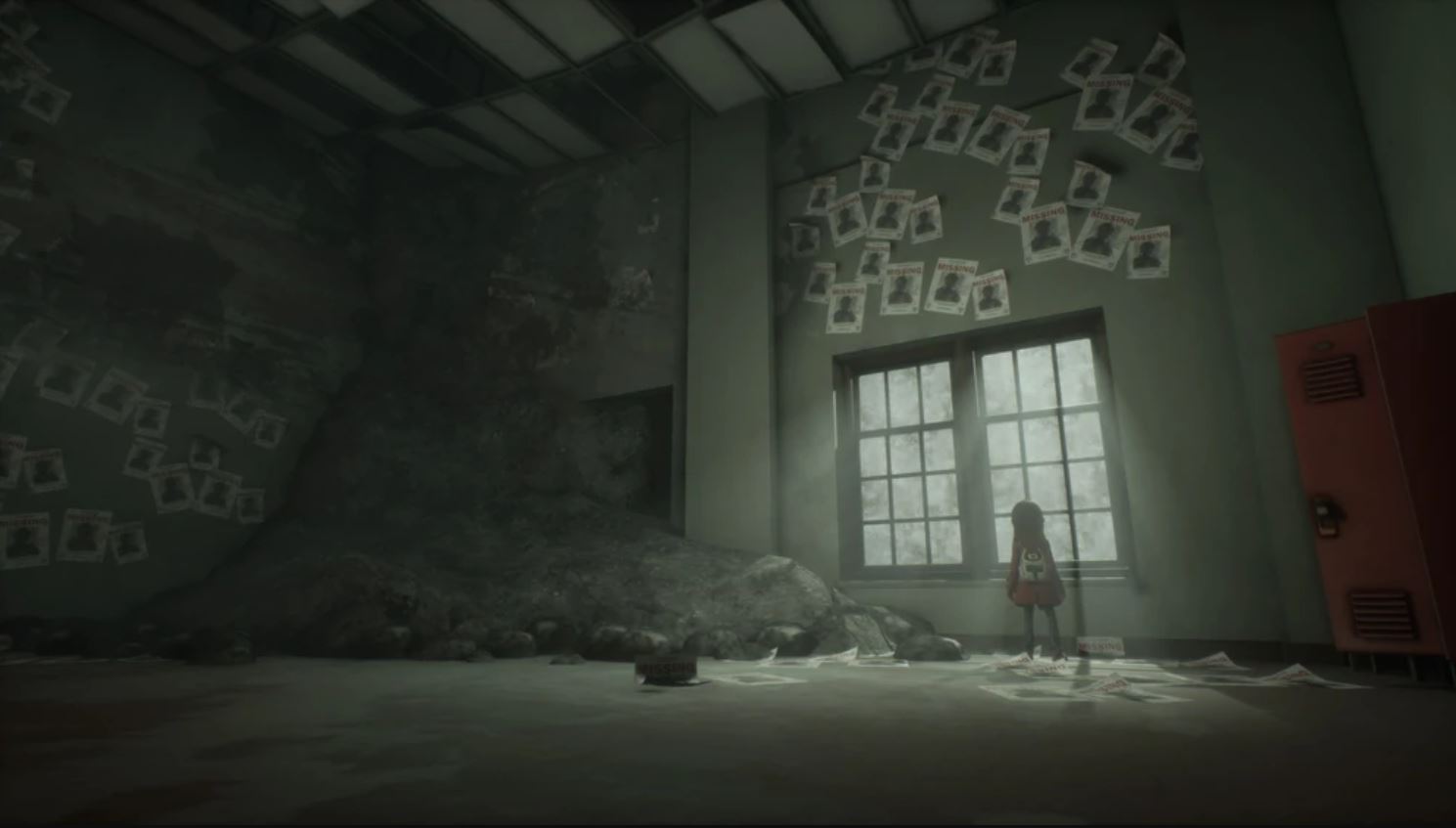 The world of GYLT isn’t well explained or detailed at first but the development team used an approach to create an intriguing world. Amidst the debris and ruins that Sally must sift through old books and journal entries are uncovered that reveal memories of other residents of this once proud mining town. What significance these tomes have will not be revealed here, but they help bring the world of GYLT to life where it feels like there was much a real community of people before whatever happened that brought these twisted looking monsters to town. The dark atmosphere is a good contrast to the cartoonish character designs. There aren’t quest markers guiding the player in where to take Sally so sometimes it takes some careful wandering to figure things out. Knowing exactly where to go and what to solve isn’t always immediately obvious but thanks to a generous checkpoint system succumbing to monster attacks never gets too frustrating. Clearing an area involves skillfully sneaking past the monsters while figuring out how to reach the next objective point. Sometimes combat is necessary or advisable but most of the strategy goes into sneaking past them and utilizing tools of distraction.

The soundtrack of GYLT is one of the areas where this game excels. The music sets the mood and has an unnerving quality to help really drive that feeling of unease home. The creature design for the monsters appears to be Tim Burton inspired, which can cause some problems when you know Sally has to run from them but you want to admire the artistic direction the creator took with them. A technical problem with GYLT, which could honestly be generalized to all Stadia games, is even though it runs smooth most of the time server issues can quickly take the game session in a bad direction. If the internet connection gets spotty during a time Sally has to run from the monster there is no telling how or when that situation will resolve itself. 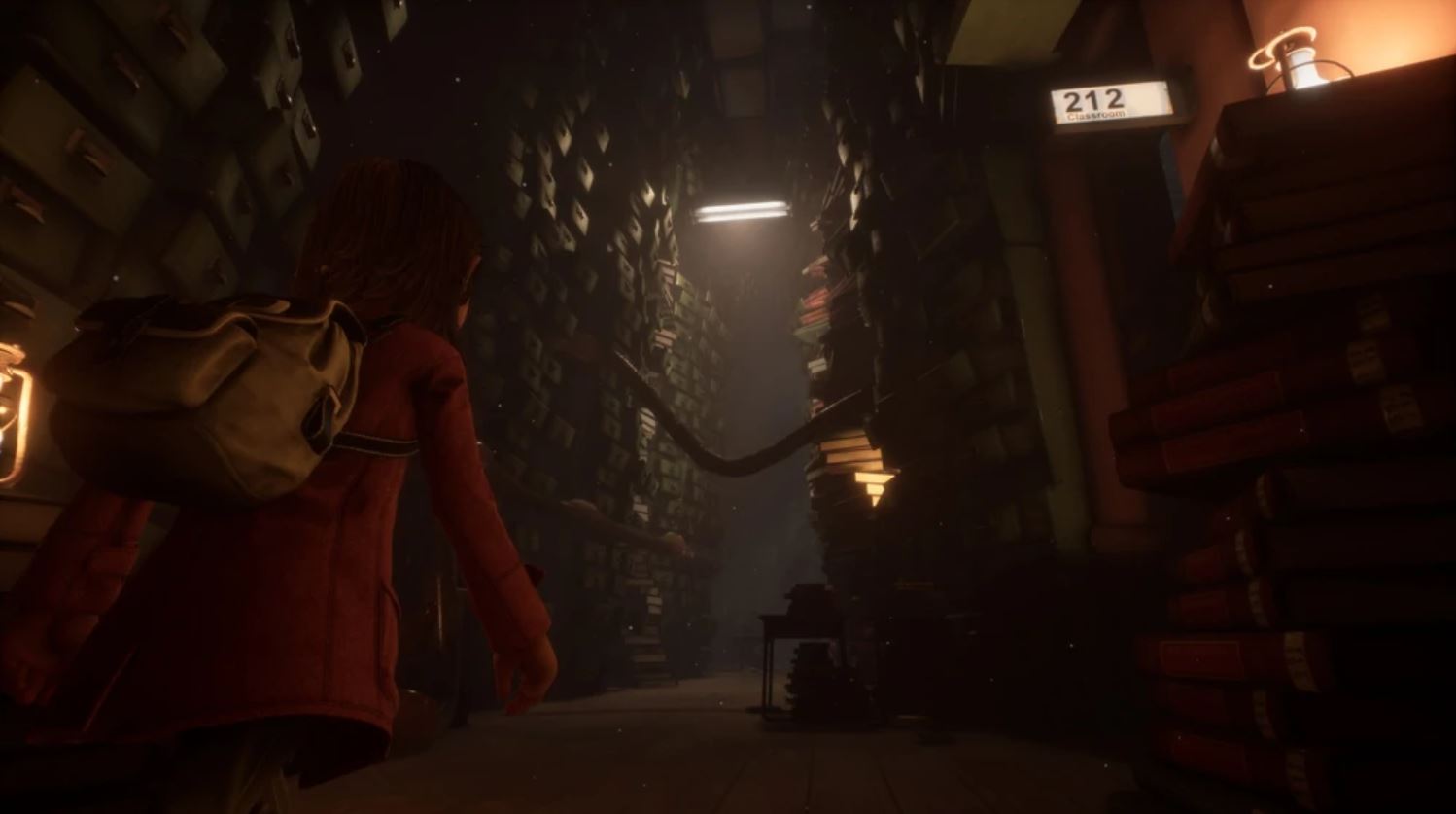 GYLT introduces a new IP to a new system with some world building elements that hearken back to some of Tequila Works’ previous titles, which isn’t a bad thing at all. The mix of action adventure with stealth gameplay elements creates a gaming experience that doesn’t get boring and the overall atmosphere has a bit of a Silent Hill vibe. The unclear circumstances that lead to the current state of Sally’s town help build intrigue as pieces of that world’s history gradually are revealed throughout the game. GYLT may not be the killer app to necessitate acquiring a Stadia, but it is an enjoyable game and a few more exclusive titles of this caliber could help make Stadia a viable contender in the video game market.