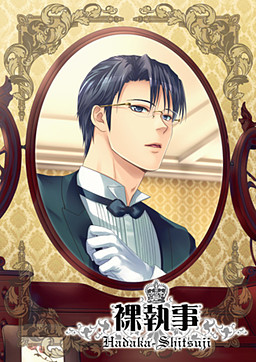 For the longest time, English-speaking visual novel fans had little to look forward to in the boys’ love, or yaoi, genre. Fortunately this has changed with the efforts of localization companies as well as indie developers. Hadaka Shitsuji was an obscure Japanese title which originally released in 2011. MangaGamer brought over an English edition in 2017 — but word really took off about the game once it finally arrived on Steam in totally uncut fashion. It was quite a shock, especially since the Steam version clearly showcases just how raunchy this title is. Valve might not be okay with a variety of sexual expression in some games, but apparently they’re fine with such content when it involves cute butlers.

Hadaka Shitsuji begins with an unbelievably enticing premise. Protagonist Tomoaki is a 21 year old without much prospects in life. He’s just been fired from his job as a restaurant server and is quickly running out of money. His fate changes the moment he notices a help wanted ad. It promises a huge sum of money to anyone, regardless of age, sex or education. The ad fails to describe exactly what the job is. Intrigued, and without any better options, Tomoaki goes to the address on the advertisement only to find himself in front of a mansion. Apparently the job is to become a substitute “master” for the mansion’s butlers while the true master is away for a month. What exactly this job entails is totally up to Tomoaki.

Each butler has his own personality that helps distinguish them from one another. Tomoaki first meets Sakuma who is by far the most graceful and serious of the butlers. Then there’s the mysterious white-haired Ichinose who mostly keeps to himself. Komine is the mansion’s chef but speaks loosely about his crush on the master. Arisato is the youngest butler and a massive klutz. Toudou is a massive, muscular butler who towers over all the others but appears quite shy. Each of these characters are romanceable. There is one more butler, named Mizoguchi, but he does not partake in the erotic festivities. That’s probably due to the fact that he’s much older than the rest of the crew. 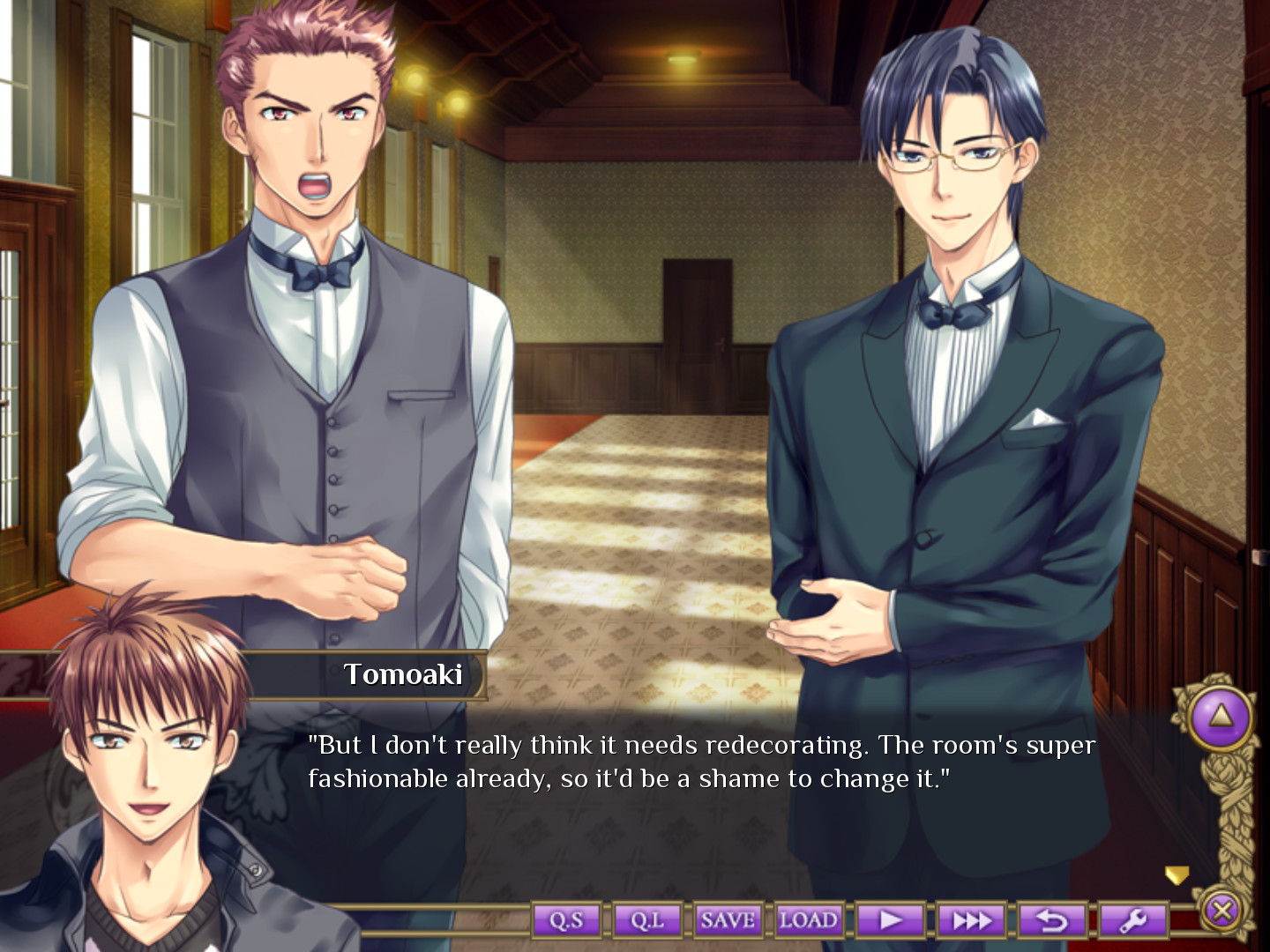 The gameplay of Hadaka Shitsuji deserves mention because it’s distinct from most other genre titles. It takes place over the course of thirty days, and each day the player gets to choose where to go in the mansion via a map. Butlers hang out in different rooms which means selecting one also starts up a visual novel sequence with that specific butler. It’s also possible to simply stay in your room all day, or go to school instead of playing around with the mansion’s staff. After a while, these segments change from simply getting to know the different characters into initiating sexual encounters with them.

It’s extremely important to note that the content in Hadaka Shitsuji might be more than some visual novel fans are expecting — or can handle. The themes can veer toward all kinds of extreme content and fetishes. Most routes also feature at least one non-consensual scene. MangaGamer provided an extremely robust content description on the game’s Steam page. Anyone considering playing this game should definitely read through the entire list rather than jumping in blindly. There is no cut content and there are no mosaics present. The version downloadable on Steam is the same as what MangaGamer provides on their storefront. 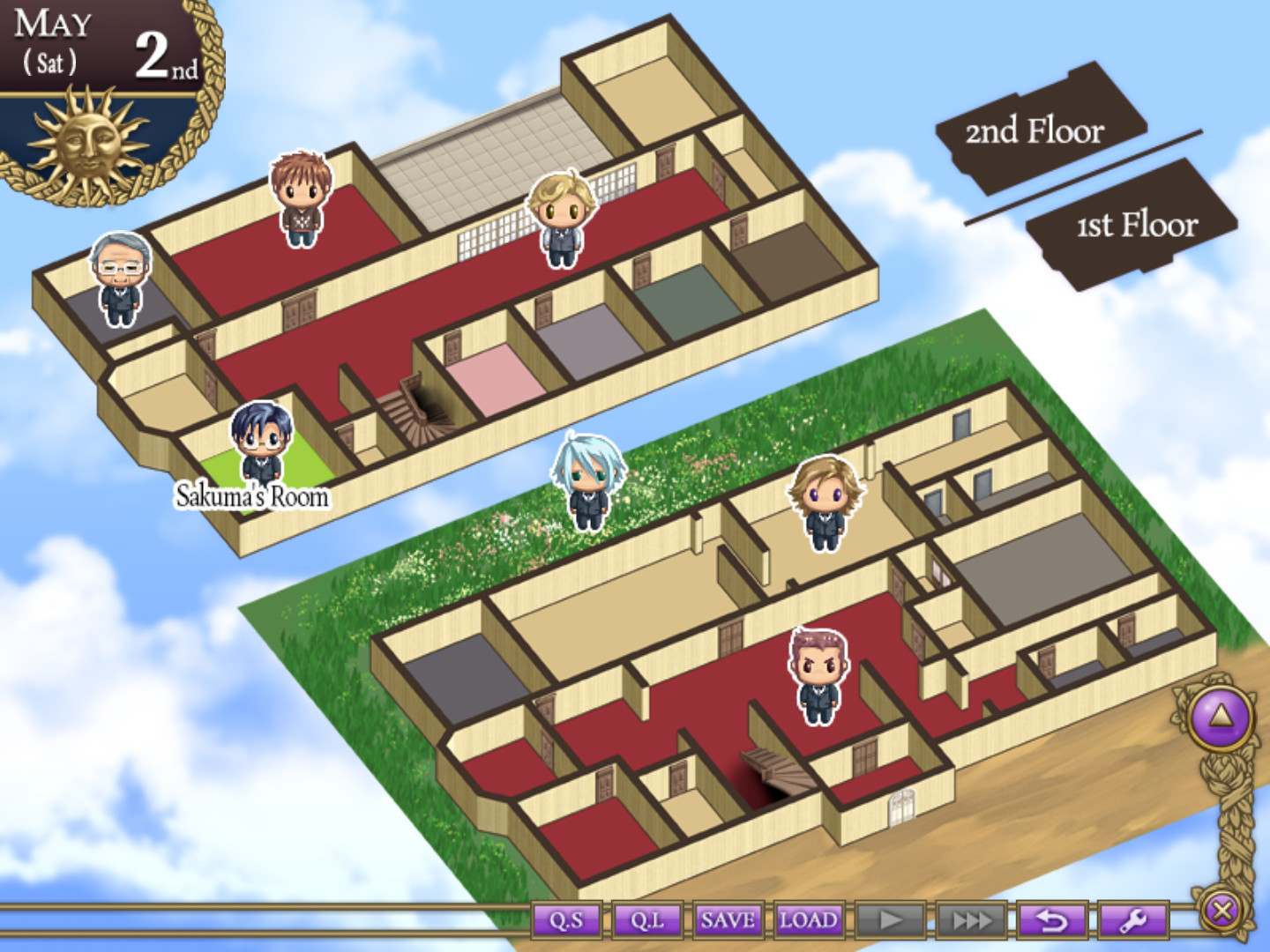 Completing the game is not as easy as it could be. In fact, at points it proves extremely tricky to determine how to achieve different endings for a butler. Each romanceable butler has multiple endings — but only one good ending. Players who go in without a guide should expect to continuously end up seeing bad ending after bad ending. The best tip for playing is to select “mean” choices, even though that is antithetical to most visual novels out there. Tomoaki may be the protagonist, but he’s hardly a positive role model. Overall it should take players anywhere from ten to thirty hours to complete depending on whether they utilize a guide or make the brave decision to go it alone.

Hadaka Shitsuji was not made by a massive studio and this shows at times. There are very few songs in the game. Even so, the soundtrack isn’t annoying or otherwise bad. The artwork also is not as polished as some may expect from other boys’ love games. It might not be flashy, but it’s still easy on the eyes. Expect to see a fair amount of CGs as well, which clearly demonstrate the multitude of situations Tomoaki forces his butlers into. Seeing the title through to its final conclusion in the true ending is interesting, but the reveal is not as shocking as the developers likely intended. 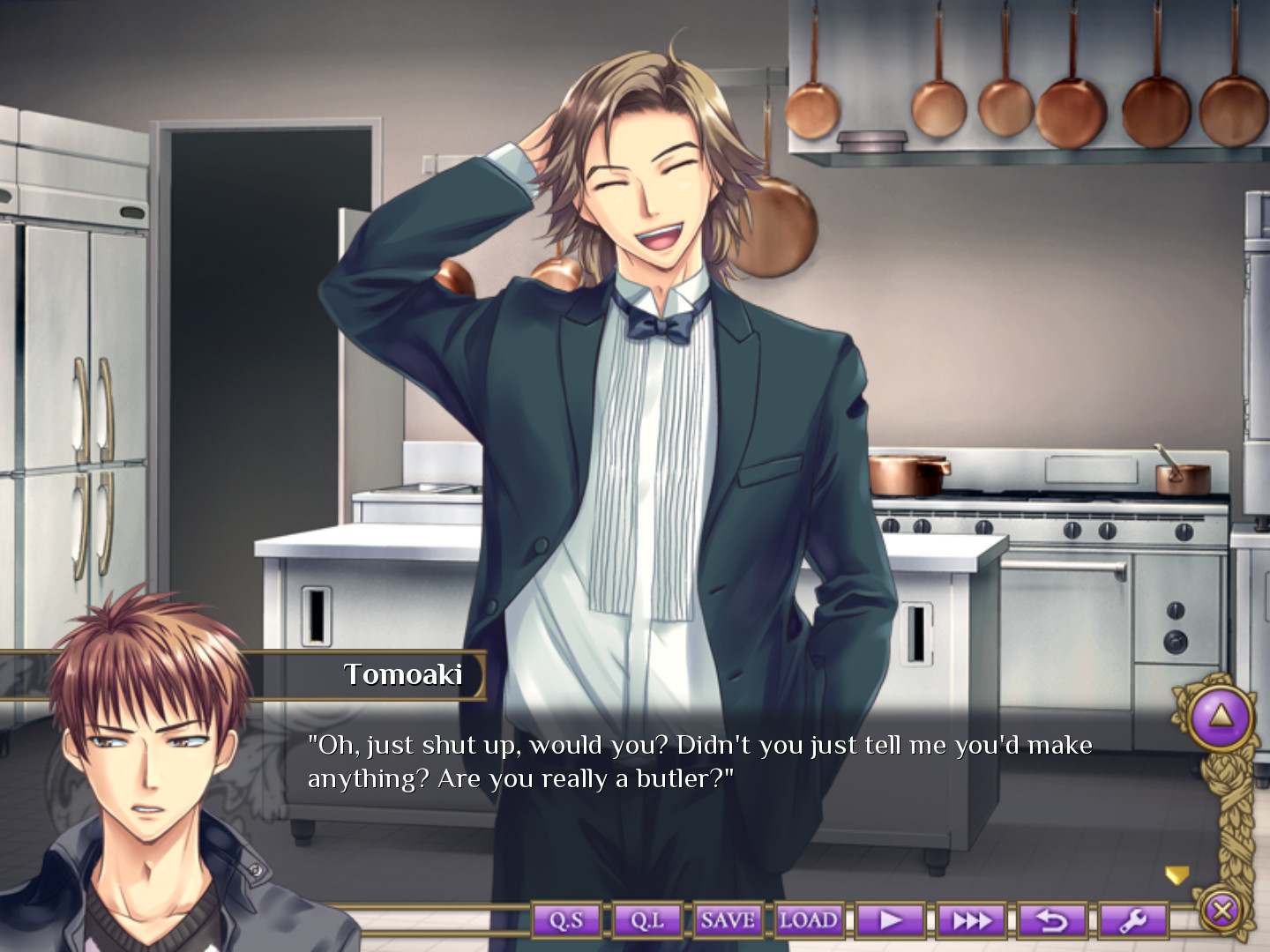 It’s extremely difficult to recommend Hadaka Shitsuji to visual novel fans out there due to two key reasons. The first is that the content included in the game is varied and quite extreme on occasion. Secondly, the routes are confusing and difficult to get right on a blind playthrough. The game is intriguing in its depiction of cruelty, but that’s certainly something of an acquired taste. Check the game out if you’ve got a taste for the extreme, sometimes absurd content, and an appreciation for butlers.