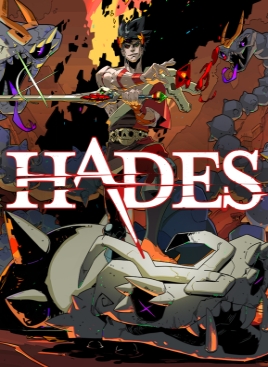 Back during the end of 2018, I decided to check out the latest then-upcoming game from Supergiant Games, Hades. An Early Access title on this new-fangled Epic Games Store, I found it to be fun, if arguably the developer’s most simple game so far, and there were a couple of potential issues. Still, I thought it could be yet another winner for Supergiant. I would have played it even more, but the nature of this job meant that I got caught up with several other games instead over the past two years or so. Hades admittedly took a back seat to more games over time, and besides, I didn’t think it was that great. Not like it was going to be Game of the Year or anything. So here we are today and cue everyone talking about how Hades is a major Game of the Year contender. The frontrunner, even. Well, I admit I didn’t see that coming.

In hindsight, I should have seen it coming, but still, even with Supergiant’s track record, does Hades actually truly live up to the reputation it has already built? Let’s find out. Okay, start game…several runs later…Yes. Hell yes. I know it might be a cliche to say this, but the hype is real, Hades is amazing and hands down a possible GOTY. This might be the most fun I’ve had in a video game all year. I could go on and on, but now I find myself having to explain exactly what makes Hades such an astonishing piece of work and why I’m addicted to it. So let’s discuss exactly what makes this isometric roguelike hack-and-slash journey through Greek mythology the true champion that it is.

Actually, I was reminded of two of my other favorite indie games in recent years while playing Hades, which probably helps explain. The first one is Huntdown, largely because I kept thinking of a particular word I used to describe it: “immaculate.” Like Huntdown, Hades has a delightfully simple gameplay setup. So much so that it doesn’t even bother with a tutorial. Zagreus hits the ground at the start of his latest attempt to escape the Underworld and immediately all the player needs to know is dash, slash, long-range attack, special attack. You collect various Boons, keepsakes, weapon buffs and more in order to become more powerful, and in between runs, you unlock various bonuses for later. 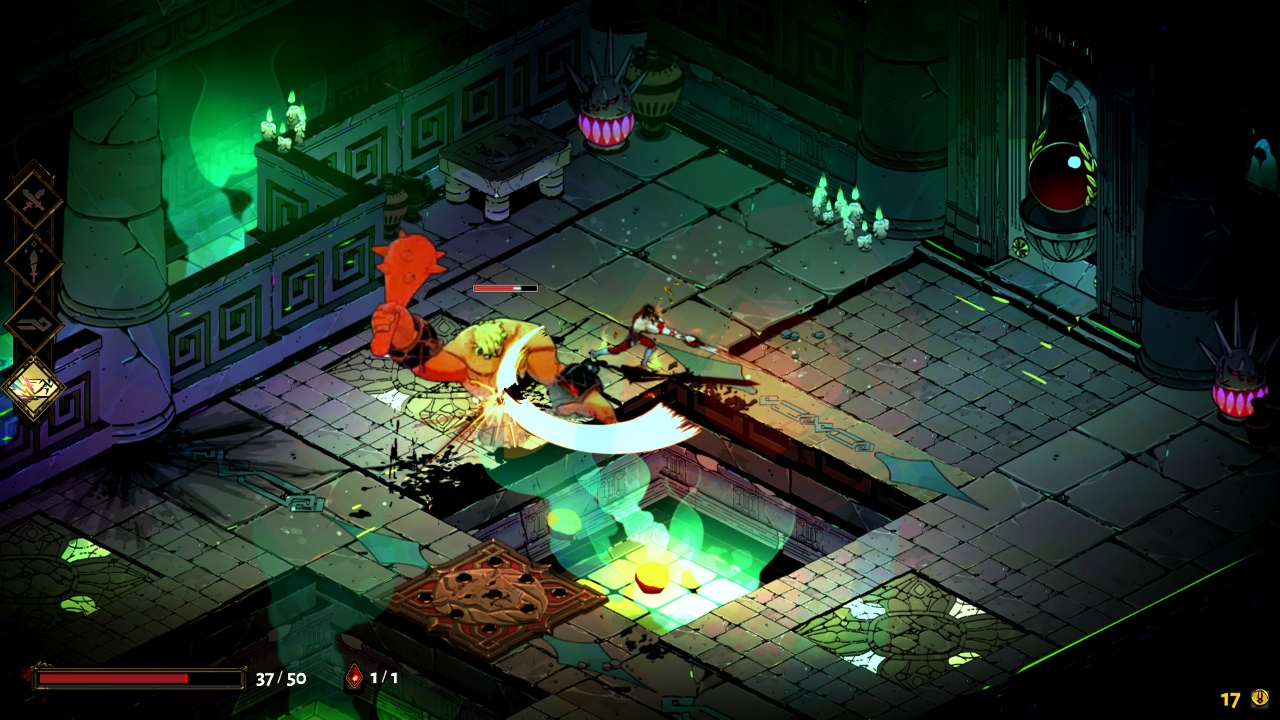 It’s a setup that a ton of you are likely familiar with. The game basically assumes that, and even then, it’s easy to get used to. But as mentioned, the execution of it all is all so immaculate, perfect even. Even with ever-shifting, procedurally-generated dungeons, the level design is superb. Enemy placement and spawns are set up in such a way to provide the best challenge possible. The controls are divine, oh so smooth. Zagreus moves around swiftly, dashing expertly between attacks. Every Boon and buff you receive is meant to make you feel as powerful as possible, to the point where it feels you can almost effortlessly plow through hundred of enemies — in a single run — and yet every single enemy puts up a proper fight, escalating brilliantly until you’re facing bullet hell levels of projectiles and yet still feeling like you always have a chance to survive.

But while Hades is another sublime example of genius in its simplicity, it doesn’t keep things too simple. Each room you clear in Hades offers you a different reward, with the most notable ones being the Boons that the various Greek gods can bestow upon Zagreus. Each god gives you one of three different Boons to choose from at a time, with varying rarities, and each one specializes in their own appropriate areas. Hermes can make you move faster, Dionysus allows you to apply Hangover effects to enemies that drain their health, Aphrodite can make them Weak and lower their attack power, etc. You can even play with them in various ways, like finding or purchasing ways to boost the rarities of Boons, finding Pomegranate powers to level them up and more. You can even trigger rivalries between the gods depending on who you equip, resulting in challenge rooms where you can get two boons, but have to fight off more enemies from one of the now pissed-off gods that was your second choice. It lets you experiment with trying to find a combo that works best for you and make combat an absolute delight.

But the Boons aren’t the the only thing to try and grab in the Underworld, as there are several items and currencies to be spent on more permanent perks. You can hunt for Darkness, Chthonic Keys, nectar, gemstones and a lot more. Most of the time, it’s a simple choice (but not always) between what door to enter after eliminating everyone in a room, with the next reward pasted above each door. Not to mention Charon’s shops, which can sell them to you on occasion alongside other treats with coins you collect. So the challenge here is in trying to manage what currencies to aim for during a run and there are a grand amount of possibilities offered. 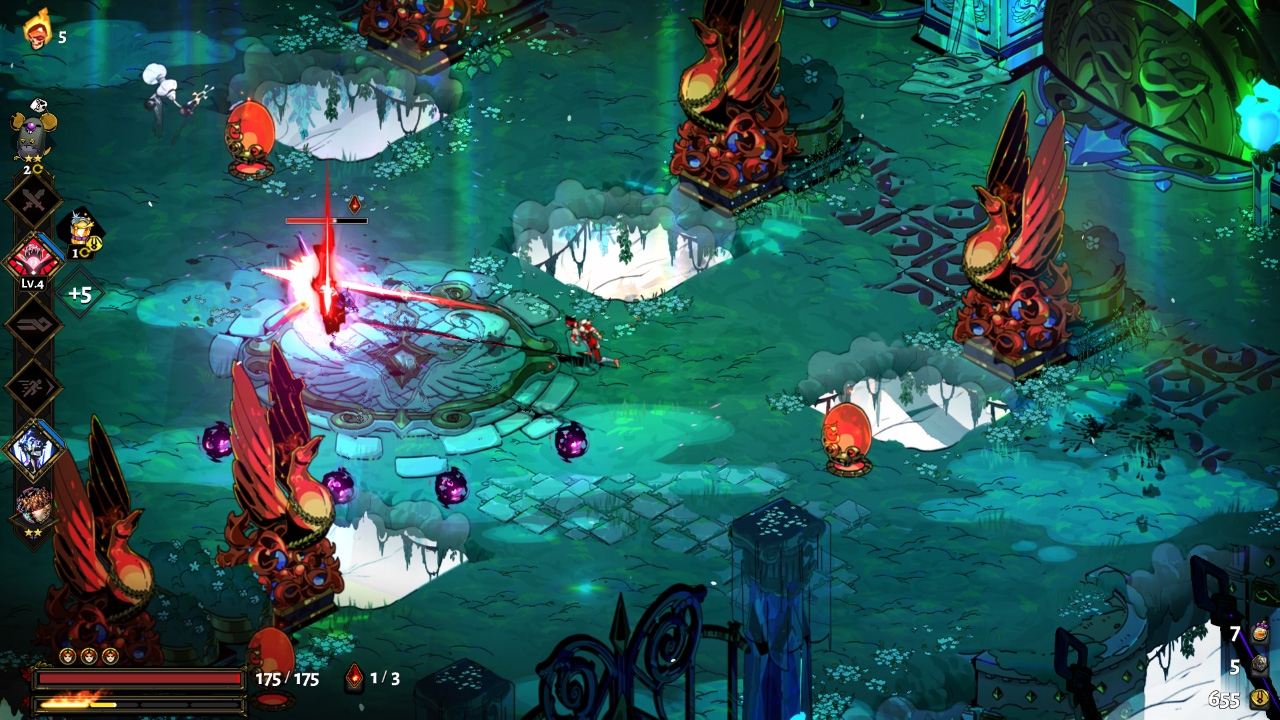 For example, you can collect Cthonic Keys to unlock new weapons, but saving even more of them unlocks new abilities via the mirror in Zagreus’ room. And there, you have you choose how to spend Darkness so that you can boost Zagreus’ abilities. But you can also collect nectar to gift to practically everyone you meet to earn keepsakes, which you can automatically equip before a run for more buffs. Or you can spend gemstones to put healing fountains and bonus chests in the dungeons. And there’s even an area to trade different types of currencies. There are so many options and ways to boost Zagreus and how powerful he is, so many things you can purchase to make the fighter through the Underworld easier. Or you can just piss away gemstone on new chairs for the lounge because they look cool. Oh, right, the House of Hades you wind up in between runs has a lounge.

Come to think of it, let’s back up, because I haven’t even discussed the story, world and style yet. And this is actually where the second indie game that Hades reminded me comes into play, and that would be Unruly Heroes. There, one of the things I was most impressed with was how the game perfectly balance its style and tone, covering every end of the spectrum from cartoonish and silly to full-on Dark Souls bosses and everything in between. And the same goes for Hades as well, striking another perfect balance. At its core, the story is simple: Zagreus, Hades’ son and the Prince of the Underworld, wants to escape for reasons that are later revealed through flashbacks. The various levels of the Underworld are filled with tons of fallen souls, however, and more that will gladly try and rip him apart. Which they will. But as Zagreus is immortal, he just heads back home when he dies, where a discouraging Hades is waiting, mocking his son’s escapes. 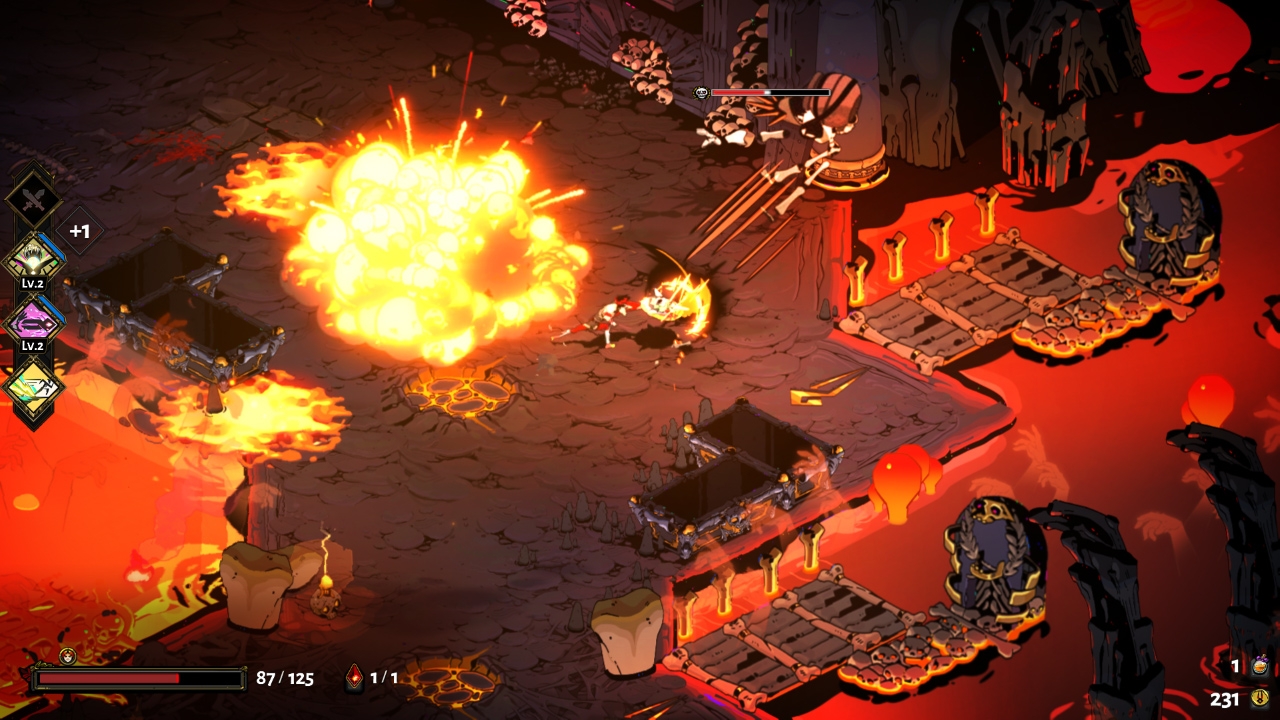 The writing, however, frames all of this in a unique way, having Zagreus’ tale come across more like a classic case of teenage rebellion that wouldn’t seem out of place in an ’80s coming-of-age story or something similar. I mean, every run basically concludes with Zagreus skulking off to his room, dismissing his grump of a dad and how he won’t give him any freedom, then sneaking out the back window every night (albeit via the armory in this case). Meanwhile, all of the gods and other figures you come across treat Zagreus like the relative he is, practically acting like his cool uncle, almost as if each Boon they give him is a beer that he’s not allowed to have. It’s delightfully light-hearted, yet all still spoken like it was a classic Greek tale. And yet there are always hints of greater stories to discover, found by talking with everyone.

And then there are the other characters you can meet in between runs, like Nyx, Achilles or even Dusa, the floating Medusa head that helps tend to the lounge. Yes, the lounge is real. Filled with spirits that merely speak in little emojis as well. And there’s also Cerberus, who you can (and should) pet each time, and a little trophy room. And per Supergiant tradition, it all looks gorgeous. The hand-drawn artwork is packed to the brim with gorgeous details, and enemies range from goofy fat louts to over-muscled thugs and skeletal beings, all vibrant and stylish. Unsurprisingly, the soundtrack is amazing as well, and the voice work is astonishing, again featuring bravo narration, from Hades himself in this case.

There’s just so much more to cover. The weapons that all feel fun and add even further variety, the impressive array of enemy attacks and various challenges, the unique dialogue that adapts to certain choices, the animation, the…well, everything, really. I can’t think of any flaws in Hades right now, even (well, maybe some personal issues, but they’re too minor to even mention). But if I had to sum up one last thing that makes Hades brilliant, it’s this: every run feels rewarding. All of them. After every run, it feels some progress is made or reward is earned in one way or another. Maybe you use a diamond to get music for Orpheus. Maybe you listen in on a conversation between Nyx and Megara for potential plot points. Maybe you spend Darkness to allow Zagreus to deal more damage via backstabs. Or maybe you just buy new drapes. It’s some of the most fun, streamlined, hack-and-slash action possible, and every time you play, you get something new out of it in some way. Again, it is all immaculate, plain and simple. 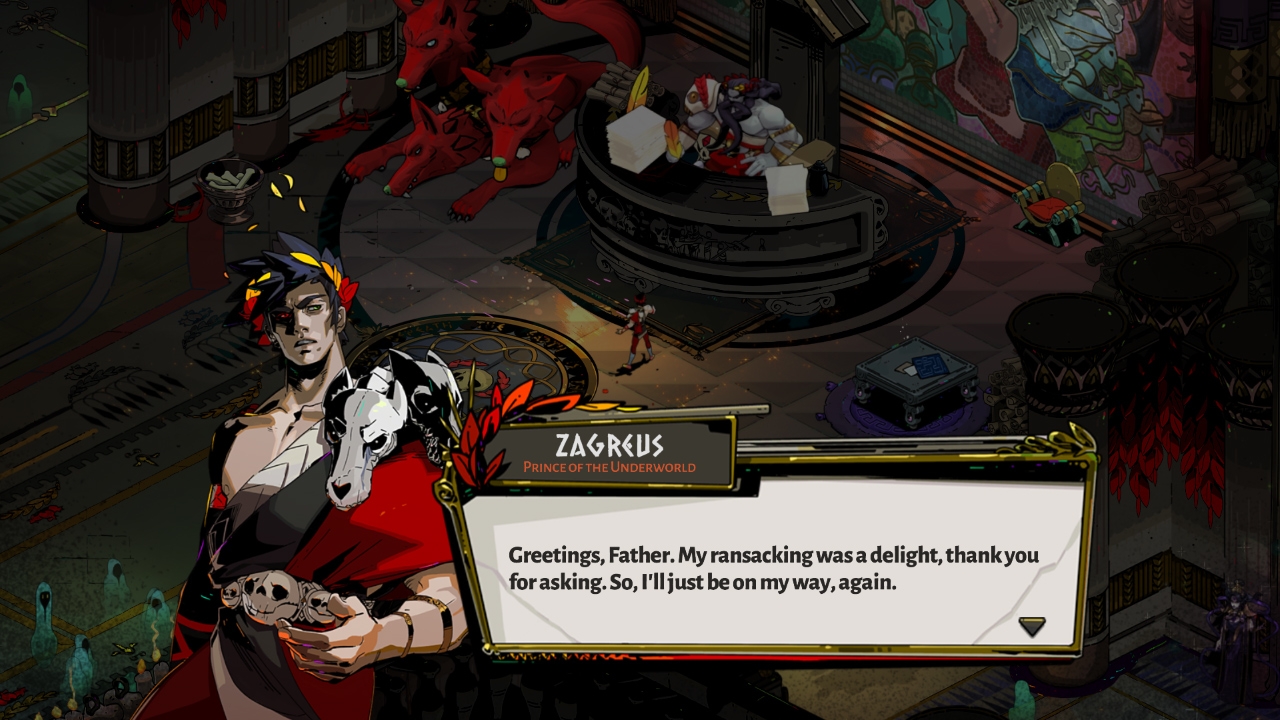 Hades is no less than an absolute masterpiece, easily a contender for Supergiant’s finest work yet, and a candidate for the year’s best game. It delivers truly classic action in almost every sense of the word, has the perfect level of difficulty, looks breathtaking and has a unique take on Greek mythology that hits just the right tone, always finding a way to keep you coming back for more, always playing to see what’s next. It’s the stuff of legends and everyone involved should be proud of what they’ve made.