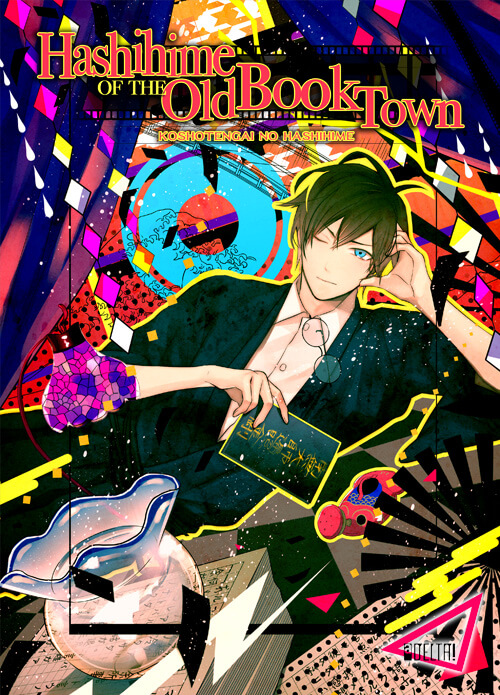 Hashihime of the Old Book Town

As visual novels become more popular in English-speaking countries, it only makes sense that more genres receive official releases. This includes the boys’ love (BL) genre, which is finally getting more attention in the west. For the uninitiated, BL means that the story focuses around a male protagonist with male love interests. This is of course opposed to the otome and bishoujo genres which are released far more frequently in the English visual novel scene. The latest release in this realm is Hashihime of the Old Book Town which was developed by ADELTA and published by MangaGamer.

Hashihime of the Old Book Town tells the story of a young writer named Tamamori and the mystery he gets caught up with in 1920s Japan. He moved to Tokyo with hopes of getting into a prestigious university but doesn’t pass the required exams. Things get even worse when he’s summarily kicked out of the place he’d been staying. In an amazing stroke of luck, Tamamori begins working at a bookstore with a mysterious owner who never shows his face. This stranger also lets him live there and pays for his necessities. Living at a bookstore with only a few customers leaves Tamamori tons of time to work on writing. His imagination and love of storytelling is so strong he turns the fictional characters, such as a talking frog, into imaginary friends. One night a friend invites Tamamori to see a movie. Nothing seems off about it until the friend ditches the movie. The terrible truth is that the friend died — and no one knows why.

Tamamori cannot deal with the loss of his friend… but maybe he doesn’t have to. It’s after the death that he realizes he can travel back in time. This time travel power only goes back three days, though. Can anything be done to find and stop a murder in such a short timespan? That — as well as a lot more — will be uncovered by players throughout the game. As with most time-traveling tales, expect to see a great many timelines. Some offer outrageously different outcomes while certain aspects remain eerily similar throughout. All in all, the story provided proves compelling and is absolutely worth completing. 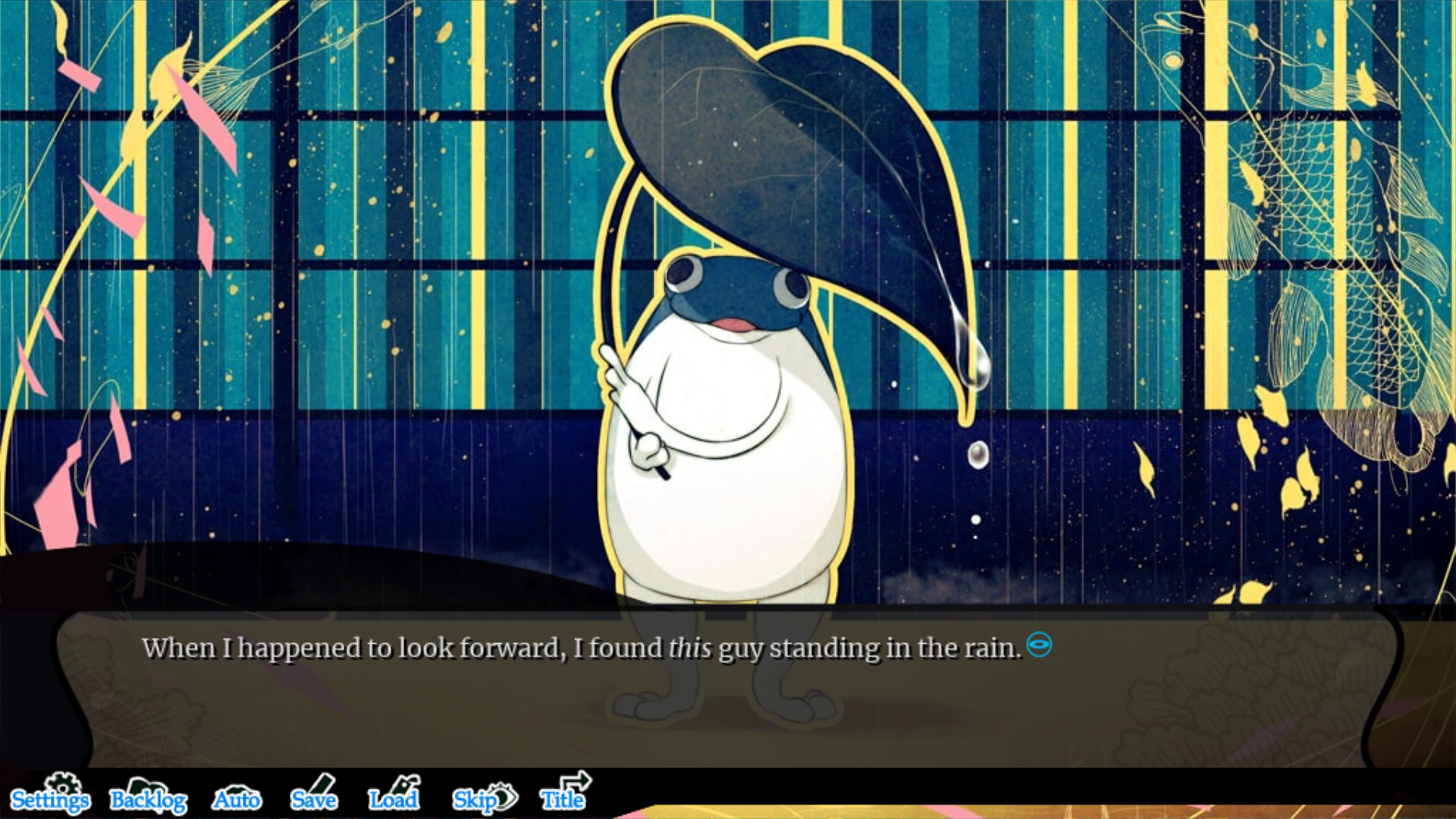 It’s important to give a breakdown of how Hashihime of the Old Book Town’s routes work, as they are a bit different than some other visual novels. There are five routes — each comprising a chapter of the overall storyline. The game is linear and must be replayed from the common route each time. After finishing any route, however, a new option pops up which pushes players down a new path. This ensures that everyone plays the chapters in the exact same way rather than being free to go down routes in a random order. Each chapter builds on the last until the final chapter concludes them all (in an admittedly controversial way).

Each route also lets players get to know one of the five different male romance options. They range from sadistic to pushovers, and are all intriguing characters. Unlike some other BL games out there, there’s also not a massive focus on sex scenes. When sex occurs, it typically makes sense within context. Some early scenes are drawn artistically and do not focus on the more “hardcore” elements of the scene. Later routes do get more explicit with their depictions, though even then it still feels tamer than some other examples from the genre. Please be aware that both the Steam and MangaGamer version of the game are identical — meaning you will see these scenes regardless of the version you play. As such, no patch is required for the Steam edition. 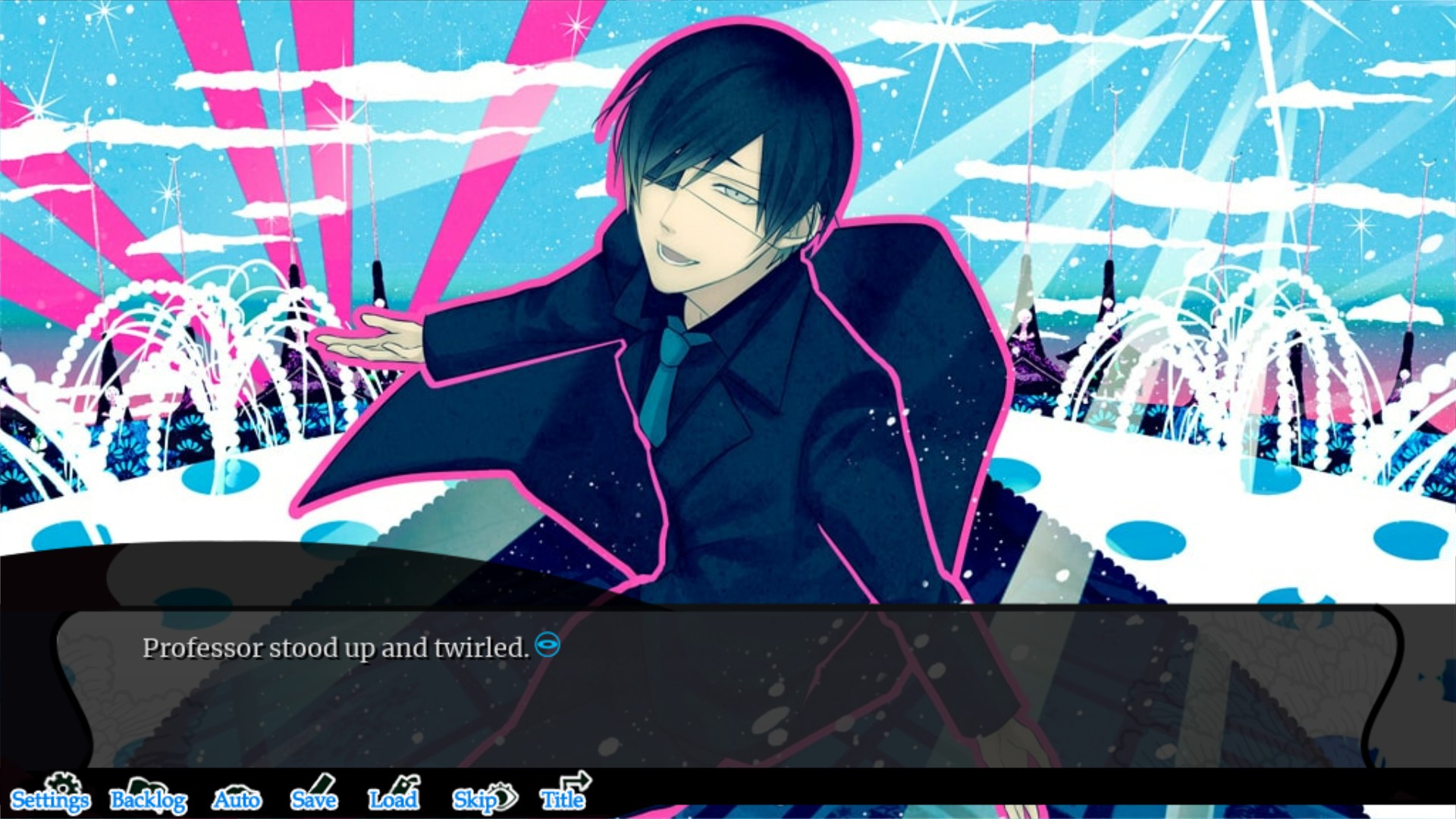 MangaGamer touts Hashihime of the Old Book Town as an experience that lasts between 30 and 40 hours. This is likely true for some readers out there, but fast readers can easily complete the entire game in closer to 15 hours. The story is generally a joy to experience and there are only a few instances of typos to be found. That’s honestly great for a game of this length. Because the game takes place in 1920’s Japan, there’s also a fair bit of details in the script which might not make sense to modern audiences. As such, an in-game dictionary assists by giving explanations for the myriad of references.

Aside from the twisting storyline, the other major highlight is the artwork. At times the game features sprites and backdrops which don’t look all that different from typical visual novel fare. Tamamori’s creative mind, however, is often tapped into to create vivid, striking scenes. The coloration and design of these moments stands out from other visual novels with ease. These unique sequences amplify the game and also serve as a great way to get people to check it out at all, because of the art’s incredible uniqueness. 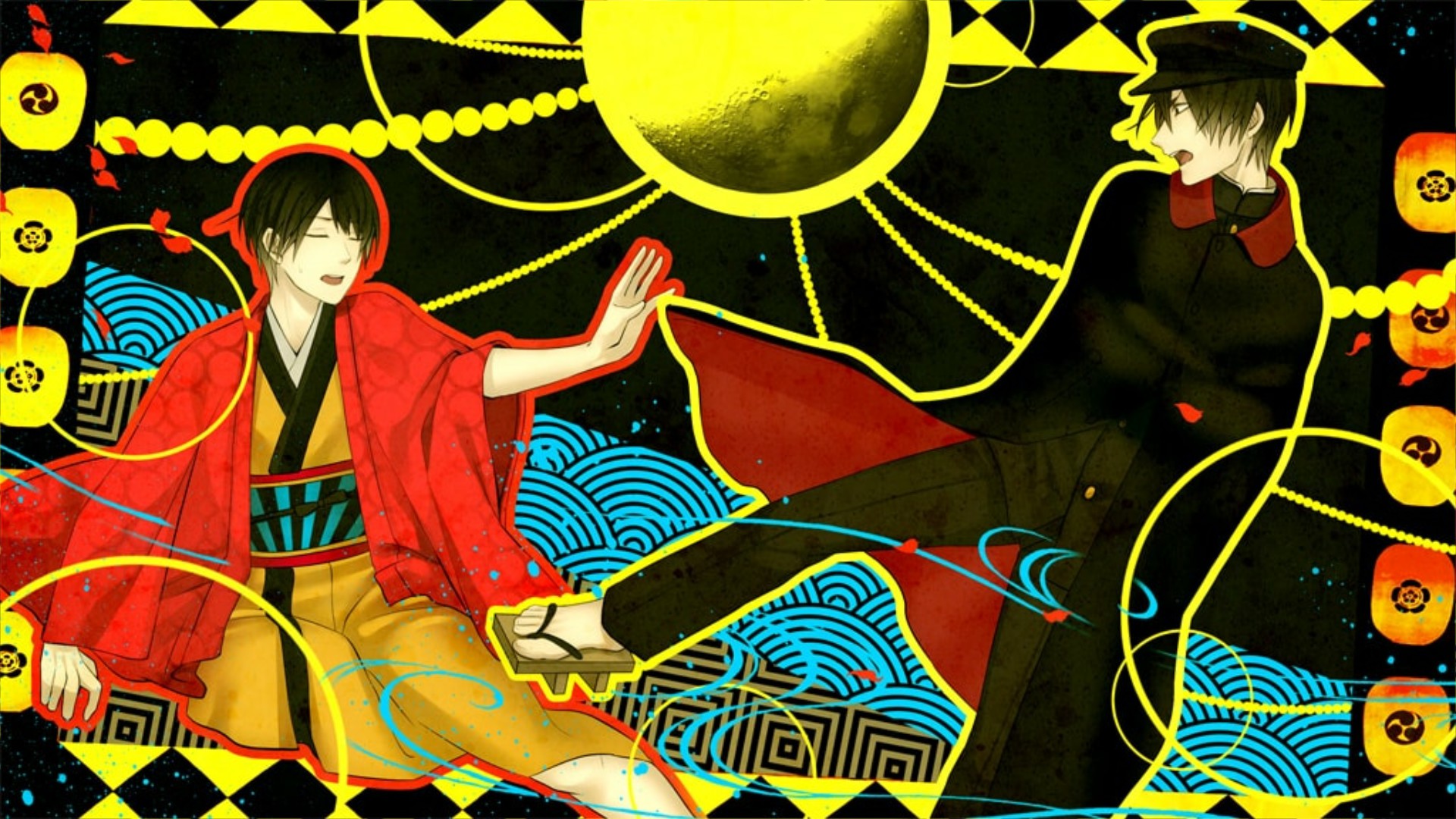 When it comes to BL visual novels available in English, there isn’t really too much choice available yet. Hopefully high quality releases such as this help to grow that market in the future. Hashihime of the Old Book Town provides an engaging story from beginning to end. Despite weaving in and out through different timelines, it never becomes overly complex as can occur with time travel fiction. The only let down might be the strange note that the writers chose to end the story on. Everything else, however, makes Hashihime of the Old Book Town a game that you’re not likely to forget anytime soon.