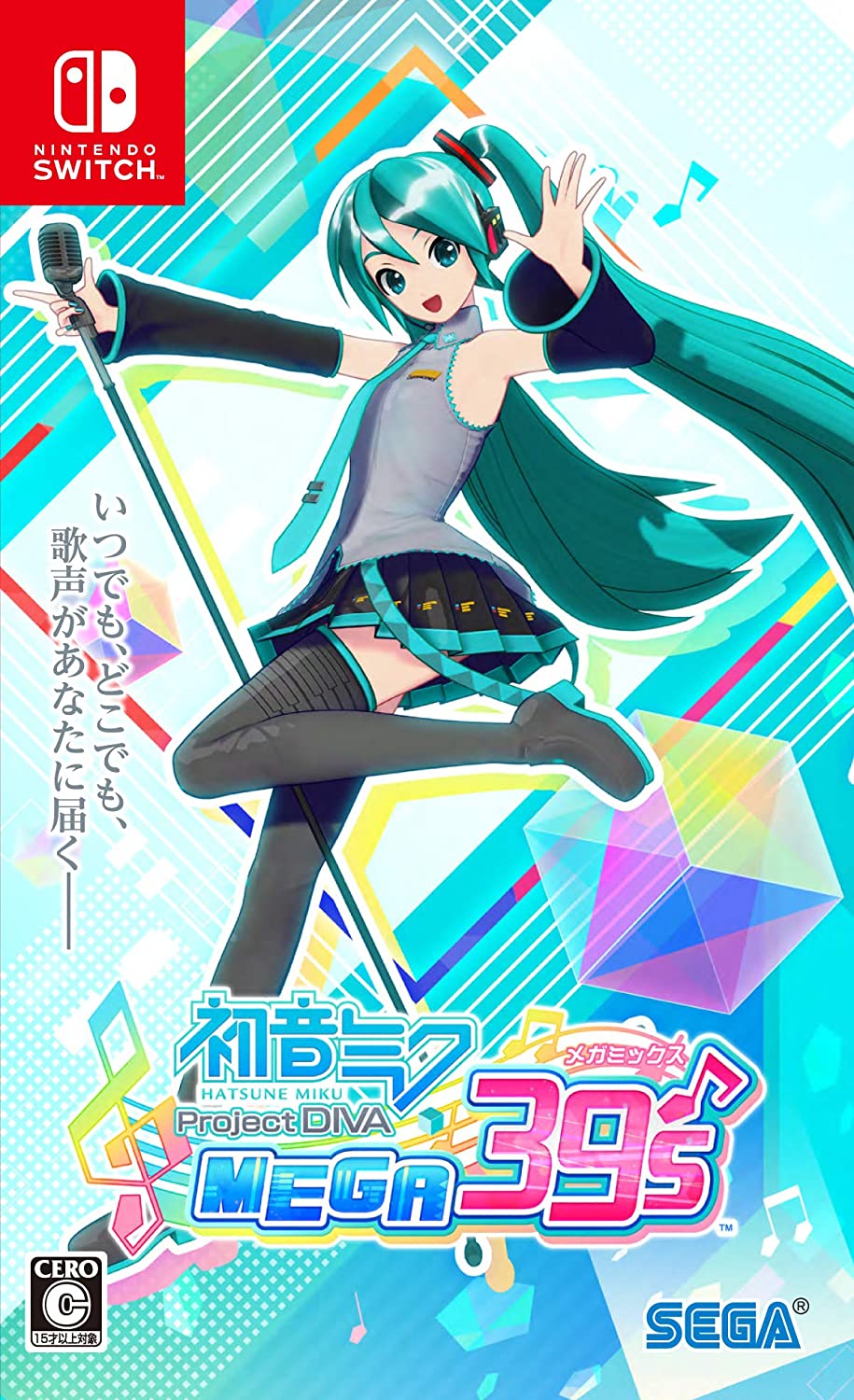 Many people who have familiarized themselves with gaming, anime or Japanese pop culture are likely familiar with the wildly popular Hatsune Miku. She’s the most recognizable of the Vocaloid cast and has become a consistent icon for digital pop stars over the years. Back in 2009 the first ever Project Diva rhythm game released, which introduced many to Vocaloids for the first time and gave more access to experiencing their music by testing their skills in rhythm. For the first time ever Project Diva is making its debut on Nintendo Switch with Mega Mix, so just how well does it keep up the beat?

As with most rhythm titles, there’s no story accompanying the journey into matching the beats but there are little tidbits of the reasoning for why everything is happening. The Vocaloids are pop sensations in their own world and they want to make a splash with their flashy music videos. In order to do this they have to have everything go perfect, or near perfect, and that’s where the gameplay comes into action. Although it has no impact, the closest story reason to playing music is to get high rankings for the Vocaloid singers in each song in order to reach more people and get even bigger as a group. It’s a simple yet cute take on making these feel like real idols living their best life and singing their hearts out.

Since the very first Project Diva title, the general rhythm style has remained the same. All four face buttons on the controller are used to press in coordination as a hollowed version of the symbol appears on screen and is flown from off screen to be pressed at the right time. Some buttons will need to be held down to get a higher score and multiple at a time may also need to be pressed. Hitting it accurately with time rewards a higher point value and there’s a health meter that drains when notes are missed. There’s also the addition of the analog stick which is used to flick left and right to hit arrow notes or hold down at certain times. All the while a music video of the singing cast of characters goes on in the background as not only enjoyable scenery, but a challenging distraction to overcome while trying to keep with the beat. The goal of each song is to keep health up and reach the required point value in order to pass, with more accurate plays leading to more points earned and in turn more VP which acts as the currency to buy customization. There are five difficulties total, two of which must be unlocked for each song by completing the hard mode on each song in order to gain access to it. 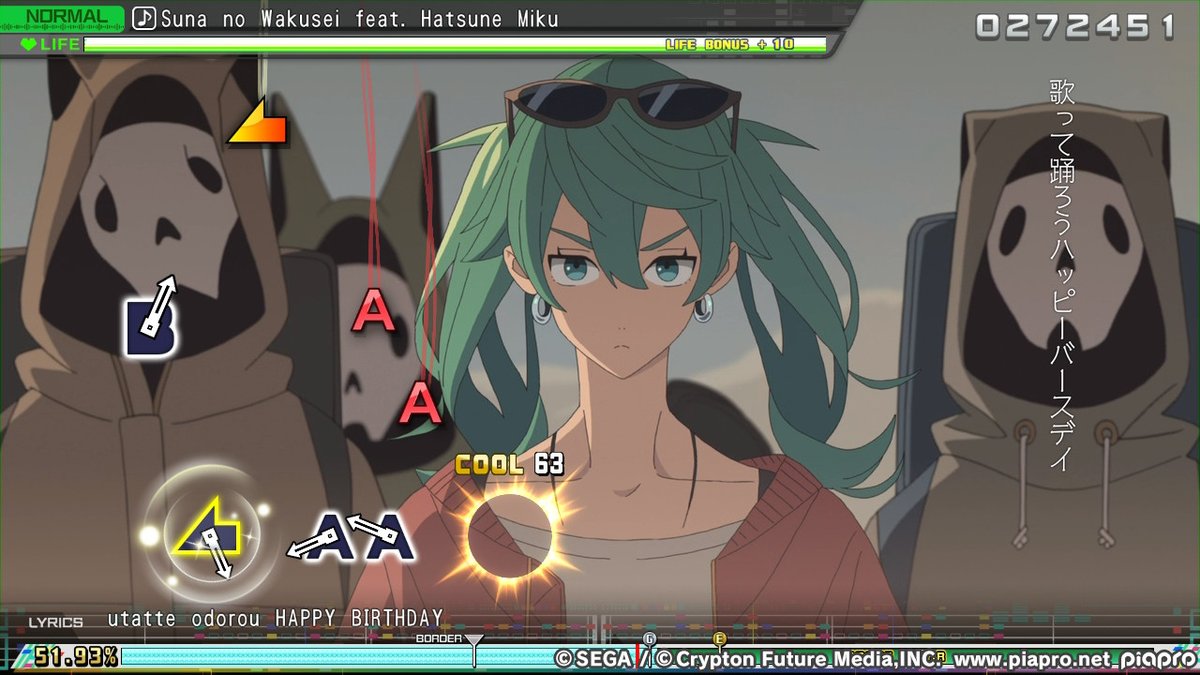 Fresh to the Switch version is the brand new mix mode, which acts as a completely different style of rhythm play than the usual simple button presses. Mix mode incorporates the Switch’s motion controls in its Joy-Con, having players hold them upright and tilt left or right in order to reach color coordinated notes. These must be hit using ZL or ZR and include third long notes that are held. At first the idea of motion controls was reminiscent of other rhythm titles that did the same and were somewhat inaccurate, but this mix mode is actually fantastically well put together and doesn’t at all feel like it was tacked on last second. With three difficulties to take on, it’s a fun challenge to play songs in a brand new way that is just as fun as the main style, and may even be a more difficult option for those looking for the next step up.

Depending on how well a song is performed, VP is earned as the in-game currency. This in turn is used to customize the Vocaloid characters from a wide selection of wearable items. This includes full outfits, hairstyles, accessories and even custom-made t-shirts. While mostly cosmetic, wearing recommended outfits for songs can earn more VP and just tend to make the music videos that play in the background that much more enjoyable when the outfit matches each scenario. T-shirt customization is simple, but does allow for those interested to make creative t-shirts any character can wear to show off whatever logo or artwork they like. The Switch is touch compatible in this mode, so the correct stylus can be used to help those who really want to show off their skill in t-shirt designing. 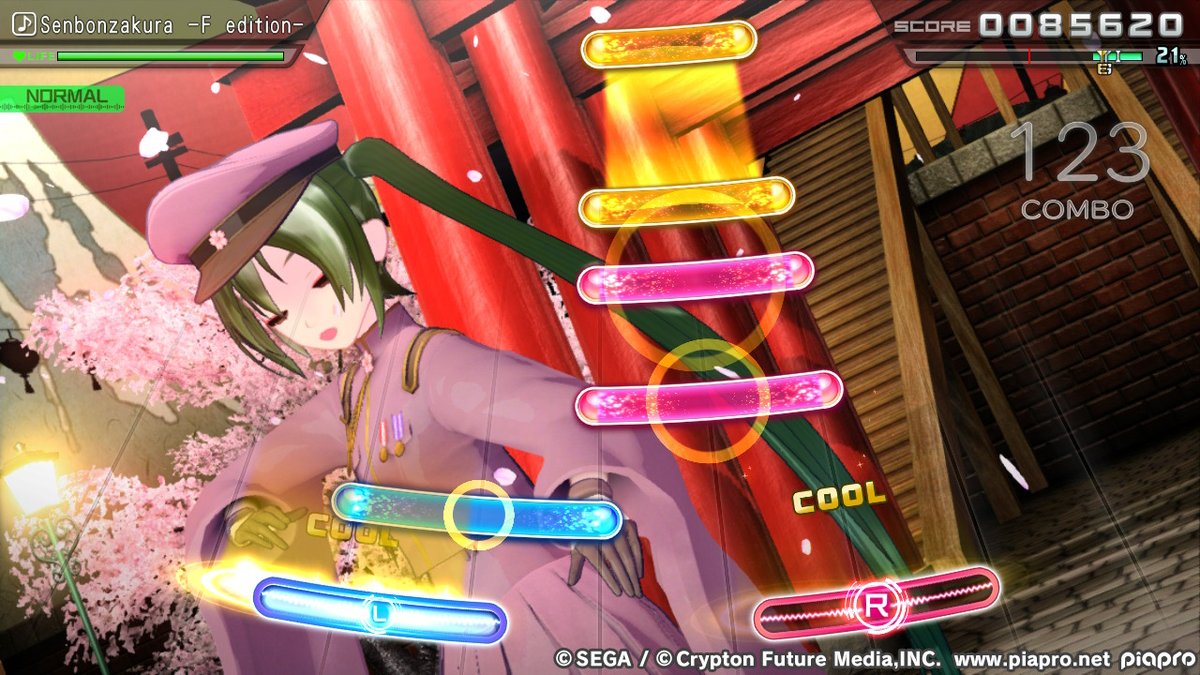 Mega Mix is an entirely single player experience, but there’s a ranking mode where players can compare their skills around the world. This is the only form of competition there really is, but it’s a nice way to see and be challenged to improve. A good way to relax after a long play session can be with the playlists, where songs can be put together nearly 400 playlists of near 400 songs to listen to. This is also the only way to watch the music videos without being interrupted by musical notes, so it’s just a great way to enjoy all the great effort that went into them.

The visuals are wonderfully charming in the music videos, with each character being excellently animated during the 3D videos and the occasional creative 2D animations being wonderfully glorious as well. The music is of course a fantastic selection, but like any music genre those unfamiliar might want to sample what it’s like to make sure it’s like to get a taste since the unique sound of Vocaloid voices might not appeal to everyone. There’s a solid selection of 83 songs in the base version, with more than can be purchased, but the base assortment of songs is great. The frame rate is fantastic on Switch, as any drops at all would completely hinder any rhythm title. Latency while in docked mode will depend on the TV, but this can of course be changed in the settings to fit each person. Handheld is a flawlessly fantastic experience so it’s an easy one to sit down and play anywhere for a good few hours at a time. 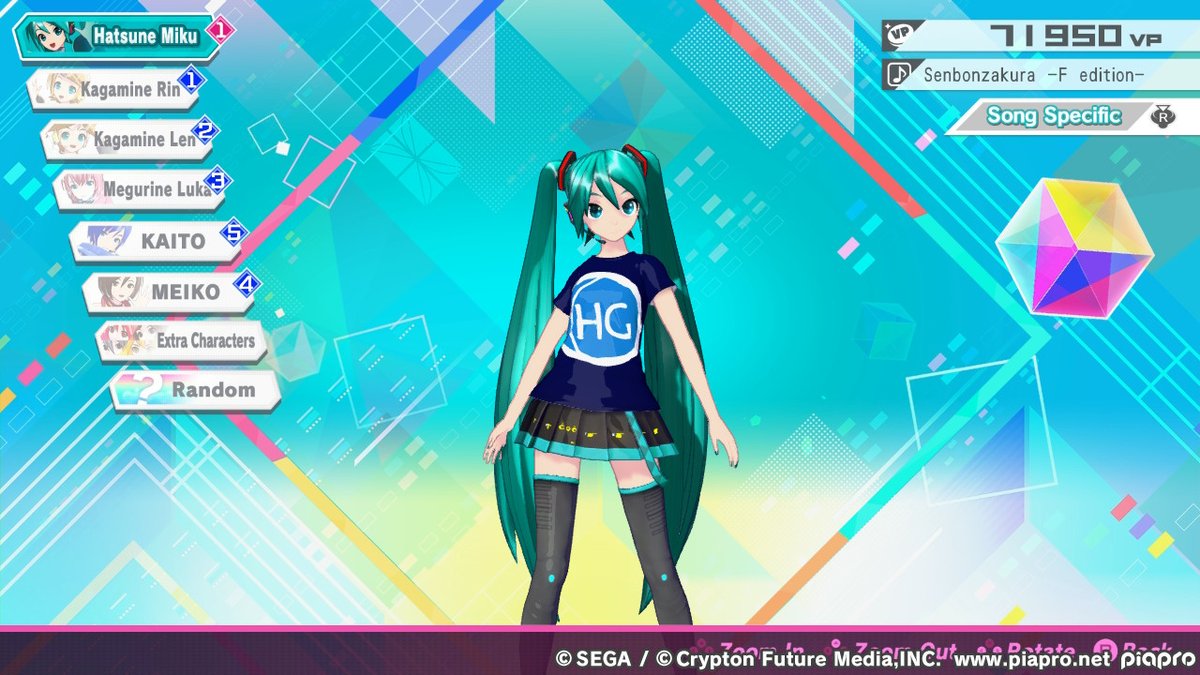 It’s hard to go wrong with Hatsune Miku and all the other Vocaloids in one of the most enjoyable rhythm titles on Switch. Although everything about how to play is simple at face value, it gets more challenging the higher the difficulty goes and constantly challenges one’s rhythm and ability to be alert without getting distracted. Anyone who enjoys the style of music and keeping up with a beat will enjoy the latest in the Project Diva series, as Mega Mix delivers on being a fantastic time. The new mega mix mode is an awesome addition that gives more ways to enjoy all the songs and move to the beat the entire time. There’s a reason Hatsune Miku is so popular and Project Diva Mega Mix further proves she’ll be here to last for a good long time.