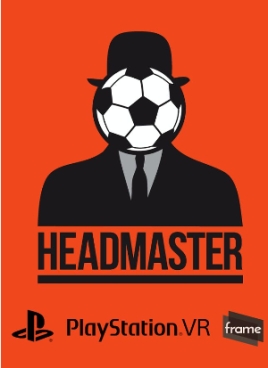 Headmaster has gone from something dreamed up at a game jam to a real-life game that does something nothing else does in virtual reality. It’s a sarcastic and slightly eerie head-bopping soccer/football game. Your mettle is tested in a variety of ways, with a deadpan announcer providing running commentary of things like advertisements and plugs for the fictional school of football you’re attending. There’s a sinister feeling to everything that you never quite shake. First, it’s the fact that everything takes place at night or in some cover of darkness. It’s unnerving and then you have the instructor letting you know about all the things you’ll be billed for like it’s some crazy soccer-related hotel.

Thankfully, there’s no $5 charge for drinking a “complimentary” bottle of water — but there is a lot of fun to be had with this limited concept. The core game involves sitting down and moving your head around to lob soccer balls at various things. A net would be the most obvious — but that’s boring, you need excitement in your life. What you really crave is the ability to lob soccer balls at ramen noodle boxes or better yet, targets around those boxes. To add even more excitement, you really do need some kind of explosion and the second-best place to get those beyond a Michael Bay film is here. You can now lob exploding soccer balls at things. This not only looks cool, but gets you larger scores. The more you score, the more stars you’ll get and the faster you’ll advance through the campaign.

The story is little more than a backdrop for crazier and zanier things involving soccer balls of all types, but that works for the game. The concept is a bit too limited for long play sessions though. Going with half an hour or so of play with either friends around you to support you or alternating between players works best. That way, everyone can have fun/mock everyone else and have a good time. Outside of the initial menu, there isn’t a controller needed — but you will want to make sure to have everything set up exactly as you want it. 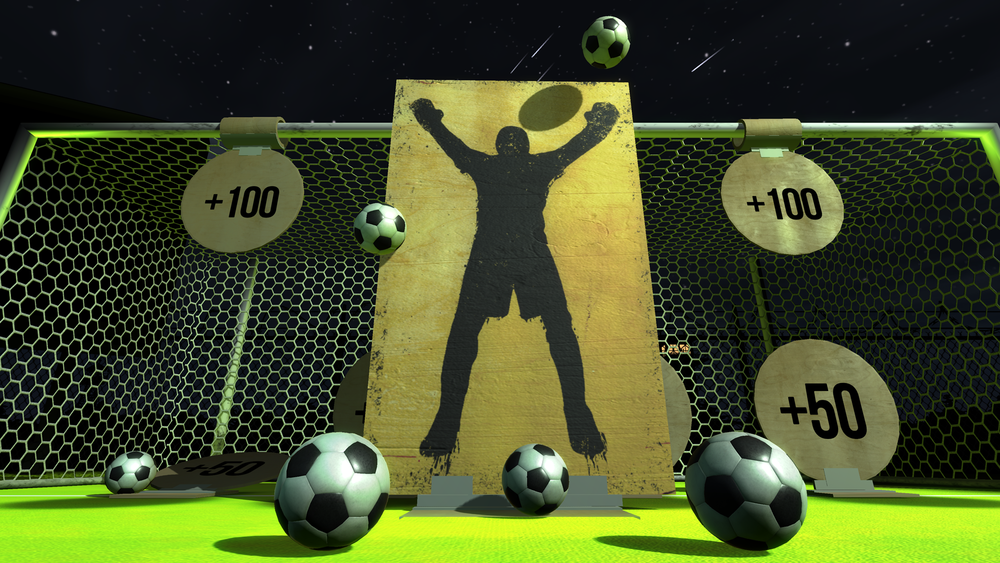 During an early play session, we wound up having to sit on the corner of a chair to get our movements to register. It was odd, but worked reasonably well. Being head-on with the camera is clearly the best course of action though, and doing that enabled us to greatly improve our play. It’s still a bit weird getting used to true first-person visuals for a game like this though and judging depth can take some getting used to. An hour of play does get you acclimated though and you’ll be headbutting soccer balls like there’s no tomorrow soon enough. 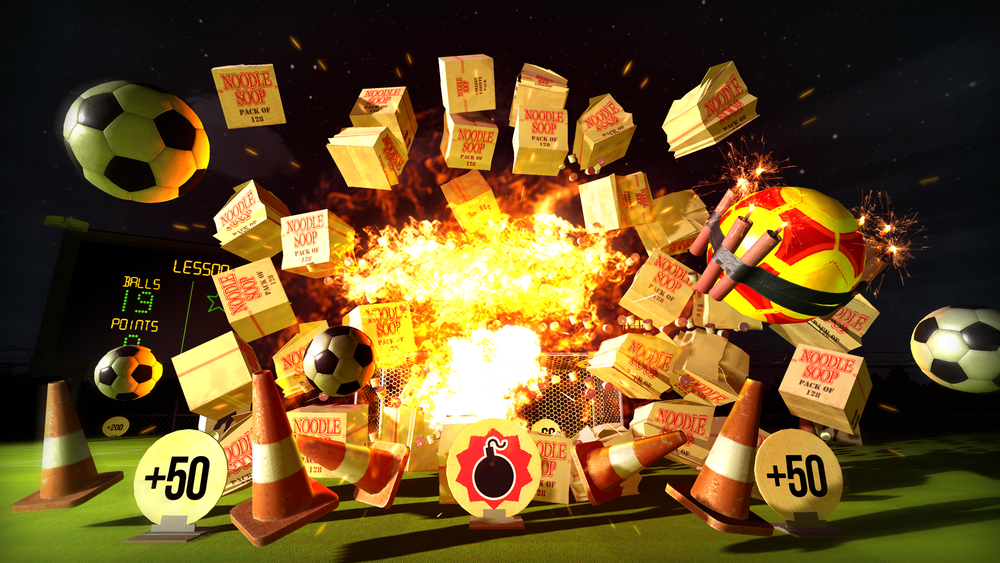 Still, for a game with a limited concept, Headmaster does succeed nicely. It sets out to do two things — providing a soccer-style game that shows VR can work with sports-themed games and throw that concept a curveball with some dark comedy. It succeeds at doing very little, and while that may sound like we’re damning it with faint praise, it really is a lot of fun to play. It’s probably the best party-style game of the launch lineup and something that any potential VR owner with a large circle of friends will want to pick up.